After a week of intense work correcting bugs and polishing some mechanics, I am pleased to announce that the new version of Larissa-CODE has finally come out!

After a week of intense work correcting bugs and polishing some mechanics, I am pleased to announce that the new version of Larissa-CODE has finally come out!

This command is necessary when you want to see the level before acting. To use it you have to write "Simul.Spectator". The camera will be unlocked and you will be able to explore all your current room. 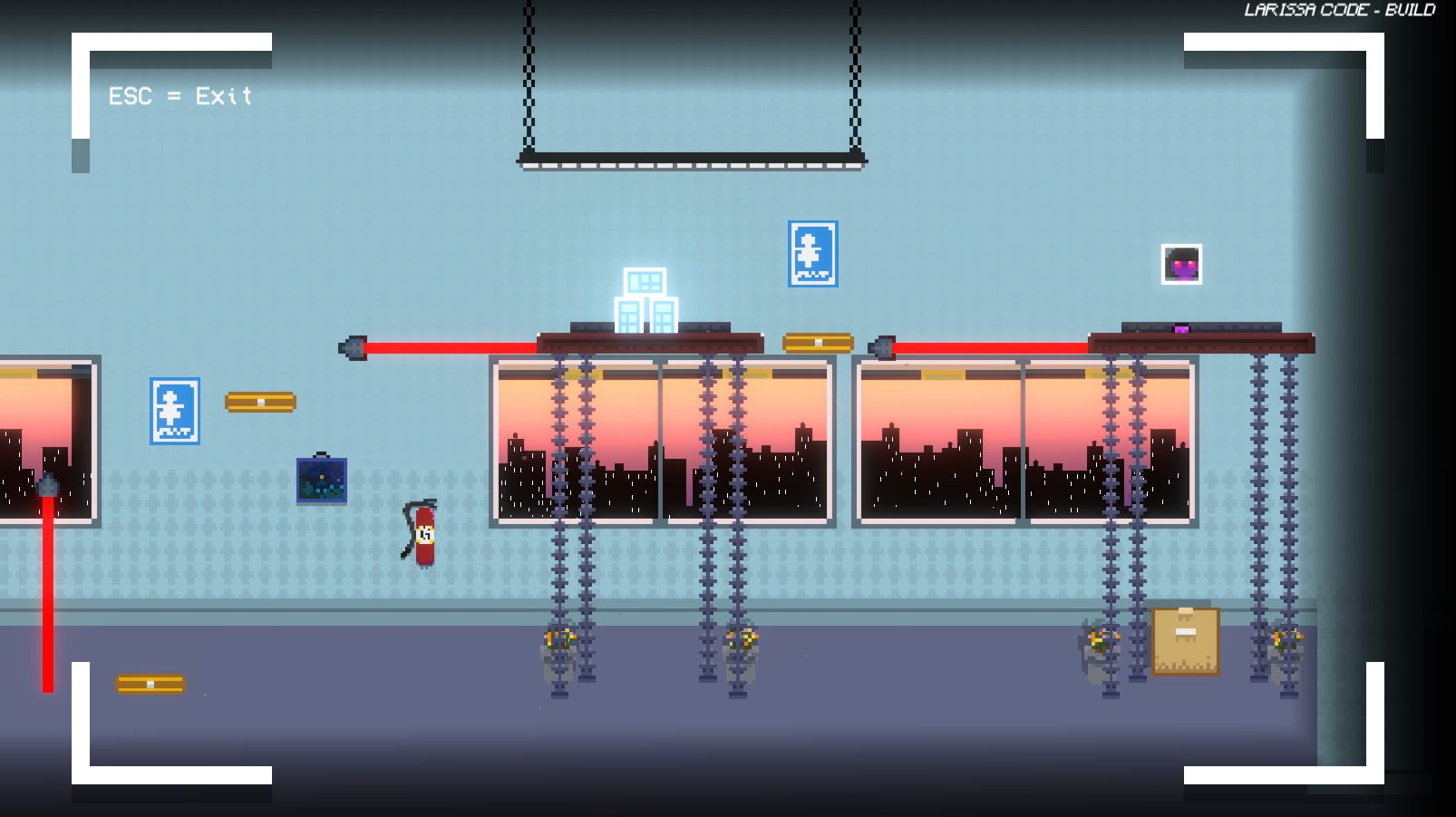 I changed one of the four main commands as it caused some confusion with another command called ".GameObj". This makes the difference clearer and it is understood that ".Config" is for viewing the game options.

Many people told me (even my beta-testers, but I didn't listen to them lol) but the game needed a save point system to avoid having to do the whole level when making a mistake. So here it is! up and running! When you cross a save point Nora will make a little confirmation sound, this means that when you go back in time, you will respawn in that save point with a predefined amount of Fragments.

Collectibles on Each Level

Now in each level are hidden three collectibles, in the previous version they were also, but now they are shown in the level selection menu!

This is perhaps one of the changes that most affect the gameplay, the new design of the HUD is much more friendly than the previous version. Leaving the button to enter CODE Mode on the left, and the rest of the buttons on the right.

Also, the buttons on the HUD are no longer interactive when you are in CODE mode, so you can avoid pressing them by mistake when you want to select an object. 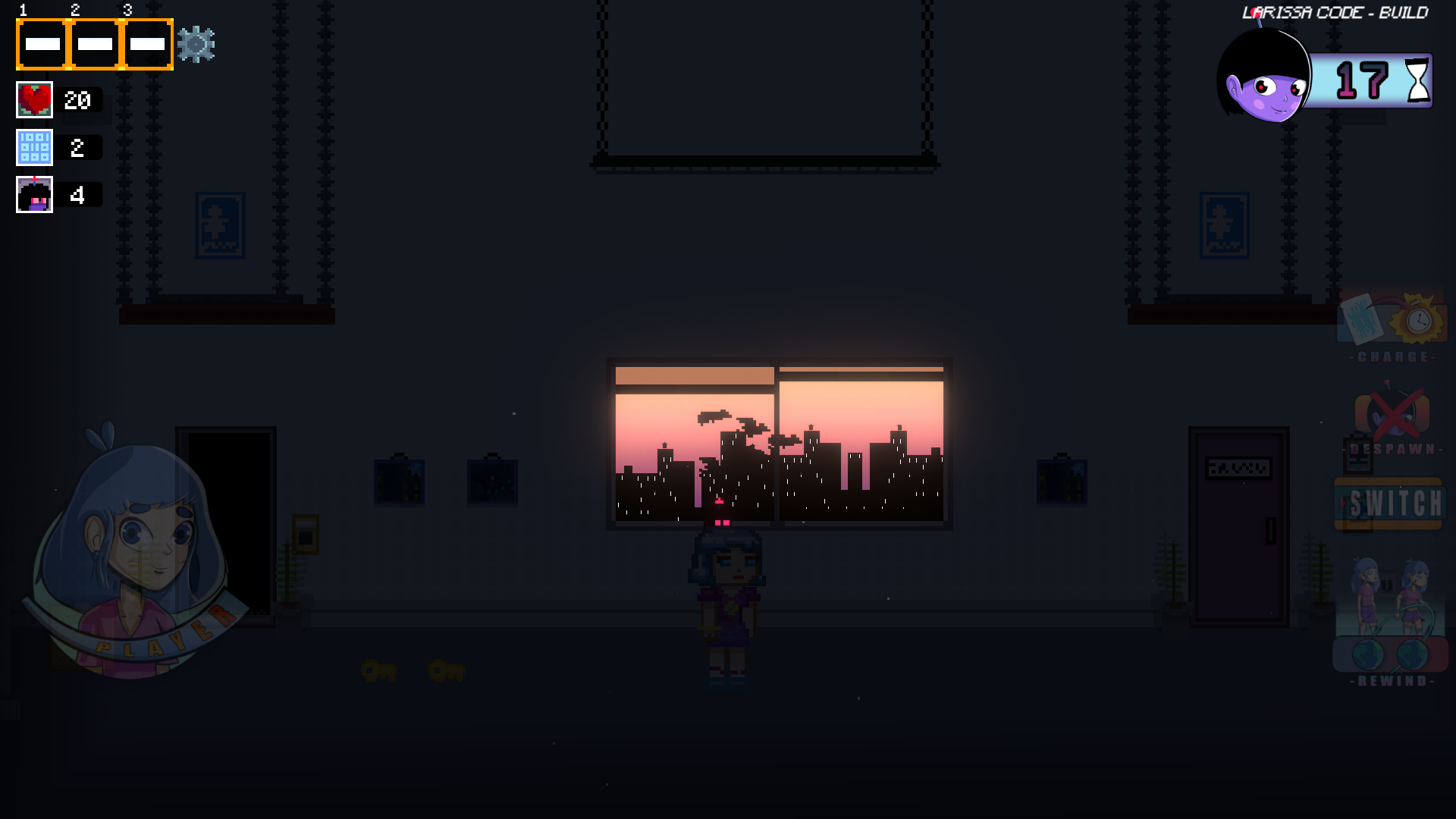 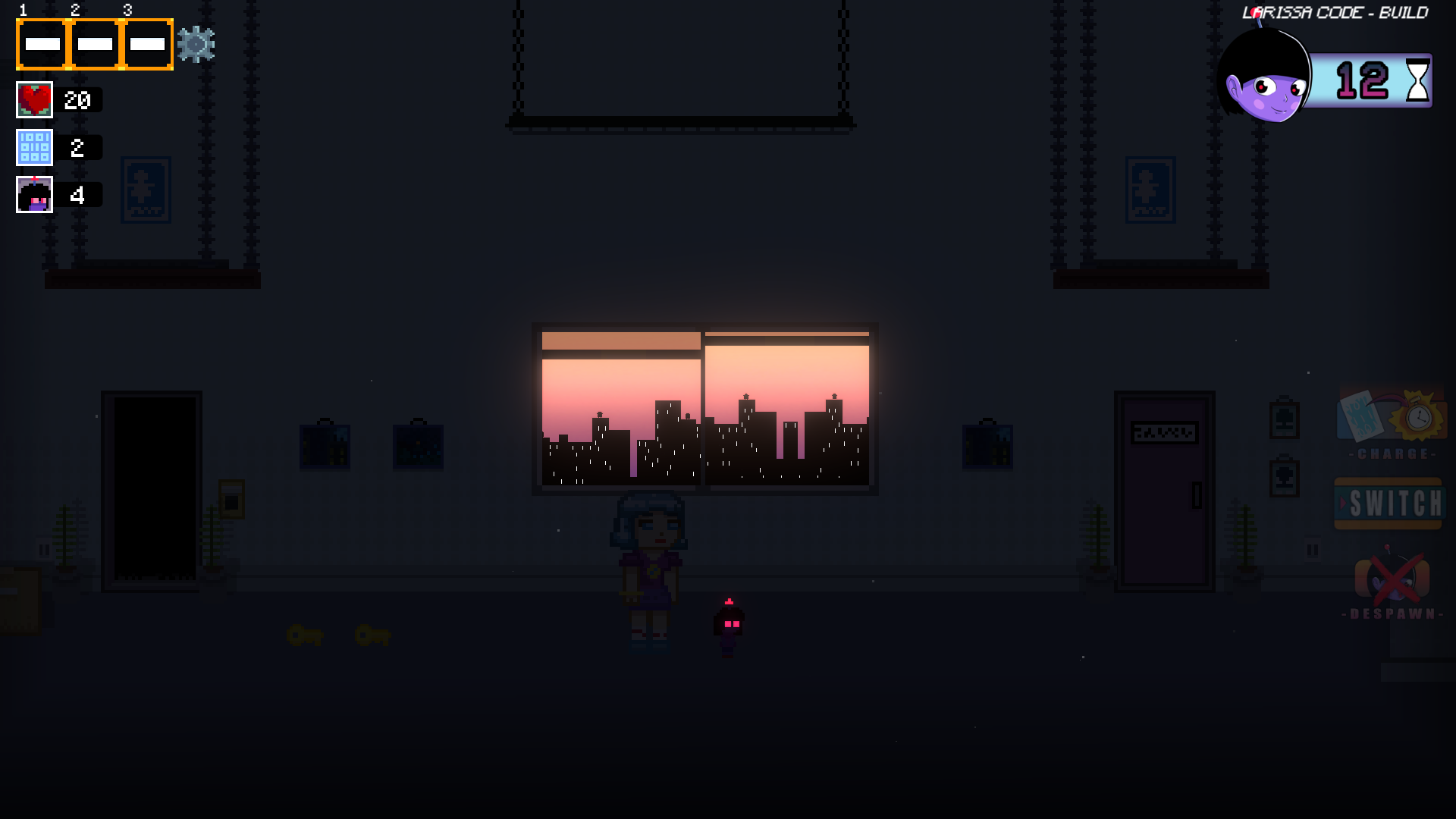 Shortcuts on the Controls

Now the controls are a little more friendly to more experienced players, here is a quick list of the new shortcuts.

This may be a technical change that is not so noticeable to the naked eye, but it is still important. The new collisions system corrects some errors such as "Ghost Messages" that were shown when the player was not colliding with the object, besides being more optimal and consuming less resources.

Besides, now certain objects stop showing a message when CLARA carries an object and presses "Shift" to throw it.

The Main Menu computer automatically checks for game updates, if it finds one, it will send a message to the players notifying them of the new version, and sending them to the download page.

The first difficult level is finally available! Cross the entire first level before the bomb explodes, a challenge for the most masochistic players! 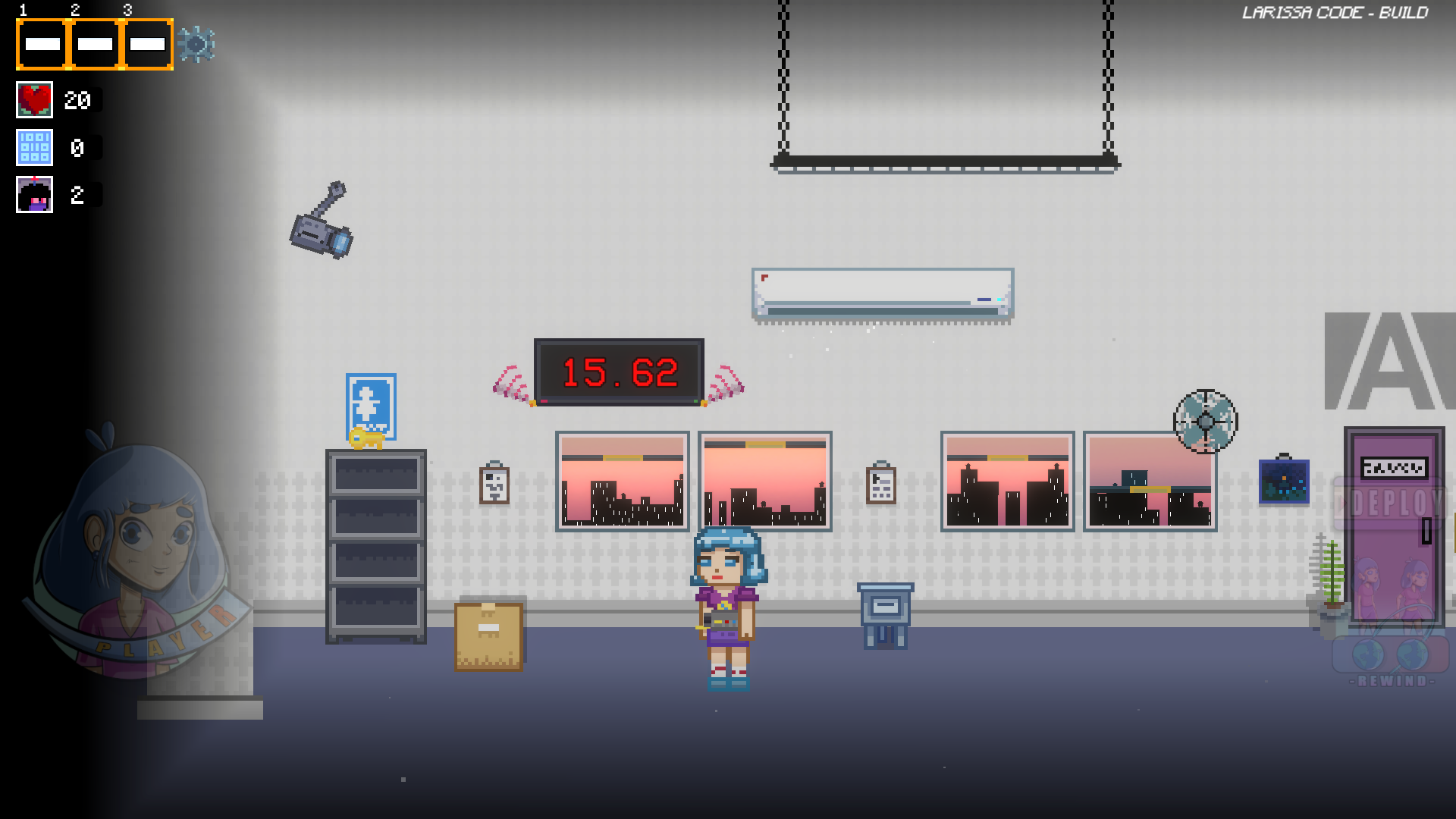 To be honest there are many subtle changes, but I don't think they need to be mentioned. Thank you very much for keeping up with this project! In a few weeks wait for another big update, in the meantime I will eventually be uploading patches correcting bugs and adding a few small things.See you next time!