Due to copyright reasons we had to change the name of the game to Duck n' Dodge.

One of the most recent challenges we've had is the name of the game. After doing some searching we realized that someone else had a copyright on the name "Just Duck It." To be frank it was never meant to be a permanent name. Just a place holder until we launched the full version of the game.

We decided to take this opportunity to change the name of the game just before our first marketing push. it took a ton of meetings to find the best name but couldn't decide between 3 names. We asked the fans which was their favorite and they voted on Duck n' Dodge. I hope you like the name as much as we do.

As a bonus here is a picture of a similar game from Poland that fellow game developer Jakub Kasztalski sent me. 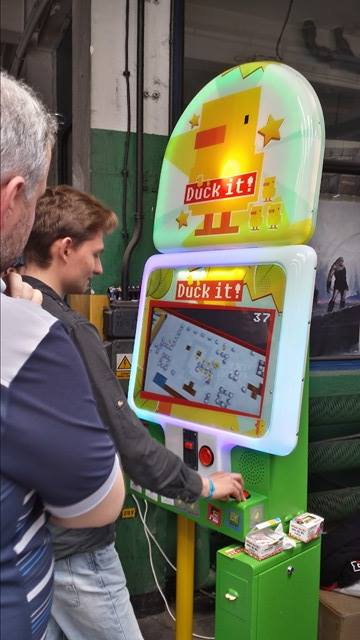