Currently I'm working on fighting and steering system. I want to make something out of ordinary, with strong focus on touch interface for tablets.

I remember pre-iPad times, with few tablets on a market. It was my dream to own something like that, but price was terribly high (thousands $$$). Also I bet I could use this only with an axe, early touch systems were non-responsible. Btw. anyone saw Dynabook prototype En.wikipedia.org ? It was 1972. Now I know what to use as pimp-gadget in my game ;)

Anyway... now we have plenty tablets with great multi-touch responsibility and resolution, but in my opinion, this interface is used in wrong way in many games. I'm saying it as gamer not as smartest developer on the world with secret knowledge how to use touch interface. I don't know, but I'm trying to find out something acceptable for me using the prototype. Come on... displaying joypad on screen is like displaying beer and trying to drink it (wait... there was application like that...). Anyway... joypad is joypad, keyboard is keyboard, mouse as mouse, and touch screen needs own control system. Probably closest to answer is Infinity Blade. Drawing moves is quite natural, I remember game from '90s with sword imaging exactly mouse moves but I can't remember name ? Also games like Sonic Dash has cool gestures, but there is no freedom of movement in that games.

Here is simple level for prototyping the fight and control system. Probably it will be finished as tutorial level for a final game: 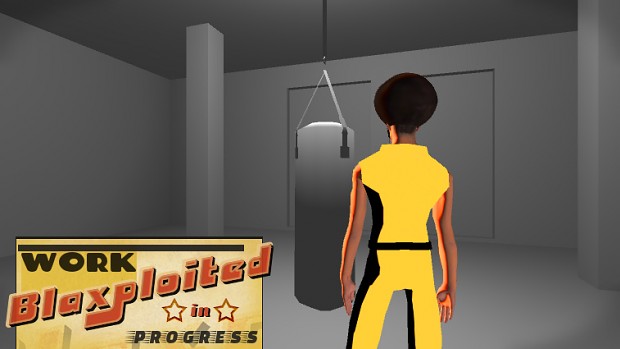 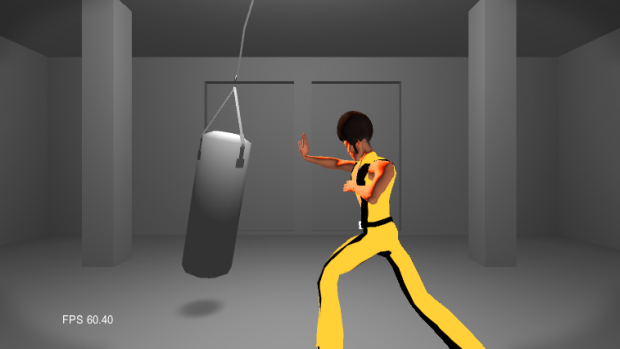