Math Classroom Challenge is on sale now on Nintendo Switch, and second position in educational deals. Thank you for your support. We want here to explain that the game is not only addition, and the possibilities it offers.

Posted by Richard_Tsakalidis on Nov 6th, 2021

Math Classroom Challenge is on sale at the Nintendo eShop. We want to thank everyone supporting the game, including teachers at EdShelf teachers page. 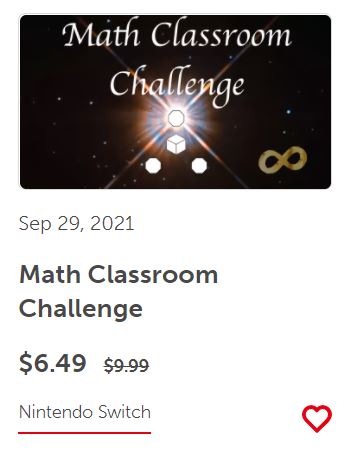 This is a math game with the objective of learning math in a fun way. As a game it must be entertaining, but we think educational games can be more than learning. And math is tough for many children, so making it easier to learn is an opportunity for children and youth from 3 to 90 years old. 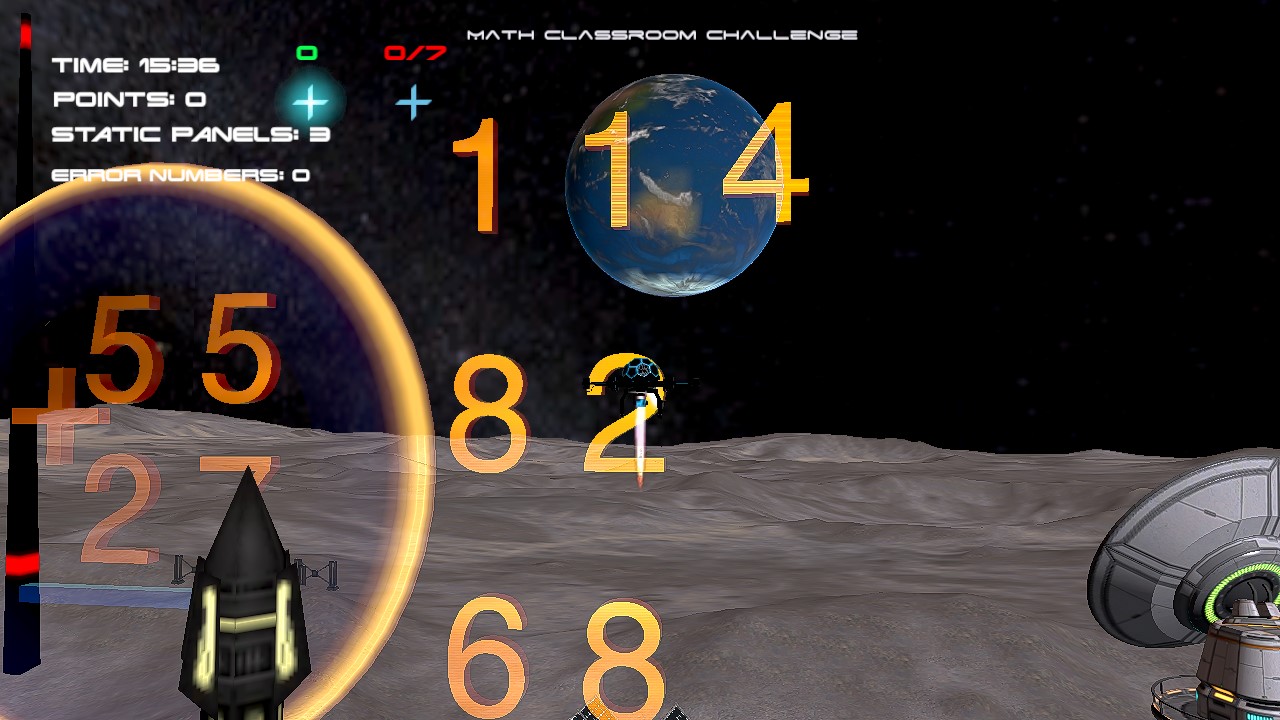 Some people think the game can only generate additions. The game can be configured by the player, or the parents or teachers to create these random problems: 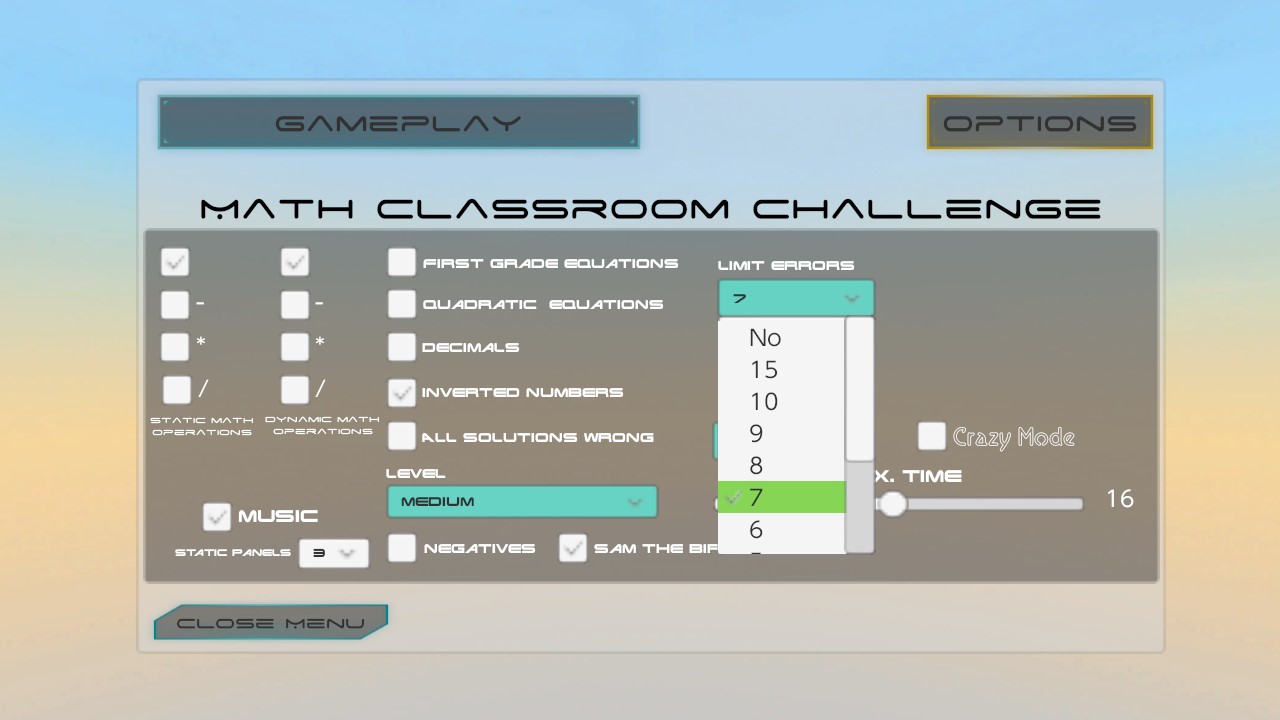 What are "Inverted numbers? You can activate or deactivate this feature. If active, Some numbers can appear inverted for some seconds. Then it acts as a wildcard, no matter the number you're looking for to solve the math problems, the number will fit into the solution. Of course deactivating this feature makes the game more challenging.

And Sam? He's a bird that, when sings, it will eat the number you're looking to solve the problem. So be fast! Of course new right numbers are generated to be able to solve the math problems. Sam active makes the game more challenging.

Thank you again, and have a great math day!