Titan Deep Space Company today is pleased to inform that Math Classroom Challenge (MCC) has been updated to version 1.20. MCC, the kids version of Math Combat Challenge, is now available for iPhone and iPad, and iPod touch. Developed with Metal API, MCC is an educational and interactive game that generates random math exercises in an safe 3D environment for children.

This new version has some new elements. Specifically:

The new button that allows to generate random math dynamic panels manually can be pushed twice. Just touch the button and a random problem will appear as usual. Throw water to the right solution with your water hose. If you don't push the button, random math problems will generate at random intervals. Now, if you push the button again while the panel is active, the dynamic math panel will be placed in front of the player, so the player can interact with it easily, and there is no need to move the player to find the panel. 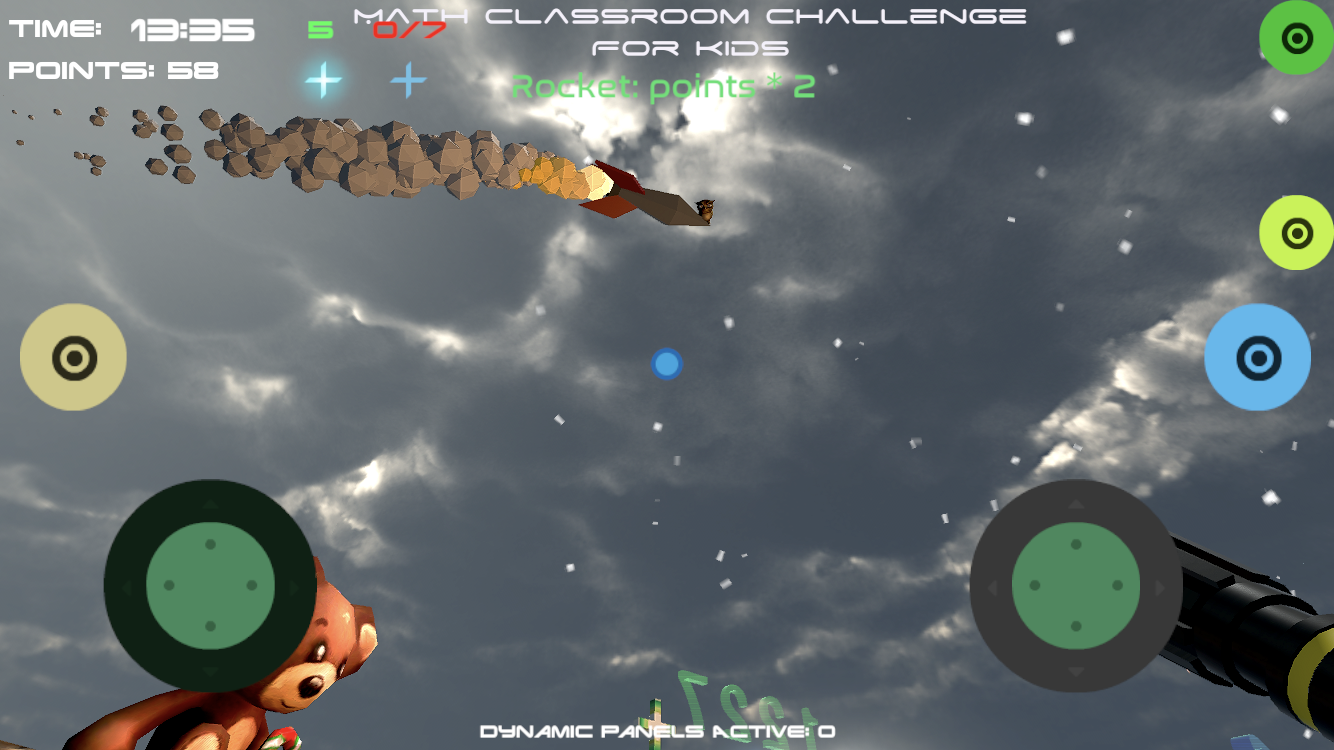 Another feature is "The Rocket". Whenever three math dynamic panels are solved, a rocket will fly across the stage. While the rocket is flying, new points gained will be multiplied by two. This will improve the game by adding a new element to obtain more points. Solving the maximum dynamic math problems while the rocket is flying will be a challenge for kids. Again, this is a feature that can be used only if the player wants to.

Static panels are not changed. Benny the pet will still mark the right numbers to solve the static panels with his ray.

Some minor enhancements and tweaks, mainly with the Metal API.

Remember you can dynamically configure the view movement in the config panel, if it is too slow or fast for you.

Thank you for your feedback, and have a nice Math Day! 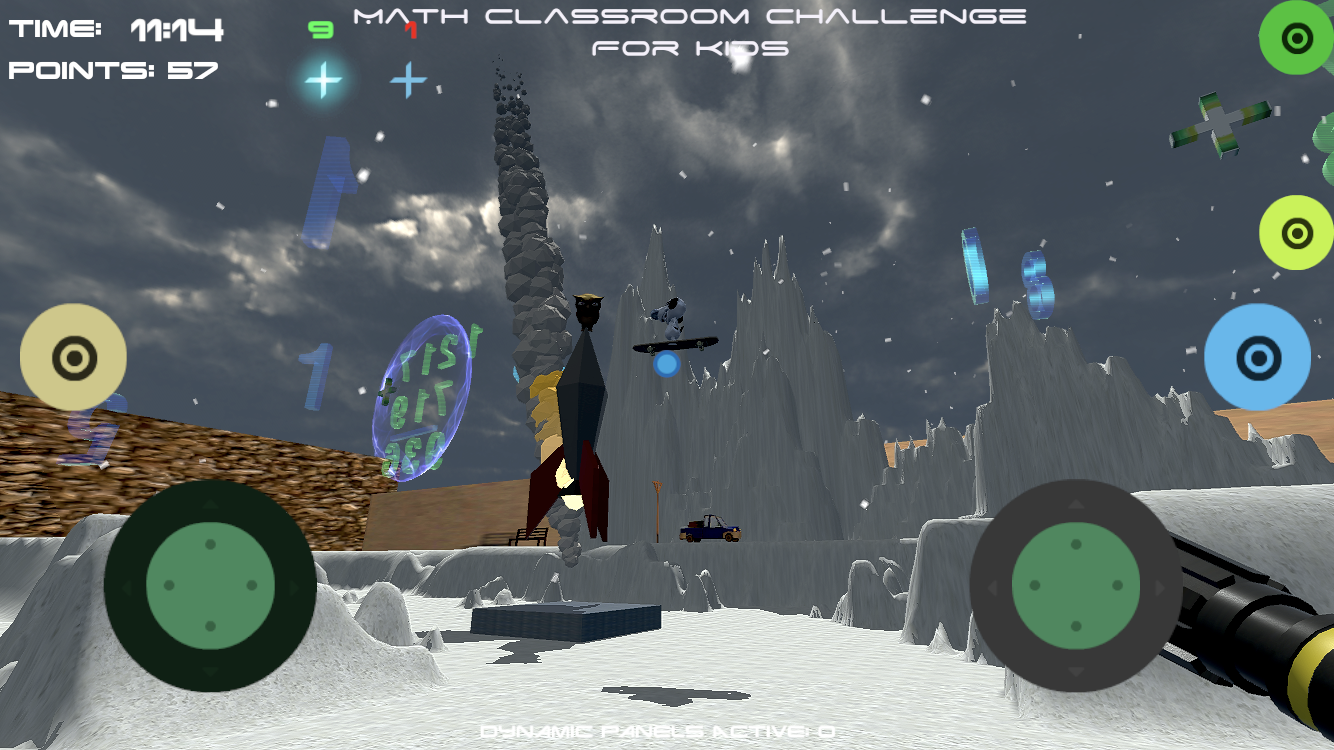