Hello guys! Tim, our Community Manager has created our first update video for 2016. In this video he goes over the progress we made over the last few months and talks about what the near future holds.

Posted by WinstonChurchill on Mar 6th, 2016

Initially we started with a rough blockout of La Fiere, where we also tested our gameplay setup, like capturing and spawning. Players of the mod will be familiar with this map and the diverse gameplay that it provides.
Recently, we've finished the block-out, and we've been replacing all of the work-in-progress blocks with proper buildings. Old and new players alike might be happy to hear that the layout of the map is mostly the same, but we've been looking some more at original photographs and maps to make sure that La Fiere is as authentic as can be, while maintaining a balanced gameplay. 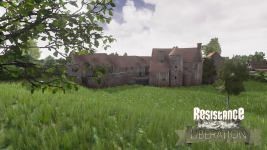 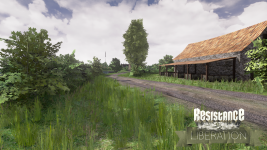 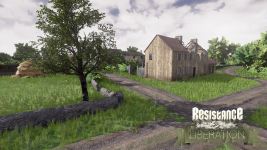 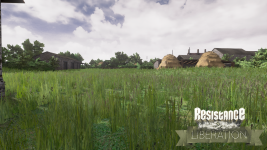 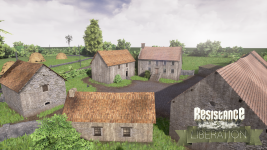 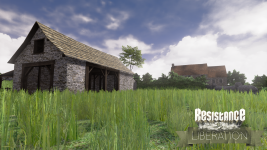 We're also working on replacing the weapon models and on another german infantry vehicle, called the Kübelwagen, which one of our 3D artists, Paul, is making. You can see it below, in the screenshots section. 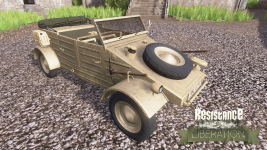 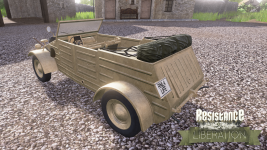 Also, the textures of our French civilian vehicle got some love: 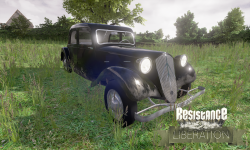 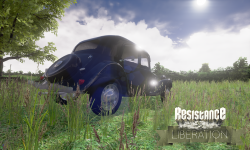 So, what is next? As most of you guys know we launched a poll of what map you like to see coming back in Resistance And Liberations. This poll was well received, although we did notice some of you "gamed" it by voting multiple times. But even with these votes subtracted, Eglise and Carentan are well on top, hence we'll put these two maps on our list of things to be done next.

As usual, we're always looking for new members to join our team and help us make this game look and play great again. The skills we require most currently are level designers, 3D artists with a background in character or prop creation and animators.

If you think, you can help, don't hesitate to approach us. And if you want to help, but think your skills are not sufficient yet, contact us anyway. This team is a place where people can grow over time, we do not expect AAA level quality over night.

Thanks for reading, if you have any questions about the game, leave them in the comments below.

Can't believe this mod is actually alive :-)
Joined the community back in 2005. Maybe UE4 will do the job this time. I hope this game will see the light at some point. Looking forward!
Maaf

We're working on it :) Just got our dedicated server setup to run last night, so we can now iron out any early hitches and bugs and then start playtests quite soon.

right on! so proud of you guys!

Are there still people playing the mod? When I look in the serverlist, it's completely empty, nothing even shows up. Did I do something wrong, or is the mod finally dead? I got on a server like 3 years ago, but I had a REALLY crappy PC back then that couldn't run it. If I could be linked some communities who do events on RnL that would be cool, I haven't been able to find any.

I know this is a late reply and stuff, but there's a Steam group you can join: Steamcommunity.com that posts event notifications whenever there's a decently populated server running. Seems that servers are up relatively frequently, too.

There's also this group: Steamcommunity.com that seems to do events fairly regularly. Not sure though, I just got invited after playing a few rounds on their server today.

After the Insurgency mod, isn't really much point, is there? I mean you guys had 8 years.

You could ask the same question in regards to DoD:S, Batallion44, Days of War, Traction Wars, Festung Europa and whatever else is in development.

The point for us is: We want to make this, regardless of what other projects might be around or release before we do.

With that way of thinking we'd be stuck with the original MoH or DoD still.

You guys had 8 years, I mean if you look at the community now there is only a handful of people who are interested in the mod or even play it anymore. and you only got 500 views on the update video.. It would have been smarter to do this before you disbanded the mod..when it was still popular.. when 14 thousand people were still interested in the mod.

Can't wait to see where this ends up, any info on when it might come out?

The mod is still alive for those who don't know, every Friday and Saturday we do 4-12 realisms in which we usually get a full server, (32 people) on the server. Their are also some unscheduled realisms that happen on sundays sometimes if we get the people online to do it. On Friday and Saturday just hop on and get on the pennsyltucky or B.M.O server, depending on which one it is held on before 3:00 PM EST for the scheduled realisms, and even with Day Of Infamy being released their tends to only be 2-3 servers on it with 20+ people on it, due to the fact that their are still only 3 maps and their not completely finished yet, Bastogne is still missing its fog factor and it is in no way trying to be as authentic as it can like RnL.

That's actually pretty awesome. We might join you guys every now and then :D until the new project is in a place where it can be tested by the public :)