Posted by SheWillPunishThem on Apr 1st, 2021

Remaking of the maps:
From our previous build, we realized that some of the maps are too big, confusing, lacking details, and the enemies' placement seemed generic. The new maps have more of a linear structure with bigger attention to detail, better visual guidance, intense combat, and more exciting exploration. Each map also has its own background story connected to the overall lore, which you can discover by reading the map's description. We also added effects such as fogs, crows, dust to make it more immersive. 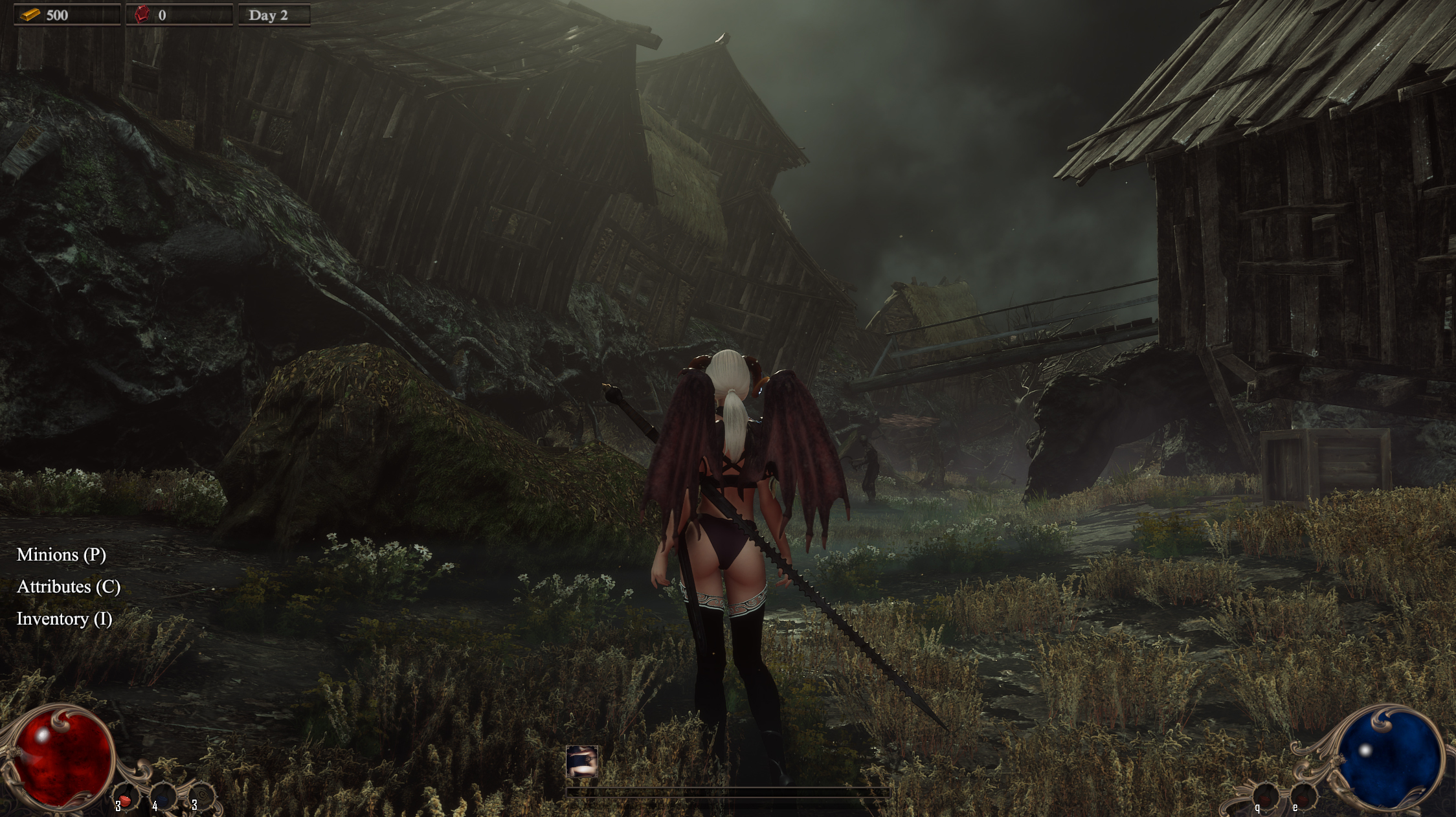 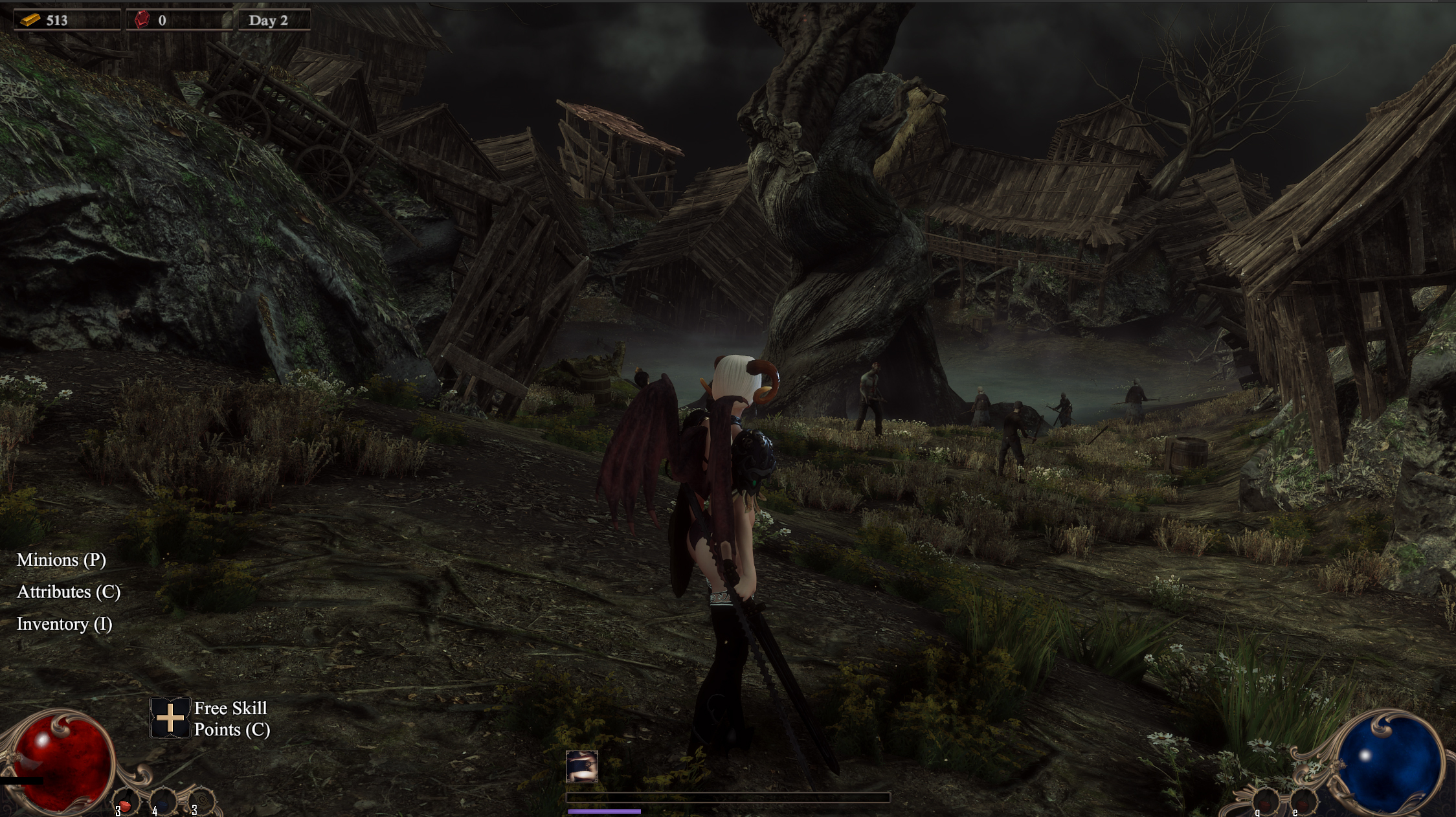 Enriching the enemies:
Now we are paying more attention to details when it comes to monsters' variety and difficulty. We made the common enemies more different from each other by tweaking their animations, speed, range of attack, special skills, etc. We also added mini-bosses(Elites) and bosses. Elites usually guard important entrances or hidden locations full of treasures. And bosses are generally the big ones at the end of the level. The elites and bosses are easily recognizable due to their unique look, size, and attack moves. They usually pose a much greater threat and require you to use more careful tactics. 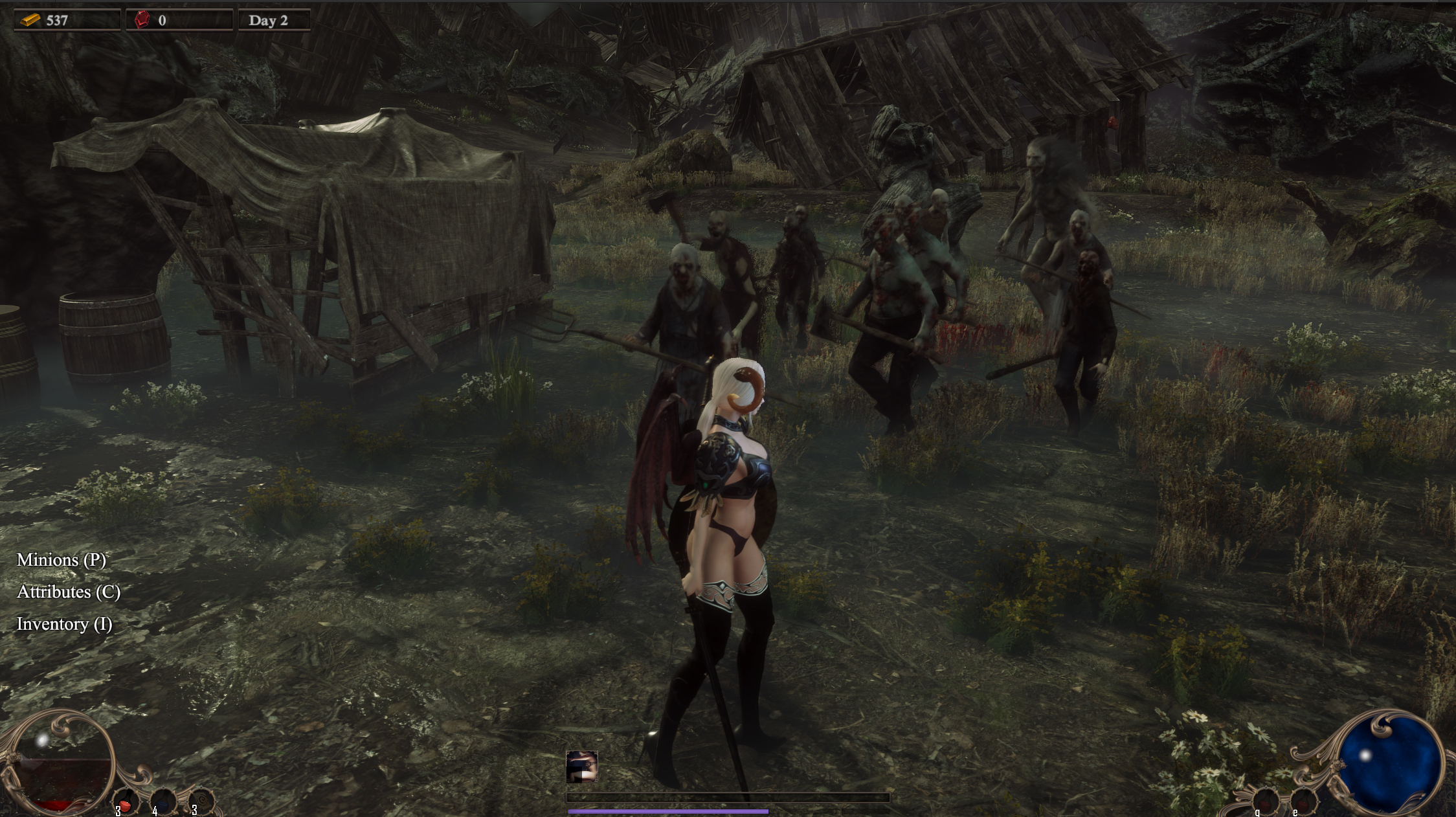 In the following video, we are showing an example of the new level we are working on. The drowned village, a pretty nasty place that was once a human settlement, and later sunk into the toxic swamp. The dead villagers were summoned to prevent the Succubus from moving forward.

Great looking hack and slash game!
Just one small remark, it looks rather odd that the enemy characters suddenly appear from out of nowhere. Hope that that is just an early access thing that will change over time.

Other than that, awesome stuff!