Posted by EleonGameStudios on Nov 18th, 2015

Pre-Alpha Version 4.0 is going live and the first prototype* of Dedicated Servers is available!

What has changed in Multiplayer?

First and foremost: the so called ‘playfield limitation’ is gone! On each dedicated server, you are now free to individually land on a planet, fly into space, without the need of having everyone on the server boarding your vessel only for changing the playfield! Just use the new Server Browser in the multiplayer menu, search for a server and join with a simple mouse click. You can still join a server via IP if you need to, of course.

For anyone planning to offer a playground: Just use the Dedicated Server File to instantly setup and host your own game, everyone can easily connect to. Of course you can set up a password-protected server for you and your friends!

Follow this link to learn more about the available server configuration settings: Bit.ly
We recommend starting with the "light" setting and a low number of max players.

*Disclaimer: As with all “first versions” and prototypes this is not the final version of the dedicated servers or the multiplayer! Please keep that in mind, when playing and commenting. As always, we are looking forward to your detailed feedback, ideas and suggestions! ​

The new Server Browser (still no players because 4.0 was not yet released when screenshot was captured): 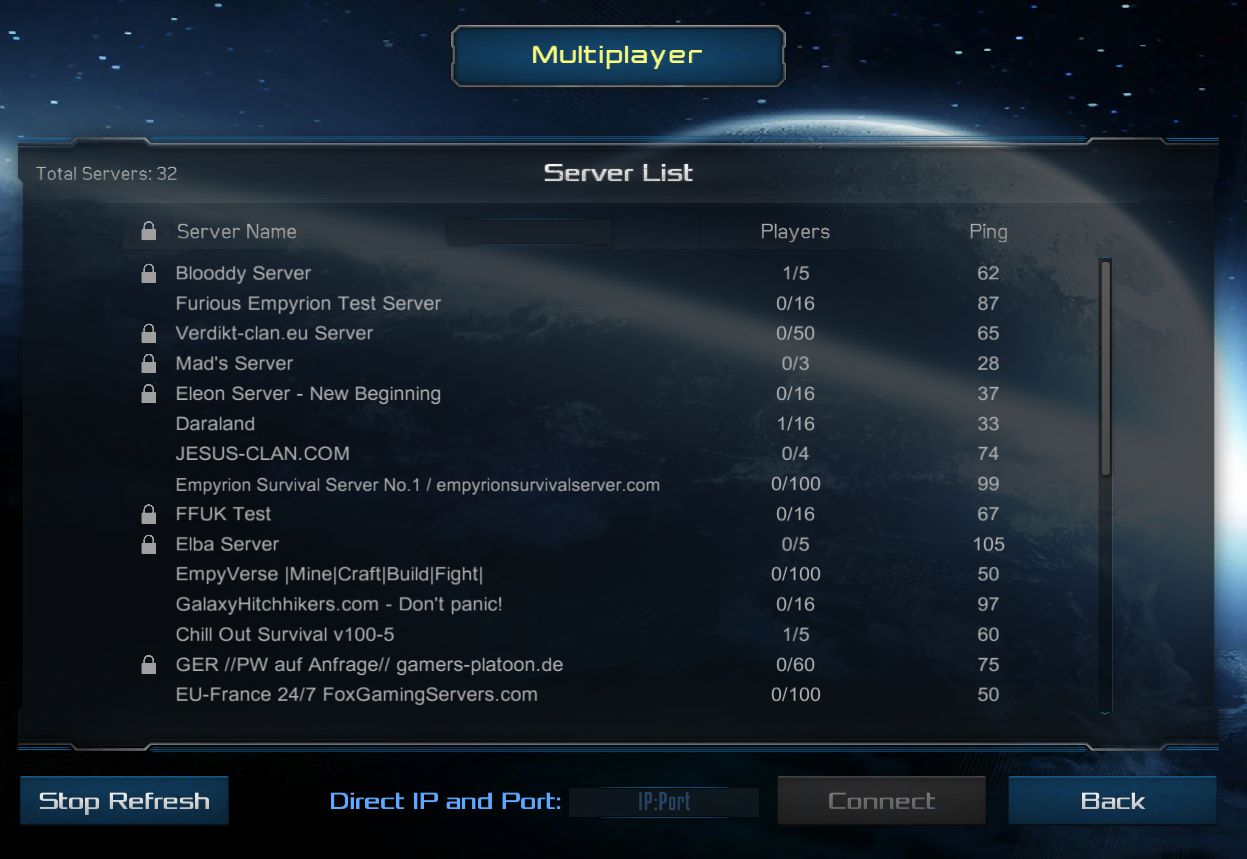 We are aware, that you might experience some inconvenient issues (e.g. lags),which may temporarily influence your multiplayer gaming experience while playing on a dedicated server.
That being said, we have decided to release the dedicated servers already today, because we’ve now reached a point, where we need YOUR help to further improve them via Public Testing!

That’s with a good reason: in earlier updates, we added features that primarily affected single player mode. Now, with the introduction of a semi-persistent game environment, we need to look at a LOT more dynamic processes that also need a LOT more simultaneously active players to create the data needed.

We hope you appreciate this approach of an open development and help us to create a great gameplay experience in single player AND multiplayer! As always, we are attentively listening to your feedback. Please step by our bug forum and share your experiences with the new dedicated servers in the DEDICATED SERVERS – FEEDBACK thread!

To further coordinate this process, and to get the most out of the public testing, we plan to schedule periodic TESTING EVENINGS on our very own ELEON Server. The team will be around to directly grab your feedback! Have a look at twitter, facebook, our forum, steam or this blog for announcements! Empyrion counts on you!

New PBR shader for the character: 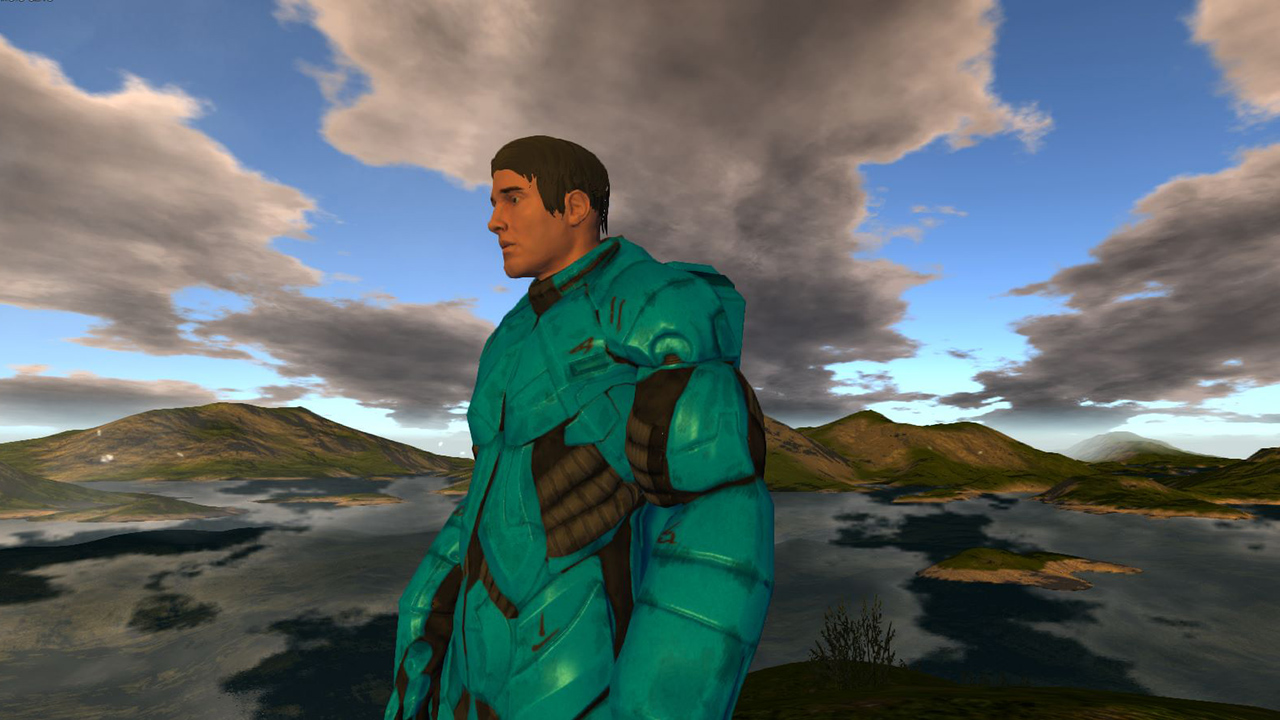 While you are reading this devblog, we are not only working on additional features and improving your multiplayer experience,but especially on how multiplayer gameplay can be enriched and balanced for different playstyles on a single server.

In this first version of the multiplayer environment, or if you are playing on a server right now, please be aware that ANYBODY can use, access or destroy your ship, base, containers and so on. Technically, all servers are full PvP at the moment. This will change! To some extent.

Besides some features that will allow for more server-side settings (Resources, POI,..) we are into developing a flexible PvE/PvP system, a basic ownership protocol and factions, letting you decide whom to trust or not.

These features are not yet finished and were not ready to be included in version 4.0 as some details are still subject to change. So, we will issue a more detailed devblog on this topic, as soon as everything is set in stone.

What else has changed with 4.0? How to Resume Old Save Games

Although the multiplayer has been our main focus for the 4.0 update, we have also made some important changes to the game itself. Have a read of the full changelog at the end of this devblog.

Most important: your SteamID is now bound to your Empyrion player account!
This has been an inevitable change, we needed to make for the servers and the things to come.

This of course affects your Pre-4.0 SAVEGAMES. Nothing is lost – so don’t panic! Just read on and we’ll bring them back in less than a minute!

Next time you fire up your game, your RESUME GAMES menu will be empty, because from now on, your savegames player file is your SteamID playerfile.

To bring back your old savegames, a quick file-rename action is needed. Please carefully read and follow the 5-steps-howto as described here,ahead of taking any action:

1. Start New Game -> e.g. Creative*: set "TestGame" as its name (*Survival will work, too)
2. Go to: Steam\SteamApps\common\Empyrion - Galactic Survival\Saves\Games
3. Open the folder of your new Save Game ("TestGame") -> open the Players folder and find a file like 23412882263.ply -> The number is your SteamID
4. Copy or write down the numbers of your SteamID (without .ply)
5. Go to the Save Game folder with the saveegame you want to reactivate ->RENAME the old .ply found there with your SteamID. Example:Topplayer.ply into 23412882263.ply​
Please note: Do NOT OVERWRITE your old .ply file by any means! Only CHANGE the filename (Right-Mouse-Click -> Properties)! If you do otherwise, your savegame will drop you in an empty world and all progress inevitably be lost!

New POI on Omicron (thanks to J0BA2): 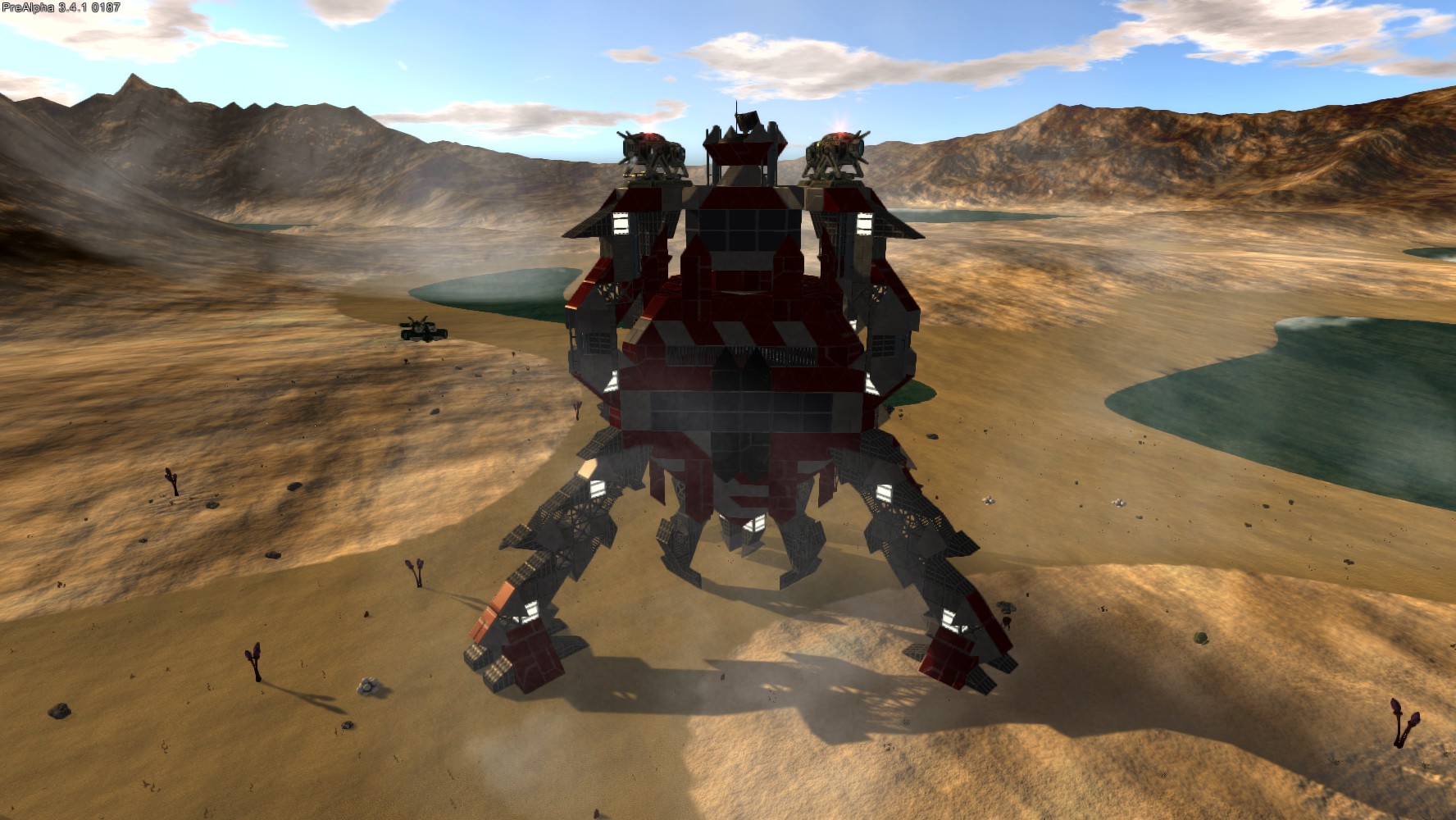 Next Steps:
- Improved performance on dedicated server: less lag and less memory consumption for a smoother experience, processes will be dynamically triggered only if playfield is visited
- PvP, PvE, ownership and factions

Finally, we’d like to thank everyone, hosting servers and helping to create a great gameplay experience!

Have any feedback on the new servers, the game or this dev blog? We. Are. Listening! 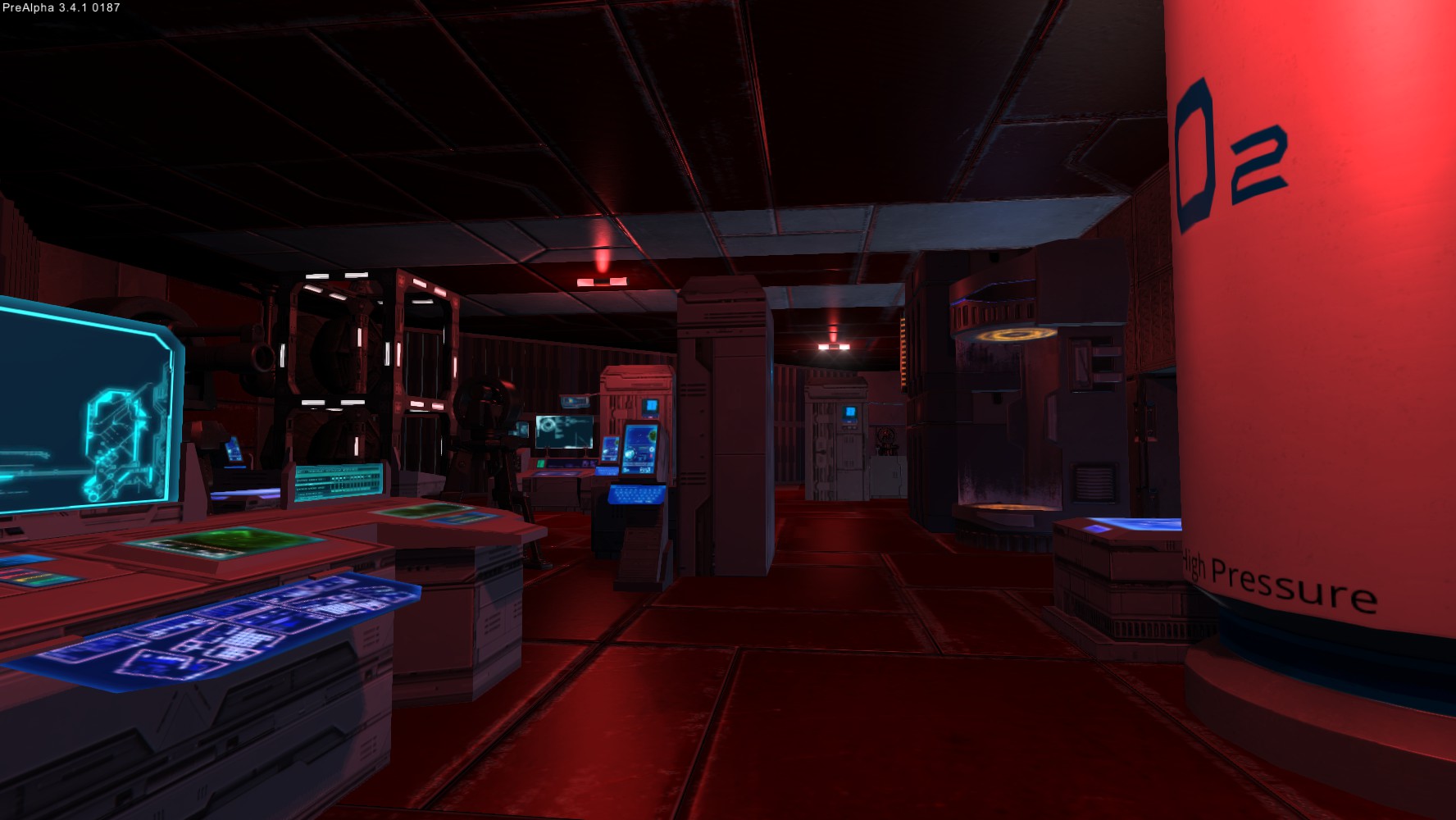 Other Features:
- Added Steam authentication
- Added emergency flip for HV: if HV is lying upside down, an emergency flip can be activated via "Left Shift" to get back to its upright position
- Added fog in asteroid field in Orbit
- Added new POI on Omicron ("Walker Base" by J0BA2)
- Added new passenger seat
- Added map marker for Escape Pod
- HV does not collide anymore with plants

Known Issues:
- Some lagging on dedicated servers
- Changing a playfield with a small vessel that has multiple cockpits (and multiple players in the cockpits) causes problems. Please use passenger seats instead until we fixed this problem