I am writing this article to add to my previous introduction of Loot Burn Kill Repeat. This time there'll be slightly more in-depth info on some of the core-elements of LBKR. Challenges, trackers, violence and statistics

I've spent lots of hours the last weeks with fixing bugs and trying to balance LBKR, but also make some larger updates to the game. When I'm done with all the improvements, fixes and updates I currently have on my to-do list I am planning to release a public beta / early access of LBKR.

However, before my brain gets completely mashed by all the bug-fixing I felt like writing this article in hope of giving some more in-depth info on a few elements of the game I find to be more or less core-elements to LBKR. Stats, gore, trackers, items and Bounties.

As in most RPG-influenced games, the power of the player character's are primarily determined by their stats. Health, damage, accuracy, crit chance among other skills that are modified by a set of attributes: Agility, Strength, Endurance, Focus and Dexterity. The attributes can be upgraded as the player has earned enough experience. 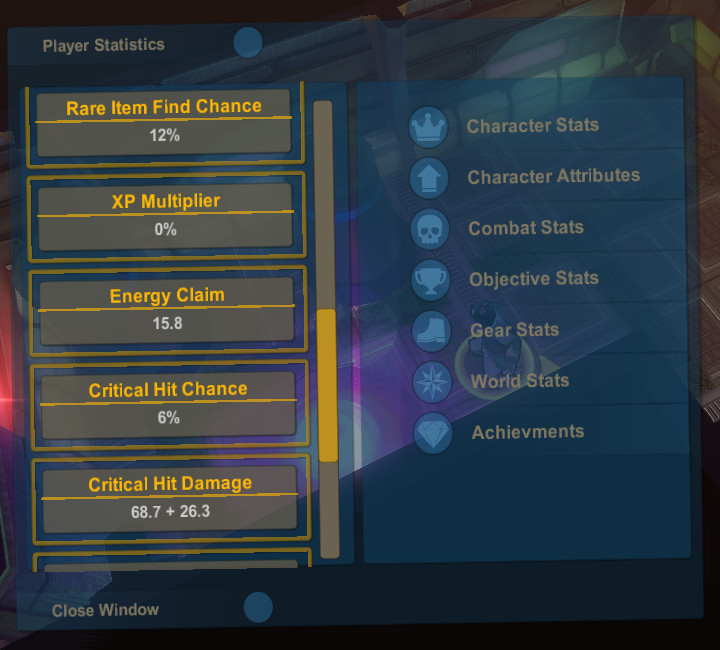 Since the gameplay is in a quite fast pace I've set up so most of the combat-related skills that are affected by gear can be seen in the inventory / equipment UI Window so that the player can see any changes instantly after reassigning equiped gear. To get a full overview of all of the characters skills, attributes and vitals, they are all collected in the Character profile UI Window along with a bunch of other info and trackers.

As mentioned in my previous article, bounties act like mini-missions or small challenges. By completing a bounty the player receive reputation and a small amount of "Bounty Marks", a currency that can be used to purchase more powerful gear. The better reputation the player has gained the better gear will be generated at the bounty shop. 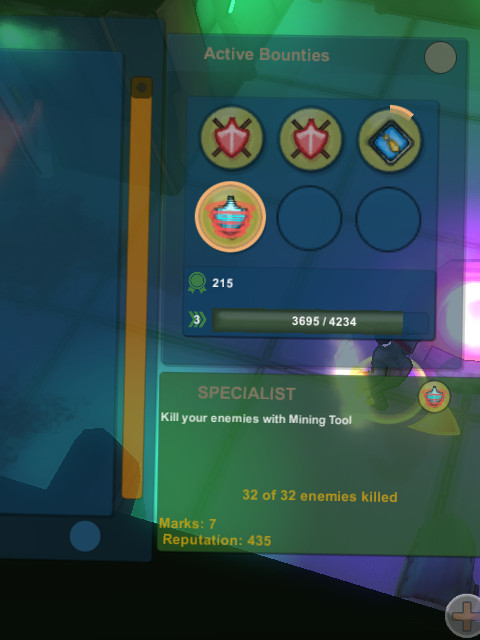 There are at the moment only 12 bounty missions, but more will be implemented as soon as I get time over to work on it.

Gathering - Collect objects from the environment or monster corpses

Target - Kill a unique monster at a specified location

[Frag]Massacre - Kill all monsters you come across 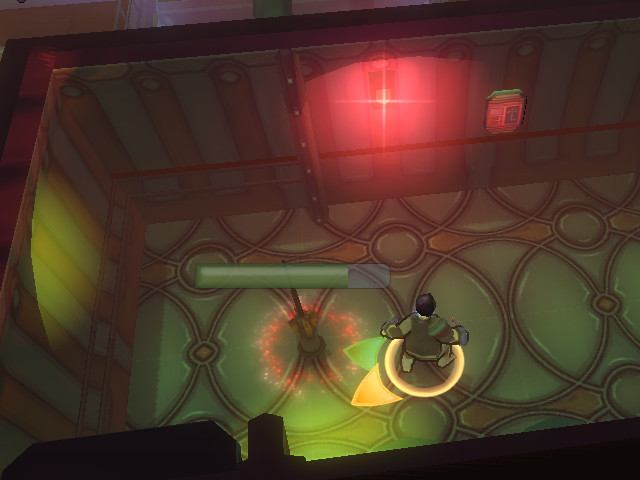 The reputation and mark rewards of a bounty is determined by the difficulty of the bounty that's calculated first of all by the type of bounty, but also by the (randomized) amount of target kills/objects to gather, location (chapter). Survey bounties are an exception though which at the moment only give a pre-determined amount of reputation and mark points.

As a game-statistic and achievment junkie it would feel odd not to track such things in my own game, I myself find it quite fun to keep a record of my progress in games. 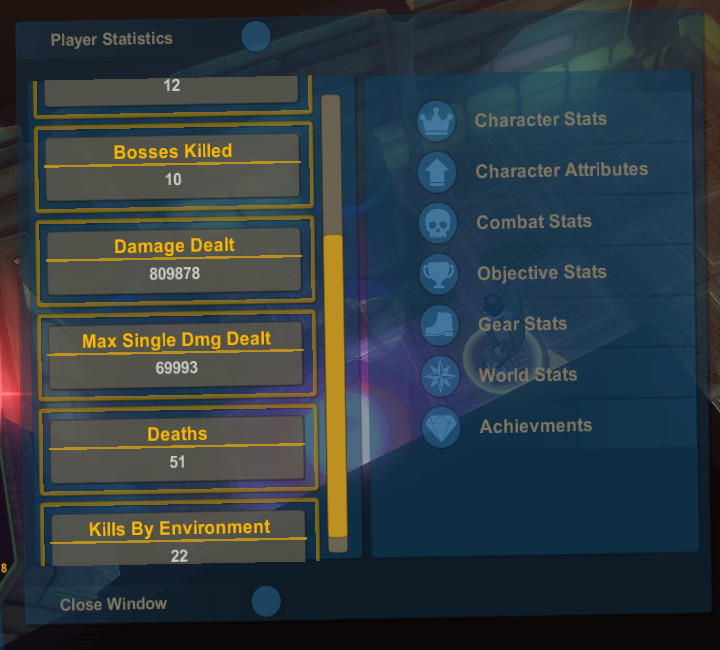 Most of the players progress in the game is tracked and saved, in the character profile UI Window the player can view all trackers including monster-, boss-, miniboss-kill count, damage trackers. Challenges, loot interacted with, mission completions and secret areas discovered are just a few examples of tracked progress. Achievment trackers are planned to be added but I've not seen it as a priority and at this time it is not yet implemented.

As the player's more or less constantly fighting monsters in LBKR, making violence a major part of the game, I wanted the visuals of the battles to be messy. There are often alot of characters on screen at the same time, all casting various attacks with particles emitting all over the screen so adding alot of gory visuals during the games most performance-expensive moments without adding a large performance cost was a challenge for me though, since I'm not a very experienced game developer. But after alot of effort I managed to create a couple of collaborating systems that have a really small impact on the performance. 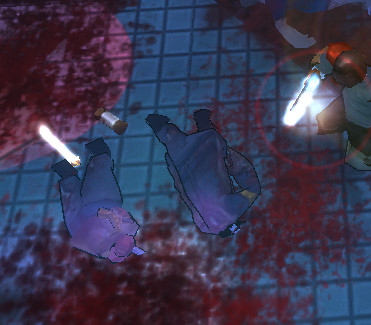 I think I'll save any in-depth talk of how the systems function for another time, in case there's any interest of it whatsoever, but to sum it up.

As characters take damage blood splatters on nearby environment, the amount of splatter vary depending on damage received, also characters are maimed and the chunks of meat and limbs torn off their bodies will leave a trail of blood along the path they're flying.

To give some feedback to the player when a monster is killed with a critical hit, the monster will explode, throwing body parts all over the place. 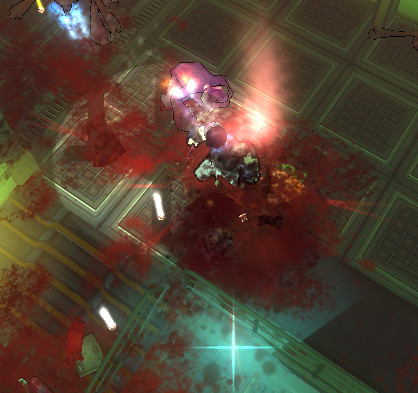 To add to the impression given by all the visual messyness, there's also lots of squishy gore sound fx and bone cracking sfx.