As I continue to develop Lonely Star I'll be building certain new features into the demo. The 1.07 version introduces one major change - adaptive difficulty - plus new weapons.

Difficulty is a tough thing to pin down in an action-RPG. It's an action game, so it has to be tight, mechanically clear, responsive, and predictable in certain ways. It's an RPG, so different approaches the player might take to stats and tactics have to be meaningfully different without one clear "best" option.

The new 1.07 update introduces adaptive difficulty in kind of an unusual way. Here's what I mean:

With each little bit of complexity, the difference in difficulty grows between a challenge that a brand-new player will find approachable and one that an experienced player will find meaningful. And because there's more than one type of progress in Lonely Star besides just making your way from one area to the next, random encounters are part of the system, which makes it even harder to structure a difficulty curve. 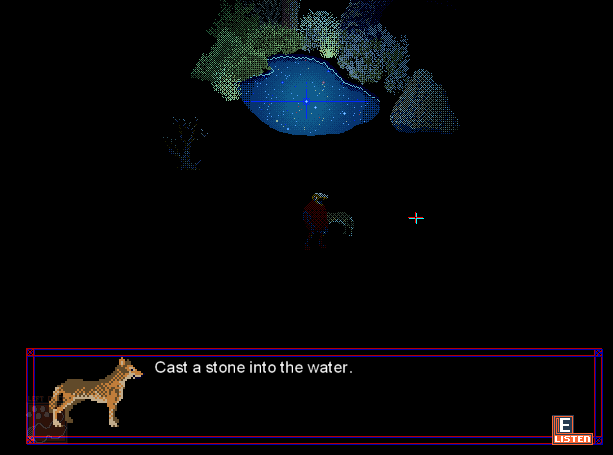 When I say difficulty, I don't mean that enemies take more or less hits to kill, or anything like that. Difficulty here means two things: a) the composition of random encounters, but more importantly b) the abilities of the enemies in combat.

A few hits will kill virtually anything in the game, player or enemy. When the difficulty is low, enemies may be indecisive or they may be aggressive, but they won't try to defend themselves, and that means a sharp player can take them out before they get the chance to do very much. When the difficulty is high, enemies will start to do things like dodge and parry (pictured above).

Here it becomes really important that the player has multiple "lines" of defense, like dodging and parrying, which activate and recover independent of each other.

I'm also getting a little experimental with the new weapons. These two are included in 1.07:

The splitting maul delivers a crushing blow, but it takes a second to pick it back up. While the head of the maul is on the ground, it actually drags, arresting the player's movement if they try to move away from it.

The rapier, instead of a conventional parry, can intercept enemies' attacks with its own faster attack, canceling the incoming blow and countering it at the same time. It's been cool to learn a little about how these weapons were historically used, when I've been hearing their names my whole life but usually only seeing them represented as different points on an exponent curve of attack power.