We've got some WIP shots of the first puzzles and game screens as well as a sneak peek at one of the first cinematics!

All go here at camp Monkeystack: we've got animators working on new webisodes and cinematics while our 3D artists and programmers are finalising cameras and polishing the first few game screens.
We've shown off some of the other content we've been able to create for Double Happy, so now seems like a good time to share with you some actual in game screens!

Keeping in mind these are still works in progress...Behold! Early game screens of Double Happy Vs. The Infinite Sadness' first Island - Pharos. 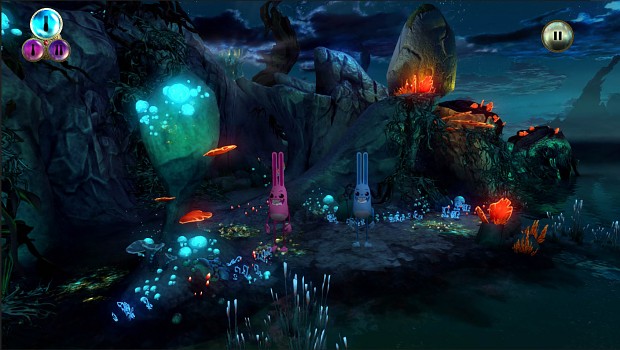 This is the first in-game screen a player sees, and the first time you're in control of the rabbits themselves. The UI itself is pretty simple - no text, just a spinning controller on the top left (control Pink, Blue or both rabbits) and a pause to bring up a save/exit menu on the right. Players get to know the controls and solve a small challenge - where to go next, and with Pink, Blue or both? 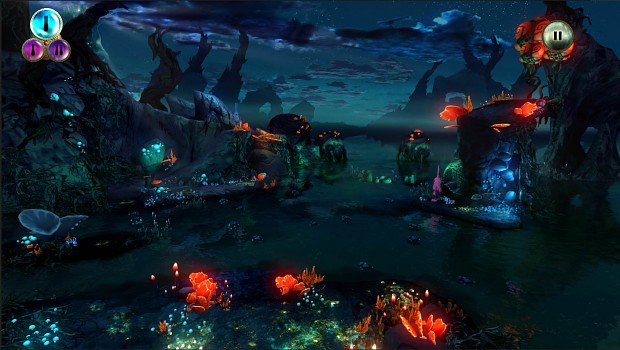 After solving the first challenge, the camera widens out to this: the first full puzzle. Since July there has been big progress on the texture front - most notably on the rocks but also on the foliage. 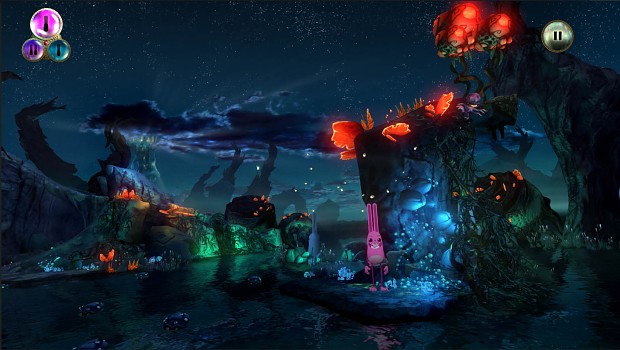 Success! You've solved the puzzle which still challenges a portion of us in house! Pink and Blue have found refuge on a landing...but now what? Play with stuff, in true rabbit style. (any of the skits can attest to their curiosity!)

As mentioned earlier, these are still very much WIP but it should give you a good idea about the direction we're heading. There is a page dedicated to Pharos on our website HERE which includes concept art as well as a history of how the Infinite Sadness has affected the island and its inhabitants. (more to come!)

SNEAK PEEK!
We did promise a sneak peek at one of the first cinematics...may we present Pink, Blue and a poor Shyalla...all of whom have been confronted. 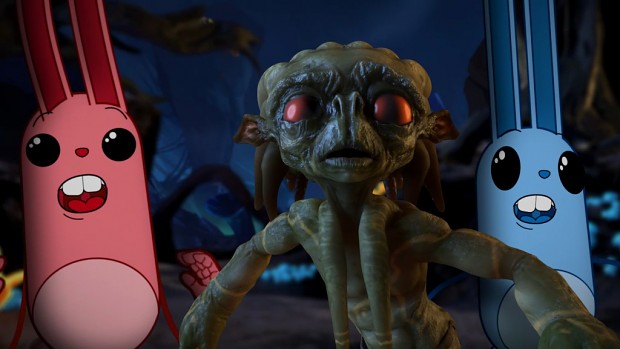 Confronted by what you say? Can't give everything away at once! :)

FREE STUFF - we're in the last days of our Facebook milestone celebration - check out this Facebook post for details on how you can enter for free to win free stuff! Entries close Friday 17th November...so get in quick! Woohoo!

Cheers! We have a pretty big art focus in house so this is really great to hear. :)

The Shyalla does kinda look like a Tokoloshe! He can't turn invisible by drinking water though...I bet he wishes he could! Nice pick!