All things laser! Weapons, spells, abilities, you name it, Cosmonator's got it. 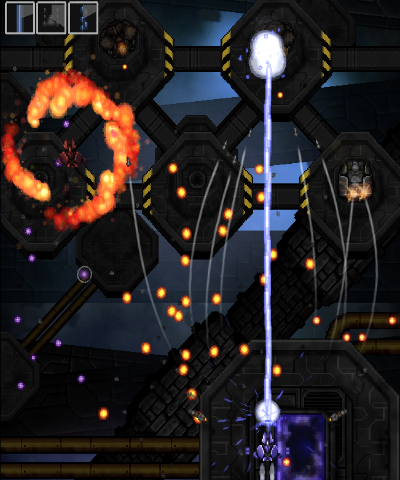 Well, maybe not everybody, but we do. We've dedicated an entire character class to laser weapons and spells in Cosmonator. We call it the 'Laser Master'. (We are super creative when it comes to naming these things.)

Here are some laser-related hilights!

The Laser Lance ability (top left) changes your primary weapon into a cleaving, thin laser beam for a while. This can cut through weaker enemies like a hot knife through butter. Laser Bolt (top right) is a bit more instantaneous, but no less useful: the laser bolt is powerful enough to take out weak to medium individual targets, and if you upgrade it with a special gem augment, it gets an EMP effect that temporarily disables stronger enemies' weapons systems and shields.

The super powerful level 4 spell 'Laser Beam' (top) is powerful enough to destroy pretty much anything that is unfortunate enough to cross its path! But it also eats a ton of energy and usually you'll only have enough charges to be able to use it once per level, so use it wisely. 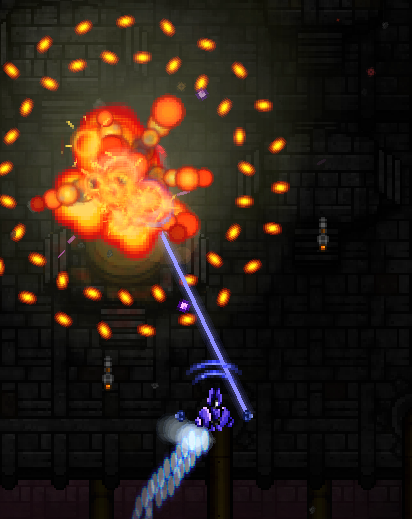 The Laser Sideships (top left, one of three optional sideship upgrades) shoot short ranged but super accurate homing laser beams at nearby enemies. (Unfortunately, in this case the enemy was a mine-type that explodes in a deadly circular hail of bullets upon being destroyed, so good luck dodging that.)

The 'Force Field' spell (top right) creates a horizontal laser deflective force field that deflects all enemy bullets, giving you much needed protection when things get too hectic!

Here's another look at Force Field! It's a situation of absolute bullet hell chaos, and things are looking pretty grim for Cosmonator. But the defensive laser field offers just enough protection for a moment of calm - so that you can quickly turn the tables with 'Inferno': a super powerful wave of fiery destruction.

It's not just Cosmonator who has laser abilities! Some enemies also use lasers to devastating effect, such as the Orbital Destroyer here with its sweeping laser attack.