Friends, we decided not to make just video-blog for you this time, but to tell you about last changes of our game more close and detailed. We have many cool stuff to show you today and also some important info about game developing.

Before telling you about in-game changes let us tell you about some very important things. First of all, we have some cool news for you - KINGDOMS beta testing is coming! If you want to be a part of it - let us know about it in comments of this news and next week we'll random chose 8 people for testing. Also i would like to say "THANK YOU" to two of our followers - Jetcutter (The first person who supportet us at very hard period of developing) and bjenner (Our best fan ever, his support is very inspiring for us any time he leaves any comment:)). If you're reading this post guys - please, contact me to get access to early-alpha.

Also, we've started a company on IndieGOGO. I already wrote, that KINGDOMS will be released anyway, but yur support will make much easier and faster! We really hope, this campaign will make release of KINGDOMS much closer.

So, now to the game!

All time since our last videoblog we've been working on dialogs and quest. First let's talk about K-Editor. 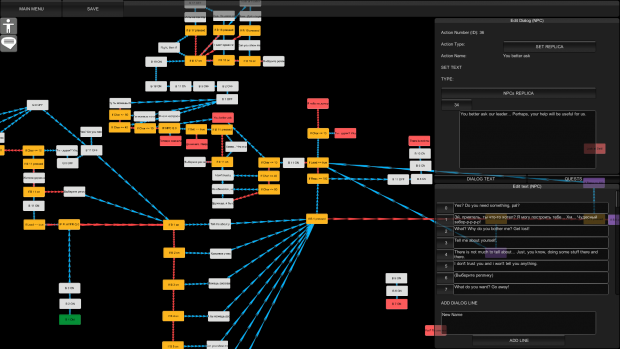 As you can see we've added new section to our in-game editor. We decided to combine two acpects of game developing in one place - dialogs and quests. Now it's much easier for us to control, when quests starts and ends during dialog - we can make it right here.

The cool thing about this editor is we made it such way, that all text is storaged in one file, that makes the translation of our game very easy to acomplish: 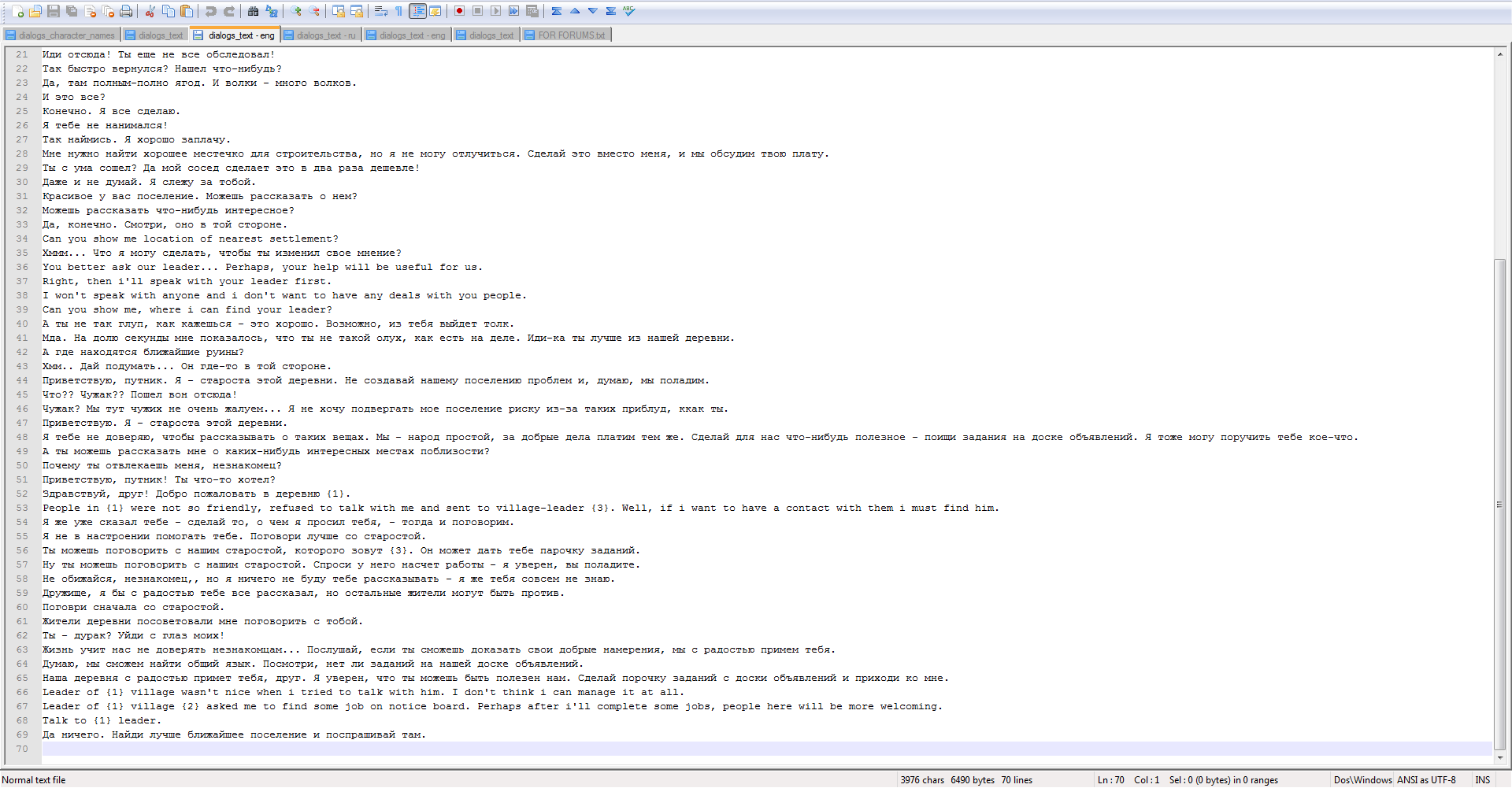 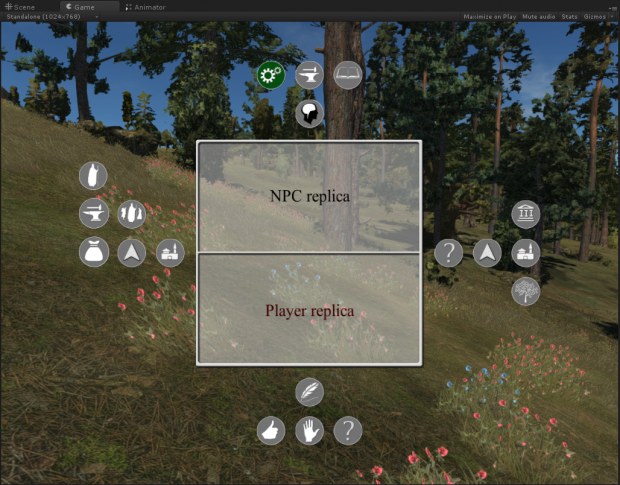 As you can see, you can access different topics during conversation just by clicking button. Of course, not of them will be available at atart of the conversation - some will appear only if player charisma or reputation are high enough.

All NPC phrases also depend on their personalities - for exaplme character with low charisma will be rude with you: 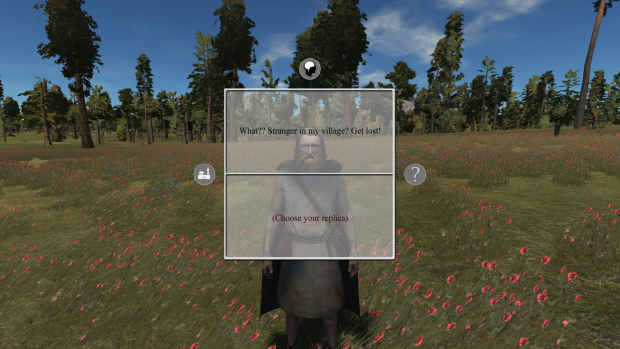 and characters with high charisma will be friendly: 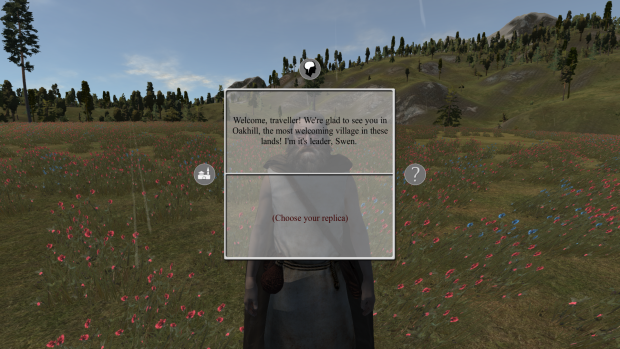 When you're taking a quest there 3 game gives you 3 diffenrt ways to act:

You can be nice and take the quest, you can refuse it and also aks about some quest details like location of the object etc. By asking about the location camera will automatically look threre: 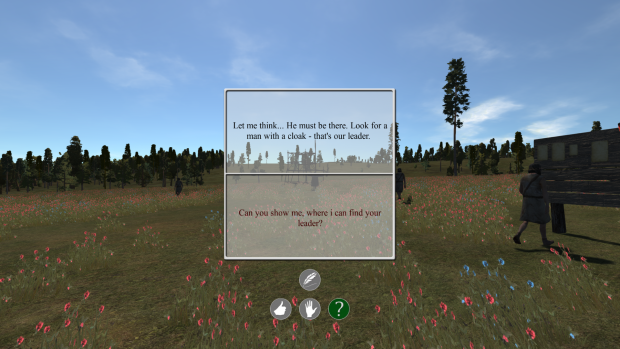 When quest is added into journal you can simply see all info that was added during this quest: 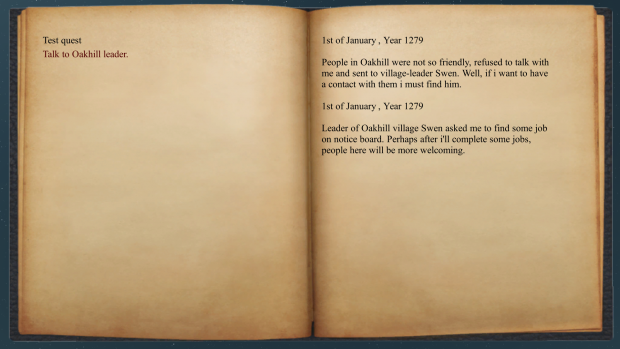 So, that's it for now about inventory. hope you liked it!

And of course - some new music by our composer João Freire.

That's it for now! Hope you liked all new stuuf we showed you today! Stay with us, don't forget to leave your comment about beta if you want to be involved!

Don't forget to visit our web-site (you can help us there) and our steam-page.

Great)) I'll give you instruction how do get build in the next update (next week, friday, i think).

This looks really nice, especially the procedural landscape and graphics. But to have a good IndieGogo campaign, you'll need a video, since that's what most people look at.

Yeah, we're just making a video - i thing in couple of days it will be ready, when we will have more time after beta-testing.

Well, most of your views at IGG are going to occur in the first two days, so it's better to have the video up at the beginning of the campaign.

Do you have any experience in IGG? For us it's the first time.

I'm preparing my first campaign, but I've read post-mortems by people with experience. They say you need a video, because that's what most people want to look at (and it indicates more about the gameplay than a screenshot); and you also want to build up a list of supporters first and then ask them to pledge on the first day, because that will boost your campaign's listing and thereby attract more people and hopefully more money; and likewise you want to post updates as often as possible because that also boosts your listing rank. For example, see the following:
Indiegamestory.org
Crowdcrux.com

Can I help test?

Of course, i'll put you in the list right now)

Sign me up for the beta testing I wanna play this bad boy right now(If you don't mind ;)).

I would like to beta test this amazing game if you don't mind. :D
Thanks

Can i Be Tester Too?

Of course) you're in)