Post news RSS Journey to The Desolation of Baga 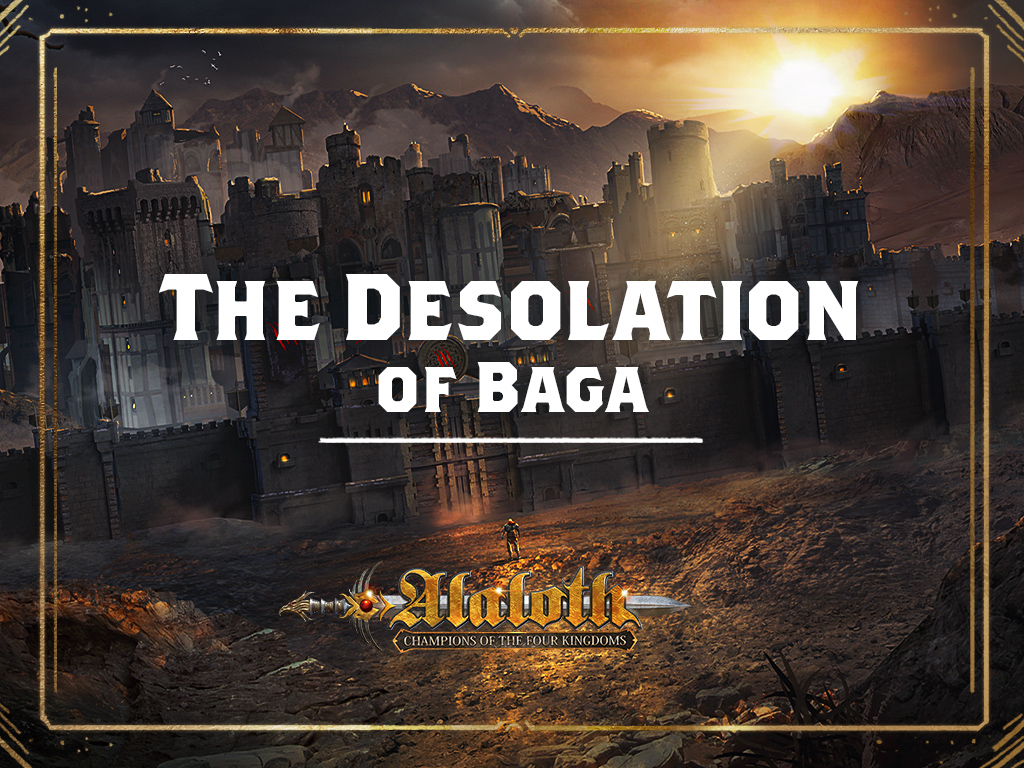 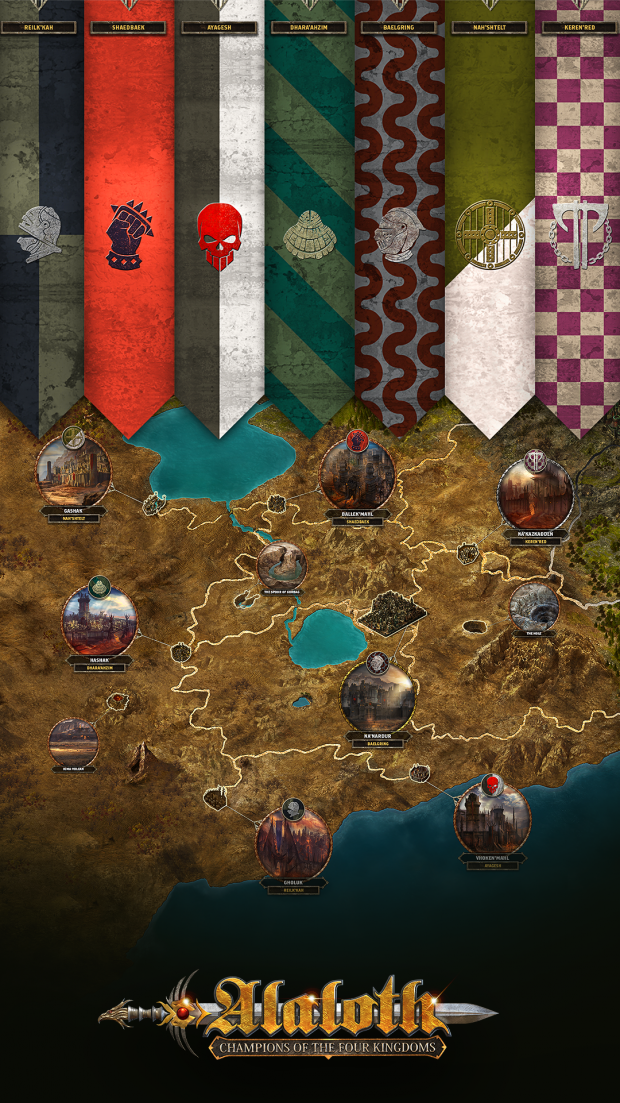 Often referred to simply as the “orc homeland” and currently called The Desolation of Baga, the name of the kingdom changes with every era a great hero or tyrant appears, always in motion like the shifting sands.

When The Tempest swept the land, a great hero by the name of Baga attempted to enter the Valley of Storms to defeat Alaloth and claim the land for the orcs. Some say Baga heard the screams of his suffering ancestors in the Tempest and sought to set them free. Regardless of the truth, the story always ends the same way. The hero failed and the region around the breach became tainted, while the vegetation and cities were destroyed by a second storm. It is rumored that Baga was cast back into his homeland and swallowed by the earth.

Forced to leave their ruined cities, the orcs from this region adopted the use of tents and became a more nomadic people. High resistance to heat allowed them to quickly adjust to hostile environments and endure the hot winds of The Desolation. 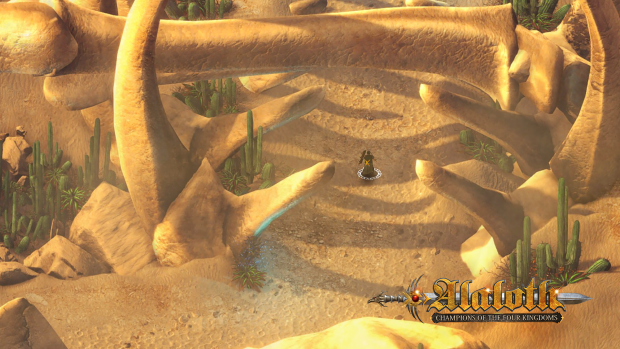 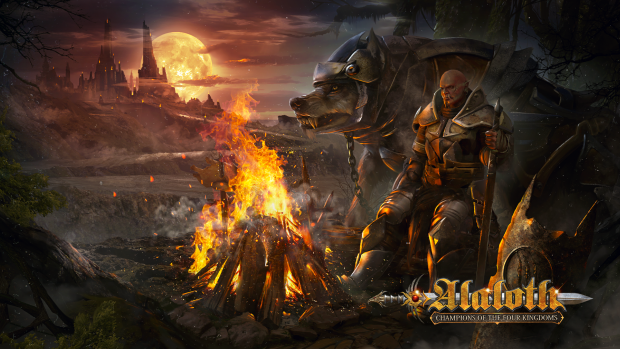 The orcs enjoy tests and trials, such as consuming lethally spiced food and drinks, developing a resistance to poison. They believe that a child must spill blood to be considered an adult, but at the same time, they value life. After all, how can one learn from a challenge that kills them? The orcs consider murder of one’s family and tribesmen a great offense, especially matricide. Hence, they especially despise Alaloth for his deed. 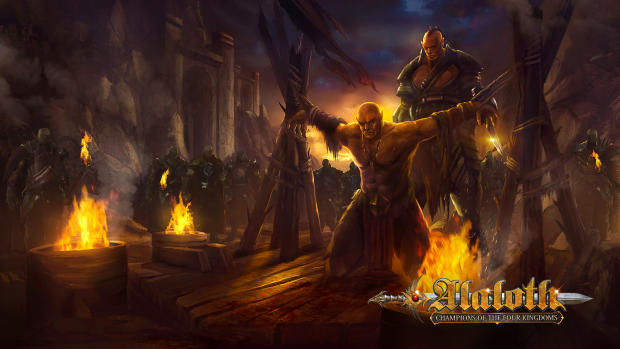 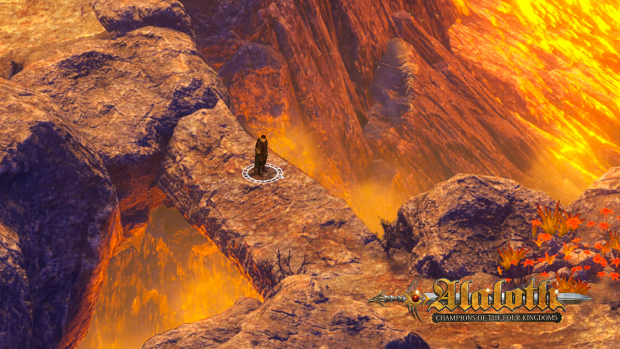 Orcs have a social hierarchy with a ruler who reigns in their capital city Na’Nardur at the top. All the lords of the other orc cities pay fealty to his strength. His rule is determined solely by deed and strength, so the lords of each of the cities always seek to outdo each other. While the hierarchy is based on one’s strength, seeking fame and glory, the society is quietly matriarchal. Female orcs hold significant power in their homeland, albeit not openly. They have an unspoken power network in the Desolation of Baga, and are often powerful magic users and priestesses.

But much has changed since The Tempest hit the Desolation of Baga. Murders have grown in number with many of the orcish murderers exiled. Stronger orcs have held onto their traditions, but the exiled often fall prey to the Alaloth’s cult, The Spectral Circle. The orcs now look at their younger generation with unease, as they seem willing to embrace Alaloth’s teachings and kill to earn power and respect, and many highly respected orcish priestesses have begun to vanish or die under mysterious circumstances. 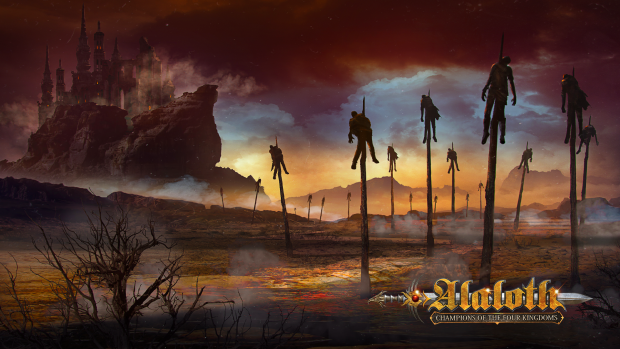 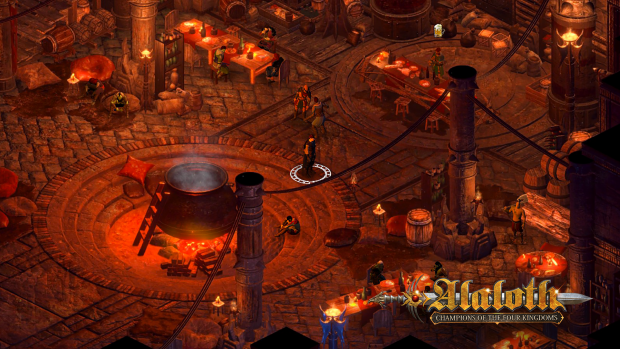 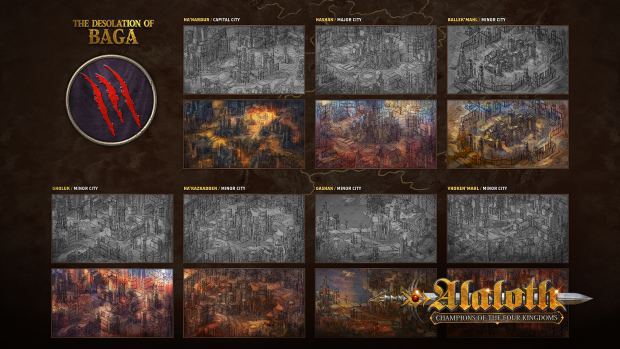 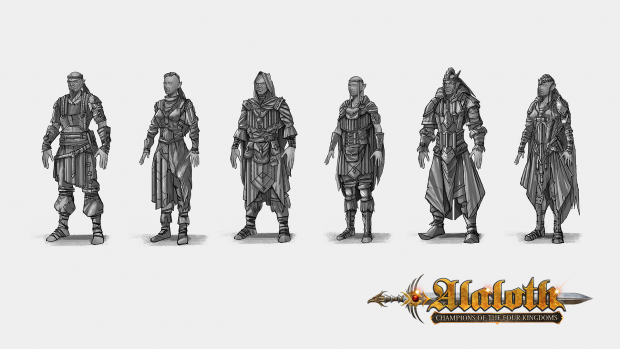 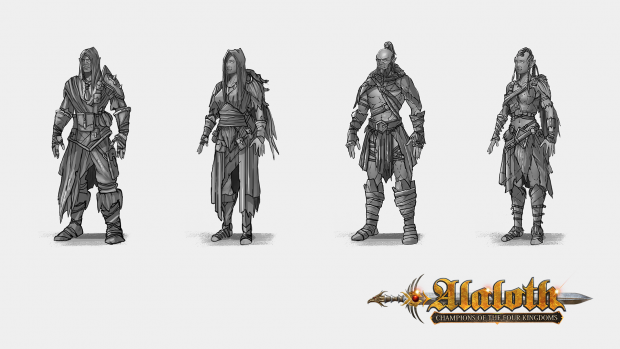 This sums up our series about the kingdoms. You can now act as an expert on races that inhabit the world of Alaloth. If you missed any of previous entries, catch up now:

Which realm are you going to choose as your homeland? Drop us a comment in Steam Discussions or join the discussion on Discord.