Hello everyone! It's been a while since we last reached out and we thought it'd be a good time to provide an update to you regarding what we've been working on and what you can expect next for Interstellar Space: Genesis. 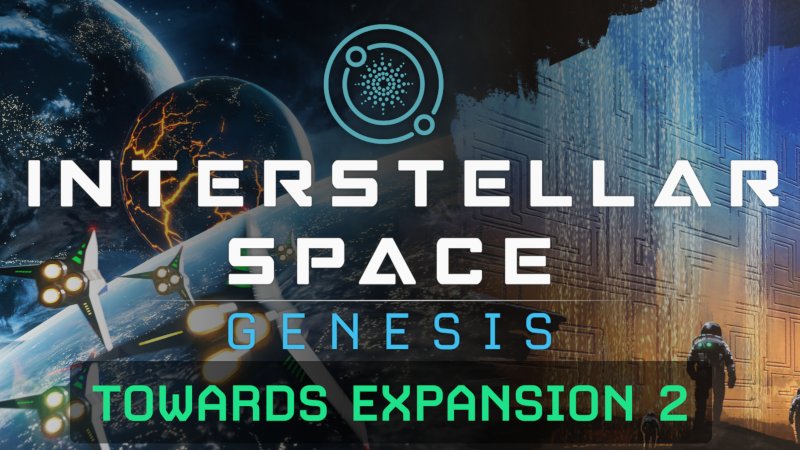 It's been a while since we last reached out and we thought it'd be a good time to provide an update to you regarding what we've been working on and what you can expect next for Interstellar Space: Genesis.

You may have noticed we've been a bit quieter than usual since the release of the free 1.3 update back in June. The 1.3 update was very well-received, and feeling the game was in a very good state at that point, our team took the opportunity to enjoy a little vacation time and recharge. We've been back working at full speed for a little while now, so going forward you can expect to start hearing from us a bit more often as we work our way towards the release of our second paid expansion.

On that note, we are pleased to report that development activities are unfolding as we announced in our previous update. Work on our second expansion is well underway, and while we can't provide a firm release date just yet, we feel there's a good chance it will be releasing alongside a free update to the base game later this year. As of now, we estimate we're about halfway through the expansion's implementation, and we're pleased to say that new content and features are being added every week.

We know you're probably curious about what expansion 2 entails. While it's a bit too soon to get into all the details, what we can share is this expansion will present a variety of new content and gameplay features which aim to promote new playstyles as well as improve replayability. It's exciting stuff, and we can't wait to start sharing more info about it with you in the near future. We promise it's going to be worth the wait!

In the meantime, we hope you're enjoying the game with its current 1.3 update. If you haven't already purchased the game or our first expansion, Natural Law, it's a great time right now to do so at a discount during our week-long sale.

As you know, we're doing all we can to keep improving the game and to win your support. If you have a few minutes to spare, and have been enjoying what we do, please leave us a review on Steam or on GOG! ❤️