Control a giant mutant lizard to eat people, stomp cars, and throw things with your mutant tail which has claws for some reason.

It's been about 3 years since I started working on this game, and it's come a long way, but has a long way to go yet.

The main idea behind it is that you control a monster with claws at the end of its tail to grab and throw things. The animation for this is driven by inverse kinematics (IK) so it looks all fancy. I started with the intention of making the game for Android phones but it works just as well with a mouse and keyboard. 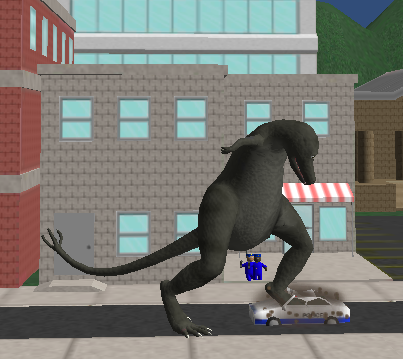 So far, all the modelling, animation, textures (except for some default UI stuff), and programming was done by me, except for some plugins that I couldn't or didn't want to do, and some sections of code taken from various forums or tutorials and whatnot. 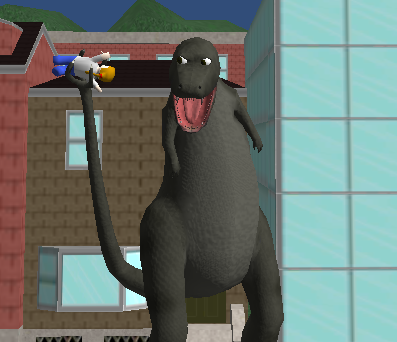 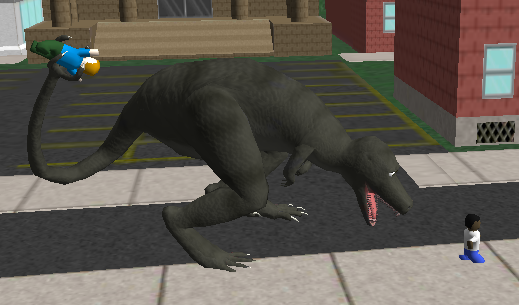 Some of the plugins that I used (the ones I can think of, anyway) are:
- Final IK by RootMotion -- This is what controls the movement of the creature's tail and spine, and I'm quite pleased with how well it works.
- Simply A* by BFGames -- Used for the police vehicles to navigate. The regular traffic just follows predefined paths.
- Spawner - Free by Garth de Wet -- I'm actually not sure if I'm still using this one. I was using it, but I made a heavily modified version to work better for my purposes and I'm not sure if anything from the original package is still used, but I think the guy still deserves credit.
- CN Joystick by Cyrill Nadezhdin -- I'm using a modified version of this, which I changed to make it work better with my other custom input stuff. But a lot of the original code is still there.