A look at our ballista from prototype to final version, and a quick preview of the Highlands map with some combat footage.

Technically these aren't vehicles, but the concept is similar to those you might find in some shooters. They are objects you can interact with by taking control over them. A stationary machine gun has no place in Mordhau, but a ballista does. Similarly, while a humvee is unlikely to make an appearance in the middle ages, players might push catapults, thus "driving" them. Unlike a modern shooter, there are challenges we face in making these vehicles look believable: the act of driving is more of a symbiotic relationship between the character and the vehicle. For a humvee, all you need is to stick the hands onto the wheel and you're mostly good to go, but a catapult does not drive itself, and a ballista does not rotate on its own.

Programmers do not always have art assets at their disposal. Here is how we initially prototyped the ballista:

Once one of our 3d artists, in this case it was Max, took over the task of making an actual ballista, things started to look much better. 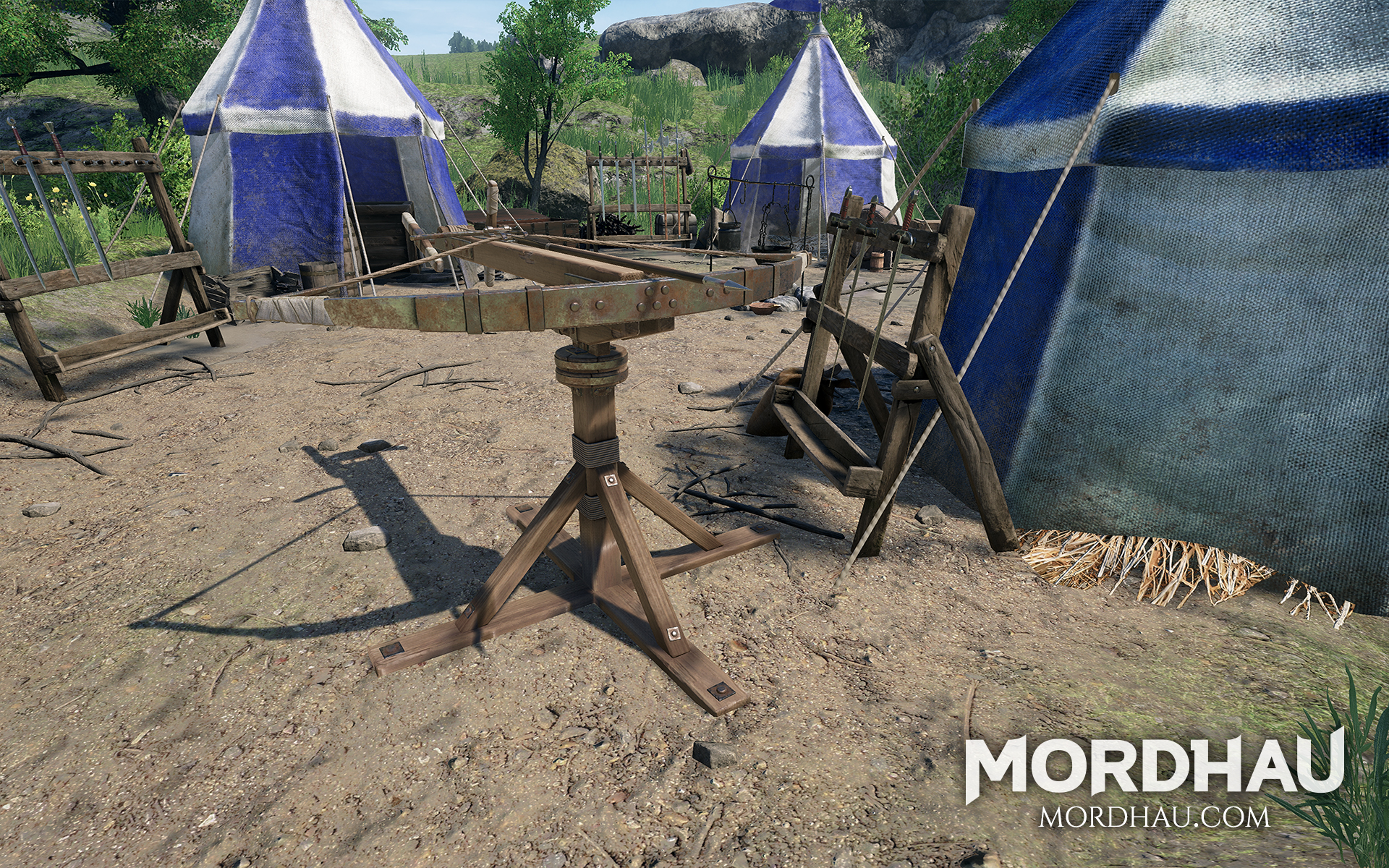 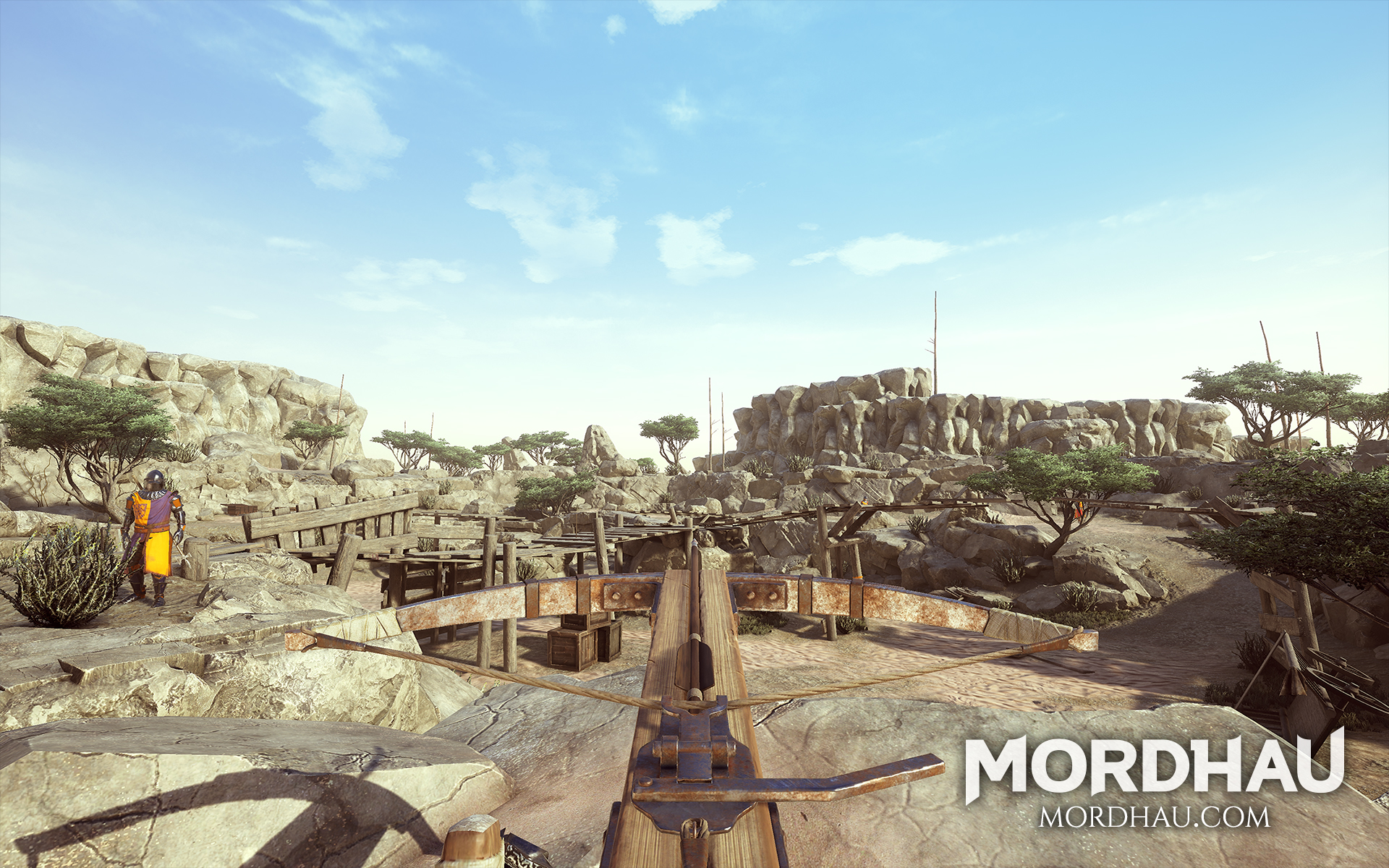 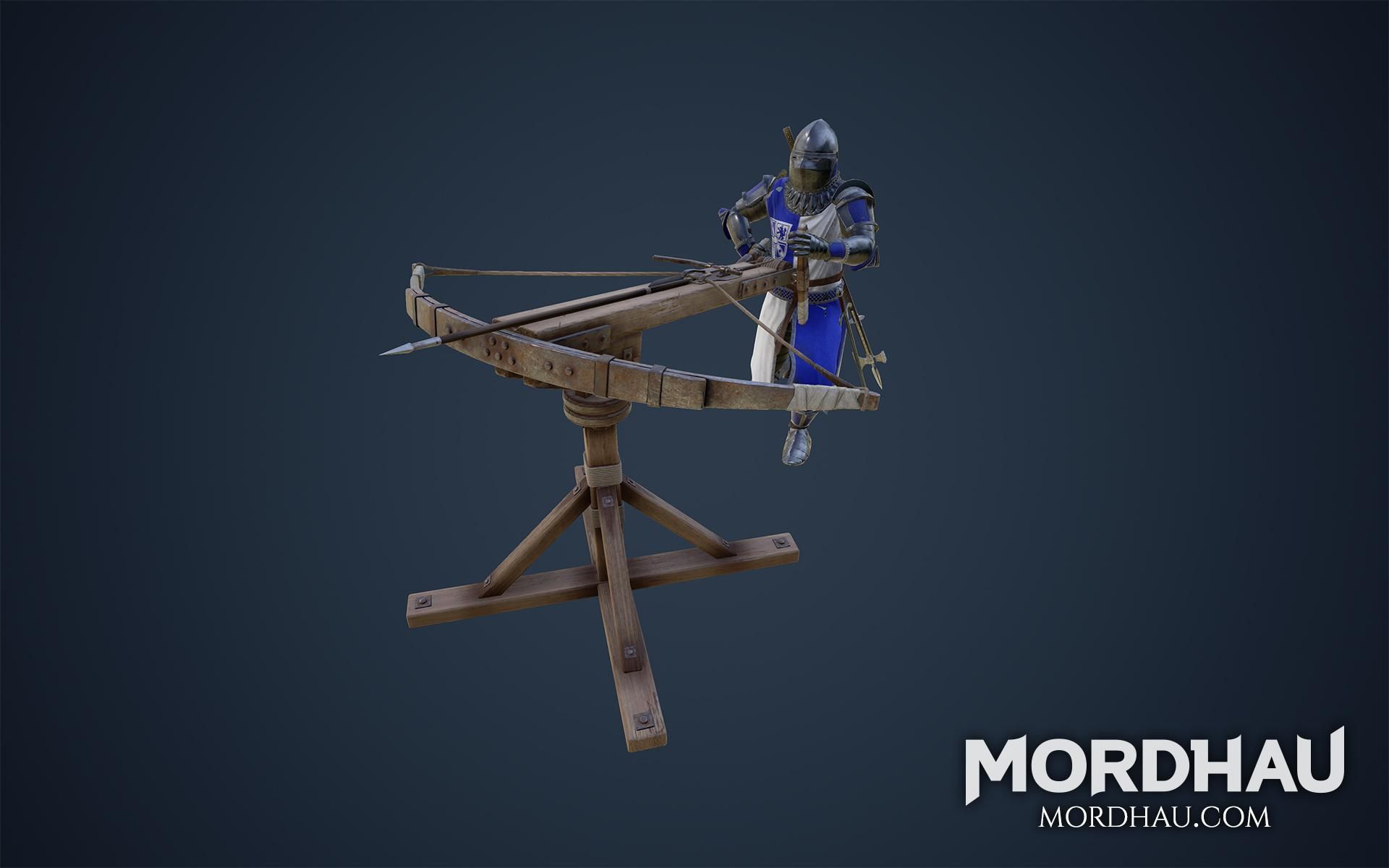 And finally, it all comes together in this short clip:

Notice how we maintain the first person view at all times. Keeping the player immersed in first person is a big deal for us! On top of that, the aiming of the ballista is done using the actual ballista bolt, so a first person view is a practical necessity. While there is a crosshair shown, this is more of an oversight on our part (whoops!), as it doesn't help you aim in this case. The change in camera shown in the clip is done manually to show how things look to other players. When the ballista turns, the player steps with it, crouches when it is aimed high, and this is exactly what we mean by symbiotic relationship -- the character and the vehicle work together.

A quick look at one of our maps: Highlands. This is a relatively simple, smaller map intended for smaller skirmishes and duels, inspired by the Scottish Highlands. Here's a clip of the map featuring a brief exchange between two characters, one wielding the impressive zweihander, our biggest two handed sword, while the other is armed with a poleaxe.

One of our animators, crush, has been hard at work replacing and adding new upper body movement animations. Here's the one for polearms, with the player dressed in a full plate suit with a tabard. These hills are a good test for our foot placement code, too!

And that concludes it for this update! Until next time!

The character animations on the ballista are very well made!

looks excellent, i can't wait for this game