Introducing rooms, from which much of the tactics will emerge. Opening doors allows for catching subjects off guard and overwhelming them; in the best case making them surrender without a fight.

Introducing rooms, from which much of the tactics will emerge. Doors block visibility for both the player and the opponents and they will be possible to destroy with explosives. Opening doors allows for surprise attacks or catching subjects off guard and overwhelming them; in the best scenario making them surrender without fighting. 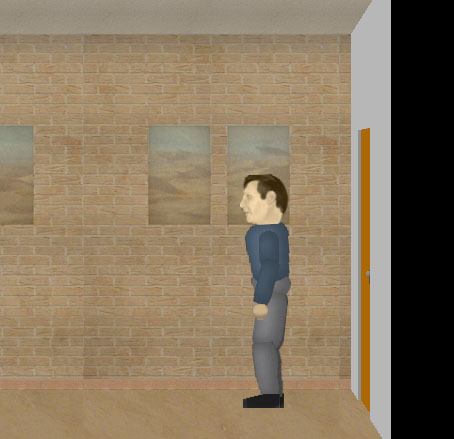 In the accompanying video is the first basis for rooms and doors, in other words nothing final.

I have also put work into making visible bullets, grenades and smoke effects. Bullets become visible in slow motion, but even in normal time rate the bullets are now projectiles with a speed rather than going instantaneously to their target as they have up until now. 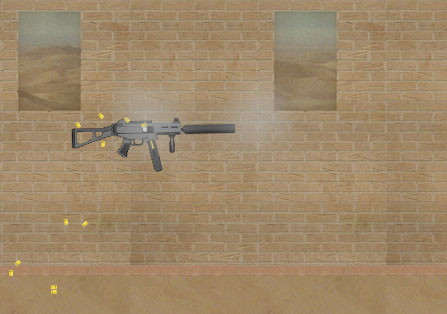 The grenade I made is a fragmentation grenade that kills everything nearby. There should be more useful grenades like tear gas and flashbangs later on that will aid in making the opponents compliant without killing them.

The smoke effect is simply put on the grenades when they explode and on the other weapons when they fire. The bullets are hard to make visible in screenshots so please check the video for this.

That's it for this week, please leave your comment!

Nice, I love the idea of a 2-D side scrolling physics based shooter!

Cortex Command is a very great game, but it dont really has tactics.

please, please please PLEEEASE for the love of god you have to finish this game :D

I think the black from the room should be changed to something that symnolyses that there is actually room, like some wooden planks or something instead of that black, but im notn shure how that would look.
Also, you should get something as a bonus if you can get the enemys to surrender becasue just running in an shooting everyone is pretty easy.
BTW, the grenades are awsome :D

Good points, I was thinking about that. I should have something other than black where there is a room, I will come up with something. Let me share my ideas about score. I like the way it works in SWAT 4 and I will do something similar. When you start a mission you have full score, 100% if you will. From there you can only make things worse - by firing your weapon, by killing a subject, failing to save a hostage and so on. So there will be no incentive in killing as such. You could however be motivated to kill a subject in order to save a hostage, since you loose more score by a hostage dying that killing a subject. I hope this makes sense. :)

that sounds good to me!