We're currently at 76th position on Greenlight. This blows our mind. Thanks a ton for the votes. However, it's time to move on.

(Edit: We soared past #75 and into the #74 spot on Greenlight today! No April Fools joke there!)

We're currently at 76th position on Greenlight. This blows our mind. Thanks a ton for the votes.

After a year and half in development, INFRA has grown big. But it's time to move on. The puzzle and exploring idea seems a bit dull so we've been working the game's story and decided INFRA needs more action to feel more alive (and reach a bigger audience). For the past week we've been integrating action elements to the game, and what is more action than zombies and guns!

Without unnecessary talk, here's a little sneak peak of the upcoming update: a render of the first gun we've been working on, the M-10, or Mac-10 as it's more widely known. 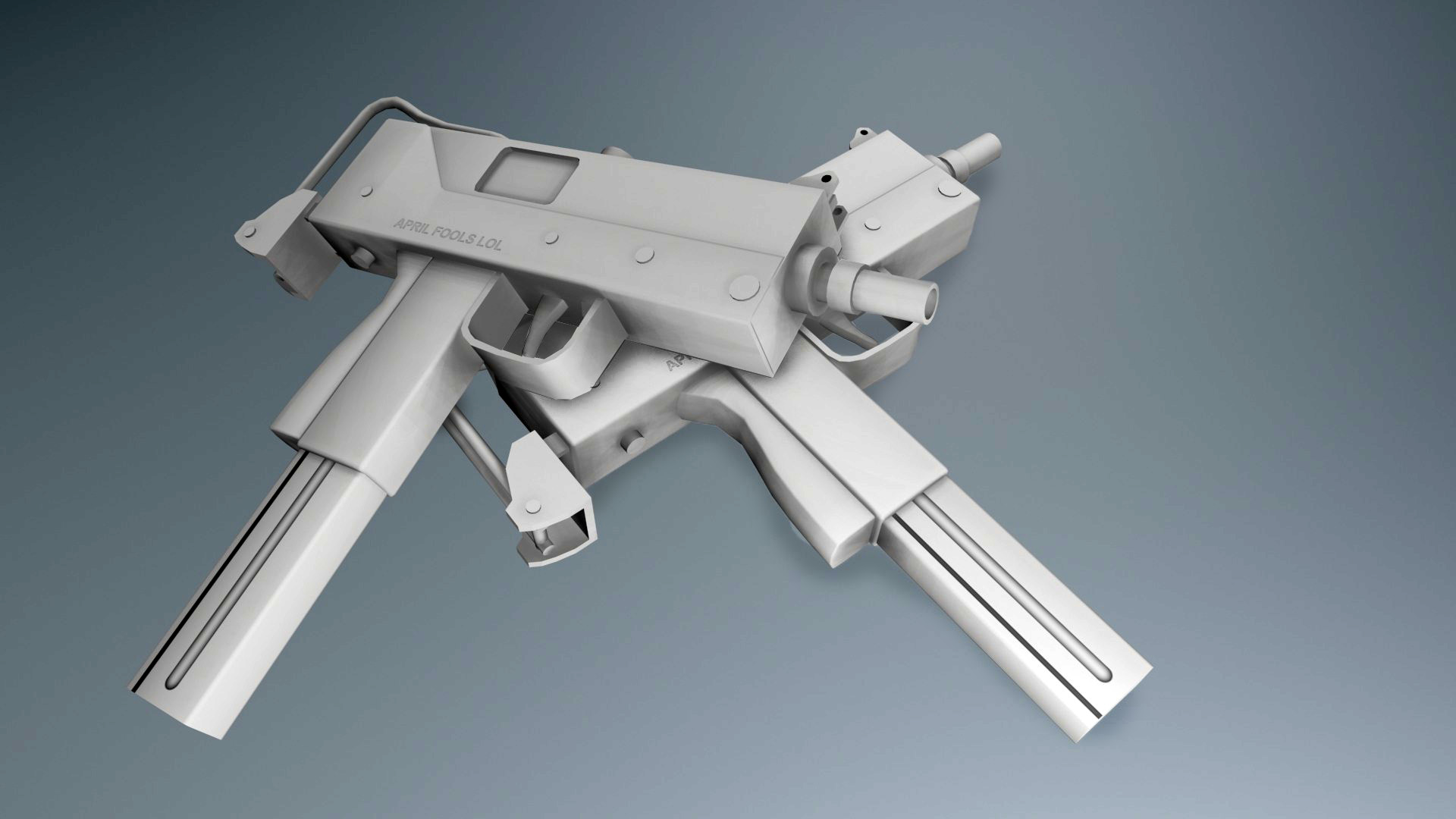 Whith this classic machine pistol from the Vietnam War era you'll be killing them zombies off with no problem, as this beauty has a fire rate of over 1000 round per minute!

Stay tuned for the update and leave a comment!

Lol. On the gun it says "April Fools Lol"

Man I was a bit worried when I saw the gun! I like it in the way it is now. You don't need to add zombies, guns.

Btw I'm very proud that you made it in the top 100 of Greenlight! Keep the updates coming. ;)

yeah you got me for a moment. :D it's a relief that it's just a joke.

Oh you infra. You are so silly

This would be such an original addition to the gaming-scene, wow guys, blows my mind!

For an April Fool's joke, that's a very nice model

Also don't worry about it taking time off the development since it only took some 40 minutes to make :D

So detailed and it only took you 40 minutes?!

How long has it been since you started modeling?

Several years. Anyway it was so fast because I only made a low poly and didn't unwrap the the texture other than the default unwrap.

That was scary and unexpected, well played.