Let’s have new info. As you’ve seen, this last months it works really fast for the production. Hundreds hours of work passes for a more effective IFSCL, more powerful (well… ), more interesting ! Screens and trailer inside !

Of course, it put off again the IFSCL INSIDE, which I refine (even if it’s mostly finished). It’ll be show later, when there won’t be new good new about the IFSCL for you.

So,what I show you is the summation of the advancement of the next version which will have loads of update !You’ll note that the important Lyoko-warrior move or fight system have been really reworked, always for a experience more pleasant ans diversified. 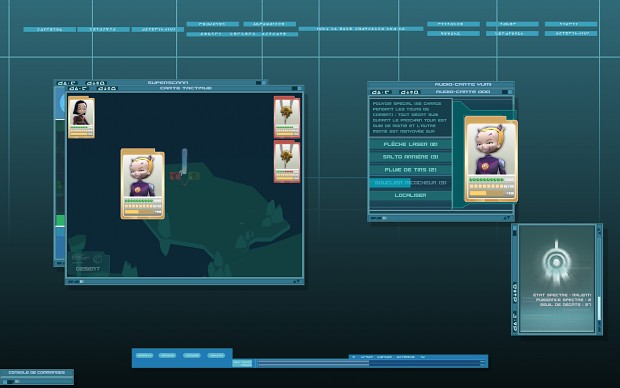 About the terrestrial spectra :

A new which could not be seen, whereas there will be there, and block the freight elevator will be useful. ! On Earth, they’ll make damage, and at a precise point, in campaign, it’s game over !

So, when XANA activated a tower, it’s clear, it make a spectra. And what a good idea to use the windows that appeared in the 5th episode, Big Bogue ! Yes, the stealthy windows of the 1st season don't have finished to surprised you !

Oh, by the way, those specters also get a name refering to the original show, like "xanatified professor", or "xanatified rats"

About the energy management system :

It is really important in the IFSCL functioning (creation of virtual world, keep territory, …), so it’s now operational, unlike the doubts which appeared in the last version. It’s characterized by 2 windows : the energy transfer one ( see when Jeremy shift energy on Skidbladnir or in a tower for keeping his William spectra under control) and the energy graphic one, often see on the Jeremy auxiliary screen.

For summarize this principle, each camp (XANA, Hopper, Jeremy) have his own energy and can use it for many things (according to what it could do) : create virtual world (Lyoko, replika …), create sectors, the RTTP, the marabounta …

So yes, it will be possible to make the tower wa-war , by giving them more energy than the opponent.

Note that the system work that way : we have to possess a energy amount to activate a program and keep it activated once it start. At the deactivation, this energy get back to the owner.

Of course, most of this programs won't be available for the next version and won't be for a long (like the multi-agent program which destroy XANA), but the system is now completely functional. For more information, see the last page of the forum topic. 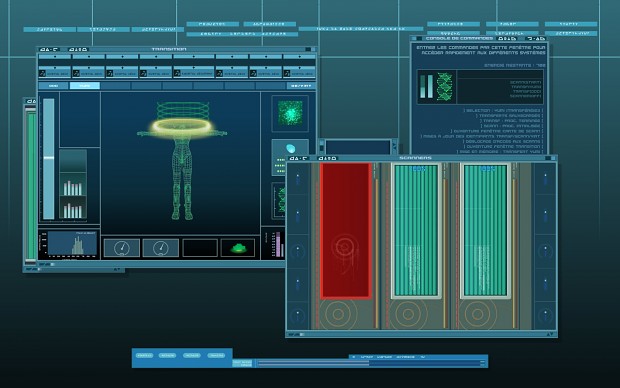 About the polymorphic clones :

Their appearance is based on the Ulrich clone's one, and I start to work on similar outfits. Note that this clones will have the old outfits when they'll be available. And made a polymorphic in fight and won live point. So they're the first monster able to use a special capacity which cost action point. Normally, in the future, the others monsters will have special power, like the Block with his ice laser. I'll also think about the possibility to use massive and strong attack.

About the sector destruction (for a further version) :

« In the series, Aelita enter the code XANA in the ONLY way tower., but,in some theory and in the interface, there are 2 way tower. How could you solve this problem ? »

The series wrongly say that there are only one way tower, because there are 2 on a territory. (If I remember well), and that's why I decided to make 2 towers. So, for now, you can decided in which one you want to destroy a territory.

About the code XANA (for a further version) :

The code XANA won't exist (well, yes but only on XANA's side). That's because, as we know, Aelita can't enter it without being under XANA' s control. When she destroy a sector deliberately, we don't see what code she enter. Maybe the creator knew that would be weird. They choose to not say it.

So I hesitate for a time to wrote « code Chimera. But no, finally a function « Destroy territory » is the best choice I have ?

Some could remember that Aelita haven't destroy it for nothing ,,, So that would be the same in the IFSCL (but it's not for now) 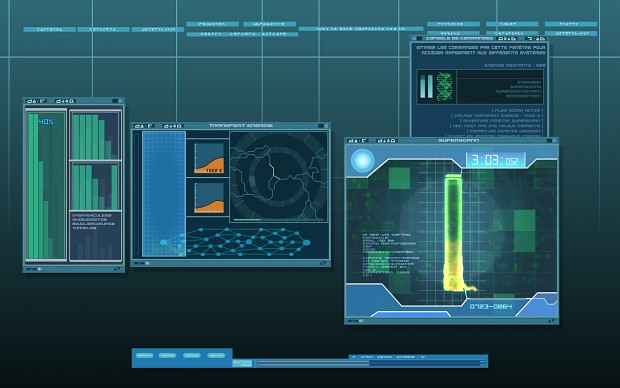 A big work have been done for the audio-card gestion, plus the text display concerning the move and the fight of the characters. Now, they have a fusion system which you can active with with the button top-left.

Note also that these cards are automatically put forward if their lyokowarrior have to fight.

Even the fight system have been updated.
Finally, the special power, who is welcome for the diversify the gameplay, is arrive (wait for an advantage system for each lyokowarrior against monsters.
If new « states » appear (odd's special defense, blocked by a Ulrich's triplicate …), this one are now on the character's fight cards.

IFSCL will be named 2.4.2 and its logo is unveiled, a pure white,!like Franz Hopper who is like the energy system, a real important news.

Even with all the beta and translation constraints, the version will be available early in June, a really short time, for a contained as dense as the title let know !

News translated by MBoucher, thanks to her !

will carthage be available

need to be more patient than that, and need to read this ;) : Codelyoko.fr

Immu.
I can´t do the mission of creator`s diary.
when I enter the journal_h(execution) there apears in the comands something to sey impossible: openig log files.
P.S. Awenser

yp, sorry, the bug was supposed to be ANNIHILATED, but it's not ><, sorry, you will have to wait for the next version :/

Immu
When out`s the next version of IFSCL?
Sory the guest was I