Last week I entered a demo level from Hypersleep into the Probuilder Sci-fi mapping contest.

Last week I entered a demo level from Hypersleep into the Probuilder Sci-fi mapping contest. Entering the contest was great fun! so much so that I have decided to use it to build all the environments for Hypersleep. 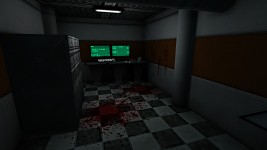 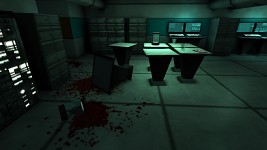 Probuilder is an extension for the Unity that adds much needed geometry modelling to the editor. The tool is focused on adding a set of tools similar to those found in Hammer and UDK for environmental modelling and texturing. Since Hypersleep has an old style look and feel similar to System Shock and Half-Life the tool works perfectly!

Using the tool has massively reduced iteration times for level and environmental design while adding the flexibility to rapidly prototype new designs right in the Unity editor in minutes. This has been most useful in prototyping new AI behaviours and how they navigate the environment. We can now efficiently design and redesign scenarios based on playtests without having to laboriously change the environments in Blender and Photoshop before reimporting them back into Unity.

You can find out more about Probuilder on their website

We hope to have a trailer and demo level publicly available very soon!

Thanks for all the feedback so far and remember to follow @trashgames on twitter and check the blog for more news in the future.

Cant wait to try out the demo! This looks like this game could go very big. Pixels are making a come back and your adding a great addition to it! Keep up the amazingly creepy work!