Post news RSS How to name a game, and the naming of Netherguild

In this article, I explore the process of naming games, and my personal process of naming my game, Netherguild - from the beginning of the project all the way to the final result, and what I learned along the way.

How To Name a Game

And the naming of Netherguild

In this article, I explore the process of naming games, and my personal process of naming my game "Netherguild"- from the beginning of the project all the way to the final result, and what I learned along the way.

If you're a game developer in a rush, and would rather avoid my storytelling, you can skip to "The Process of Naming Games, or: How I named my game" section.

A bit about Netherguild:
Netherguild is a turn based strategy roguelite game about sending expeditions deep underground. Explore, fight, camp and go as far as you can before returning above to resupply.

If that sounds like your jam, wishlist it on Steam.

When work on a project begins in most game development studios, said project is usually given a project name - For example, Double Fine mention doing so in their documentary about the development of their point and click game, "Broken Age". Another example is "project Scarlett", the project name for the Series X Xbox.

Project names are important to have - since you can't talk about what you're working on if it doesn't have an name yet! So devs use a temporary name.
Therefore, with nothing but a general idea in mind, I named my project "Deeper Down", in the very, very beginning.
My design and project folders are still named "Deeper Down" and "Deeper Down Design" to this day, in fact! a throwback to ye old times from a few years ago.

From there, it was shortened in conversations with my close group of friends who tested it to "Deeper", and the name stuck for a while.

The issue with "Deeper":

...
But...
I'm sure I don't need to tell you, that "Deeper" sounds rather... dirty? in a certain context. It was a great source for inside jokes during early development.

However, as fun as using "Deeper" as a name was, it wouldn't feel right to just go with it without researching the process of naming games - and as I saw, and soon hopefully you will see, a name like "Deeper" is riddled with issues...

The Process of Naming Games, or: How I named my game.

And thus, I delved into research and assembled what I learned into a few key pillars: All of these are good to have in mind when coming up with a name - especially for a game, but even for other products.

-SEO and "searchability"
The first thing you should do if you have any name in mind is to search for it in a search engine, especially google since that's the one most people use at the time of writing this article (for better or worse).

If you name your game "name" or "red" for example, there are most likely a thousand sites appearing before yours, and name.com is a taken domain, and so is red.com.

You generally want a name that's easy to search but when you search for it, you won't get an immediate result that matches it entirely, so you'd get to the top of the search results. You also probably don't want to compete in the search results with known products or big companies-
-For example, I was battling a WoW guild named "Twisting Nether" for a while for the top result of "Netherguild".

Also, if I would've used Deeper I would've drowned in other search results, not to mention that I found a game with a similar name I'd be competing with as well!

-Catchiness & Distinctiveness
A lot of names such as Battlefield, Forager, Minecraft, Starcraft- are single words and roll of the tongue nicely. So it is with "Far Cry" or "Left 4 Dead", which are longer names. On the other hand, a game named "The Epic Revenge of John Johnson: The Final Finale of Bruce Brusky", while sounding pretty awesome - has a somewhat un-catchy name.

Additionally, while familiarity is a powerful force, a game named "buildcraft" might quickly get compared to minecraft rather than considered it's own thing. On the other hand, if you name your game 019231032HHH, while it's a very distinctive name, it might end up confusing players who want to look for your game or talk about it.

(I heard some people also criticize VVVVVV for it's name, but I personally like it. It's still in the safe zone of "crazy" when it comes to naming if you ask me, and it also fits some of the other pillars below, at least to some extent.)

Also, while I'd imagine it would be common sense to some people, I'd wager for the most part it's a good idea to stay away from filler words like "Fun" or "Game", if they don't really mean anything.
"That Fun Zombie Shooting Game" will both hurt your SEO and will make it hard for players to recognize your game by name or search for it.

-Meaning (& how related a name is to the game)
Your game's name needs to be related to your game! So when players think about your game, they can recall its name easily.

Be it in tone, in theme, in relation to the game's "lore" or all of the above. "Destroyer of souls and mankind: XII" is hardly a name fitting a doll dressing flash game, and "Fiery Escape" would be an unfitting name for a snowboarding game - that is, unless you're escaping a frozen volcano that is now spewing red hot lava, in which case send me a private message so I can play this game, please.

-How it translates to different languages
Imagine you're a Swedish developer, and you came up with a really nice name for your game: "End".
How dramatic!
And since it happens in a Norse setting, you'll use the Swedish word for 'End', which is 'Slut' (read as 'Sloot'. Yup. Look it up).
However... when you try to publish it online, people get the wrong idea about it, mistaking it for the derogatory word in English.

It's the same with the opposite; if you're an English speaker, and you happen to name your game something that unintentionally translates into something completely different in a foreign language (especially if your name isn't made out of complete English words), it's always worth to quickly hop over to google translate or so just to check for... "funny accidents" - which could potentially alienate an entire market, cause misunderstandings, or just feel creatively wrong for you, the developer/s.

Same with misspellings, for the most part, unless it's intentional- at the very least, it's always worth checking and asking English speaking or international friends.

-Spellable from hearing
And last but not least, it's just a good idea to have your name be spellable easily- just by hearing it, at least where your main market is. For example, a game named "Doohinkus" might be confusing to spell.

Memorable names are good for searchability too and help your players remember your game's name. 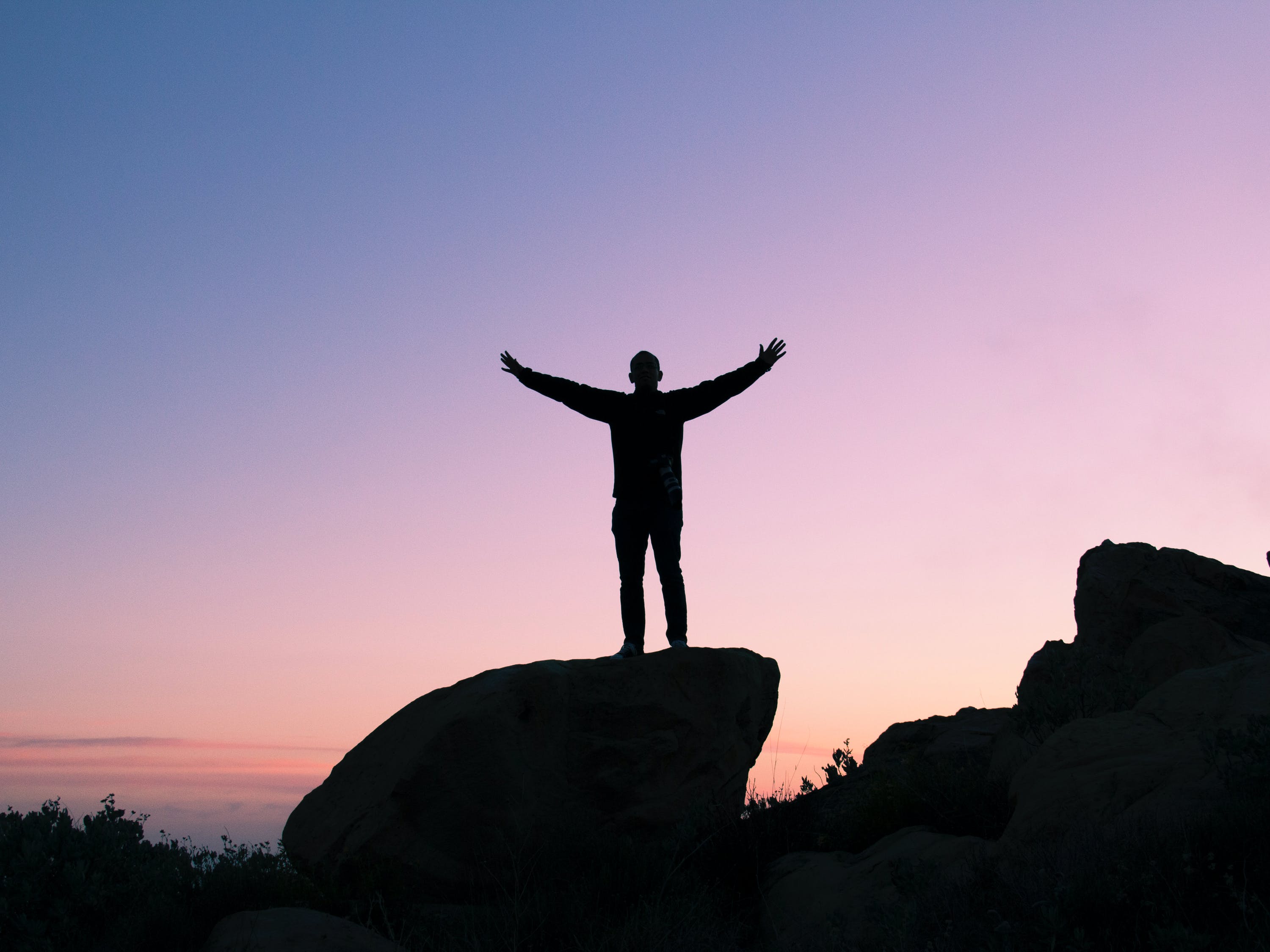 Congrats! Now we have a few good guidelines for naming our games.

Summary: having a searchable, catchy, meaningful, easily spellable game that doesn't translate to the wrong word in a different language, is great criteria for naming your game!

So, with all of the pillars we mentioned in mind, how do you come up with a name and check that it's good?
If what's written above is general guidelines, then this is the more practical part of name creation.

-Using different categories to assemble names
How do you even come up with the words for your game's name? Well, there's a ton of sources you can use! I generally divide these into different guidelines, here's an example from my own documents:

Another neat option is using words in different languages which can give your game some unique flare- for example, latin:

If it's a language that is still actively used, it's also a good idea to ask a native speaker if the name sounds alright. Just in case.

-Adding unique words
A unique or rarely used word can help distinguish your game's name from other names!
For example, "Zombie Army" is an ok name, but... "Undead Brigade?" far better.
It also rhymes, which adds to catchy-ness.
That's actually partially how I came up with the "Nether" in "Netherguild"- seeing how it's somewhat of an uncommonly used word.

-Asking Bob
To check if a given name is any good, you can just use the beautiful method of... "asking bob!" just say to yourself-

This mimics how easy it is for a player to talk about your game to other players. And yes, word of mouth is always important.

The End of the Story:

After a lot of reflection, thinking, and name rejection (+ feedback! always important), I came up with these names;

I put these options to vote among my friends and everybody I knew / could ask. Netherguild won by 10 votes, the closest to that were Council of the Crypt and Deep Under Wesnor, both with 5 votes.

I think an important thing to mention here is, if possible, to mainly ask people you can trust - a public vote or a vote among fans may end up with someone else buying the .com domain for your game, and that's a whole load of unnecessary trouble to deal with. 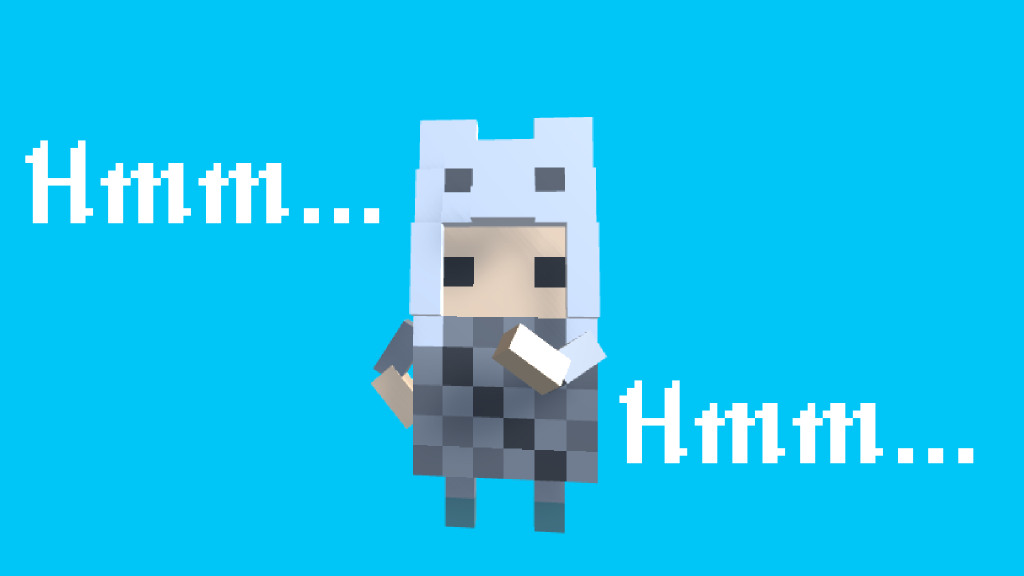 Overall, I feel like I've gotten better at naming games! Don't you feel like you have, reader? learning is a big part of game development and your personal journey towards improvement.

Additionally... while I love my game's name, when I turned my Discord server public, people who joined through server discovery were expecting an actual guild rather than a strategy game, so I had to specify that in the server name afterwards - and in retrospect, 'Netherguild' can also cause unnecessary confusions about being related to Minecraft due to the somewhat similar artstyle and Minecraft's "Nether" area. (Not to mention, Netherguild is not even inspired by Minecraft! Article: The Inspiration Behind Netherguild)

Your game's name may face unforeseen issues, and that's okay! After all, these guidelines aren't perfect, they're just meant to guide you to the proper path - and some of these problems are only noticable later on. So get naming!

Speaking of the Netherguild Discord, feel free to join if you want to learn more about Netherguild and try it out! I post there weekly.

Be sure to wishlist Netherguild on Steam as well if it piqued your interest! (: