IFSCL 3.0.0 has been released a month ago, quickly followed by a quick fix version, IFSCL 3.0.0.c, there's still some crash for users with integrated graphics cards or weak ones, but fixes are on the way with the upcoming IFSCL 3.0.1, also, fully compatible with Mac this time.

Apart from crash fixes, the main additions of 3.0.1 are the new mini cards, the possibility to stack them in the towers, and the long-awaited command list/readme available directly into the game : 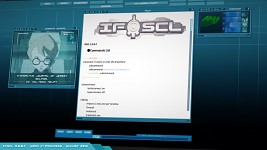 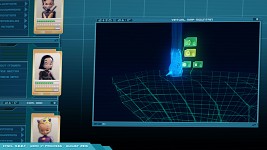 In the meantime, here's some new concept arts I decided to drop, focusing on the new menus created for 3.0.0, along with notes about future lyokoguides group handling system and mini cards logos design (after 3.0.1...) or even sketches of mountain sector elements. 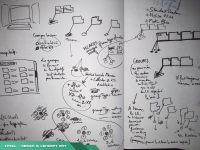 You can look for more on the gallery

Here's a new IFSCL Inside (making of) video.

Featuring a few extracts of my work on IFSCL 3.0.0, scanners and superscan, creating assets on flash, animating and exporting in or outside the Unity Engine.

I kept mostly the graphical part of it, since seeing me writing lines of codes might be less fun to watch. (well...you might see my definite jump from monodevelop to visual studio...)

I'm also studying the possibility for a quick 3.0.1 trailer.I will announce soon If one's is coming or not. Have great time, 3.0.1 is coming!

Keep up the hard work, your efforts are inspiring.

thanks, your nice comments too ^^