Today we will provide a detailed description of our damage model. It is so playfully to destroy enemy ships, isn't it? :) Partition of a ship into separate modules lies in the damage model (hereafter referred to as DM), each of the modules has its own durability reserve, bears responsibility for particular functions of the ship and connects with other modules.

Greetings, dear friends! Today we will provide a detailed description of our damage model. It is so playfully to destroy enemy ships, isn't it? :)

Partition of a ship into separate modules lies in the damage model (hereafter referred to as DM), each of the modules has its own durability reserve, bears responsibility for particular functions of the ship and connects with other modules. Let us examine the pattern of the DM on an example of ready vessels - our favorite missile boat of the 205 project and the November submarine, which appeared, previously on the renders. 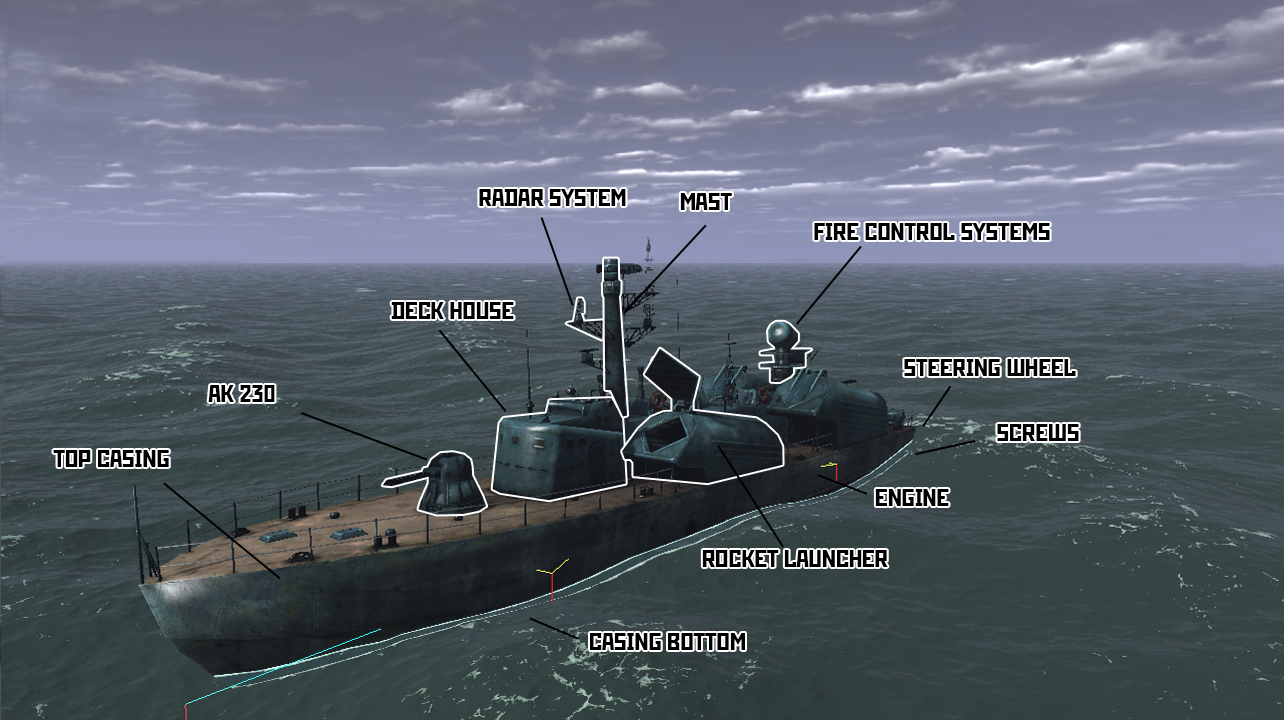 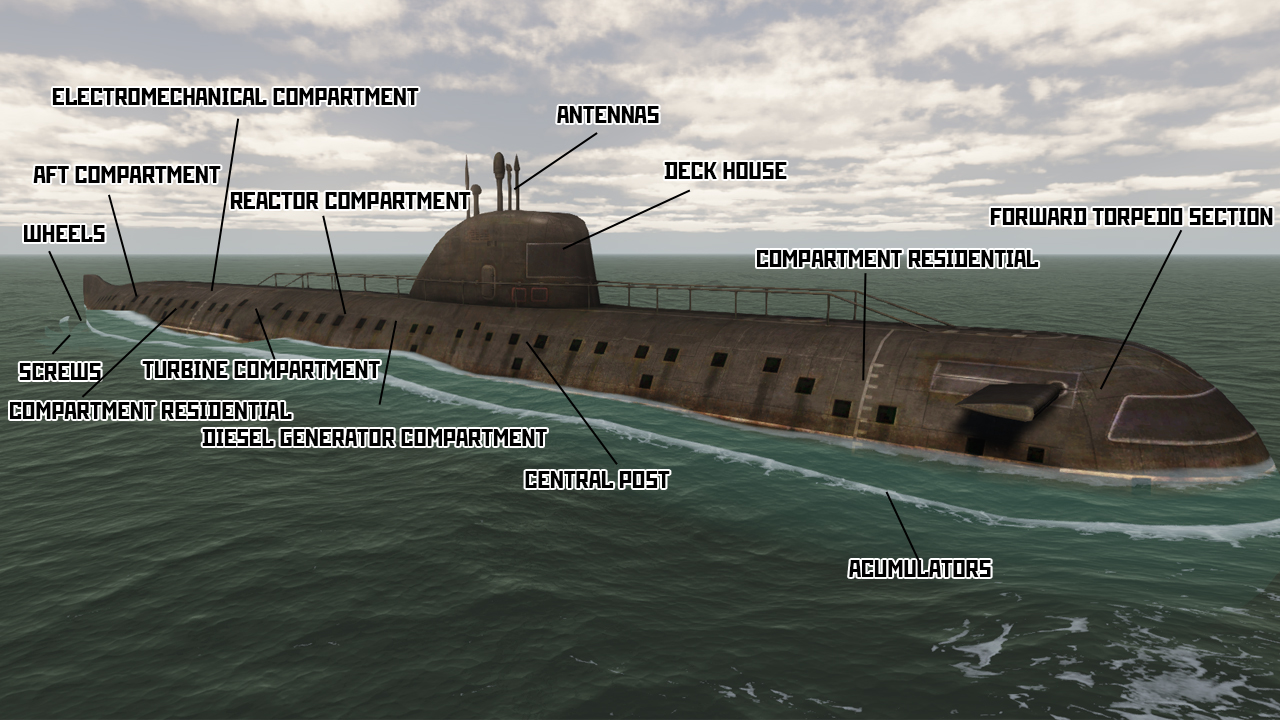 Different elements of the vessel possess different durability. For example, radar locators are vulnerable even for heavy machine guns. Thereat, the ship's elements are interrelated. Those radar locators cannot function if the mast has been broken and the missiles cannot be launched without FCS.

Apart from simulation of direct destruction of a ship in general or its parts, the DM has one more task - realization of submersion. Every ship is divided into some number of conventional sections, which begin to be filled with water after some amount of damage received. 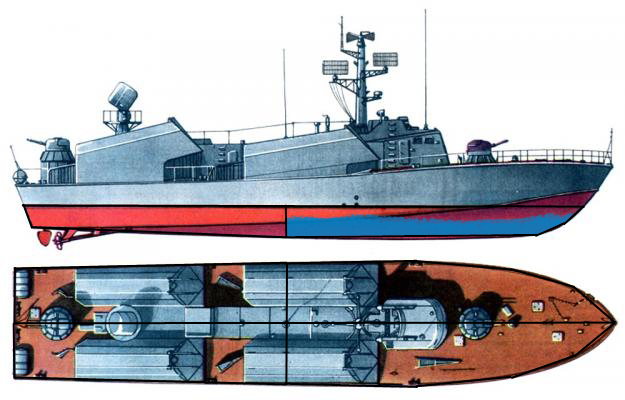 The amount of these sections is limited by four for the project 205; larger ships may have significantly more sections. A simple scratch will not lead to submersion of a ship - the sections have special defense parameters based on the general damage level and damage from a particular hit. For example, the section A will begin to flood upon the receipt of 300 units of damage, thereat it should gain 20 damage at once to receive a hole. As soon as a leak appears, the water will pour into the section and the crew will start fixing it. The more water gets inside the ship, the larger lurch it will have to its damaged side. The lurch decreases significantly its controllability and combat effectiveness, for example makes aircrafts' takeoff from carriers more difficult. 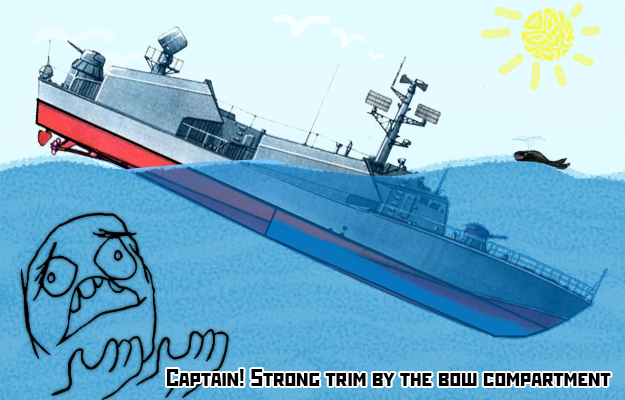 There are many ways to damage an own or enemy ship, mainly powerful explosions. Let us examine the influence of the main types of shells, missiles and torpedoes on the DM. Not all of them will be available in the first beta versions of the game.

The first and the most common occurrence. A simple explosion. 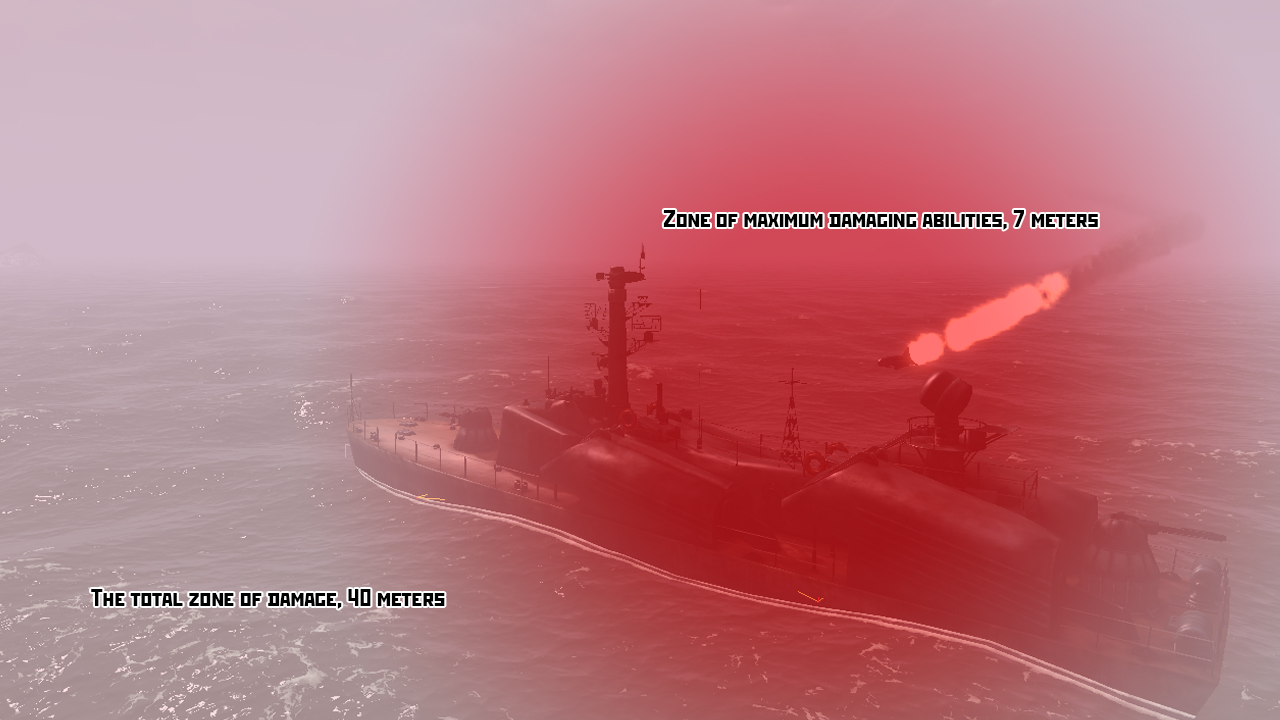 In a second after taking this frame, the missile will hit into the area of one of the launchers and turn the ship into a flaming torch. As you can see, the explosion has the form of a sphere, losing power in a direction away from the epicenter. The epicenter (in this case) is a spherical core 7 meters in radius with the maximum power of explosion inside it. This is the main way to hit the enemy, massive undirected explosion, which damages the major part of even a large ship in varying degrees. The second occurrence is the directed explosion. 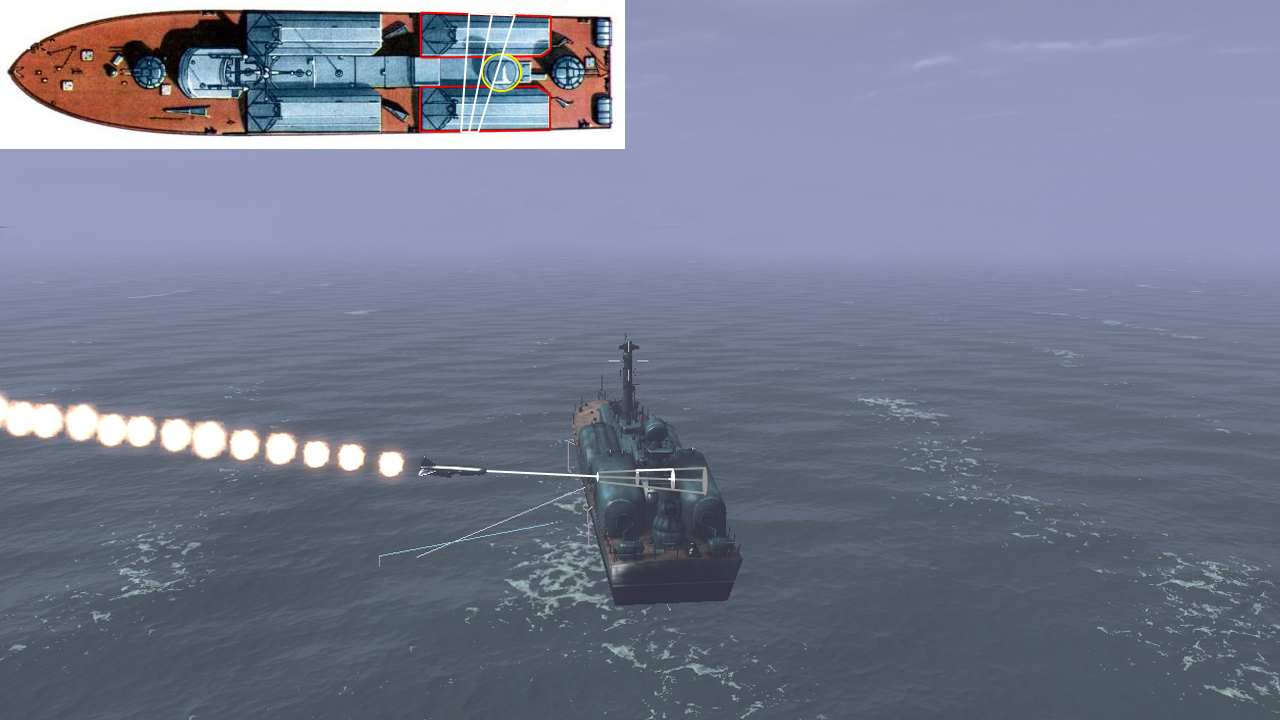 This is a more specific shaped-charge projectile; it will not be present on the first stage of beta testing. The explosion wave makes a specific pike (I cannot name this stream of death a needle, as it said in the professional literature), which pierces everything it meets into a huge depth and ignores almost all types of defense. In general, it is a very scary thing. It disperses upon drilling your ship, creating a cone with the major power along the central line. However, such ammo is very dependable from the place of entry. As you can see from the scheme, the cone had easily burned through both launchers and mauled the FCS and hull, but the majority of the systems remain intact and the ship is still battle-worthy.

Implementation of both realistic and resource-saving DM is one of the main tasks of our team. Many details of this system may be changed, and tests will show the particular figures for durability of sections and other elements of balance.

You watched "How does it works?" :) Stay in touch! We will discuss the long-expected submarines in the next publication, if nothing unexpected happens.

Iowa.. Oh, I think we should add it as in-app purchase to get tons of money :)

Anyway, we plan to add Iowa this summer.