We’re back! It’s almost December, and we’re slowly getting closer to the release of The Last Spell!

Today we’ll take a closer look on how we designed the overall system which drives our characters in their fight against the hordes of evil. We wanted to make something that would be:

In fact we actually already re-worked this particular system twice since we started thinking about The Last Spell! Right now we have come up with something that seems to be working pretty well on paper. We still have to playtest it in our next prototype, but we are pretty confident it should do the trick.

So our characters have several components that define them:

The skills overall come from the equiped items, and mostly from the weapons, so I’ll talk about it in another blog post ;).

The Perks and Traits are more advanced features, so today I’ll mostly be talking about the Attributes of the characters.

They are divided into 3 groups: 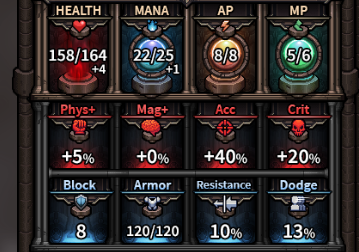 So, now let’s take a closer look. A lot of the Attributes are pretty easy to understand: Health, Mana, AP and MP are pretty standard. You’ll have a few APs to use each turn, so you’ll be able to launch several skills during your turn, and make your own “combo” moves. For now, you can usually launch ~2 skills in your turn for each character, but that may change (with leveling up too!)

AP is a really important Attribute, so +1 Max AP bonuses will be quite rare.

Phys+ and Mag+ are pretty straightforward too. If you want to make a magic focused character, you’ll want to invest in Mag+ bonuses.

Maybe it’s time to talk a bit about Physical and Magical damage types? It’s pretty straightforward too, most of the skills do Physical damages, but some do Magic damage (magic weapons like magic wands, but not only! A powerful flaming sword could to magic damage too). The particularity of Magic damage is that it completely ignores the target’s Resistance Attribute, making them pretty interesting against highly resistant opponents that would otherwise ignore most of the damages you’ll make. 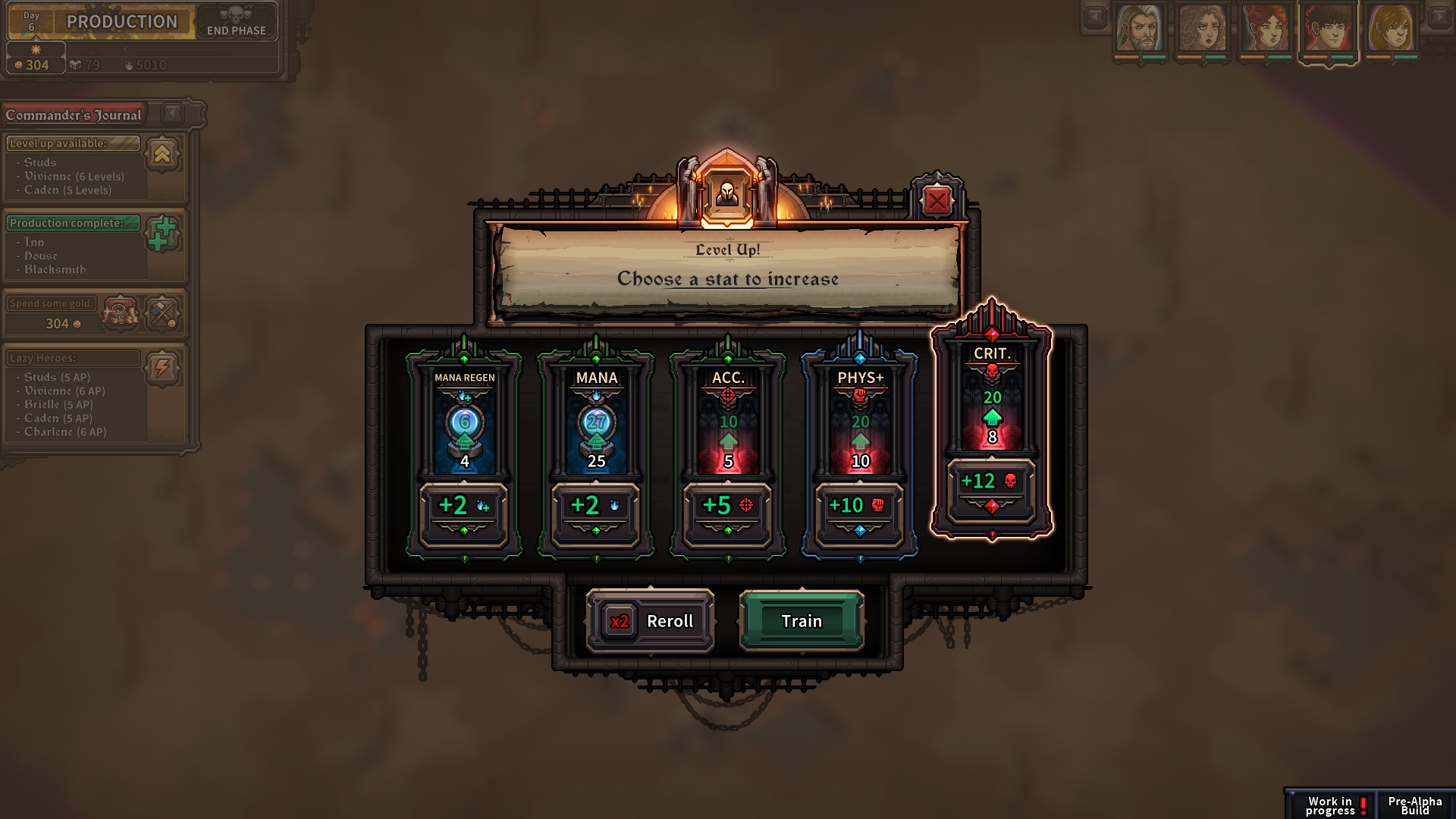 One particular Attribute that is quite unique for our game is the Accuracy Attribute. It works like this:

Accuracy is also used in other special skills, but mostly it enables you to rely less on RNG for your attacks (and on average do more DMG).

That’s a strong design principle we wanted to have in The Last Spell: as you may have seen, there is no % chance to Hit the enemy: every attack has 100% chance to Hit. However, it still has some range of DMG it can make, that you can completely reduce with the high Accuracy. There is a bit of uncertainty, but you can have control over it.

The defensive Attributes now. We designed a system with 4 defensive attributes. That may seem like a lot, but with it we can make some interesting behaviors and synergies. In fact, most of the enemies will only be strong in ONE defensive Attribute, and you’ll get plenty of weapons specializing against one particular defense.

For example, you’ll get some “No Dodge” spear attacks, “Armor Piercing” axe swipes and “No Block” hammer strikes.

There is no “No Resistance” feature because it’s already what the Magical damage does, if you followed me since the beginning 😉

For now, the formula for an attack is this:

Next attack on the enemy will be more effective, because it will have 0 Armor until next turn.

(this example is completely fictionnal, as I said most enemies will only be strong in 1 Attribute, in the beginning at least)

That’s it for now! Don’t hesitate to comment on these blog post, either here or on our Discord server!

And they need all the support they can get! So if that sounds like your kind of game, check out their FIG page!

One of the games I look forward to most!!