Introducing: Swamp Smash. A game about anti-gravity boots, swamps and smashing things. Made for then #gbjam

Since the 8th of August, we are working on our #gbjam entry, called Swamp Smash. It's a little smash-em-up with the looks and theme of the Game Boy Classic era. That's what this jam was all about. The first version will be released ... tomorrow evening (That is 22:00 / 10pm CEST)

In Swamp Smash, you play Joe Swampsman. A guy with anti-gravity boots and a machete... and also a knack for killing things. Since Joe doesn't like it when evil blobs and flying skull spirits are roaming his swamp, he's out to get rid of them. With his machete. And his boots. 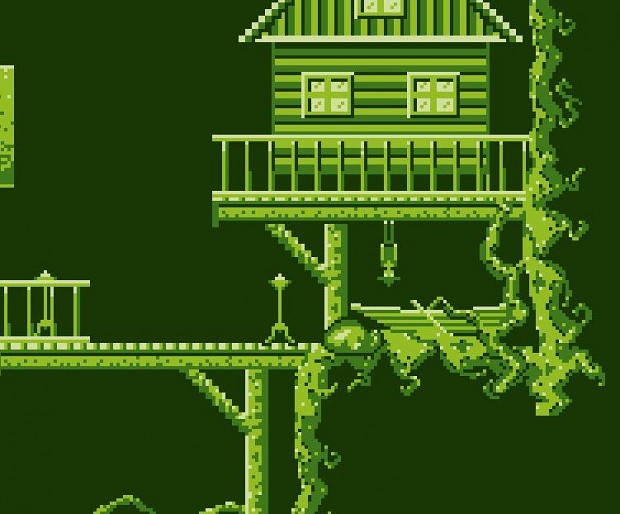 After the Jam is over, we will expand on Swamp Smash by adding new levels and we're planning on creating online highscore lists so you can compete not only against yourself. Additionally we will make the sources and the artwork public under the BSD license so you can have a look, if you want to.