Try the Stealth JRPG set in the Greek Underworld for yourself with the v0.9 demo! As the Kickstarter looms over the horizon, Meringue Entertainment is here to showcase it's work... 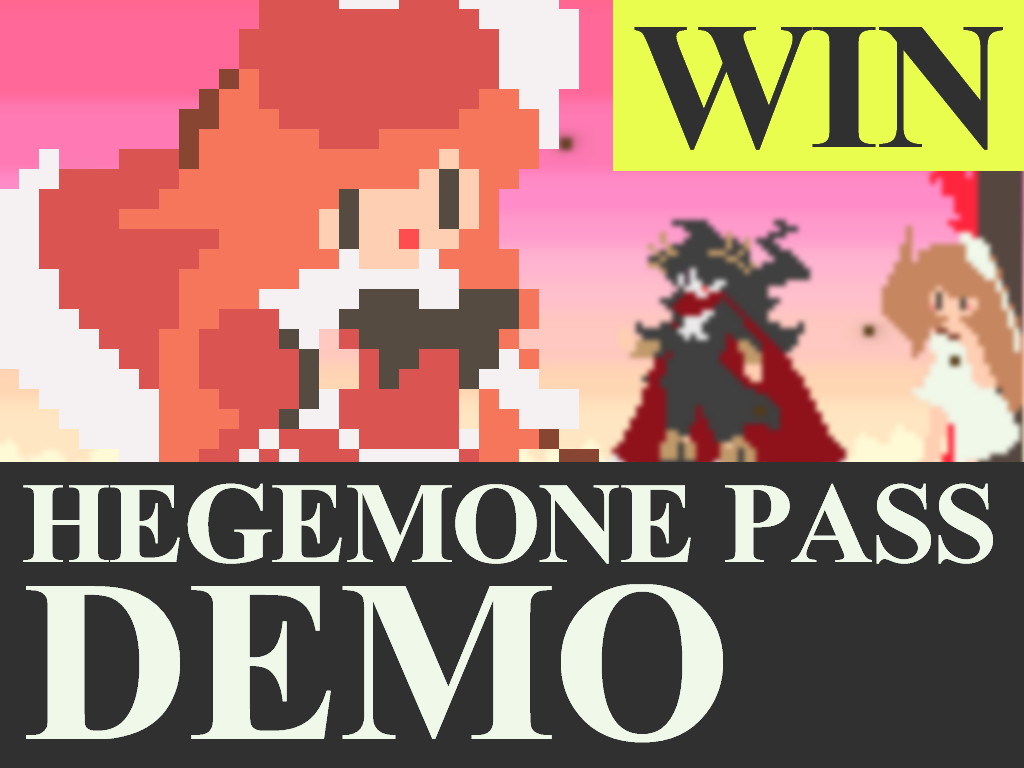 Hello indieDB! And some great news!

The game demo of Hegemone Pass is out NOW! You can download it from the frontpage of the website. In addition, there is a survey (much shorter than the previous, private demo) where you can drop advice, criticism and feedback about anything related to the game/demo.

Get the Demo here!

Fill in the Feedback Survey here! 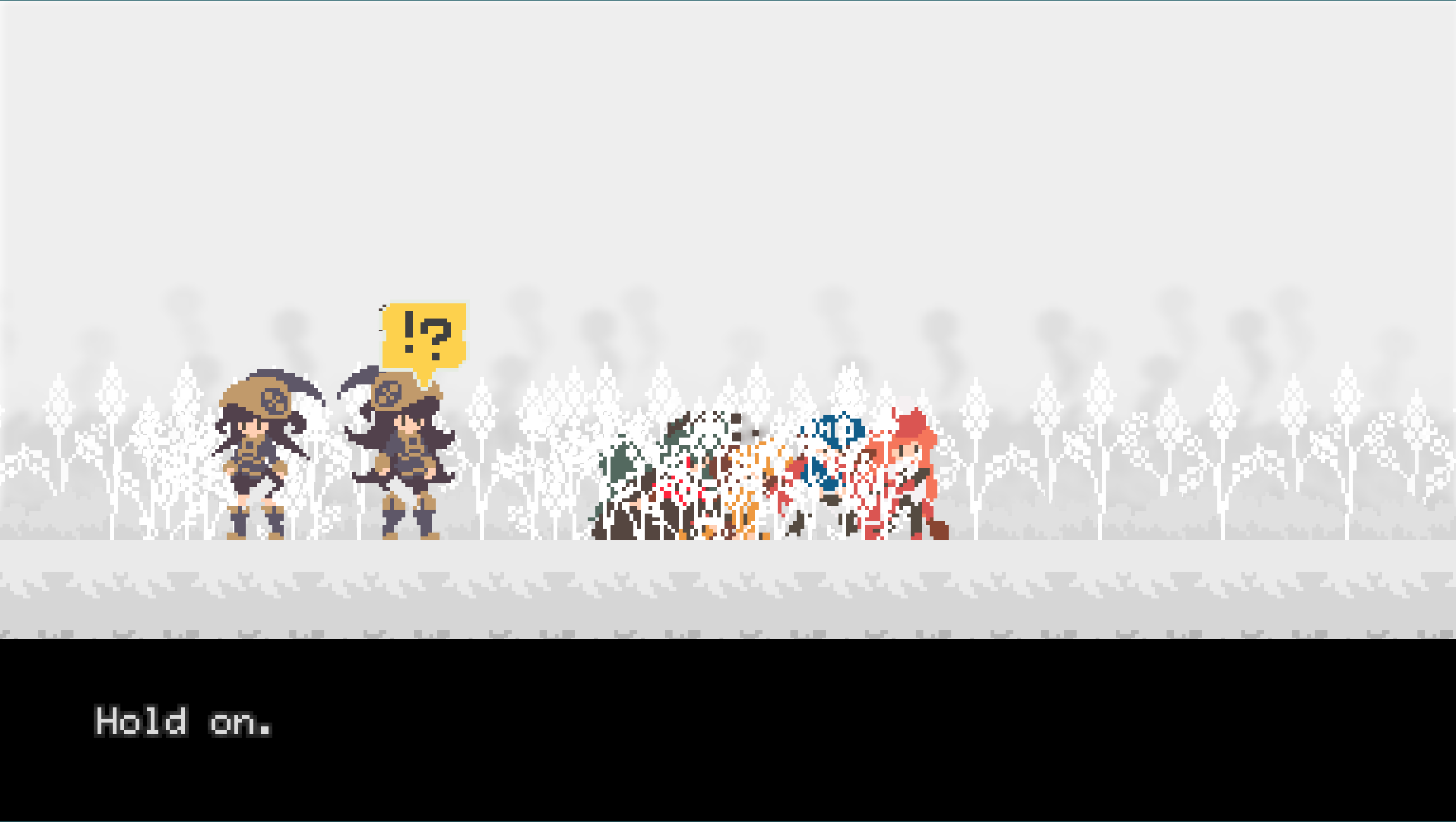 I’ve tried to take in a lot of advice and feedback from the private demo from a while back. Most notably is that this demo has a sort of contained, “pilot” like story. There are quite a few cutscenes, all done for the demo exclusively.

Because of the pilot episode styled story, this isn’t a slice of the actual story of the game, but, you know… a pilot. It’s meant to very quickly introduce the world and how it got there, and why our characters fight. 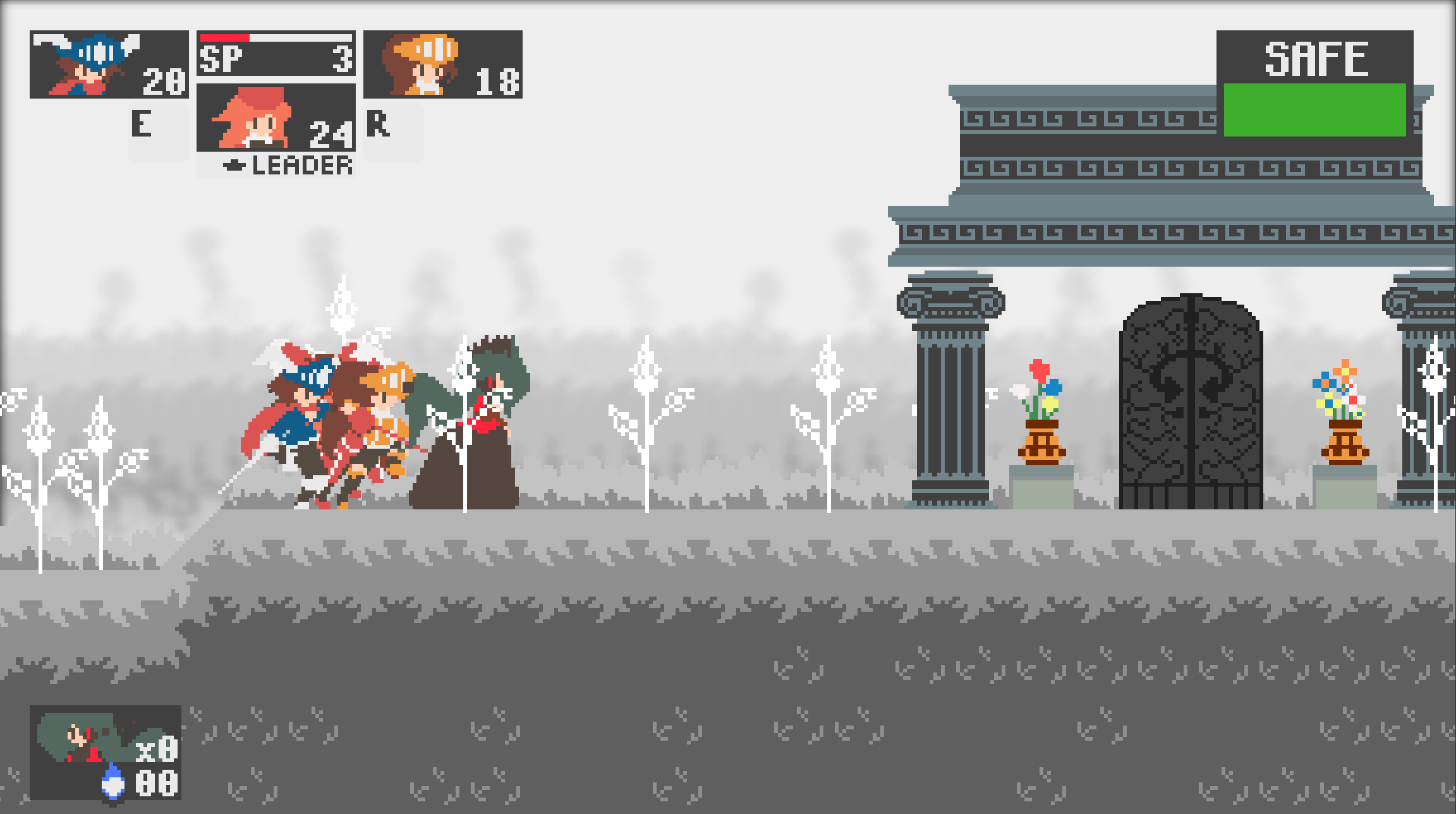 The cutscenes and certain story beats have been taken from various areas of the actual script (from the beginning of the game, a bit of early game, and a bit of mid/end game: of course, the elements used aren’t in that order). As a result, the story here isn’t representative of the final story. This was done because you have your entire party from the start of the demo, which isn’t the case in the actual game’s story. 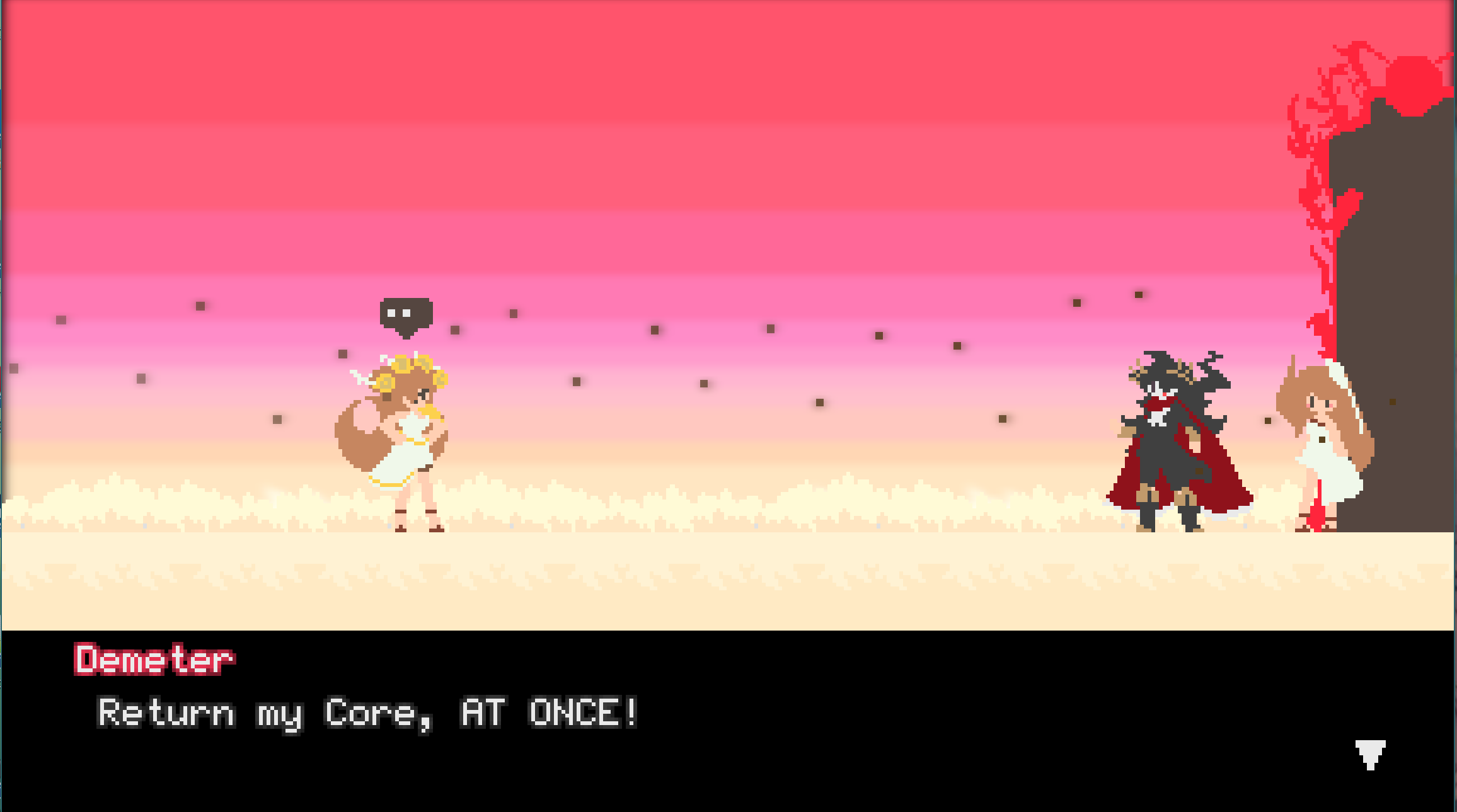 Also… version 0.9 was done without proofreading… Since the story is a weird hybrid of a few of the game’s events while trying to make it coherent, the story might make no sense in a few areas, and character development is all over the place.

There’s a bit of everything in the demo, but it is rather short. Unlike the old private demo, I had to cut out the hard mission, for three reasons: 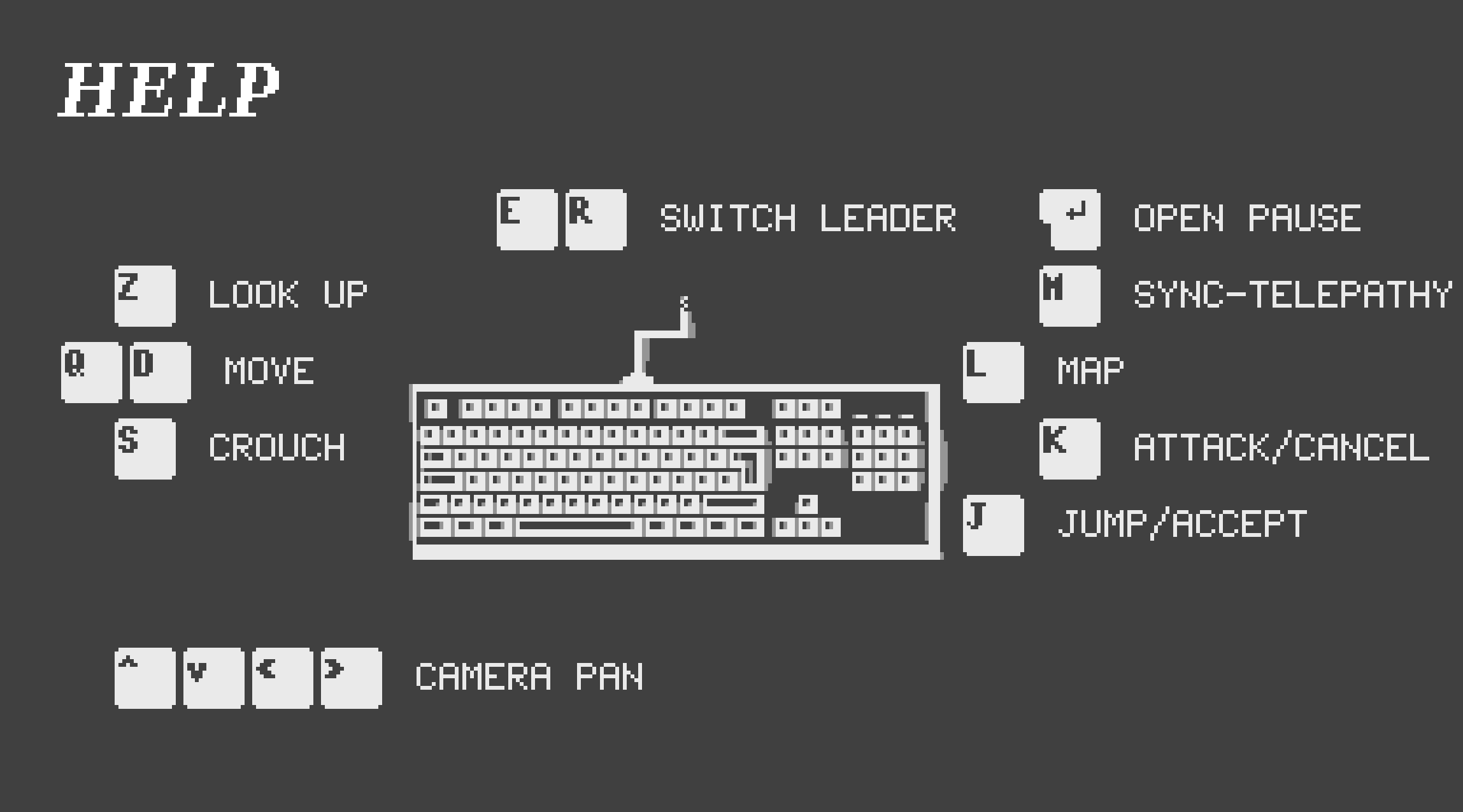 There are also more explanations of various unique mechanics, including a splash guide detailing all the buttons before you start the game. All tutorials can be skipped. 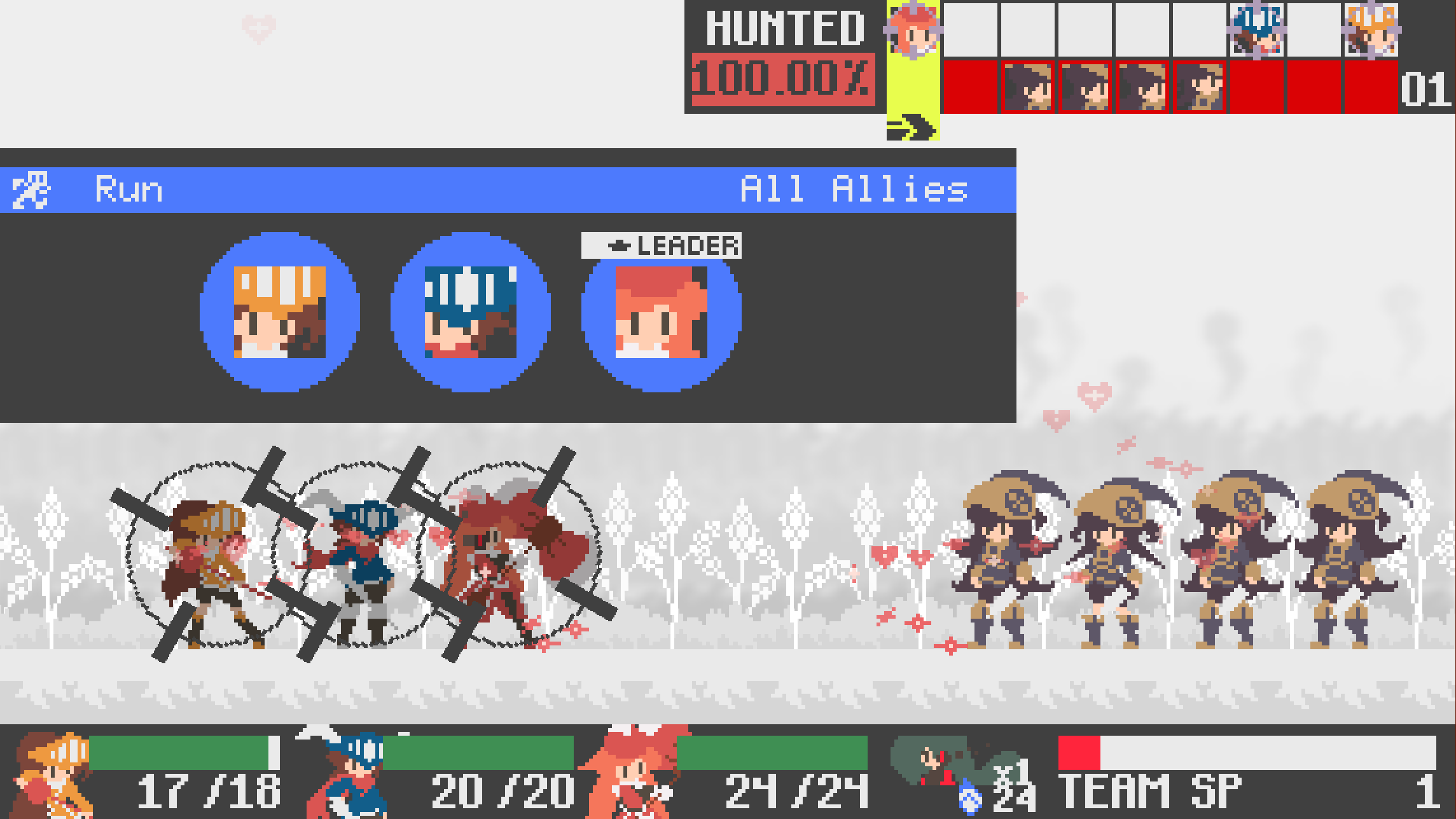 Among the possible problems people might find, I’m guessing background load flicker, ai pathing, and possibly game difficulty. I did find my test runs harder than I’d like (but that’s because my test runs where of me trying to get ASAP to the boss, getting me spotted all the time).

Since the demo is out, I’m now hard at work on the Kickstarter campaign. The estimated value of the campaign’s goal would float anywhere between 13000-20000€ (depending on taxes).

I’m determined to launch the Kickstarter anywhere from the 1st of May at the earliest to the 10th of May at the latest (if things go according to plan).

A new trailer of the game will also debut there.

If you have any problems with the demo that I can address, now’s the time to tell me. The demo released on Kickstarter will be the last revision of it, unless there’s a crash or a bug that’s glaringly obvious. If you don’t want to fill in the survey, you can also send either an email from the contact form at hegemonepass.com/contact, or reply anywhere on my social media, including my personal account. You can also pay a visit to our indieDB page!

I look forward to seeing all of you on Kickstarter!

P.S.: Don’t mind the new logo seen in game. While I’m pleased with the font design, the final logo will debut on the Kickstarter. I’m having a hard time getting the dark area just right.