It's time for another Hearts of Oak Pre-Alpha demo release! Most of this months demo is focused on ship physics and kinematic motion. Tired of seeing your character standing in one place? So are we!

It's time for another Hearts of Oak Pre-Alpha demo release! Before we get to that however, I wanted to take a moment to just say that you people are awesome! For the second year in a row you have voted us in to the IndieDB top 100 Game of the Year voting, even though we have yet to release anything more than a couple of Pre-Alph demos! Heck, last year we hadn't even released anything but a few screen shots and some development videos, and you voted for us anyway! We are incredibly humbled by your support for our efforts, and extremely encouraged that that kind of support exist for this game genre. We still have quite a long way to go, but thanks to you, getting there is going to be a lot more fun! Thank you!!

Now on with the good stuff, Most of this months demo is focused on ship physics and kinematic motion, so there are several changes in this version. The last couple of demo releases have let you sail and fire the cannons, but so far your character has been stuck in one place and unable to move once you take command. With the release of this demo, that has changed! Once you have boarded the ship, you can now click on the ship and leave command and walk around on deck while the ship will continue to sail, and fight with the basic AI!

After you have boarded the ship, and your transported to the start of the demo, simply click on the ship and leave command, you will hopefully not be going swimming this time! 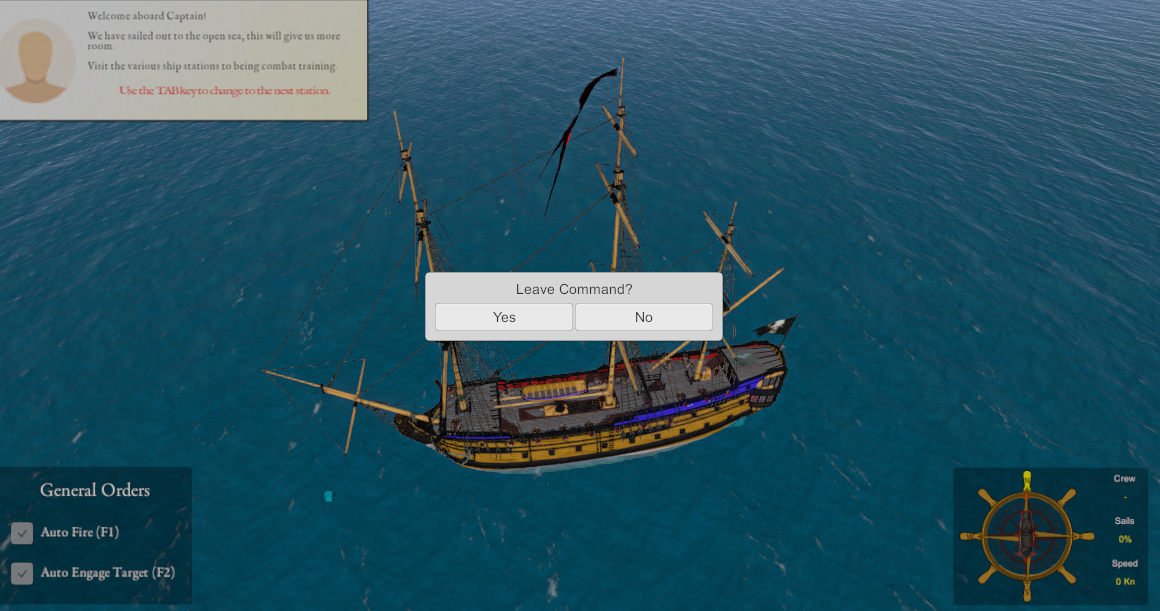 After you Leave Command, you will see an awkward view of the camera focused on the character but possibly blocked by the captains cabin. 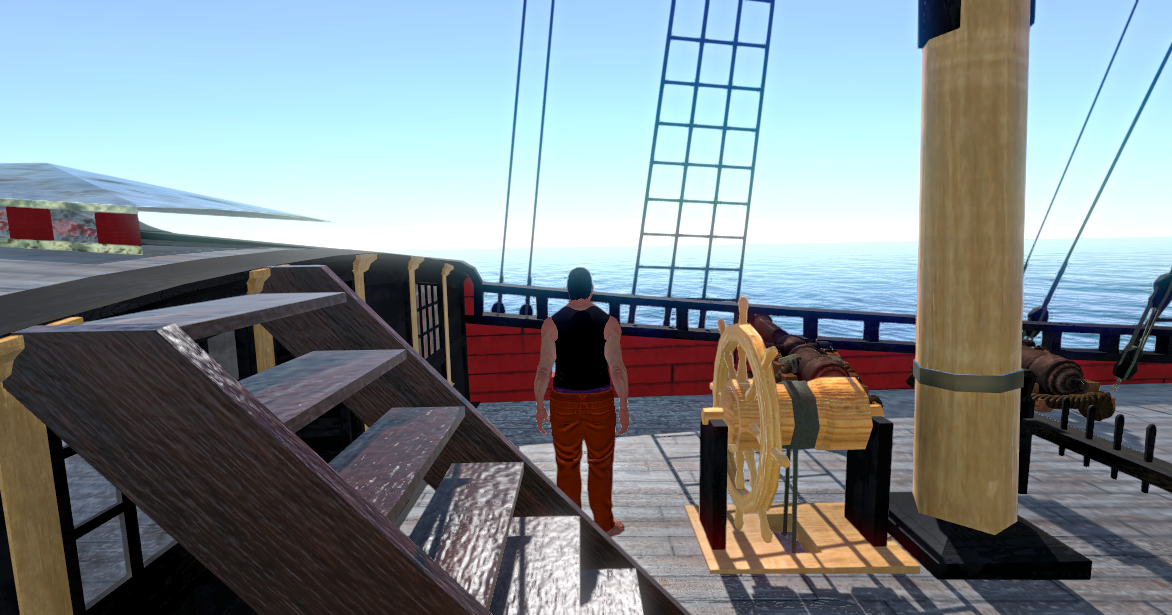 You can move your character around now, but beware this is very much a work in progress and there are some issues that are detailed later in the release notes. There are still some open colliders and it is possible to get stuck, and even fall through the deck at some points. Also, the view may also get blocked by various parts of the ship. 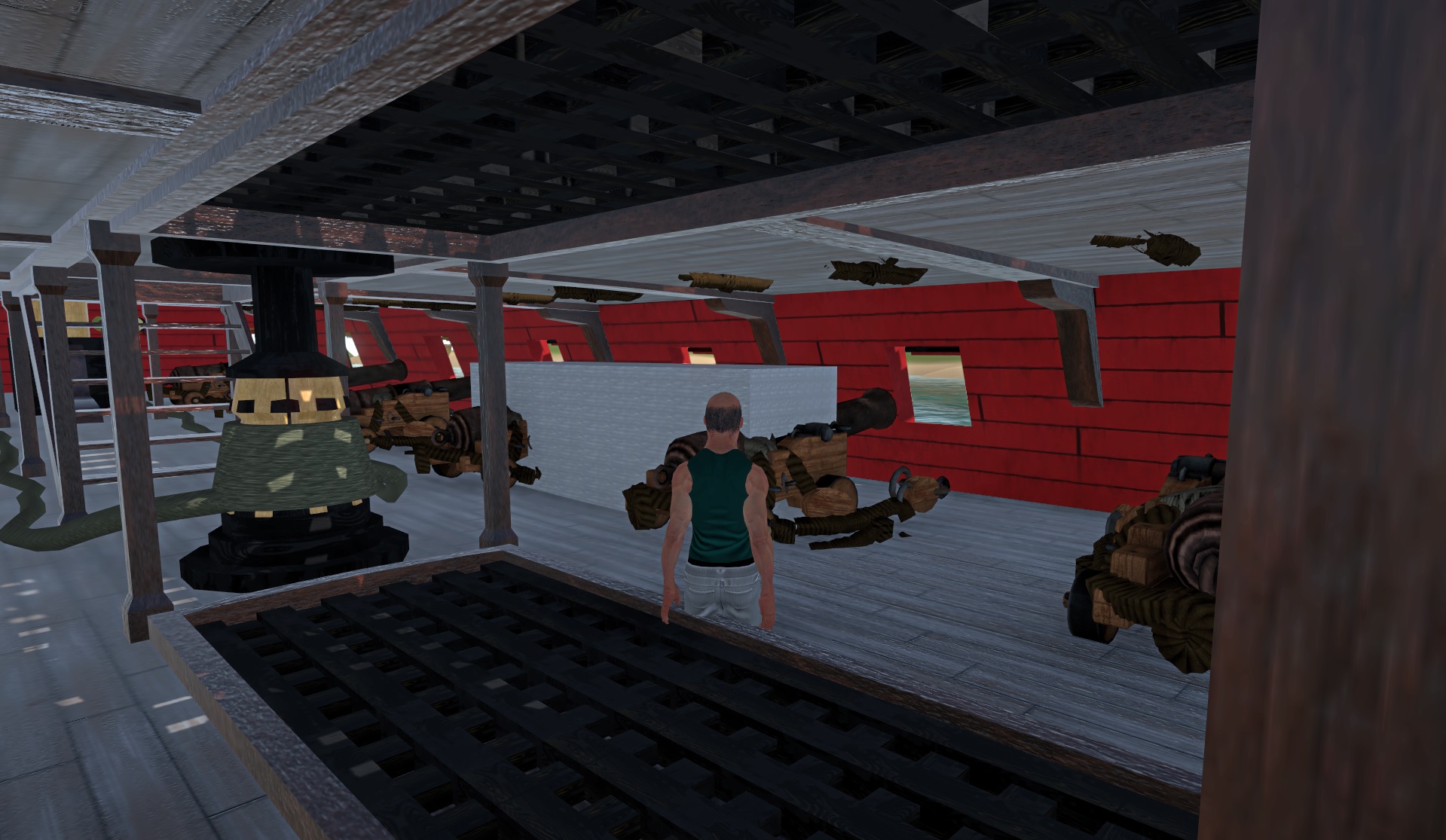 You may also run in to place holder for future additions, as in the above screen shot. The gray box is a place holder, it is there because it can be destroyed by cannon fire and if it is, you can bet your ship will quickly take on water. JohnSilver also has plans to add another big box like that in the future to represent the ships magazine, having that destroyed by cannon fire will be an interesting result!

To take command of the ship again, simply click on it for the menu. 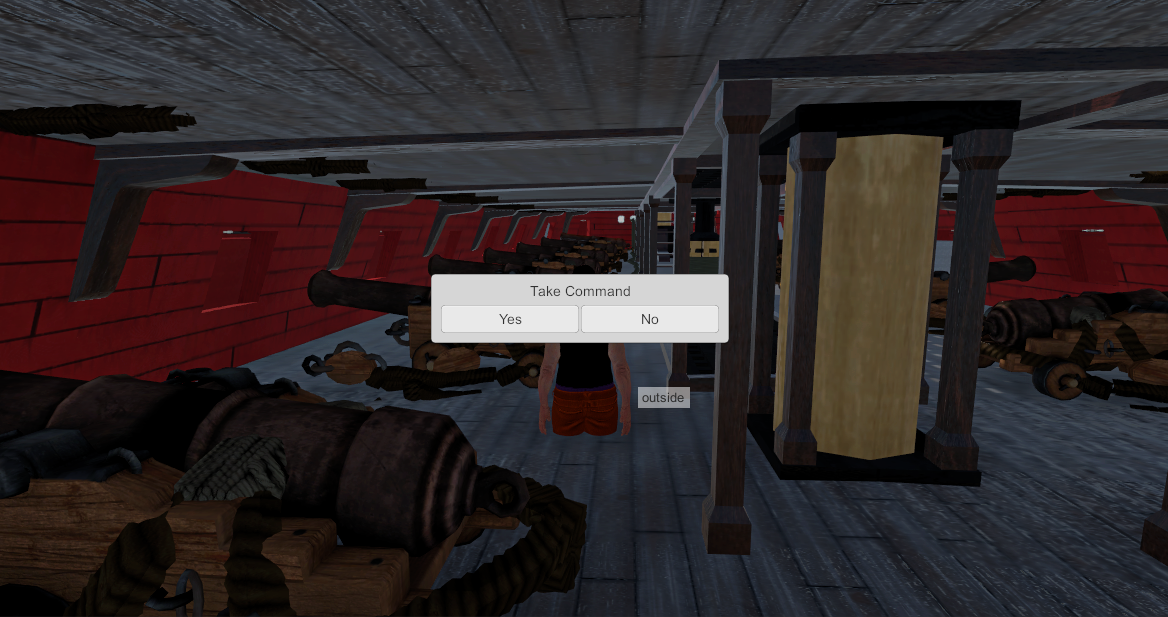 Ok, enough of my babbling, on with the Release notes!

Version numbering has been updated to avoid some numbering confusion issues. This release version is:
preAlpha 1.8.15349.0 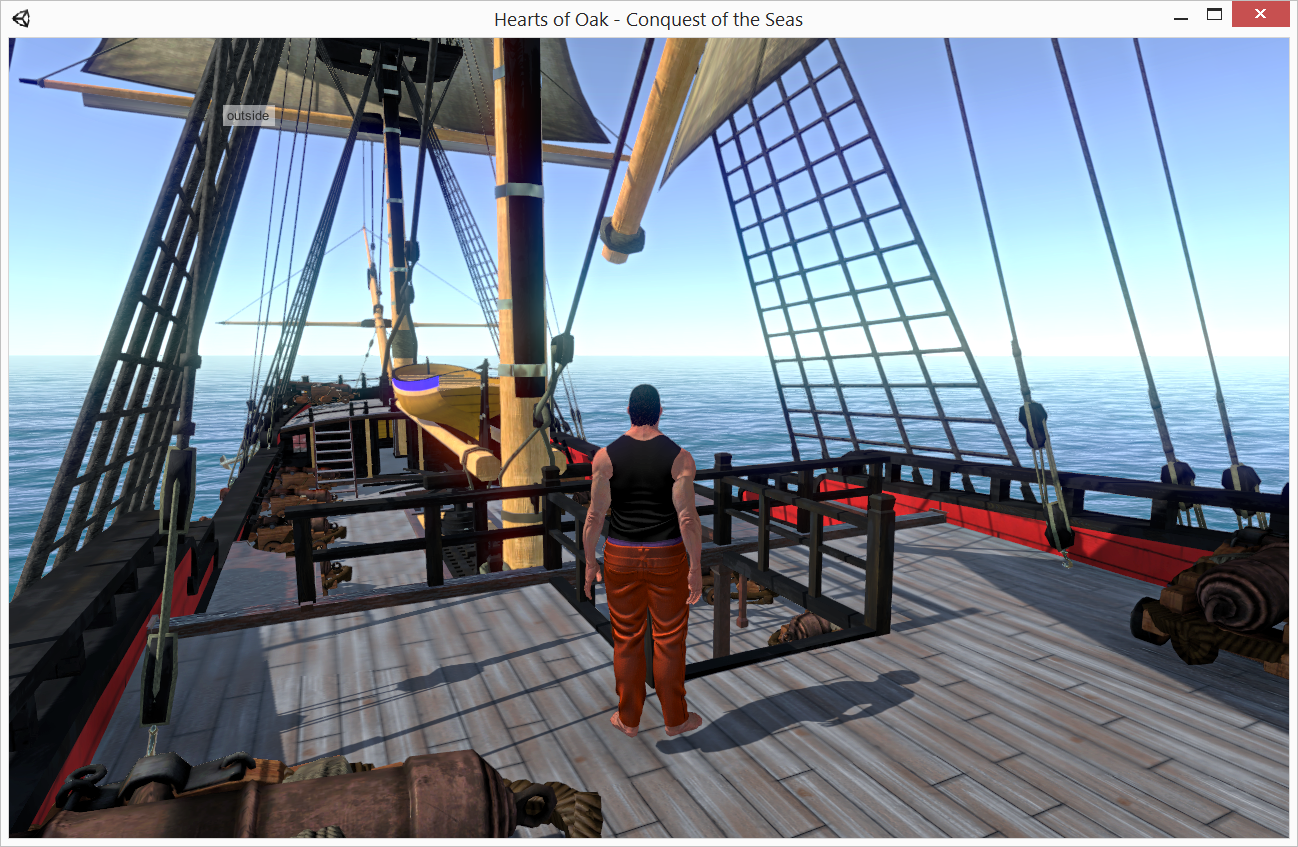 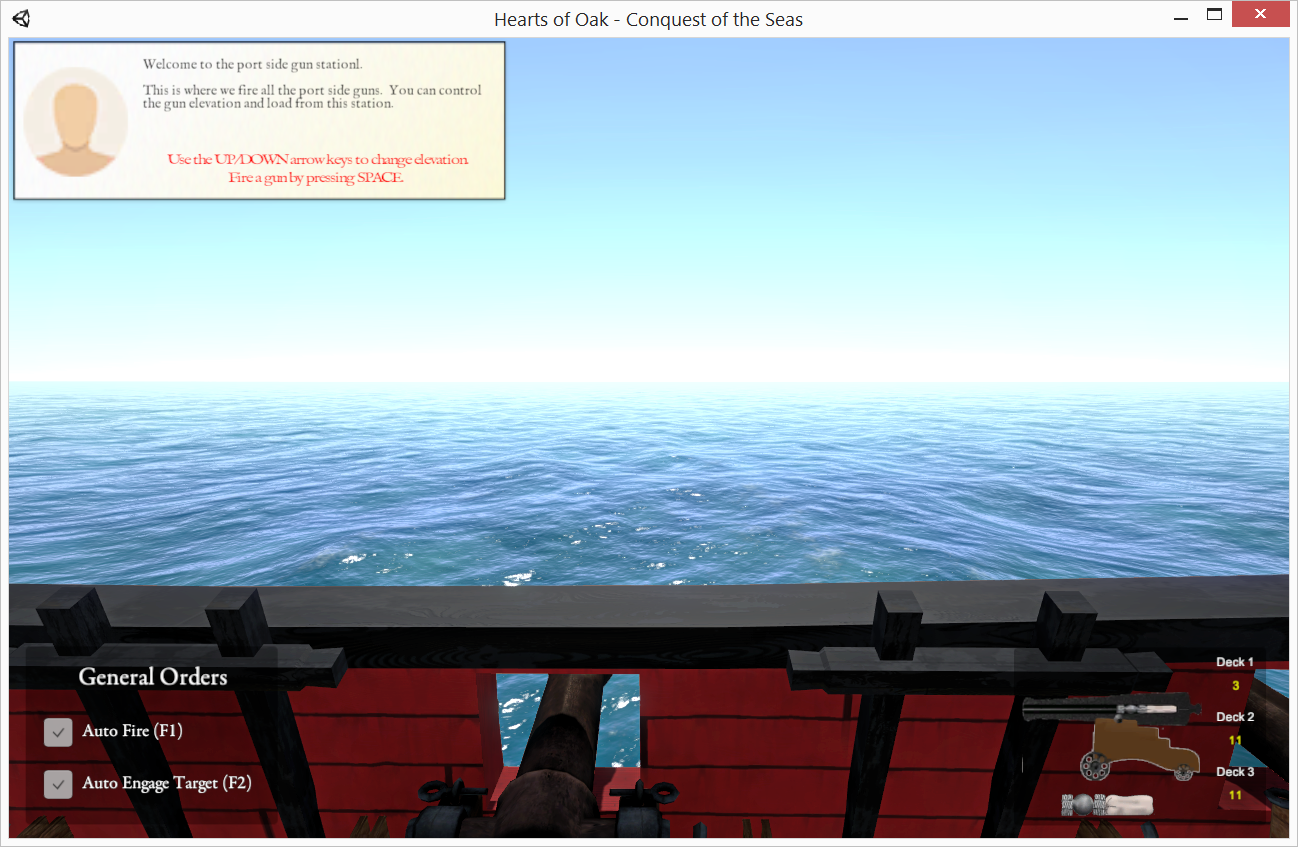 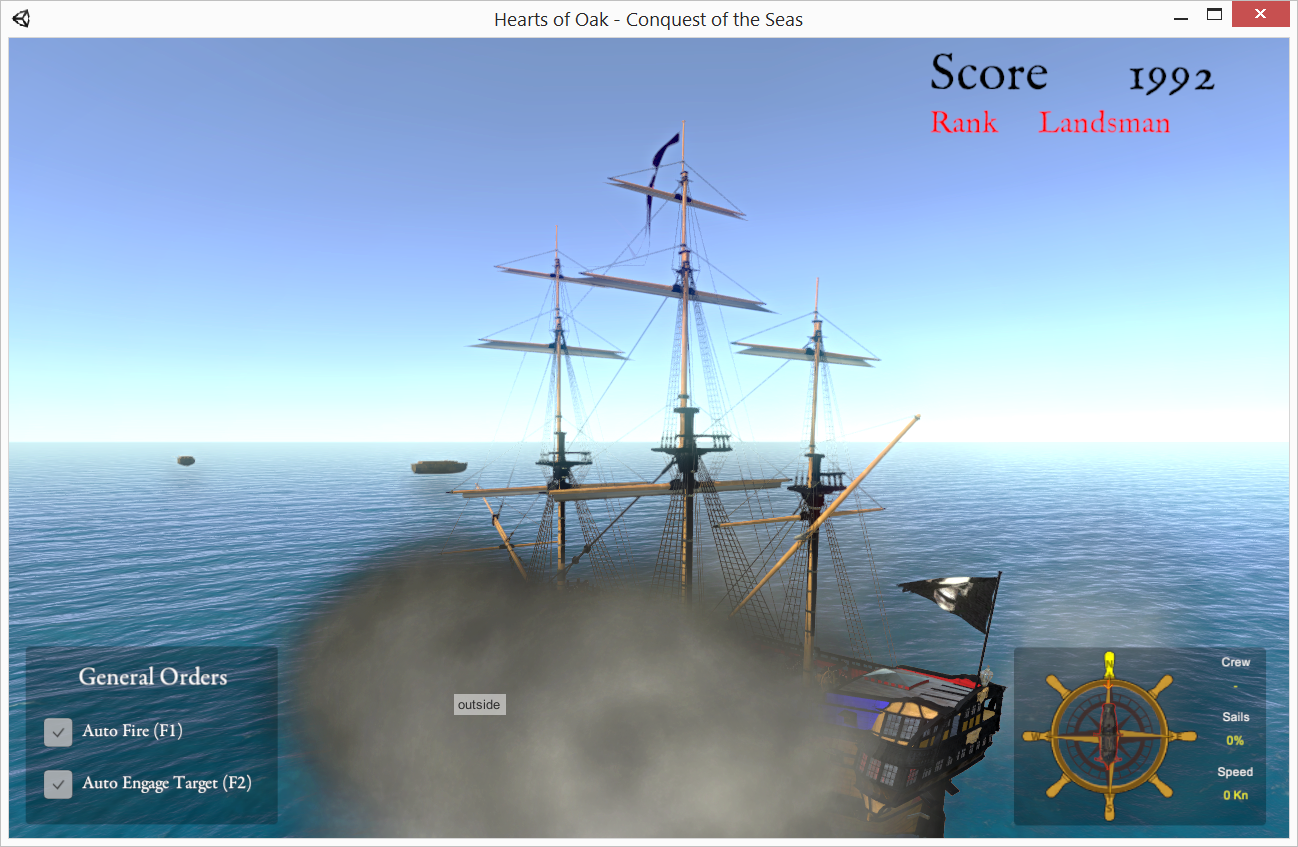 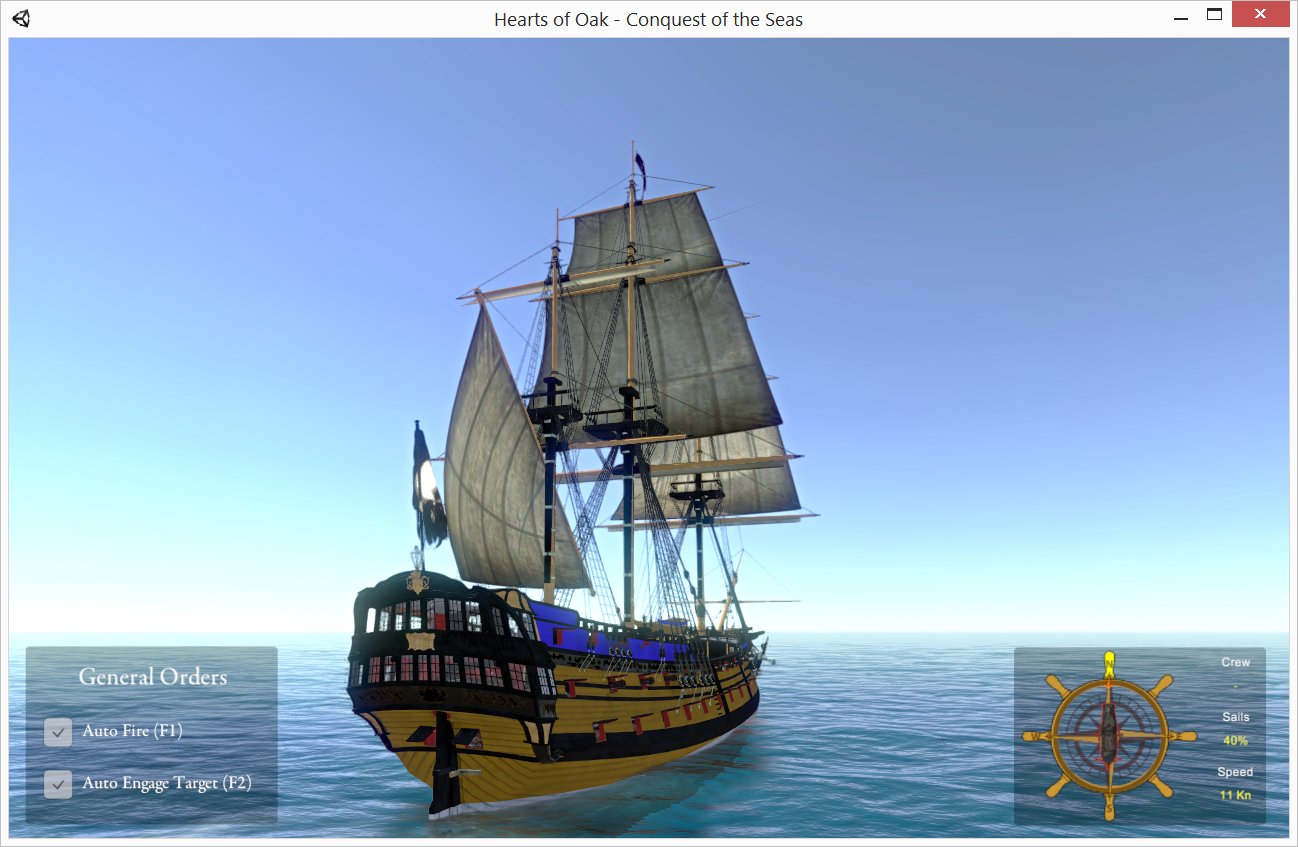 Game quality settings have been expanded to support: 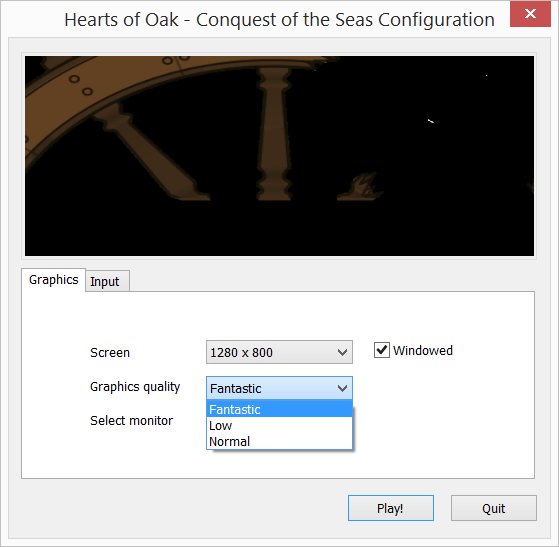 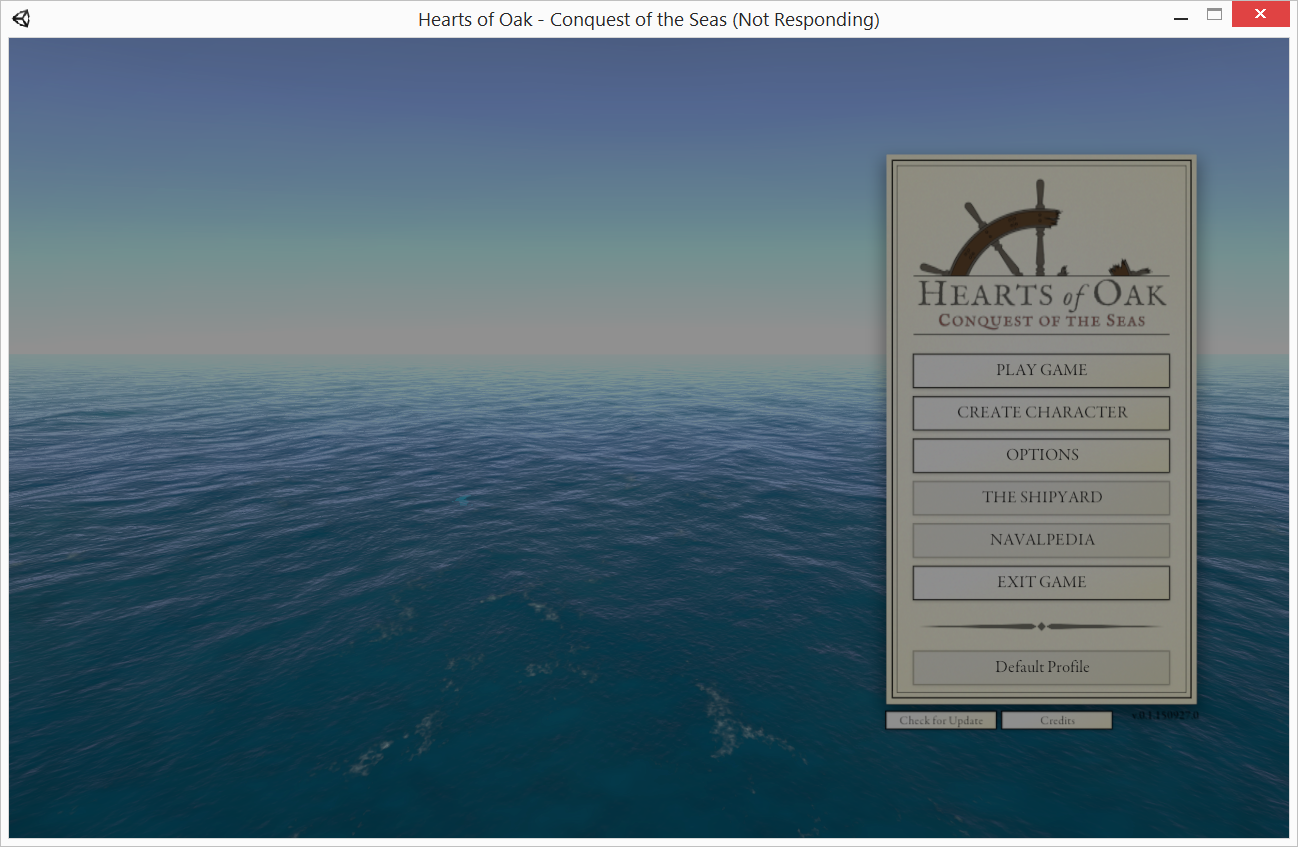 The game will freeze or become unresponsive for 10-20 seconds when it first loads the menu screen. Please be patient, the game will come back. 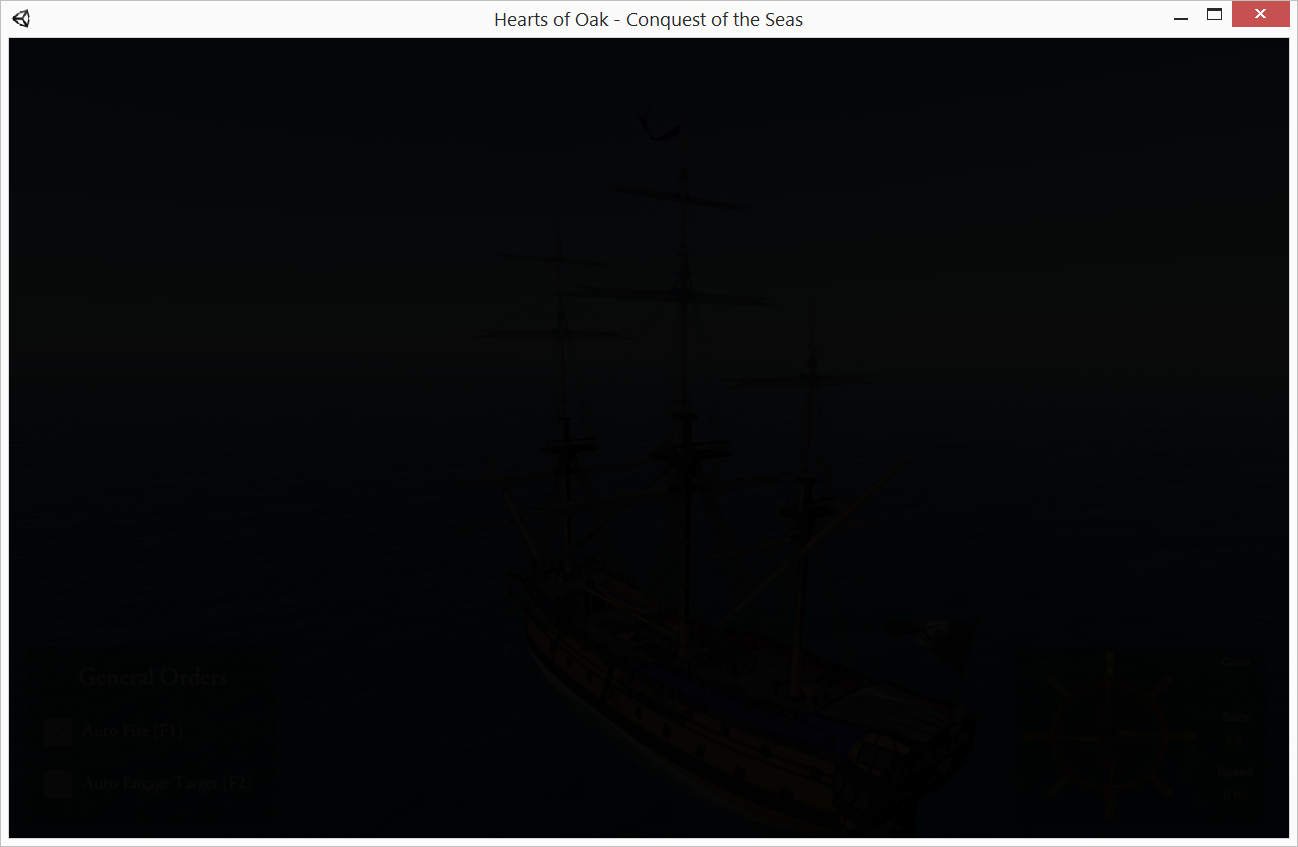 Most of the development for this release focused on the ship physics/kinematic system. The aim of the next release will be to get complete player movement around ship working (new 3rd person controller) , AI crew , player saving, game ending, damage effects, sounds and as always enhanced ship combat mechanics.

There are a few known issues with this release, but we wanted to get this to you as soon as possible.

That's about it for this month, have fun and please give us some feedback! You can download the demo from our downloads section HERE!

How You Can Help?
As always, we are looking for volunteers to help us with Hearts of Oak! We always need programmers and 3D artists, but we need people with other important skills as well. If you would like to give us a hand, please feel free to have a look Armada's post over on our IndieDB page with quite a bit more information on how you can help us out.

Awesome!keep up the astounding work!