Hello, in this short article I wanted to look back at the reasons why I started development of Hadr in the first place, and how all that worked out. Also there are a few new views that I came to realize or learned throughout the development to share with you all.

Why do we make games? Do we want to entertain people? Or do we want to pass on some stories or feelings? To push the boundaries of the game medium? Or is it for money? (okay the last one was a joke)

We all have different reasons and goals when it comes to creating games. And that is what makes all our games unique. Many years back I got my hand on a poster for Ableton Live that says “Make something new”. And I stick to that. I love to learn new skills, new techniques, to look at things from different perspectives and I tried to incorporate all of that into development on my latest game Hadr.

Games are still a new fresh medium (30-ish years or so) compared to movies (120ish years), or music and visual arts (millennia). And we are still just scratching the surface of what games can be.

The strongest element and the very core of the entire medium of games is interactivity. The fact that you, the player, are not a spectator but a participant in the events, situations, stories, struggles... everything. You are the center of the game and the game is happening as much in your head as it is on the screen. You do something, the game reacts, you react to what the game did, the game reacts and so on for eternity. That is why we love games so much. 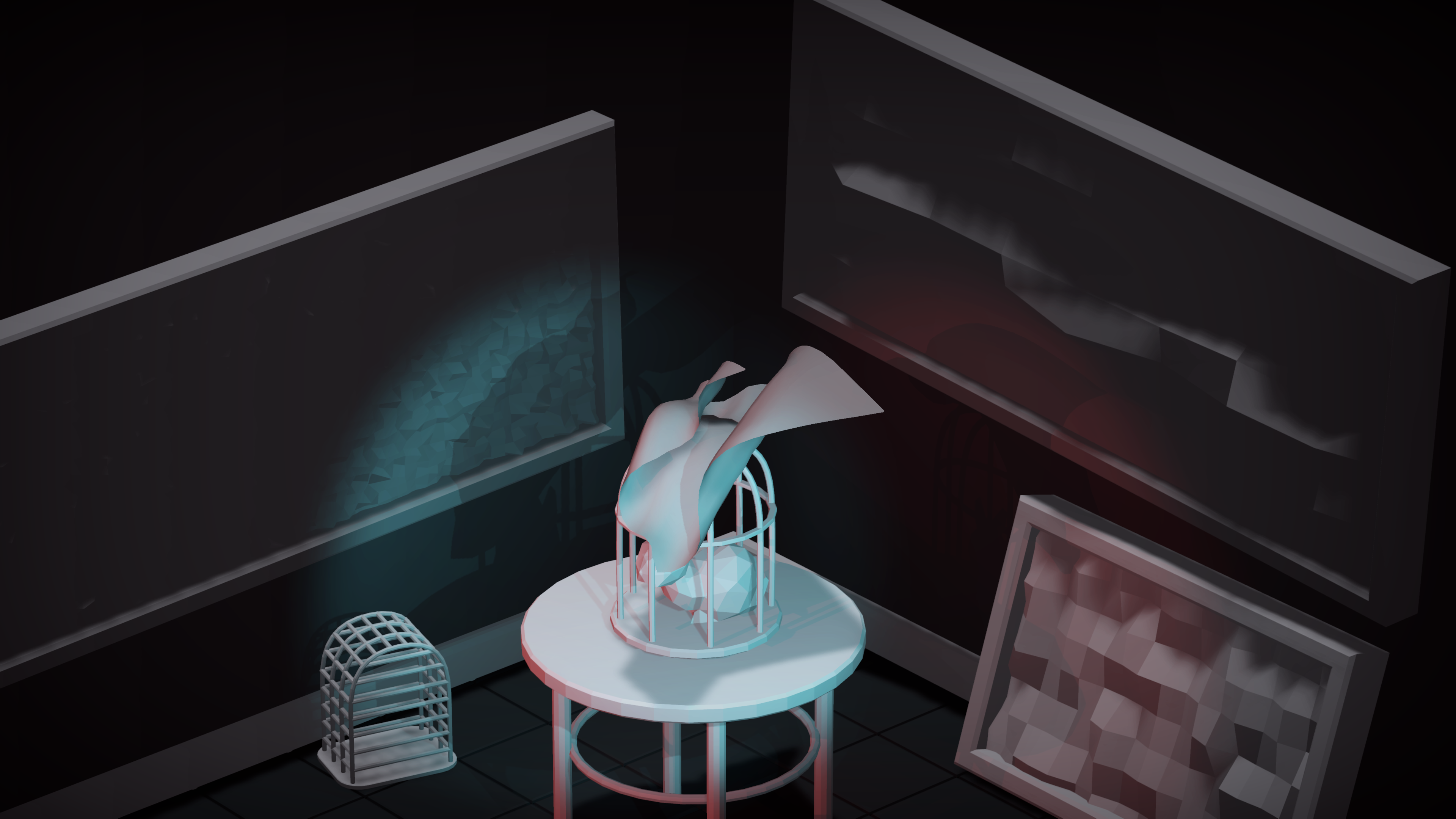 So why did I make my last game? Well it was a combination of all the reasons I started this article with:

It is crazy what is happening all over the world right now. And sometimes we just want to lock ourselves out in a room and get lost in some different world for a moment. Games offer just this. When we play games we explore new worlds, we get new and different goals, either given by the game itself or goals we create ourselves during the play. To build something, to be the best, to make things disappear.. just to name a few.

We want to jump into the new world we know nothing about and learn everything we can about it. To listen to its stories, to feel the atmosphere of those worlds, to face some struggles the designers prepared for us.

A few days back someone on Twitter asked “what is your favorite thing about making games?” For me it is the moment of learning. The beautiful moment when you watch someone play your game for the first time. They might get stuck for a moment and wonder what the game taught them about itself. And then they realize what is happening, what they can do to achieve their goals. Not what the game asks of them, but what they actually want to do themselves. The moment when they talk to us, the designers, in their heads and say “aaah, I see what you did there”. They don’t “just” play your game, they learn it and they learn about it.

So how does Hadr entertain people? The player interacts with the game by setting direction and intensity of wind in the virtual space (left gamepad stick for horizontal plane, and trigger for wind up). And then there is a realtime physically simulated piece of cloth in the middle of the screen that reacts to the wind.

So you (learn to) control the cloth indirectly. You have control over it as a whole but there is the beautiful layer of uncertainty in the input system itself. Thanks to this the core mechanic of the game (movement) becomes a toy. And if the core of the game works as a toy, something the players can enjoy as it is, then you have some solid ground to build on top of.

With this we combined a mechanic of making things disappear. We built on top of the “magicians cloth” idea. So basically if you cover an object in such a way that the camera cannot see the object, it disappears. It creates a beautiful moment of accomplishment, especially with objects that are just small enough for the cloth to cover. Plus we are using a sound effect that doesn’t play a classic sound but blurs the whole audio mix instead for a moment.

Check it out in this video short video:

To pass on stories and feelings

In games players create their own stories. We need to finally realize that as developers and industry as a whole. Even if the whole story is prepared for them second by second they go and try to create their own version. Tell players stories about the world they are in. Tell the players what happened before and what is happening beyond their reach. But let the players build their own story. Let them give their own meaning to their actions.

Create an atmosphere. You want the player to feel certain emotions? You don’t do that through telling what just happened to their character they might not even like. Use music, use lighting, make the whole game the tempo that fits those emotions.

Music (and audio as a whole) is the most important part when it comes to atmosphere and what is happening beyond what the players see in the game. The interactivity of games offers us even more room to work with music. To change the music as the players move through the game. We can layer it, cut into it, to make it happier, make it darker or just plain sad. All based on what the player is doing. We create situations and moods, they experience their stories and emotions. The players will give their own meaning to the game based on their life experiences. This connects them to the game and your hard work. Make them ask questions. What does this all mean? Why? Where is my place in all this?!

Don’t be afraid to put yourself into the game. While making Hadr, during the most content demanding period of development when all the puzzles, ideas and music went into the game I had a bit rougher period of my life. And it all reflected in the game. The atmosphere is gloomy and a bit weird and sad. Just as I felt back then.

The whole idea of making things magically disappear was a metaphor about forgetting and losing. There is a short story in Hadr written by Vít Dvořak that is just that. A metaphor on the very same subject. The players might find that out if that resonates with them, or they just might perceive it as a story about how a magic trick didn't work out.

The overall music, that slowly fades out by parts in some levels, blurs to weirdness in others and stays on minor chords pretty much the whole game supports the entire gloomy atmosphere to the maximum. 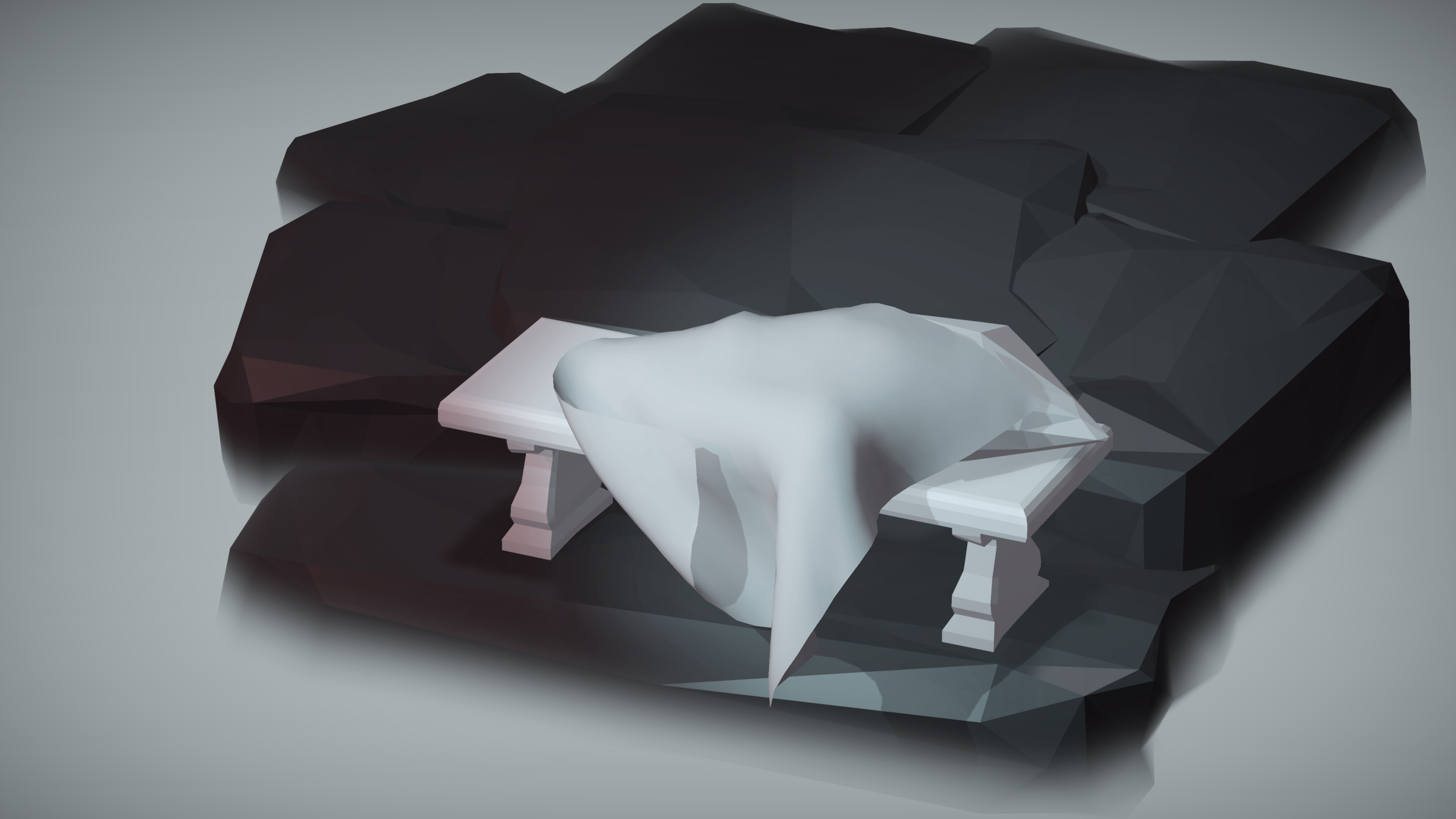 To make something new

We are still just scratching the surface of what games can be and what they can accomplish. We cannot stop experimenting. Every year we gain access to new tools, new plugins, new game engines. Most of the time those things are free for us to use.

Having a real time simulated piece of cloth was unthinkable of just a few years back. Then we got it with PhysX for all our flags and heroes capes. And now you can just put it into your Unity project and make the whole game about controlling the cloth. The technology we have access to is an infinite source of inspiration. And it is moving faster than we can use it. So use it. All of it!

My intention with Hadr was to make something weird. Something I haven’t played yet. And I believe that I have succeeded in that. The downside is that creating something new is hard to hand over to new players. The other downside is that you can’t derive from all the games that came before you, because in a way you are creating your own new genre. That is painful and hard, but you learn SO much by doing that.

And that is why I create games. To learn how to build them, how to transfer our message to the players, to get better at it so our next game can be even better. And the next oven more so. With every game we teach ourselves and the players something new. By experimenting and creating something new you don’t just push boundaries of your understanding of games, you push the boundaries of what games can be.

Today anyone can start creating games. The tools are free, the community is enormous and there are so many resources on the internet. For example, when I started on Hadr I had some experience with Unity but: I had no idea how FMOD (the audio engine) worked and I had zero experience with 3D graphics. Throughout the project I learned how to work with Blender, created a reasonable workflow in Unity, learned how to make myself some simple tools in Unity to save me tons of time and learned every last bit of what FMOD has to offer.

But to actually finish the project you need to find shortcuts to save yourself some time. And by some I mean a lot of time. And these creative shortcuts can in exchange define uniqueness of your game.

Another example. When starting with Hadr I started learning 3D graphics in blender. I tried texturing the objects but it took ages and looked bad. So to save time, there is not a single textured object in the game. And that obviously saved a ton of time. But then the whole thing looked a bit dull so I started using multiple colored lights. In each room there are two different colors, usually from different sides. That is what defines how Hadr looks in the end, and the realtime shadows of these lights even help you with identifying where your cloth is in space.

So don't be afraid to work with constraints, if you are the one who defined them. They actually help. 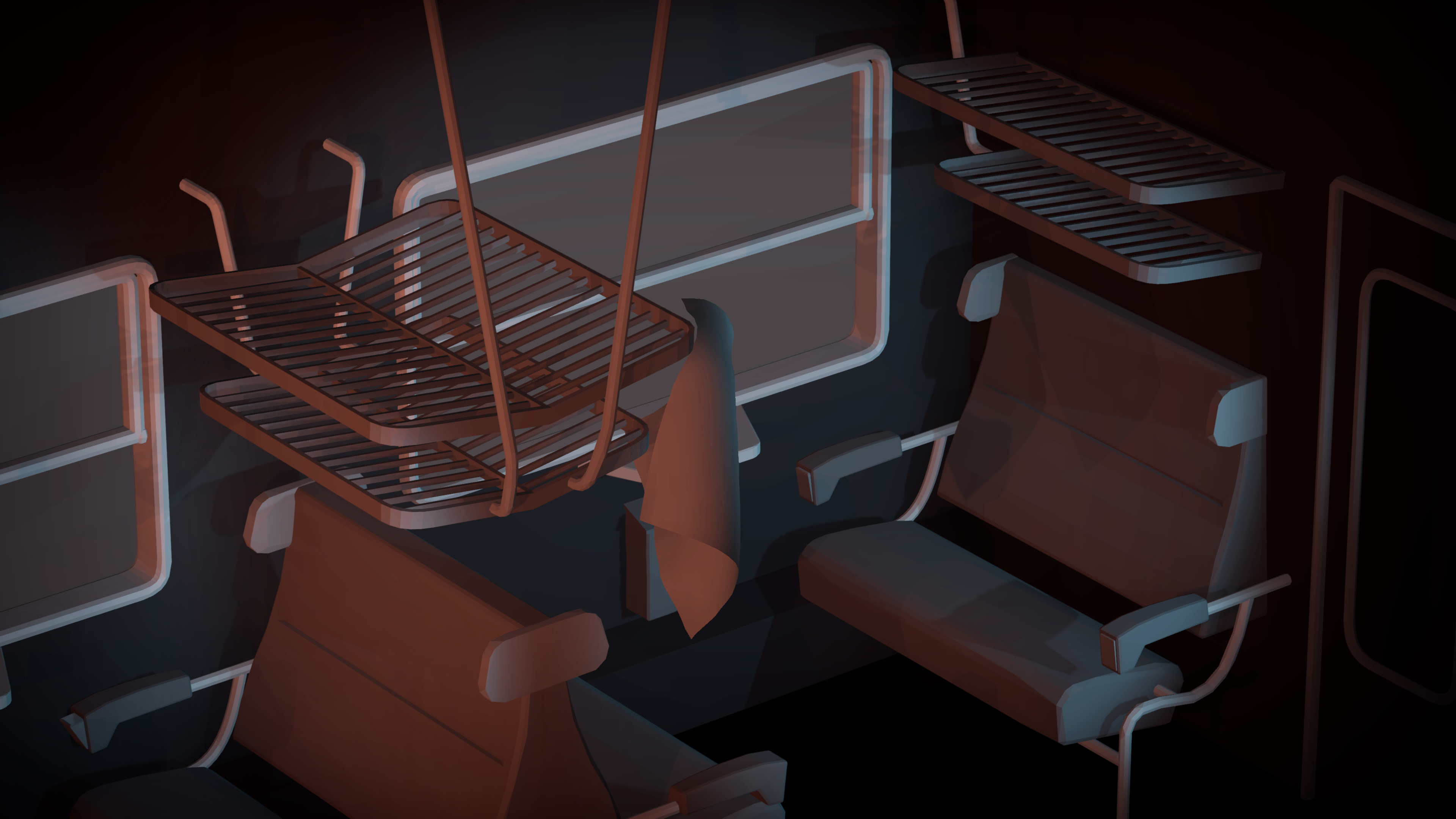 Thank you for reading this far. Hope you took something out of this chatter of mine. If you are curious about Hadr, you can find it on Steam and itch.io.

See you next time