Hadr is a experimental game by Dominik Konečný. This article is a quick summary of Hadr development.

Hello, my name is Dominik and I am the solo developer creating Hadr. 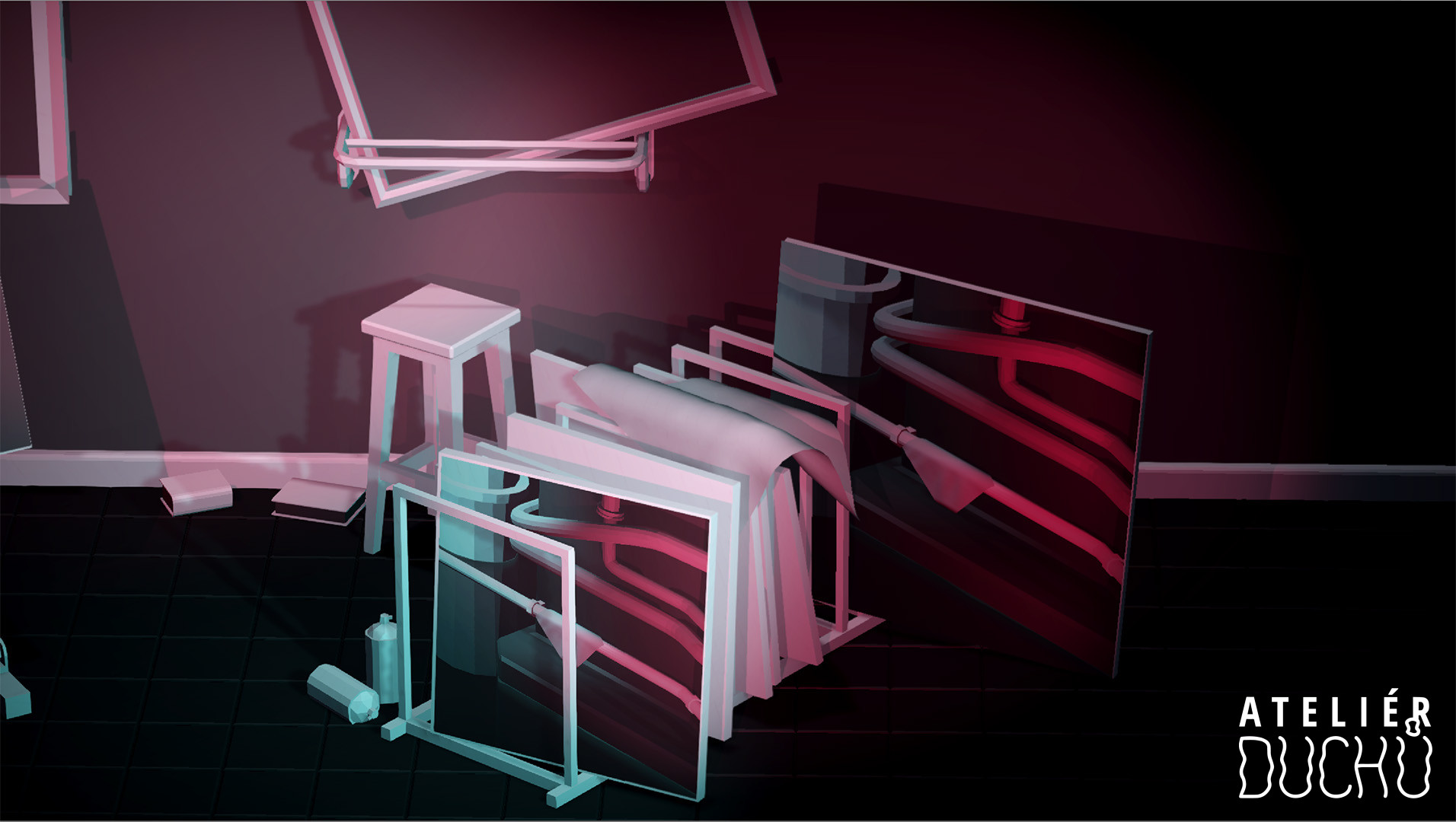 The whole project started about 2 and a half year ago with the simplest idea "wouldn't it be nice to be a able to control a piece of cloth flying in the wind?" Back then it was a small technological demo and a fun project to sink time into. Back then it looked like this: 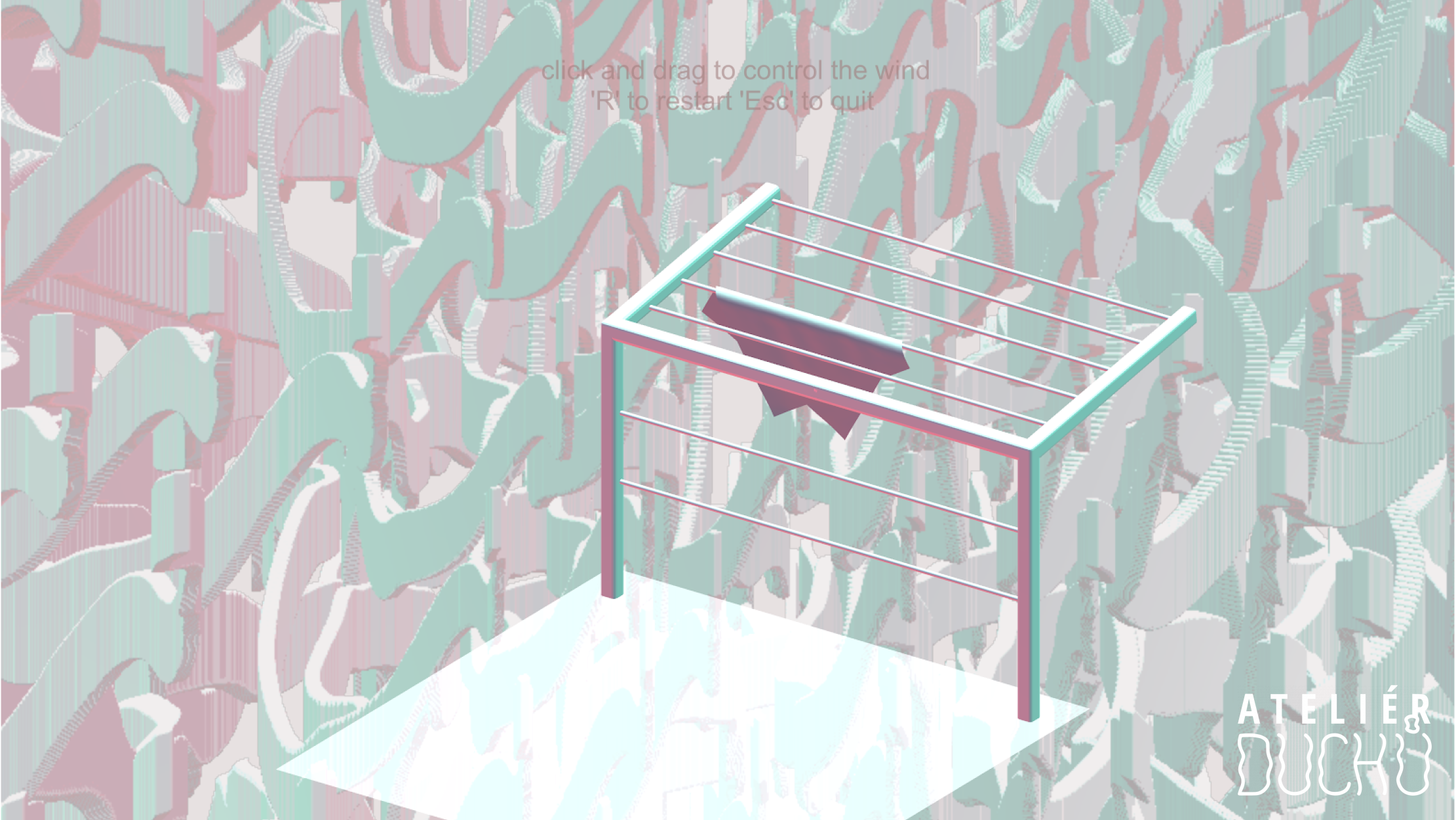 There was one hanger and a cloth flying around it. The project was developed in Unity from the very beginning and this version was using the built in cloth simulation.

A lot has changed since then. But there are a few building stones that remained ever since.

There is a camera that follows the cloth around. There is a white light shining from above, which is a more design decision as the shadow casted by the cloth helps with orientation. There are lights from sides defining the color scheme of the whole scene. And most importantly, the mediated control of the cloth, giving you a control of where the cloth flies, but not over its shape.

There was a lot of problems also. The camera was purely isometric, causing a lot of confusion. So it has been changed to perspective with a narrow field of view. And there were also technical challenges, such as Unity cloth being able to collide with maximum of 16 capsule colliders. That just was not enough. Also you controlled the cloth with a mouse, a decision to which i must laugh looking back.

So some time later and the game looks like this: 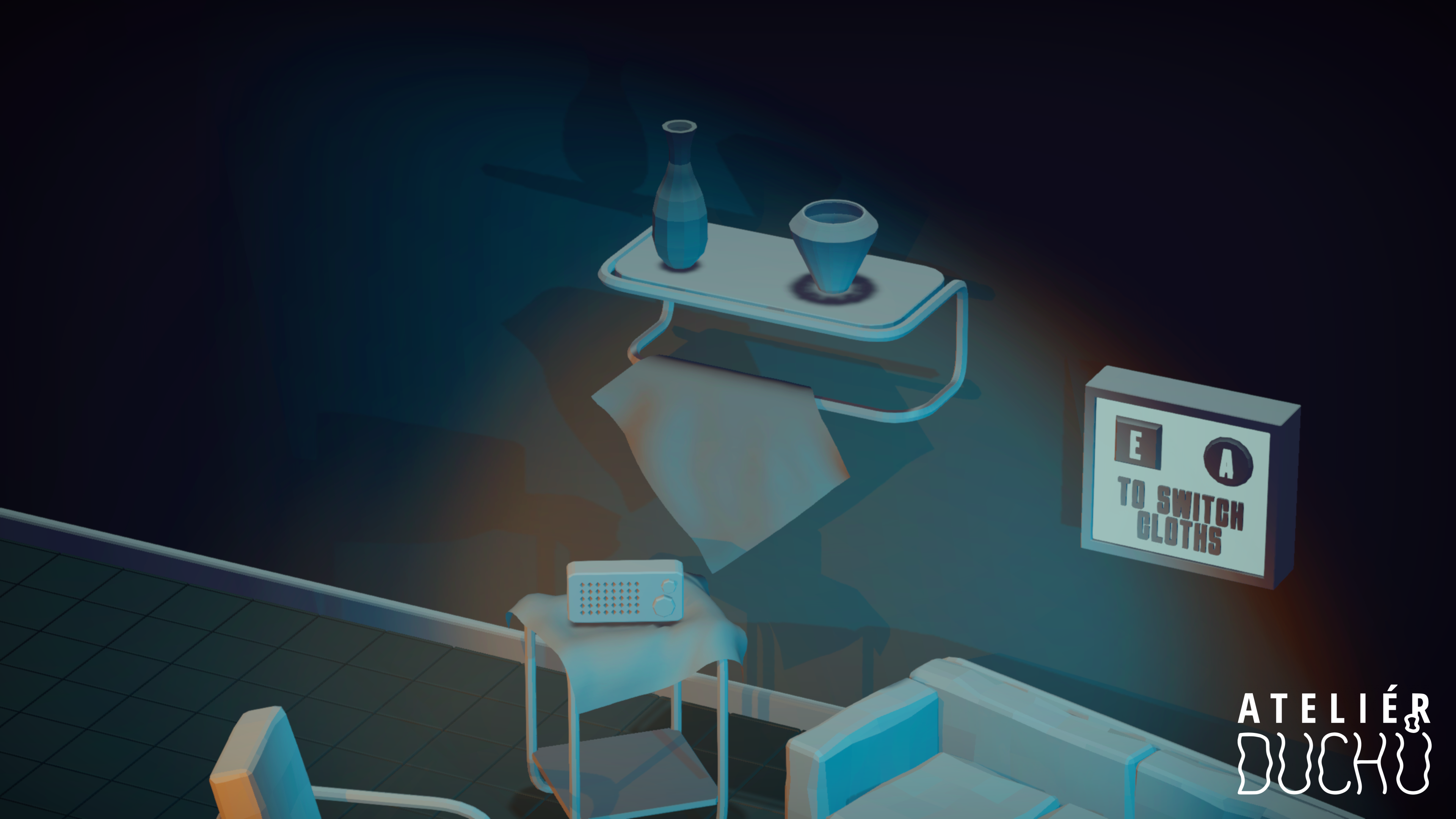 The colorful lights from sides remain, but now as a spot and point lights instead of directional. The object themselfs are simple and have no textures. There are two reasons for this: First being, I had no experience with 3D modelling AT ALL when this project started. All I know I have learned throughout this project. And second, as a solo developer, this decision saved me TONS of time. And a secret third reason is that I love the looks of it and the simple geometry of objects create a beautiful contrast with the high-poly cloth. And thats pretty much how the visual artstyle of the whole game was established, then there were tons of polishing tweaking and of course some post processing to slap on top of it all.

HADR: Sofa by domkonecny on Sketchfab

Very soon the cloth simulation was switch from Unity built-in modules to a new system by the amazing people at Virtual Method. There were no longer any technical obstacles.

Then the time has come to start putting some actual gameplay in and soon after the mechanic of "making stuff disappear" was implemented. Basically you control where the cloth flies, the cloth collides with stuff and by doing so changes it shapes so you have to use the objects in scene aswell. When you cover a object by the cloth and none of the object is seen, those things disappear. Here is a short (and a bit older) video:

With this comes the option to have several cloths, switching between them, having some stuck under objects and having to use some to free others and so on.

The mechanic of making things disappear has been a metaphor of forgetting and losing. The entire audio visual atmoshpere of the game has its origin in this metaphor. The game does not ask things of you or push you forward. The tempo is yours. If you want it can be as much of a toy as it is a game. Or you can just watch the cloth fall down the stairs for hours.

And then there is the music. Simple rhythms and melodies blended together in reverb and echos. Most of the very first music was created on my old children Casio keyboard I got when i was 4 years old, and a small drum machine Pocket Operator by Teenage Engineering. 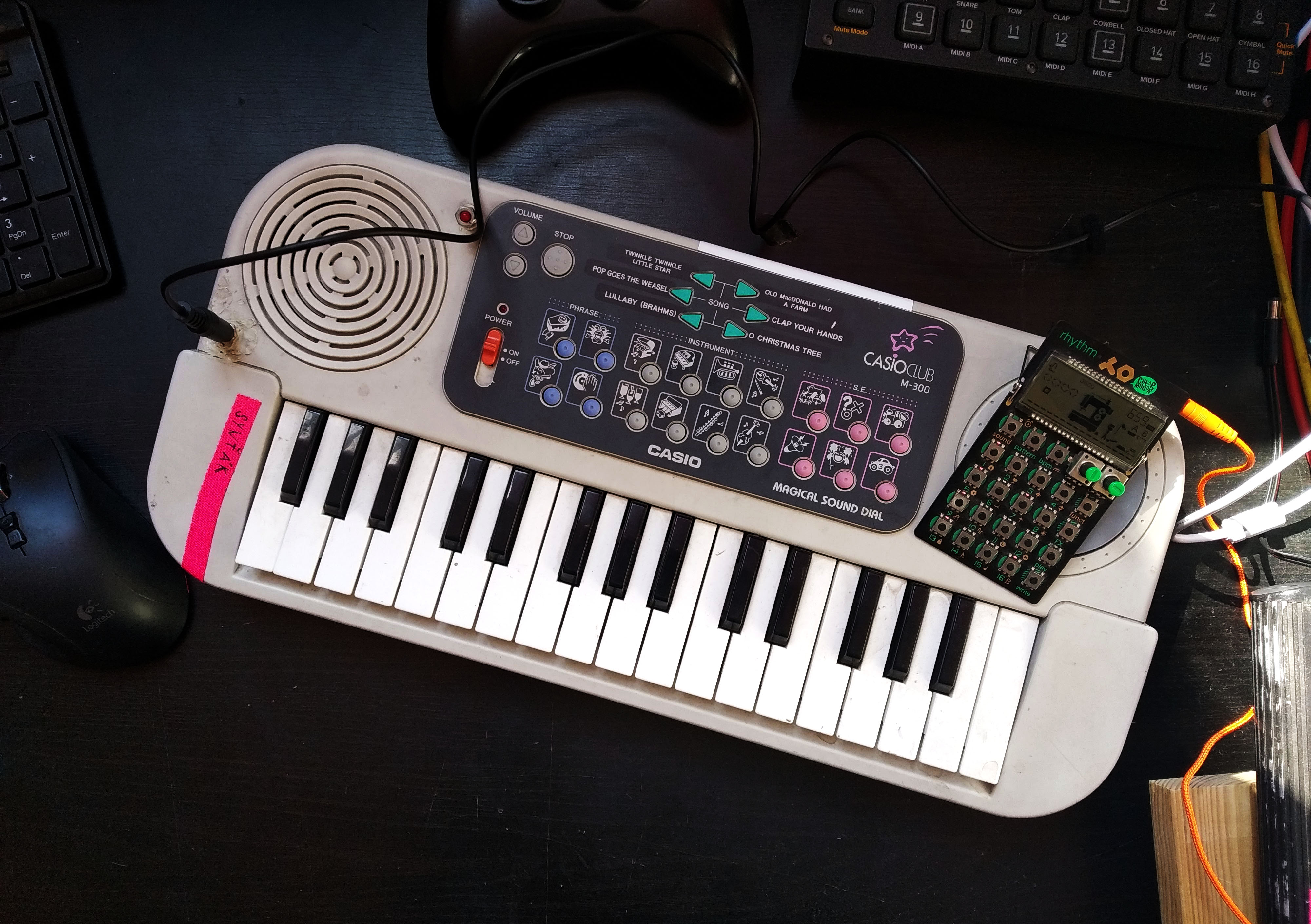 There are not many sound in Hadr, but there is music. I never wanted to have sound playing when you make anything disappear, but some more feedback for the player was required. So the inspiration came from William Basinski and his Disintegration Loops.

There would be no sound effect but there would be drastic change in how the music is processed in realtime. So FMOD was implemented into the project and when things disappear, the entire mix changes for a few seconds melting the whole sound for a bit.

With the adition of FMOD there was now a place to make the music itself interative, to react to how the player progresses through the rooms, to inform the player. And so in all the rooms the music changes, sometimes its parts of the song disappearing, in some there are different melodies and instrument for each cloth, sometimes the music slowly fades away and melt as you go.

The project is in its final stages of development. Polishing everything up, making sure all the bugs are squashed and leting people know that the game exists.