H2FLOW, a water physics game, development is feature complete! We've been hard at work these last several months adding awesome new features! We need some play testers and most of all FEEDBACK! Check out the demo inside!

H2FLOW development is still slow and steady - which is a good thing since both of us work 60+ hours a week in real jobs.

A few months back we decided that although we had a great game, we needed to add a few features to entice players to play longer like character costumes which make levels easier by adding starting items to your inventory like +3 bombs or +30 bricks.

We also added special abilities like super speed, teleport, and the ability to shoot a cannon anywhere on the screen!

We're at a point where we are feature complete and we need some play testers and most of all FEEDBACK! I've played the game so much I've lost objectivity - give me a hand and play through the first 15 levels.

Play the game, leave some comments.

Please note, the demo runs @ iPAD resolution of 768x1024 so I apologize to anyone running on a low res display. 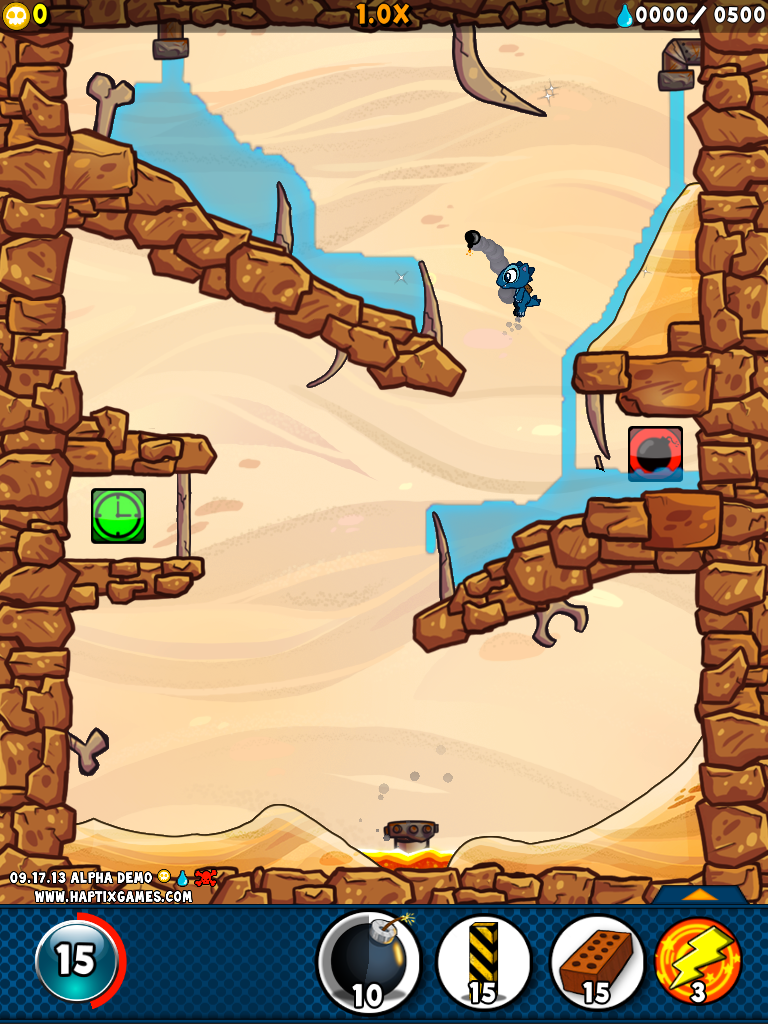