Gyro, currently in the initial stages of design, has shown his face. The very first boss in Reflect. Which is very interesting, considering the type of game it is. The game will be moved forward into the alpha stage once Gyro is finish, and working correctly. Extra polishing may be preformed later.

So over the last few days, I've been working pretty hard on developing the first boss for the game. And it's coming along fairly well. Because of how your reflect counter works, it can easily be assumed to be used as a health bar. Hitting zero ends the level, and ending the level with a higher value gives you a better score. Awesome.

So the idea of a boss comes in with a maybe a large enemy, most likely gems, or gem related, attacking you and taking away reflects. Knocking the gem around a little until you kill it in the standard boss style would complete the effect. This effect is particularly interesting, considering the type of game that Reflect is, and how the mechanics work.

The first draft of Gyro was to have a giant gem in the middle of the arena, with large rings spinning around it. Attempting to hit the gem would take away it's health. But hitting the rings would take away your health. So I played around in Blender for about 15 to 20 minutes, and ported over a rough design into Unity. 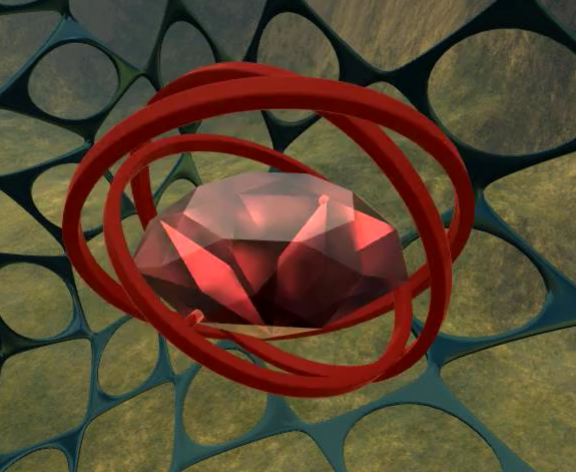 This is the first draft for Gyro. This is not it's current form.

It was mostly red, and the design was pretty bad. Because the rings were so thin, it was very easy to score numerous hits on it before hitting any of the rings. In addition, the red was way too overpowering, and the design just wasn't very intimidating. It didn't really scream boss level.

Taking some more time, I went back and thickened the size of the rings to cover much more of the gem at once. The player often tended to get stuck behind these new rings, so I went ahead and threw in a small force field around the gem, which constantly pushes the player away if they are too close. This helped to prevent double shots, and stop farming. Players would have to use a lot more charge to hit Gyro, rather then the dog paddling technique. And just to make it more mean looking, I made the rings a dark gray color. It worked out fairly nicely. :)

But something was still missing. I couldn't quite put my finger on it. It just didn't feel very boss worthy. So, just for fun, I throw a ring of bumpers around Gyro, and made them spin. Score! That really helped. Oh yeah, now we're getting somewhere. The bumpers helped fill the space around the boss, making it seem huge, and overwhelming. 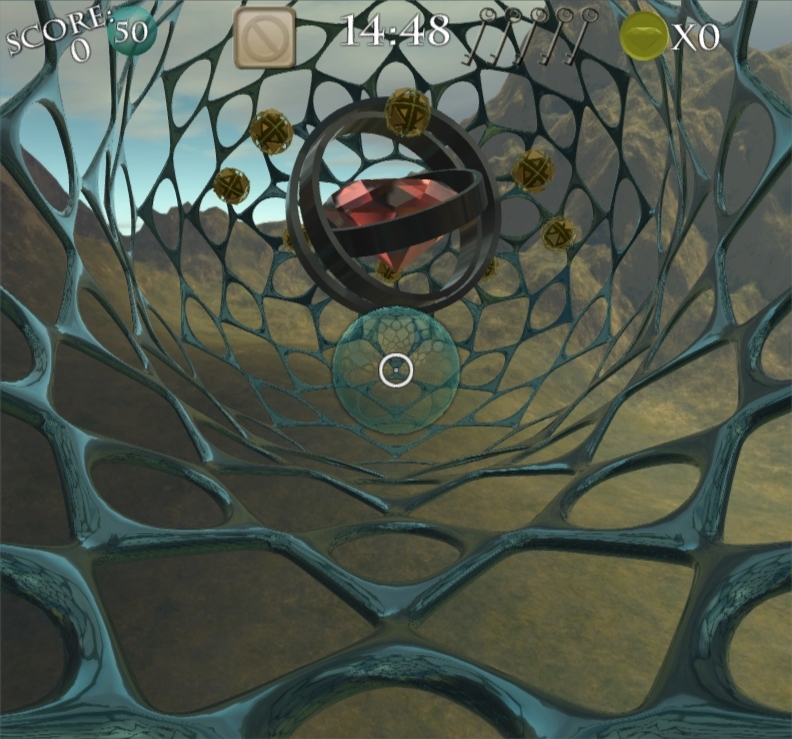 I also wanted to add some nice effects for when you damage him. So when you hit him, he gives off a very very bright light for a second, then slowly fades back to normal. It's alright I guess. But he is taking damage, so how do we show that? After hours of playing with crack shaders, I finally got the idea of using decal while browsing the Unity forums. (Derp, why didn't I use that first. o_O) So I made some quick designs in Photoshop, poof. actual cracking. 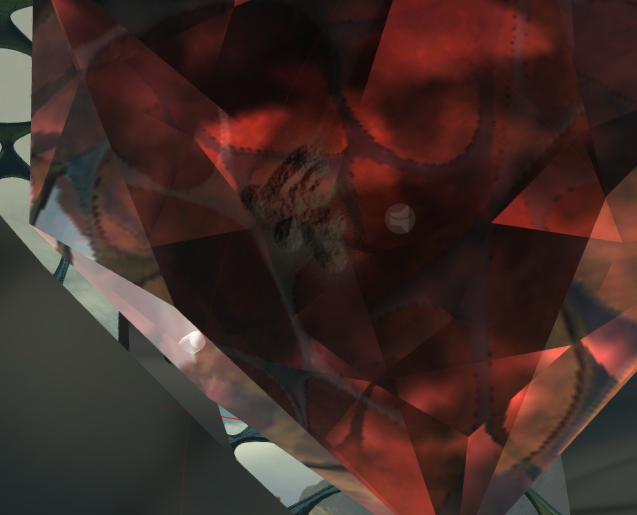 Great, now all he needs is a way to really attack you. Sure he has some awesome defenses and counters, but no real attacks to bring out the player's fear. Current plans include making the rings spin faster and faster as he loses health. Also maybe making the bumpers shoot at you every few seconds. ;)

Check back in part two to see how things turn out.