Got friendships to ruin? (Who doesn't?) Then you should check out Guntastic, our arena brawler that releases today to Steam Early Access!

Are you up for some quick arcade action?

The game blends fast gunfights with an over-the-top pixelated art style and retro soundtrack reminiscent of the coin-op games of the late '90s.

Players face off in hand-crafted, dynamic arenas using a vast arsenal of weapons ranging from timeless classics such as rocket launchers and shotguns to driller-heads that pierce through walls, cute walking bombs, energy guns and more. Power-ups become available shortly after a round begins, granting special temporary bonuses to players who are quick to pick them up. 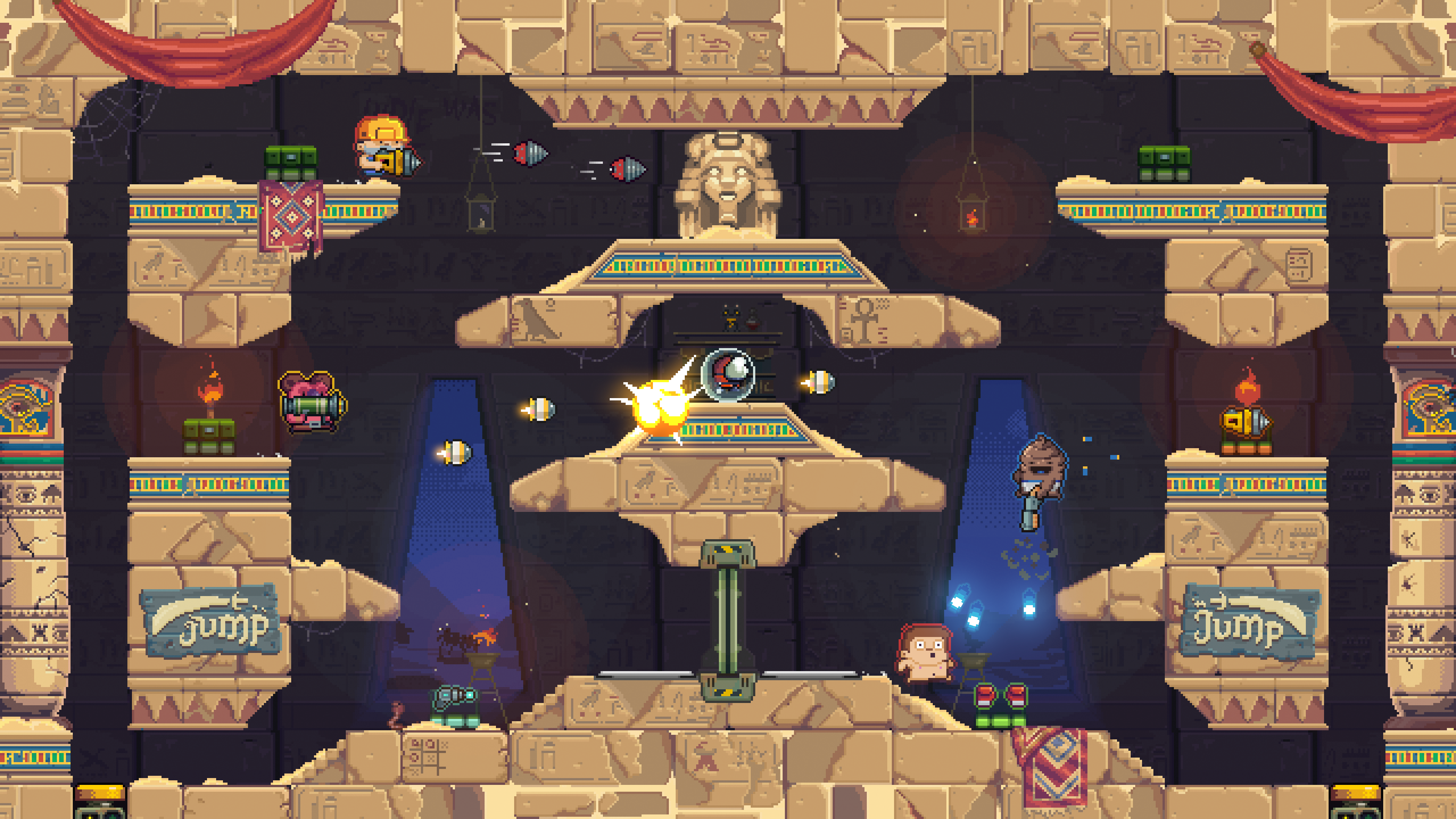 Learning the basics is as simple as it can get (you literally use just three buttons) – mastering the game is not. And with a kill tally at the end of each round, Guntastic quickly becomes very competitive! 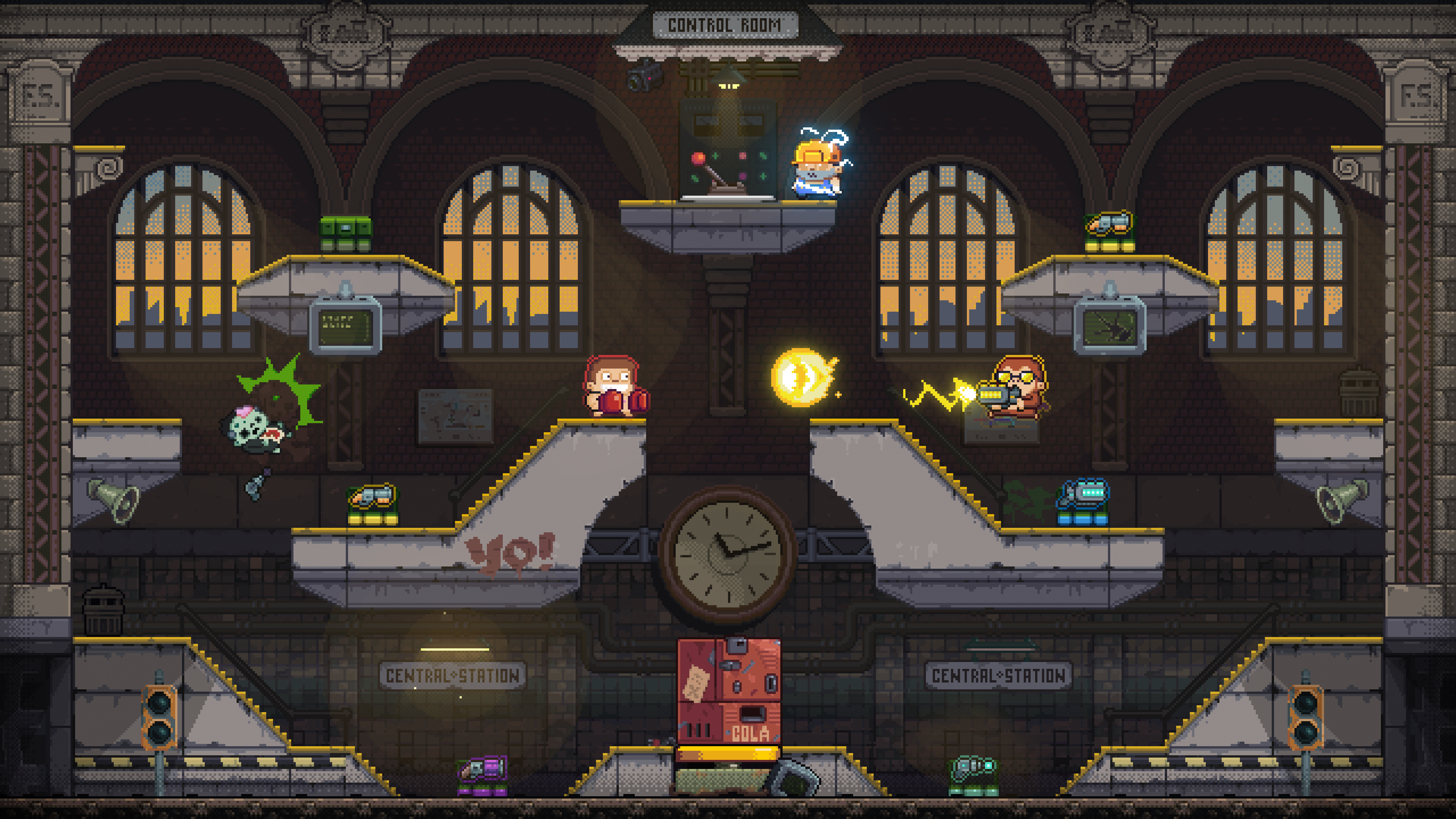 The idea to launch in Early Access came after the experience we had with last month’s open beta weekend, during which support from players was overwhelming and feedback amazing (some of the suggested features are already implemented or being worked on!). Early Access is the natural next step to reach a larger public and increase community involvement.

Guntastic releases today on Steam for PC and Mac, with a Xbox One release scheduled for 2020! So, are you ready to join the 25 seconds club? ;)