From now until Dec 1st Grimoire will be 25% off as part of Steam’s Autumn sale! Patch v0.9.5.4 introduced a brand new FFA map called Sanctuary and next week there will be another patch updating the environment art on Conquest Temple. These map updates represent a big step as we replace the game’s placeholder art. Along with the new patch you will also notice a few maps temporarily disappear from the rotation as we update their art as well. Interested in checking out Grimoire but don’t have the spare cash? Follow us on twitter for a weekly key giveaway each Saturday to a few lucky followers! 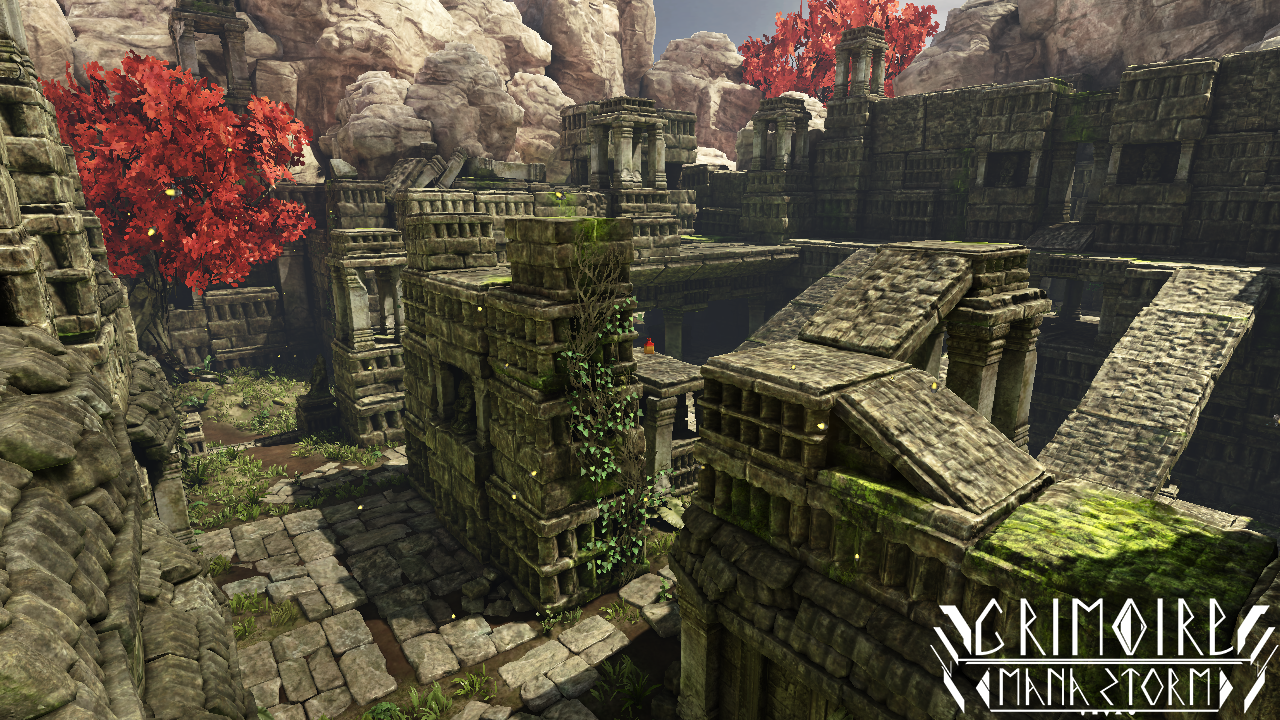 Sanctuary is a new FFA map that has been influenced by one of the greatest Unreal Tournament maps of all time DM-Deck! Building on a basic layout I have made significant changes and adapted it to work better with Grimoire’s spells and game mechanics. This map introduces the first use of Teleporters in FFA and also builds on the health pot system found in FFA_Ruins. 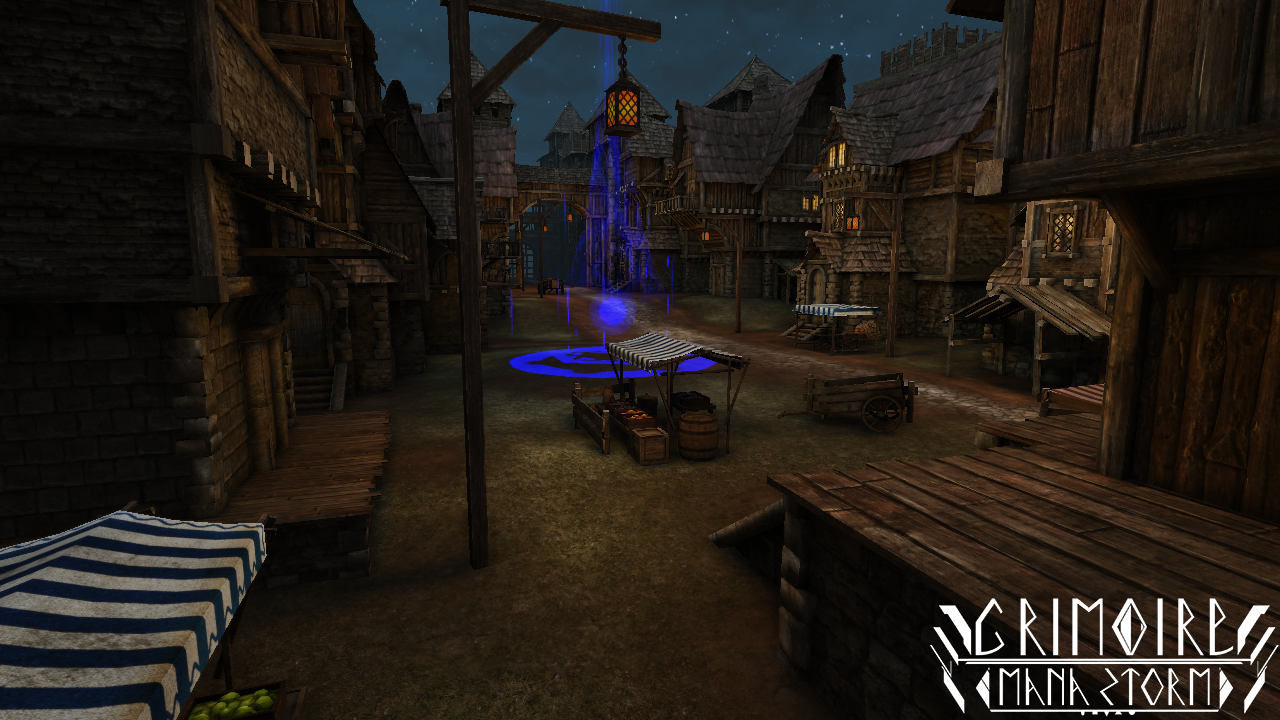 A few weeks ago we introduced you to a new look for the Conquest map Slums using final art assets. This week’s patch will follow that path by bringing updated art to Conquest Temple! While there are still some areas that will see future work (Mostly the actual Temple building itself) this represents a big step in not just the map’s art but also in some much needed layout changes. These changes will help to balance some of the more overpowered areas of the map and should help especially with some excessive flanking.

In addition to work on the game’s maps we are also making great progress with on-hit decals for combat spells, bug fixing, sound effects, character model clothing animations, and tweaks to spell balance. As always please let us know how you like the new changes and of course bug reports are always welcome.