This week, we inmerse ourself in the exciting world of foliage. It gets better than it sounds, we promise!

One of the things that give life to the environments is the greenery. Making good greenery its hard for two reasons. First, you have to place them scattered enough and try to not make any recognizable patterns. The second main issue is how you deal with the terrain integration.

As we said before, we are working with 2dToolkit, which gives us a lot of versality. Also, we try not to use billboards (except for the characters) to help the performance, because the implementation was done very quickly and right now there are more pressing issues.

So, I started placing some sprites by hand.

I followed some basic rules, like next to roads, next to walls, etc.

Also next to the mountains.

There were some areas where there was simply too much to do it by hand. I thought that there would be some kind of tool ready to use with Unity and I was right, but the tools I tried were all very clumsy and imprecise. Finally, Sebastian developed a custom tool to stamp some greenery. All I have to do is to set the population density of the objects that it will print, and use box with colliders to determine the areas which will be stamped. 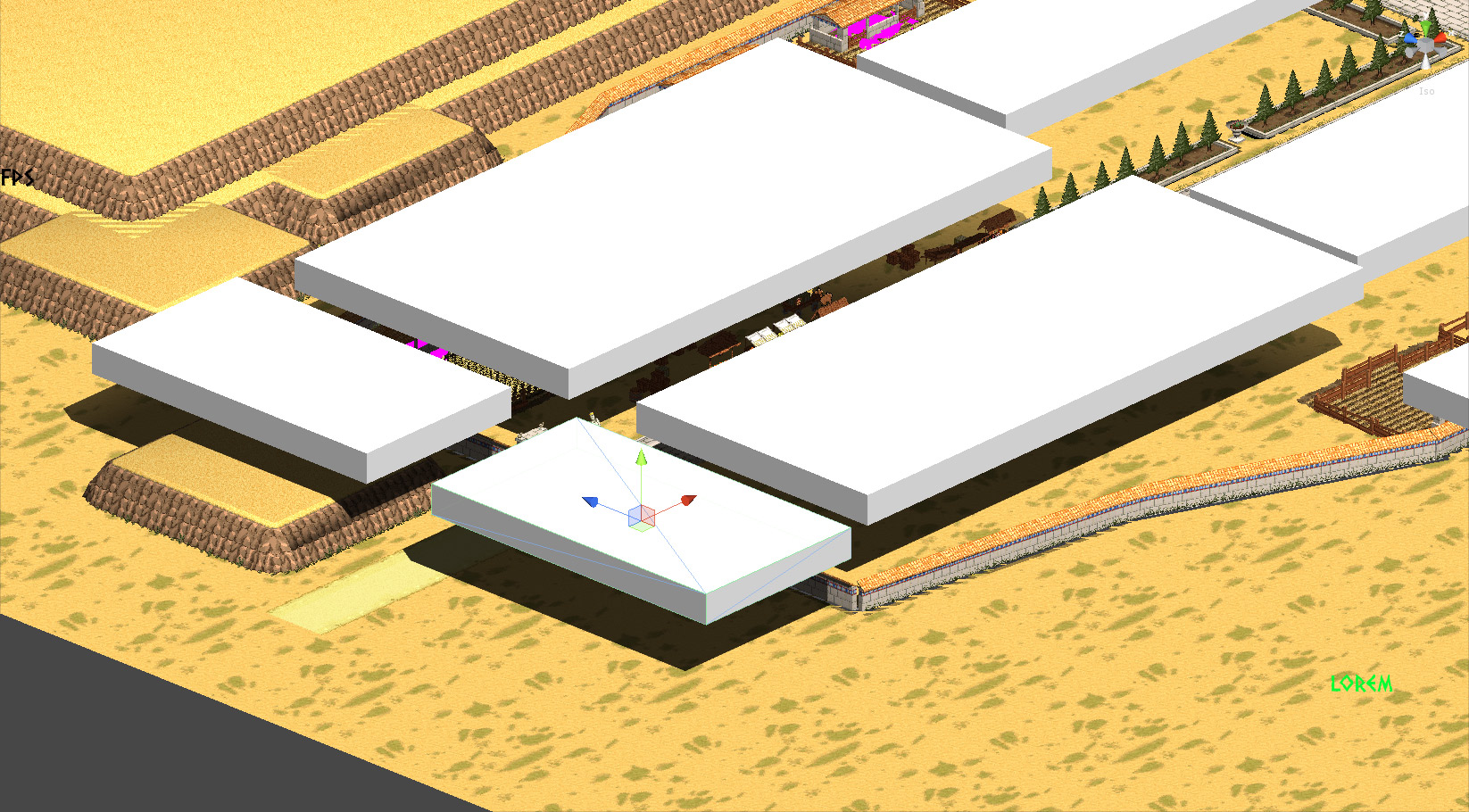 These are the areas. The white boxes are like stamps. 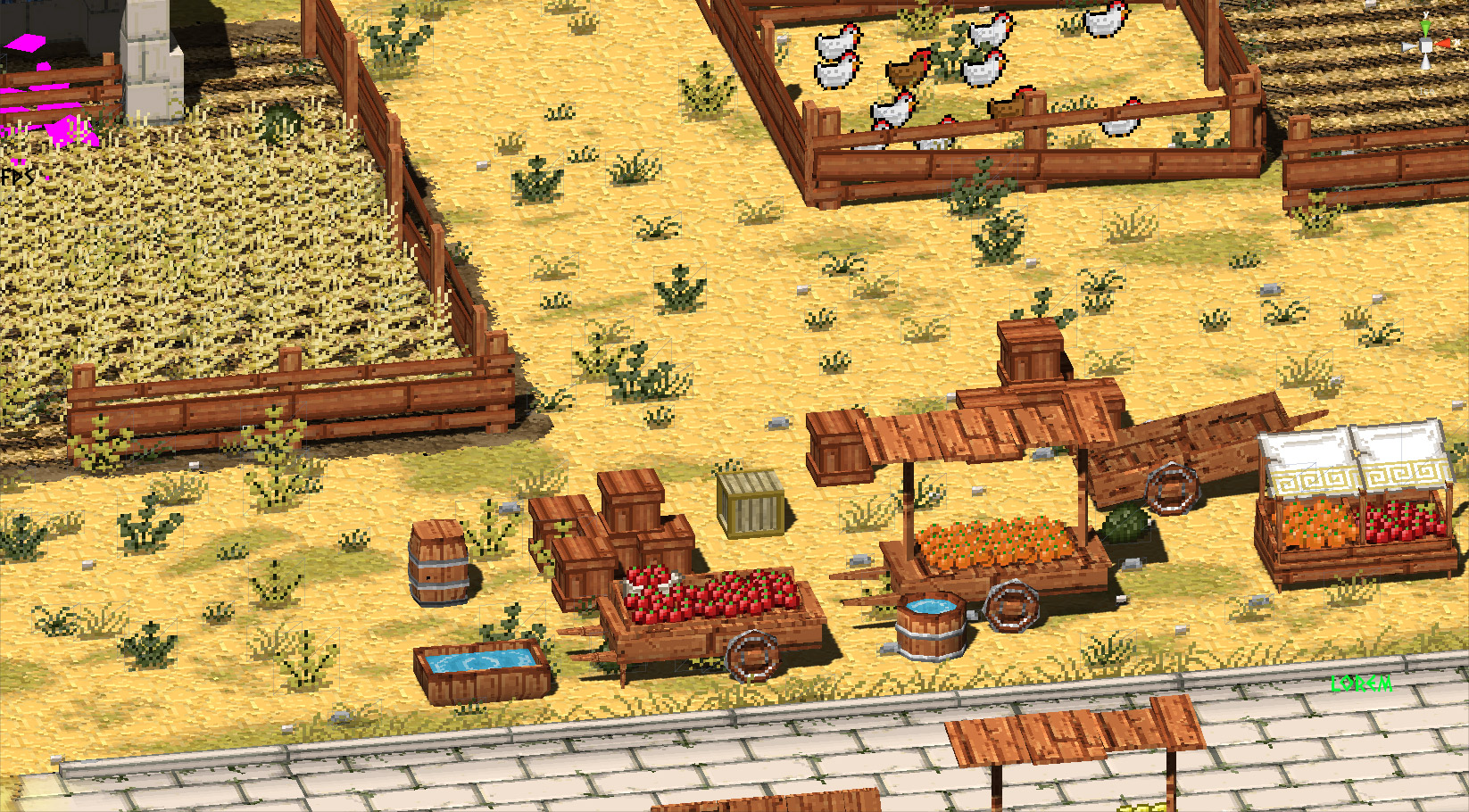 Applied the stamp, you get some grass!

With this, we could make a more unique landscape. It still needs some work, but we are about to finish the first level, which took a lot of work and time. We think that all the things we learned for this level will make the next eleven levels much easier to develop.

That graphics must have been a lot of work to look so nice.