We are excited to announce that Green Hell leaves Early Access and launches into 1.0. !

Posted by andrewjsherwin on Sep 5th, 2019 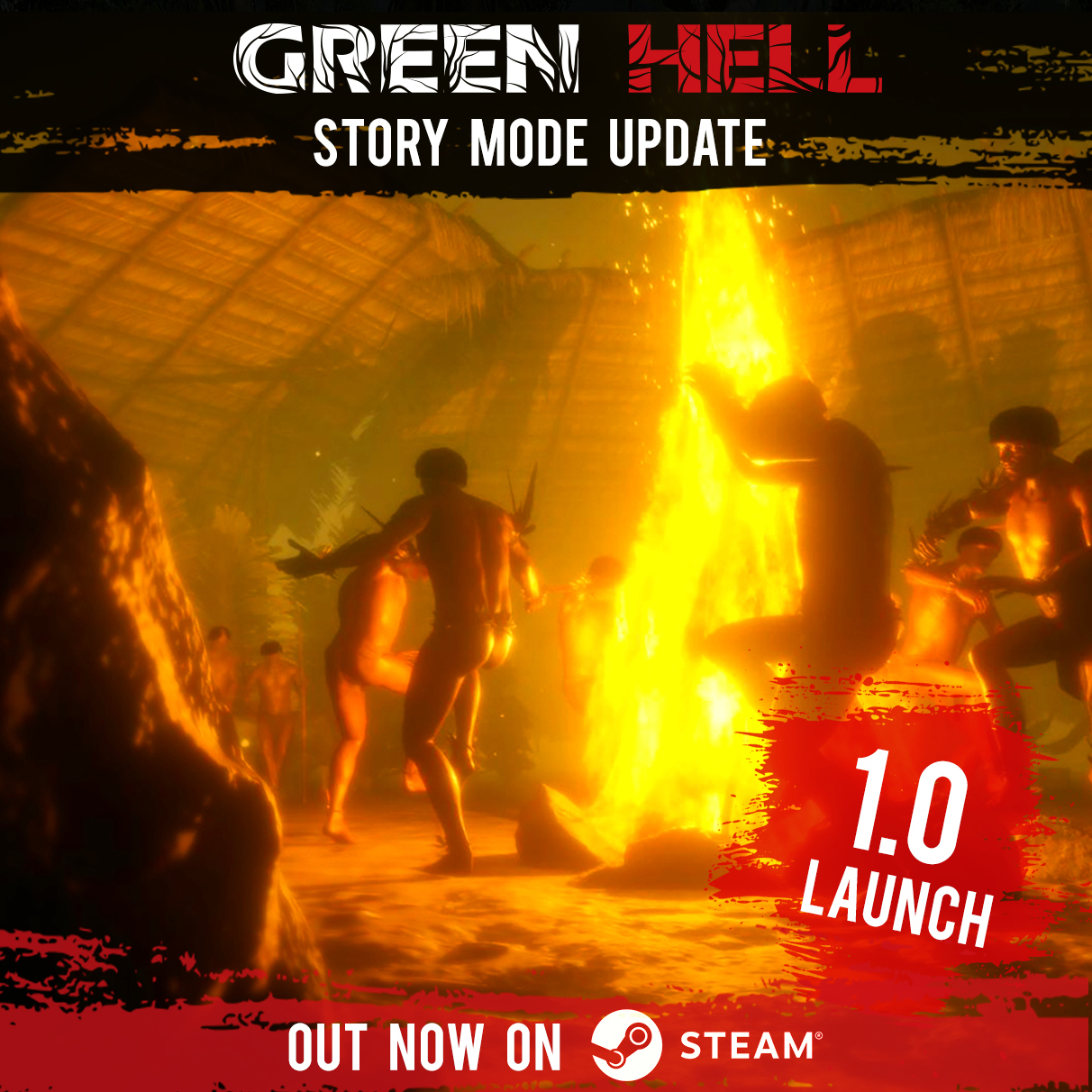 We are excited to announce that Green Hell leaves Early Access and launches into 1.0. !

Green Hell saw huge improvements and regular updates during the Early Access phase and now sees a ton of new features accompany this momentous launch.
From an entirely new map area to new animals and custom difficulty settings, the 1.0 update is Green Hell’s largest yet. Story Mode, one of the most anticipated features of all, will see players test more than just their survival skills as they embark on a desperate mission to navigate the deadly Amazon rainforest and rescue their lost love, Mia.

In the year since Green Hell launched into Early Access, we have worked continuously on improving the game alongside incorporating feedback from our dedicated
community. See the list of additions and changes below:

Story Mode and 1.0 Update Additions
● Story Mode! — How did you end up in the Amazon? What happened to your love, Mia?
How can you escape? How can you survive? Seeking answers to these questions will
take you to the brink of sanity as you rediscover well-known areas and discover new
areas for the first time.
● New Map Areas — The lush rainforest of Green Hell gets even bigger with new
Wetlands to explore. Also included, is an all-new in-game map!
● Perma-Death Difficulty — Gear up for the most ruthless challenge yet. There’s no
coming back from death.
● New Graphics Options — Optimize your experience with new FOV, Vsync, antialiasing,
texture quality, and shadow distance options.
● New Plants and Animals — Introducing the psychosis-inducing Psychotria Viridis, the
Banisterposis Caapi, and the lethally poisonous Dart Frog.
● Decay Timer— Many items in the game will now start to wither and decay. Players will
have to be vigilant learning to use their items before they expire.
● New Difficulty Levels (Tourist, King of the Jungle, Custom) — Have a problem with
snakes? Maybe spiders? Introducing new difficulty options to turn tribes, predators,
spiders, snakes, and the sanity meter on or off! Hate managing macroelements? Green
Hell is also adding a depletion speed slider to adjust how quickly you need to replenish
yourself.