Third character for our game, the Government Soldier.

This time we will like to showcase our third character model, the foot soldiers for the Government. These soldiers are highly augmented and equipped with the latest gadgets. They act as police force to take care of peace, and of course pesky thorns that plots against the Corporation controlled government.

Here's some concept art done by our artist, Andy Wong. The theme we had for this faction is more of a heavy tech with insect as a theme for the helmet. Here are some exploration for the soldiers we did, trying to avoid clashing style with the previous two characters. 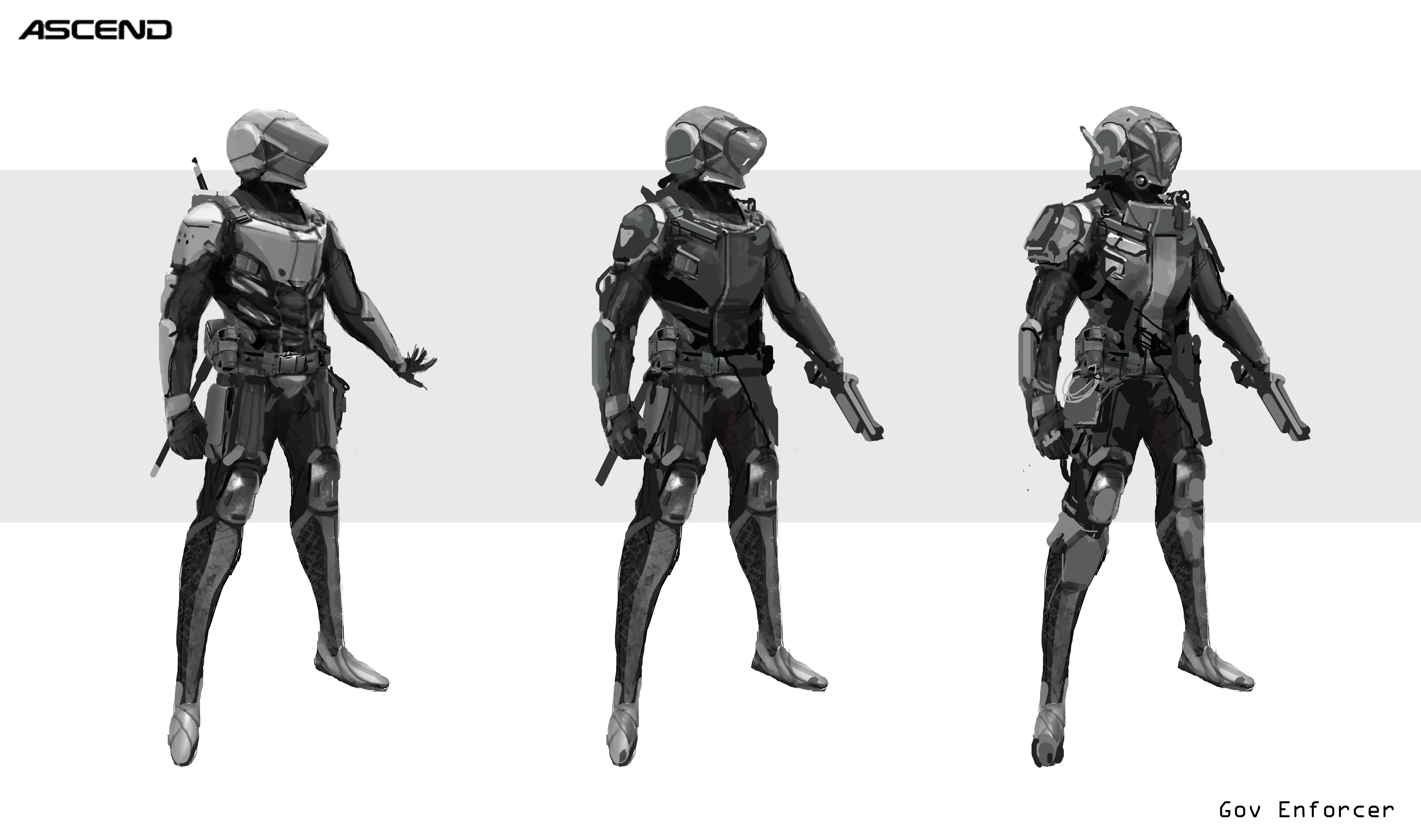 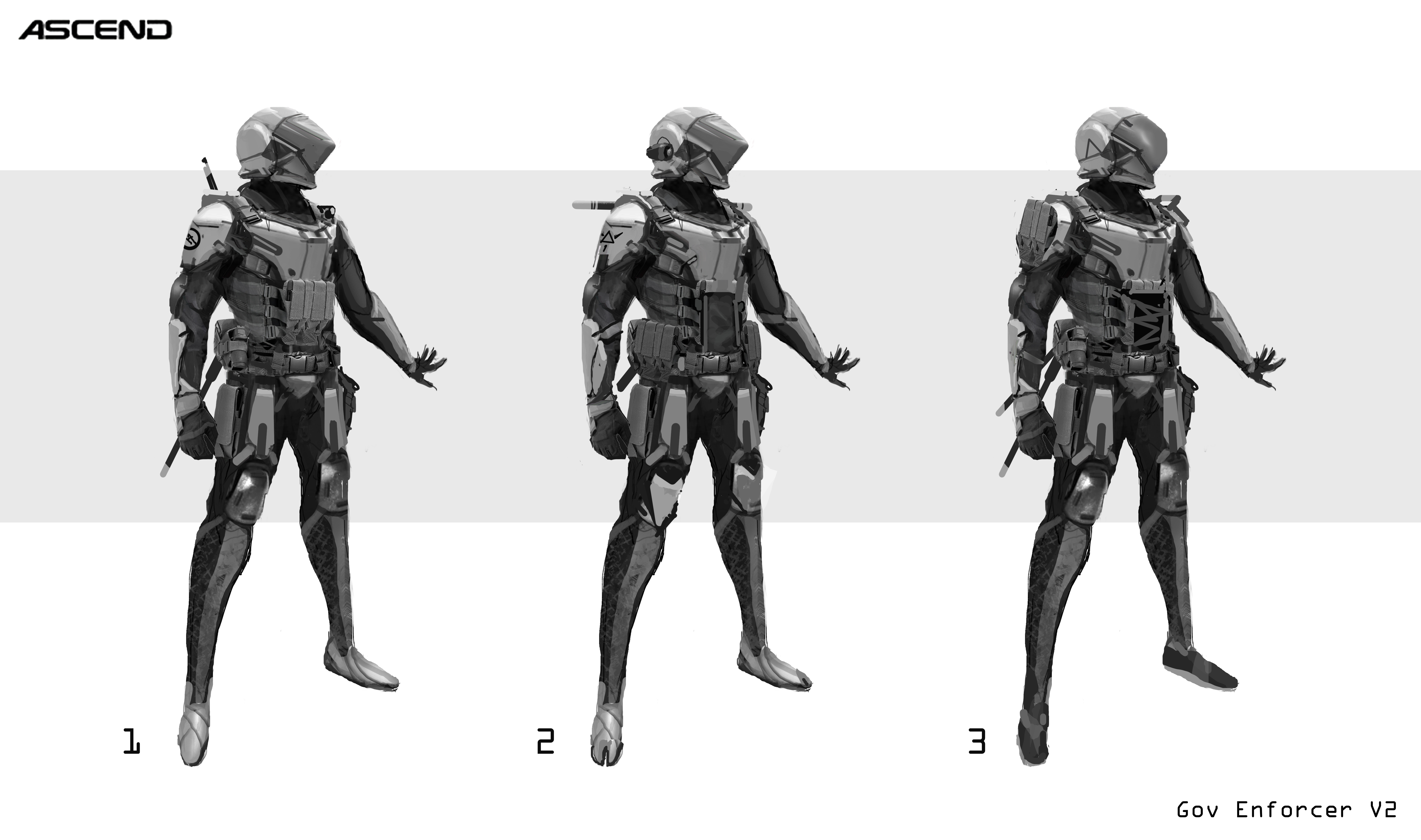 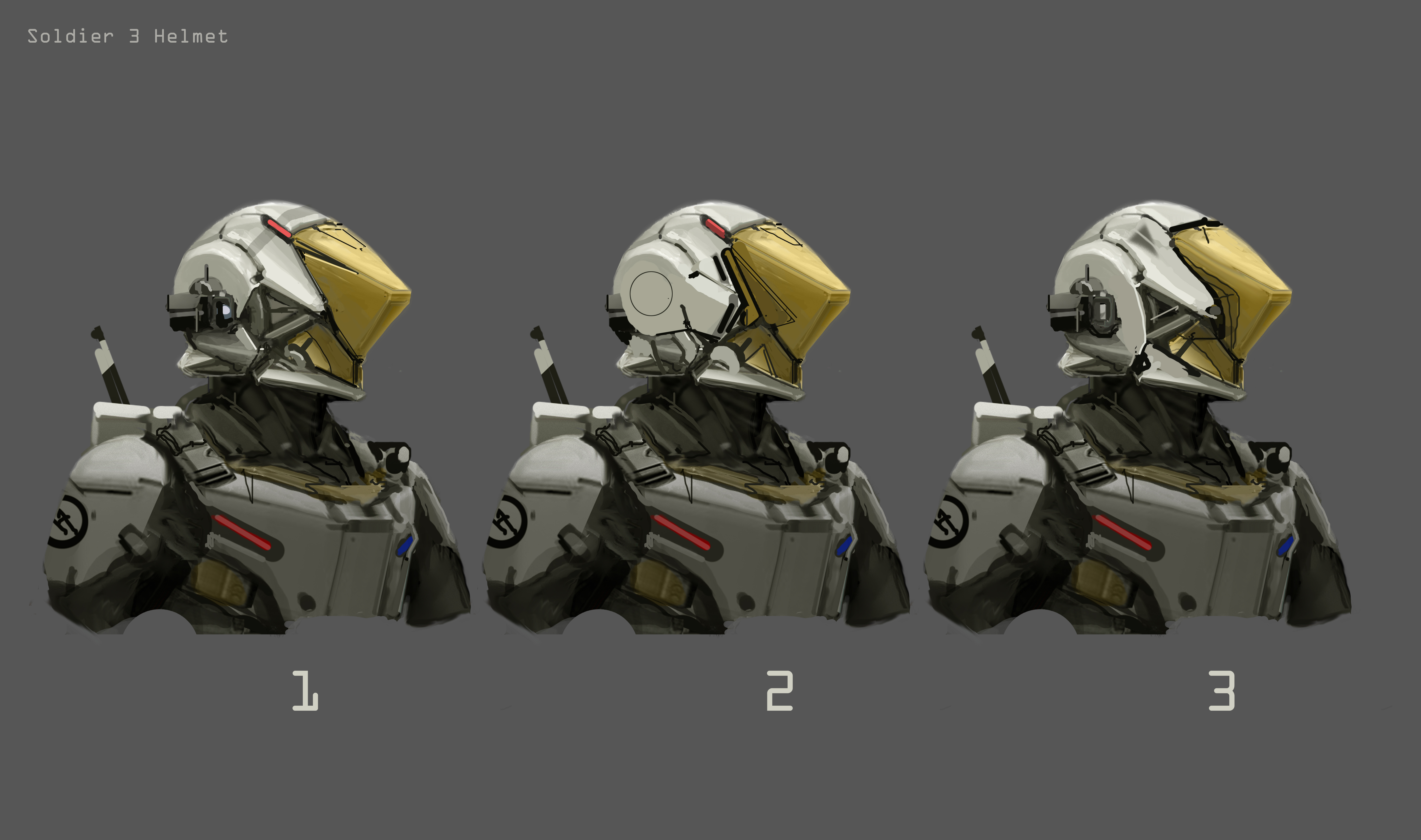 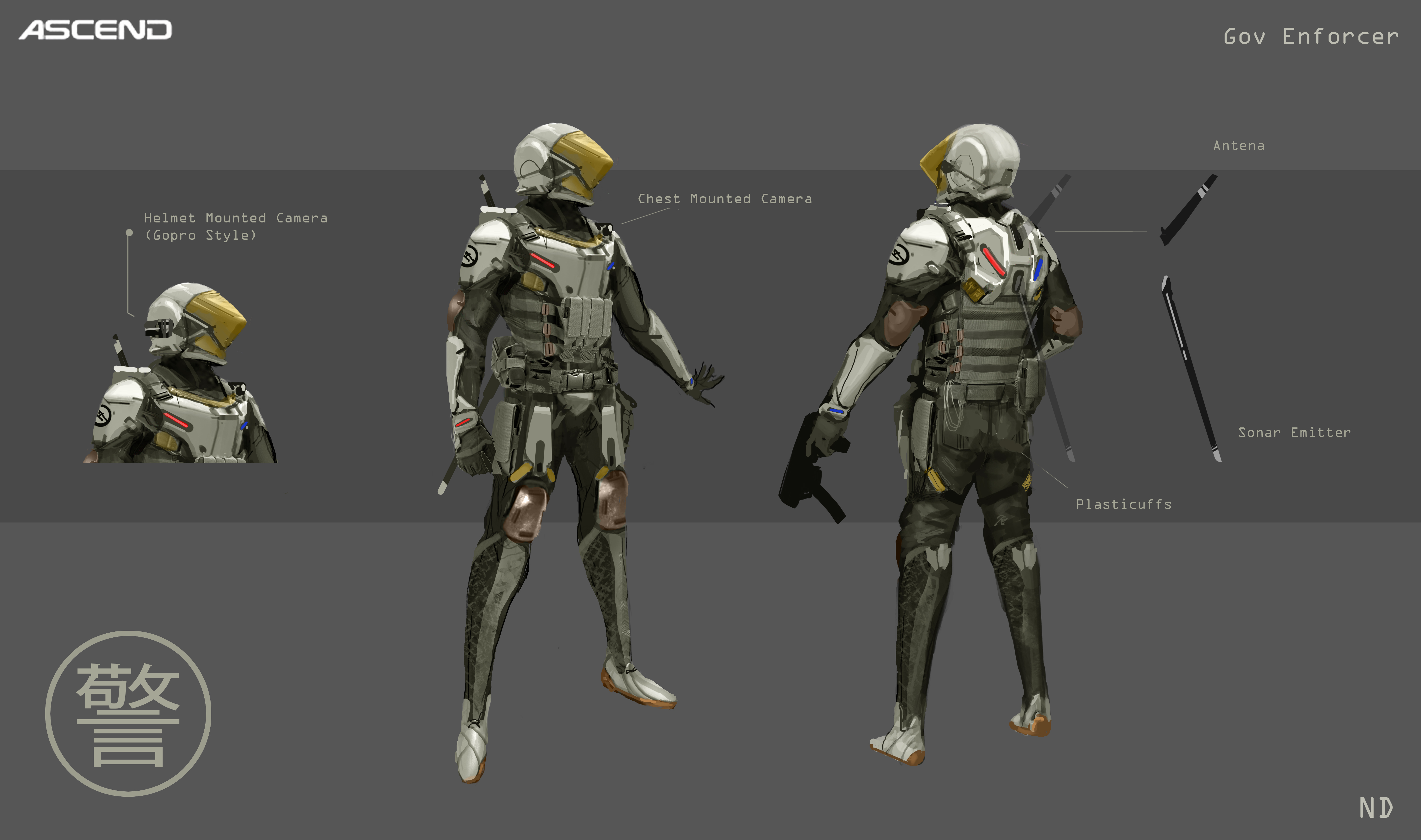 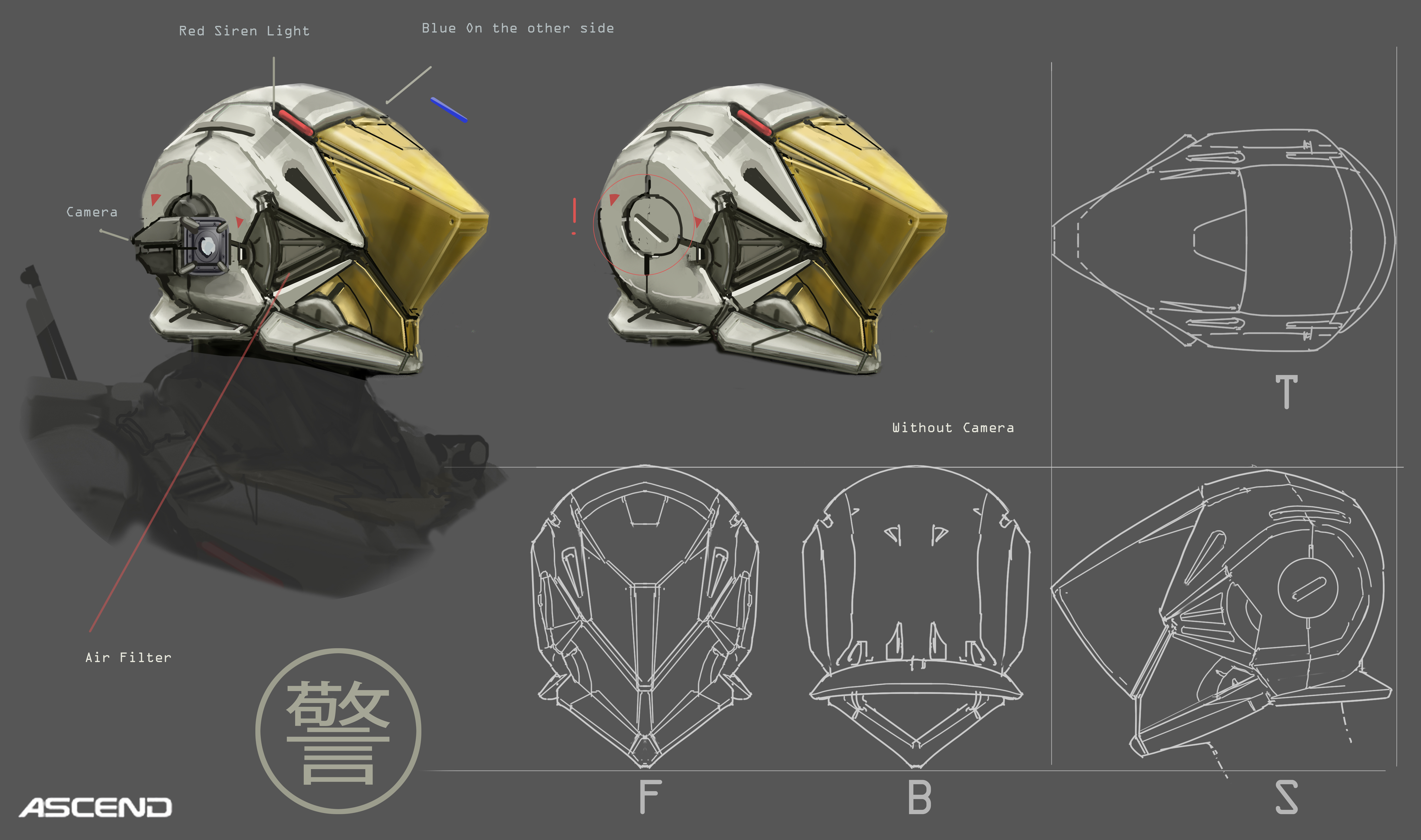 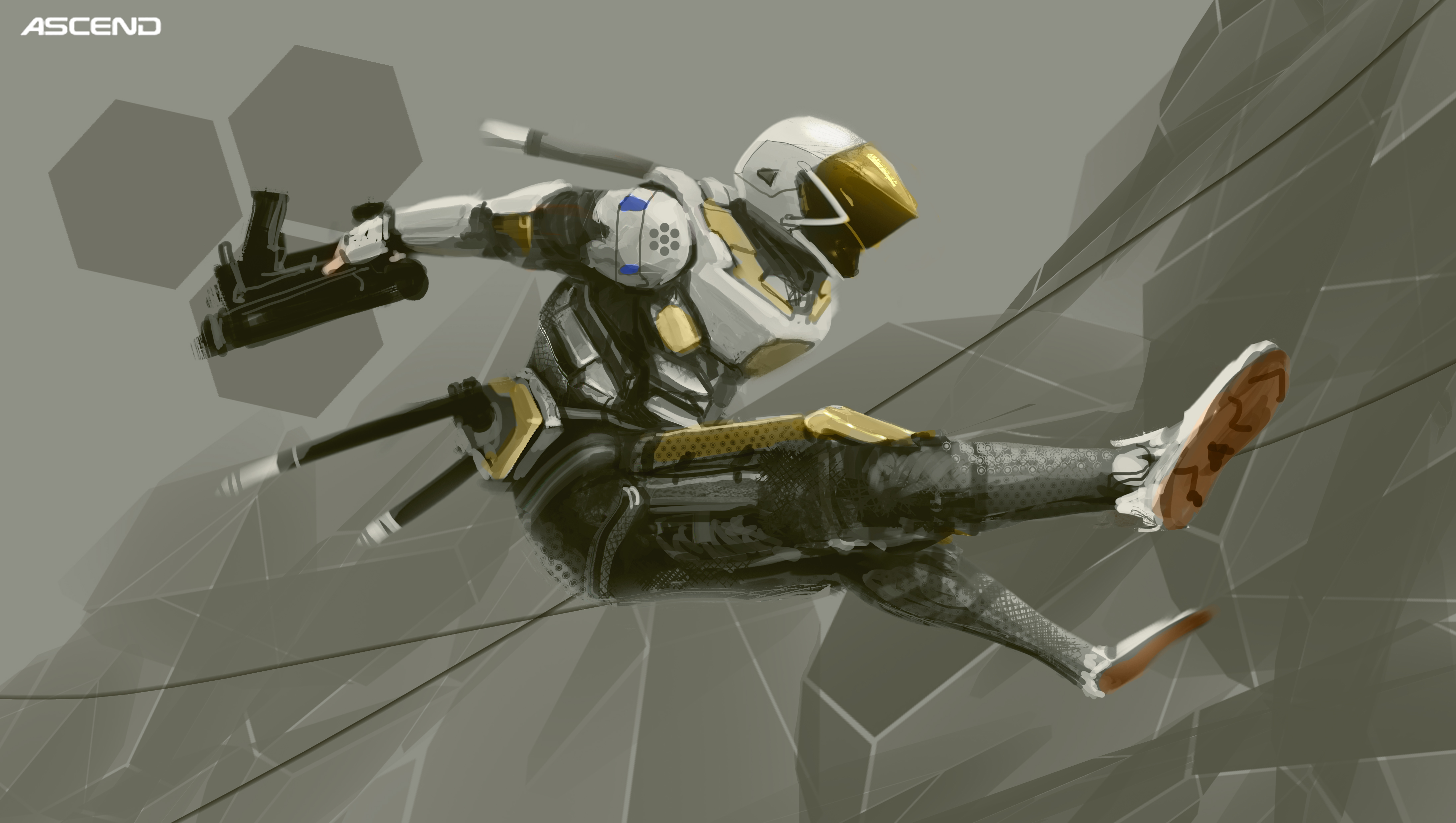 And here's the final character, done by the talented artist, Mdee Ridhwan! This is probably one of the most complex design which is quite challenging but I think we managed to pull it off!

Hope you guys enjoy it!

Moving forward, we are actually quite close to finishing the vertical build. So far our test has been rather stable and we are currently exploring the possibility of doing a more public test. So do drop me a message if you guys think this is a good idea or not! Thanks for taking a look!

Very cool designs but the character in the conceptual artwork looks thin and lithe, and the 3D model looks really... chunky. Particularly, his torso just seems really big around, sort of cylindrical instead of body-shaped, and the breastplate seems to stick out a lot further than in the artwork. Looks more like a heavy bruiser than a runner.

Well they could just make them look light weight. Concept art of the soldier in the air look more like a ninja, so maybe try making it more ninja like with the excuse that their armor is highly advance stuff.

That's a good catch. This is due to our customization issue where the thinner build is causing issue when players swap parts. We decided to thicken it, as it help with the silhouette as well.

Out of curiosity, what are those things on the back of the character?

The top one behind his spine acts as an antenna, for receiving and relaying message to the headquarter and other squad. The one at the bottom acts as a sonar emitter.

Personally I love a bit of weight on the armor so I have no problem with the more ''chunky'' design :)
Looks great!