Not content with creating a single player twist on minesweeper, Godsweeper will also feature a multiplayer mode!

If you’ve ever played the brilliant Minesweeper Flags, you’re already half way to understanding multiplayer Godsweeper. We’re keeping true to the RPG elements of single player Godsweeper, but now you’ll be able to compete against another player to recruit the most followers to your new religion. 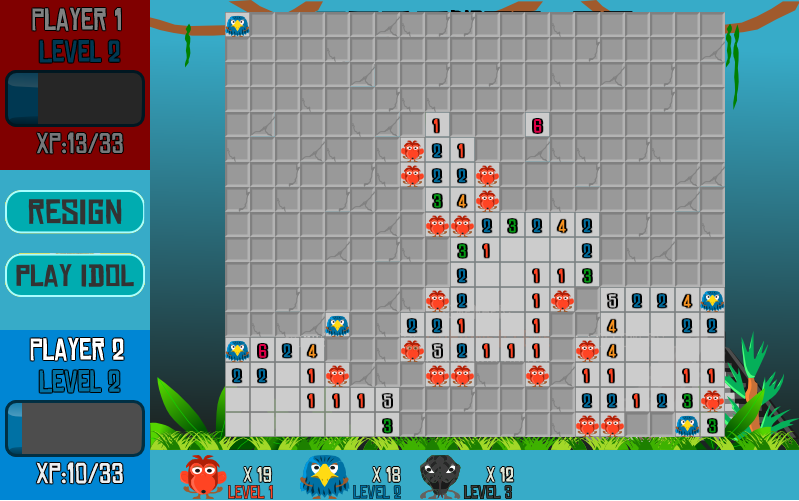 Take turns clearing tiles. Keep your turn until you fail to find a follower of an equal or lower level than you. Avoid revealing higher level followers. Get the most XP to win!

This new game mode will be available at launch (September 2013) in both local and asynchronous online versus modes. Best of all, if you’re coming along toGameDev Rezzed on Saturday 22nd June, you’ll be able to get your hands on the first playable version of the local game!