Godsweeper is a Minesweeper-style RPG. Your goal is to recruit followers to your religion. Uncover tiles to reveal followers in much the same way as you would reveal mines in a game of Minesweeper. The key difference is that there are multiple levels of followers, so each follower you uncover increases your level. It's divinity by numbers.

This postmortem first appeared on the +AsDesigned Games website...

In November last year, +AsDesigned Games released its first game; Godsweeper. Godsweeper is a flash game that takes the classic minesweeper and adds some RPG-style levelling up elements to it. You can play it here: Godsweeper

Development began in earnest in June, and consisted of a team of two. I worked with a student from The University of Birmingham who did all the programming, while I focused on the design, art, marketing, and setting +AsDesigned Games up as an official company.

The initial plan was just to create the single player game, but this was complete long ahead of schedule thanks to the programming talents of Joel. Because of this we decided to crack on with a two player version as well, taking inspiration from Minesweeper Flags. 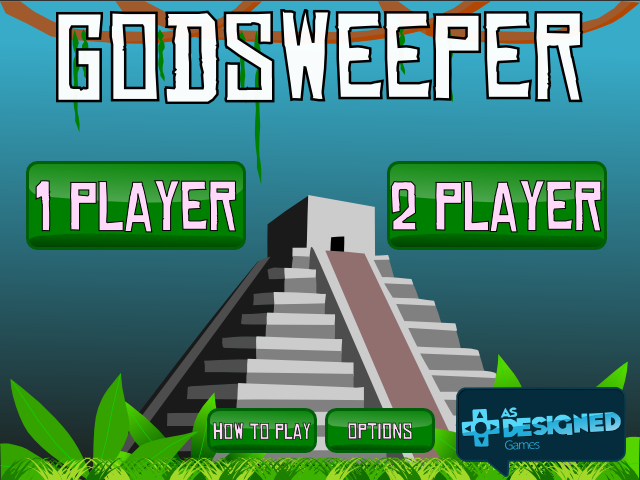 We completed the game and launched it across the web, first appearing on Kongregate on 20thNovember. It was immediately clear that we weren’t getting the ratings that I’d hoped for, and I’ve got a couple of theories as to why that might be.

Since launching the game, the ratings have been steadily increasing, especially on Newgrounds where we have gone from 2.7 out of 5 in the first week to 3.35 today. The comments have been encouraging too, with around 90% of feedback being positive.

Godsweeper was inspired by a game called Mamono Sweeper, so to receive the comment of “Mamono slayer” was a huge compliment and extremely rewarding. 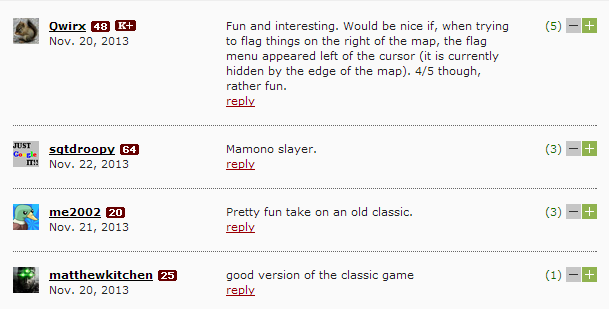 Because of the initial low ratings, Godsweeper failed to show up in any top rated lists which of course impacted the number of players we brought to the game. The game has been played around 4000 times in total across the web, but to see any real money we’d need 100 times that number.

Godsweeper is the “Most Favorite Game” on Fun Games Site though, and with a pretty healthy lead too, so that’s certainly encouraging!

I had also contacted around thirty indie games journalists and bloggers that I thought would be interested in the game, I took the time to read their work beforehand so that I could approach them in the best way and give Godsweeper the best possible chance of being picked up. I didn’t receive a single response, even when I chased up every correspondence with a friendly reminder in case it had been missed the first time. From this, I got a mention on Twitter, but no actual site coverage.

Godsweeper was never going to make huge amounts of money, especially after we failed to get an acceptable sponsorship offer (despite another couple of hundred e-mails being sent to potential host sites), but it’s now clear that it won’t make any money at all.

This isn’t the disaster it may sound like though. As +AsDesigned Games’ debut release, it has helped us get our name known and provided us with plenty of content to grow our social presence onFacebook and Twitter. And we now have thousands of players that we can tell our next game about which we didn’t have before.

Hindsight is a wonderful thing, and if I could do it all again I would have released the game once the single player version was complete and not bothered with a two player option.While I believe the two player option could have been a good addition to the game, it was poorly implemented and hasn’t driven people to play the game nearly as much as it had the potential to. 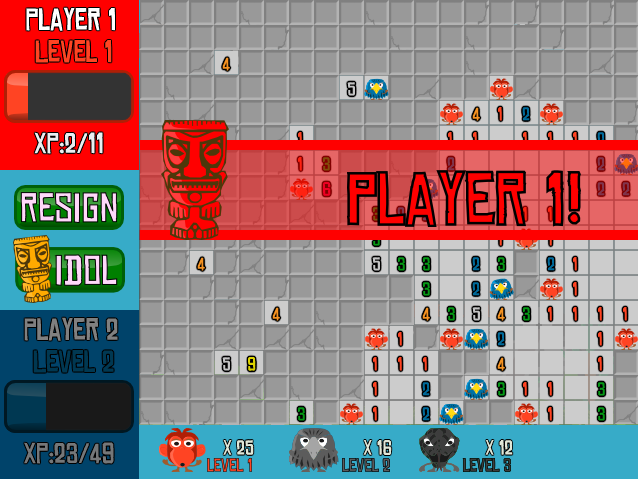 With no alerts for players when they get a new game request or when it is their move, there is nothing that pulls players back in once they have forgotten about the game. There is also no easy way to begin games against a new opponent without first finding out their username. And the ‘play random opponent’ option doesn’t work at all.

I learned a lot from creating and releasing Godsweeper, and everything I learned will be used to make our next games as good as they can be. I’m not in any hurry to release any more browser games though!

Our next game, Impatient Squirrel, will be coming to mobiles this year. Keep an eye on our website,Facebook, and Twitter for all the latest developments.

Godsweeper has been uploaded to FGL and ready for feedback!