Gameplay will be varied and challenging. Even though you’re a professional ghost hunter, don’t expect to run around with a proton pack on your back, shooting wildly at everything that moves! Instead, you must rely on stealth and observation to get by, and avoid direct contact with ghosts at all costs. Invisible and omniscient, they react to your actions and choose their moment to strike, making you feel vulnerable at all times.

We're about to tackle a big topic: gameplay of Ghost Theory!

You’ll always be carrying various ghost hunting tools with you, each of them having different gameplay uses, and here are some examples.

The UV Lamp can reveal multiple things invisible to the naked eye:

So be sure to scan every suspicious object! 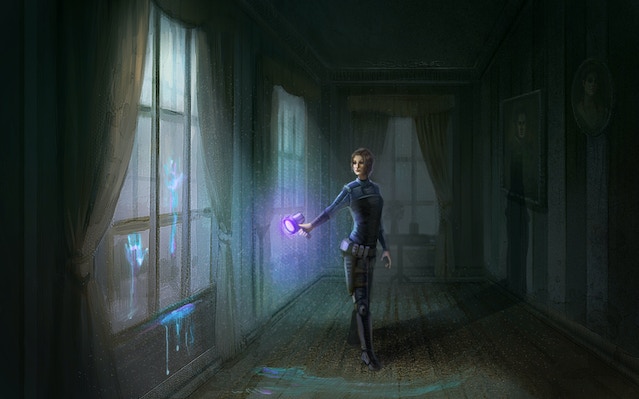 EVP stands for Electronic Voice Phenomena, and can be picked up by your custom recorder. When you activate it, you’ll be able to intercept all sorts of sounds, depending on your position within the level. But they won’t all be useful:

Be careful though, sometimes an otherworldly scream may surprise and terrify you!

You use it by holding it in front of you, as you slowly walk around. If you aren't anywhere near any source of energy, it remains still. But as soon as you get close enough to one, it startsswinging in weak, slow and slightly erratic movements.

Use it to pinpoint different sources of energy within the level, such as: 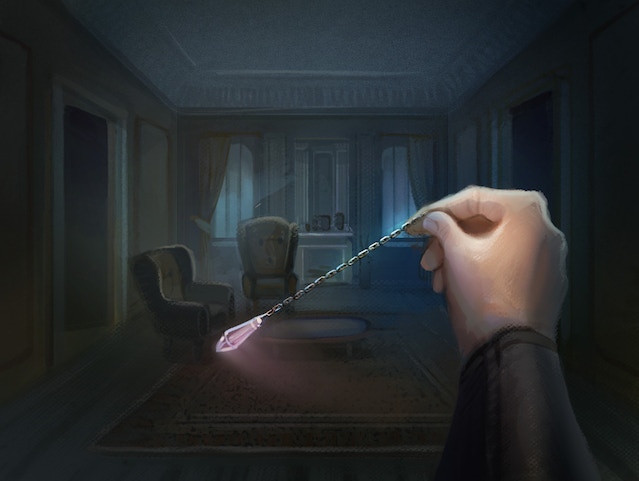 Like the EVP Recorder, the Pendulum can sometimes lead you towards red herrings!

If you want to dowse for a particular object, you must first instruct the Pendulum about your target, to make sure it responds to it, and nothing else. For example, if looking for the missing right earring of a pair, you can hold the left one in your hand and the Pendulum will focus on locating its counterpart.

As you can see, the possibilities for interaction, environmental puzzles and exploration areendless, and we’re only just scratching the surface, because this isn’t even taking the ghosts themselves into account.

So you’ll be carrying multiple gadgets, but how exactly? In a bottomless invisible backpack? Via an icon/slot-based inventory screen? No!

In keeping with our design principles, every item you carry will be physically visible on your character model, and equipped by… looking at it and picking it up.

This also means that your loadout will be limited: there’s only so much you can carry. Will you attach an EVP Recorder or a UV Lamp to your left hip? Will you bring 4 vials of Holy Water, or leave some space on your belt to also carry a box of anti-anxiety pills? You’ll have to choosewisely before every investigation, but don’t worry, there will always be a way through the level to match your chosen equipment.

So Barbara has all these gadgets, but what makes her truly special? Anyone could pick up an EMF Meter and go hunt some ghosts, right? Not quite.

For reasons we won’t disclose today, Barbara is blessed with the gift of Clairvoyance. It allows her to do multiple things: reveal the presence of otherwise invisible ghosts, experienceflashbacks of past events, or even visions of where to go/what to do next. 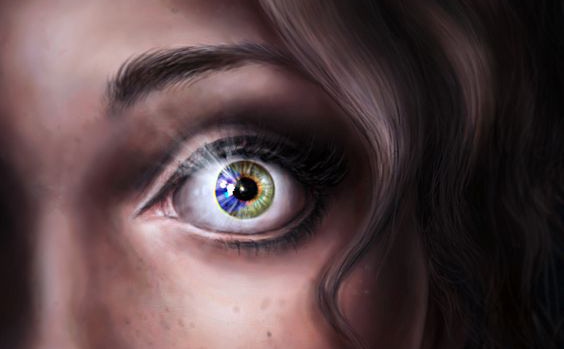 And the coolest thing is how it works! To activate Clairvoyance, you first have to close your eyes, effectively turning the screen black. You can keep them closed for as long as you like, and the effect is triggered once you reopen them. But be careful, the longer you focus, the more the ghosts can feel your energy and come looking for you.

How about general item interaction? Can we open doors, pick up objects, flick switches and press buttons? Yes, yes, yes and yes.

Obviously, all these actions require your hands, so you’ll need at least one free hand to perform them. Your hands will therefore be visible, and you will not only be able to open or pick up objects, but also simply touch them.

This touch mechanic opens up plenty of gameplay opportunities: ghosts may react to you holding certain items, and you’ll want to first make sure it’s safe before picking it up.

How it all combines!

Say you find a closed door.

You put your Pendulum back around your neck, grab the handle and turn it. The door won’t move, it’s locked. And you have no idea where the key might be.

Leaving your hand on the door handle, you close your eyes and focus. When you reopen them, you’re struck with a vision: another room, a table, a small wooden box… That’s where the key is! Your Clairvoyance gift, combined with touching the door, revealed the answer.

By making every action so tangible, we are creating a uniquely rooted experience, which contributes greatly to the survival feel of the game.

You can easily imagine how all these mechanics fit perfectly with VR headsets, reinforcing theimmersion by making you a physical entity within the game.

Every interaction will soon become second nature. Looking down at your belt to pick up a tool, reaching for an object with your hands, or closing your eyes: all seemingly mundane but withdeep gameplay effects, and enhanced by VR technology.

We are of course planning to experiment with accessories such as Oculus Touch to reinforce this feeling even more.

But again, and we can’t stress this enough: all of this will also work perfectly without VR! We are making sure that all of our game mechanics will also benefit your immersion when playing with a regular controller, on a regular screen.

We hope you enjoyed these new gameplay revelations, but as far as how the campaign is going, we definitely need to step it up if we want to reach our goal.

Major game websites have not yet picked up on the game, despite our repeated efforts, but with more people reaching out to them and spreading the word, we can still make it!