Gas Station Simulator reveals a bit about Dennis, an unlikely neighbour you have to deal with on occasion. 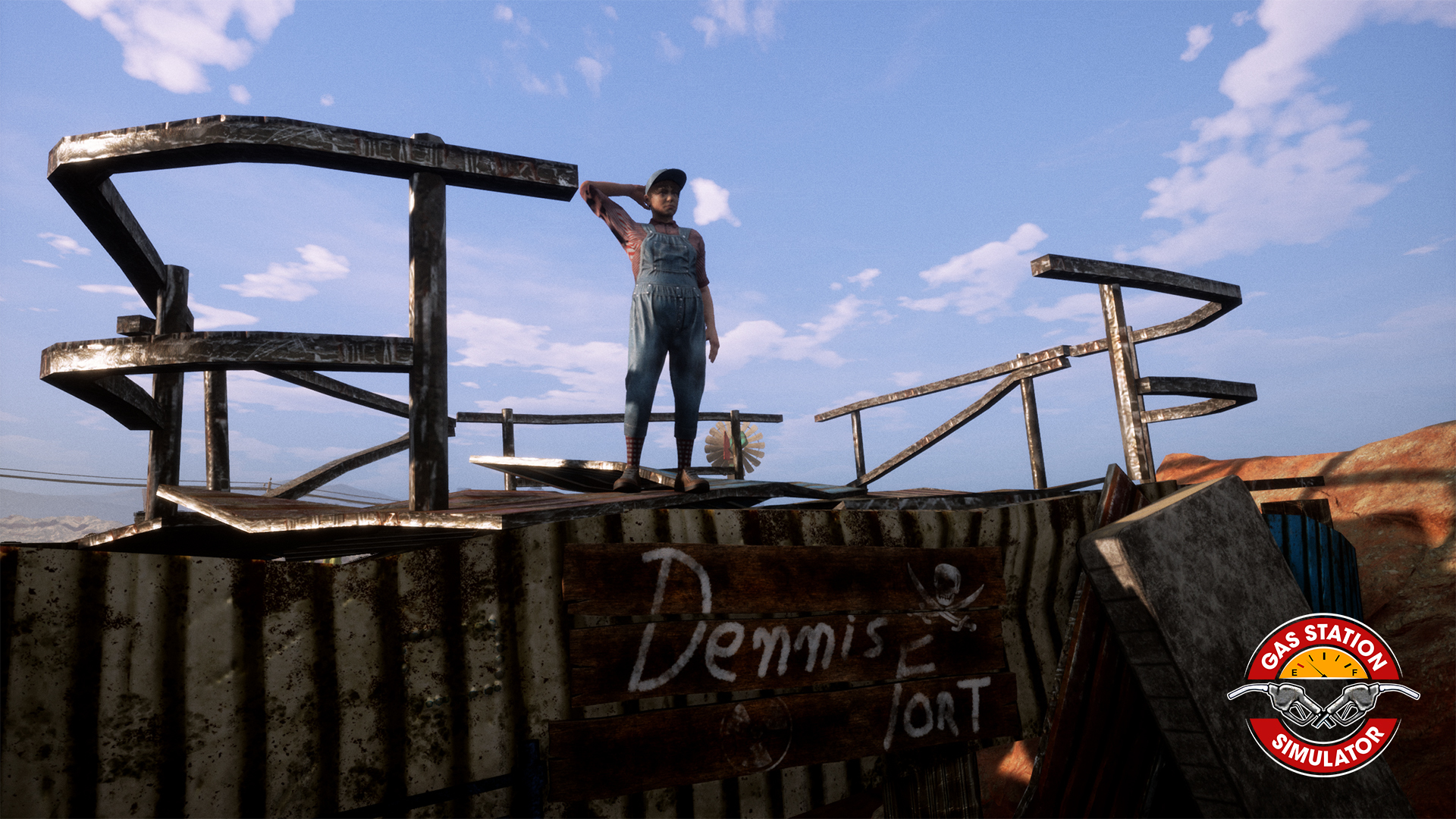 You’re not the first to the turf. That much can be easily guessed by the fact there was a Gas Station (ruins thereof, to be specific) available for purchase. But we’re not talking about your predecessors. These have come and gone. This person has been here and is here to stay. And he’s younger than you.

Out there, not too far from your Gas Station stands a lonely fort cobbled together out of metal sheets, wire, duct tape and a healthy serving of goodwill. Within that fort dwells Dennis, a child that nobody quite knows how he got there. Nobody quite knows where Dennis should be. Asking about the child yields a simple “he’s always been here” or “I don’t know”. Asking Dennis himself usually yields a balloon of paint to the face. Relying on your eyes might provide a few clues as to whom Dennis is related, but you’ll have to really train your eyes to eagle’s precision. The kid is anything but slow.

So getting a Gas Station came packaged in with an imp. What does Dennis do? He hates you. Well, not really. He pretends, but you’re strangers to each other. More accurately, he finds you stepping over turf that, in his logic, belongs to him and him alone. And that means war. Of course, Dennis is a child and you needn’t worry about having your fuel stations blown up overnight. However, you might want to get a mop and a broom. And plenty of other things, too. 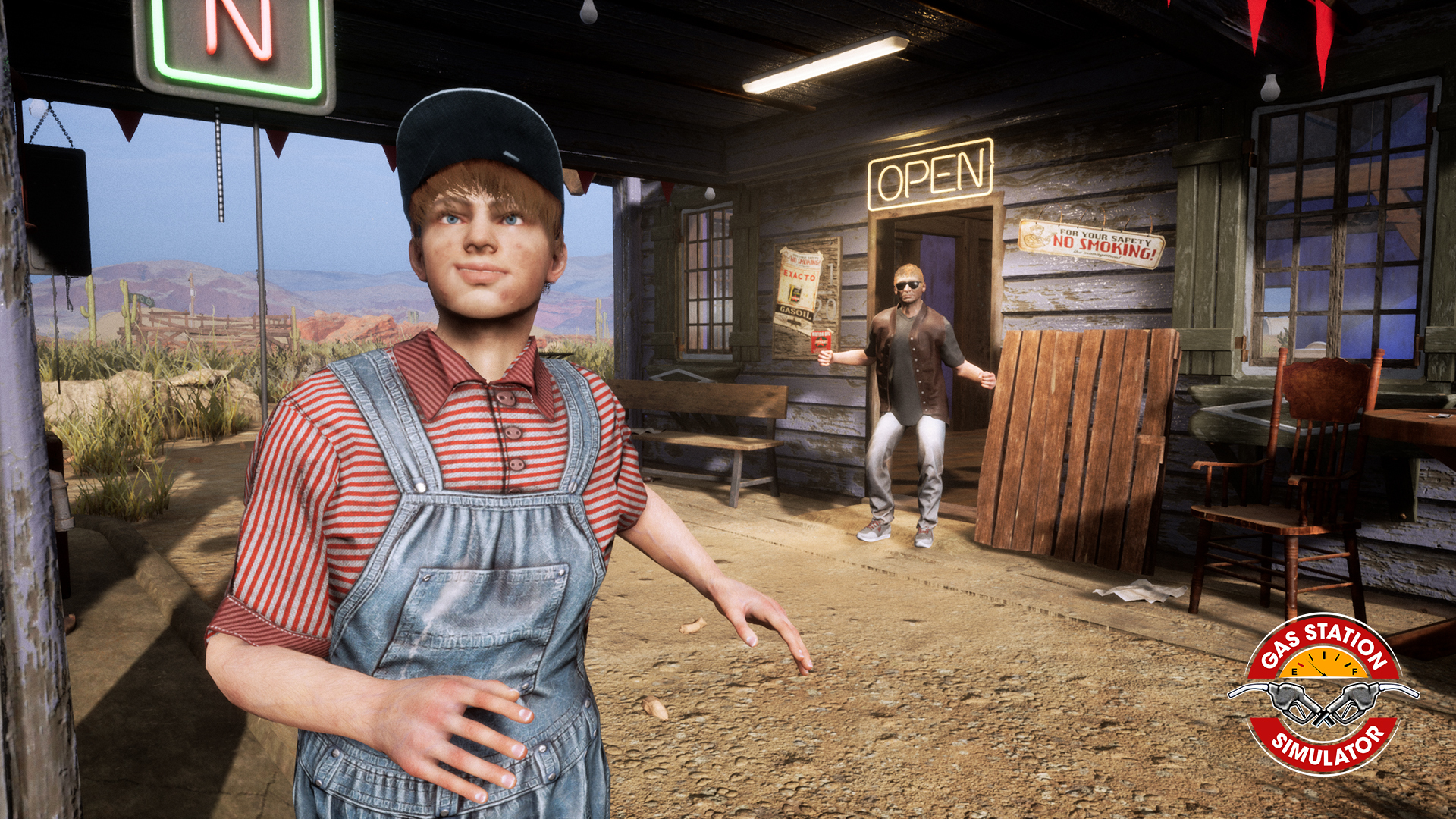 Dennis’ modus operandi is simple. He can’t break things, so he’ll do his best to despoil them. Aggravating him might have you wake up to… a good number of small, but harmless things. Well, harmful to your time. Because someone has to clean this all up.

What will upset the kid? A variety of factors, but picking up on his tendencies will help you account for the inevitability of your walls becoming an art exhibit unto themselves. Since the land is considered his turf, you can be sure Dennis will come calling whenever you invest in a significant upgrade to your gas station. The kid also doesn’t like people coming in large numbers, so the better you’re doing the higher the chance you’ll find Dennis’ handiwork somewhere on your station. Where will he strike? Simply put - no place is safe.

One day, maybe, Dennis and you will bury the axe and put your differences (his differences) behind the two of you. For now, consider the kid your little nemesis. Good luck keeping things together, you’ll need it!