. Solarix, at its most basic level, is built around stealthily and semi-linearly exploring immense, detailed environments, while fighting or sneaking by half-human monsters.

An interesting term coined in 2007 was "ludonarrative dissonance", which describes the separation of the way a video game is played and the way the story is perceived. Chris Hocking, who first introduced the idea, used it to point out a flaw in Bioshock. The game promoted the rejection of Randian philosophy yet rewarded the player for acting in self-interest (to oversimplify his argument, of course). The dissonance idea is still relevant 6-7 years later and still illustrates an important flaw in many triple-A games: the Uncharted series has the protagonist make light-hearted jokes about brutal, senseless murder; the Gears of War games have tough, hulking supersoldiers cowering helplessly behind chest-high walls; and the Resident Evil series takes almost perverted delight in constructing the most horrifying monsters imaginable, but then requires the player to mow these monsters down by the hundreds. 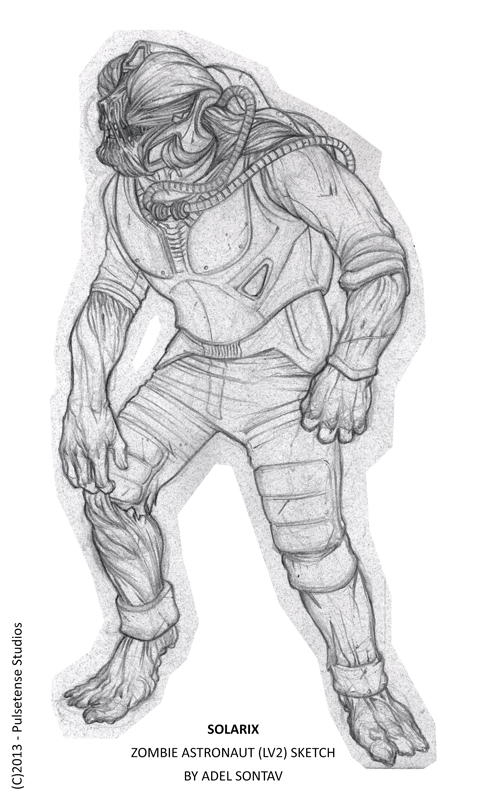 So, let's careen off the assumption that ludonarrative dissonance can detract from a game (which is debatable, but let's not get into that). Solarix, at its most basic level, is built around stealthily and semi-linearly exploring immense, detailed environments, while fighting or sneaking by half-human monsters. How does one construct a story that encourages and complements these mechanics without sacrificing verisimilitude? (verisimilitude = the appearance of realism, and yes, I totally spelt it correctly on my first try) The first thing to consider is the environment. Each level is built with majestic grandeur and scale, emphasizing the technological and architectural accomplishments projected for the future. So we already have our setting: a massive scientific research station in orbit around the first new habital planet discovered in history. Not arbitrarily, this planet revolves around Tau Ceti, a star similar to our own which is located only twelve light years away. When we adhere to the cosmic speed limit, the biggest logistical problem for this research station is "how do we communicate with Earth?" Regardless of the method, there will always be a 24-year gap between responses. Not to say there's no communication—both Earth and the colony accelerate shuttles to lightspeed and exchange them on a yearly basis—but it's all one-sided, with no first-hand interaction. This is where the crucial sense of isolation comes from: not only is the player character alone for large portions of the game, but the outside world of Earth is totally inaccessible. In addition to this, exploration is key in terms of gameplay, so in turn exploration becomes necessary to understand the scope of the story. We've scattered things into the darkest corners of the game to be discovered: not only the benefits of extra health and ammo, but also personal diaries, reports, audio recordings, etc, in the vein of Bioshock and Dead Space. Obviously you won't always come across these things when you explore (see: monsters) but the benefits will usually outweigh the detriments. 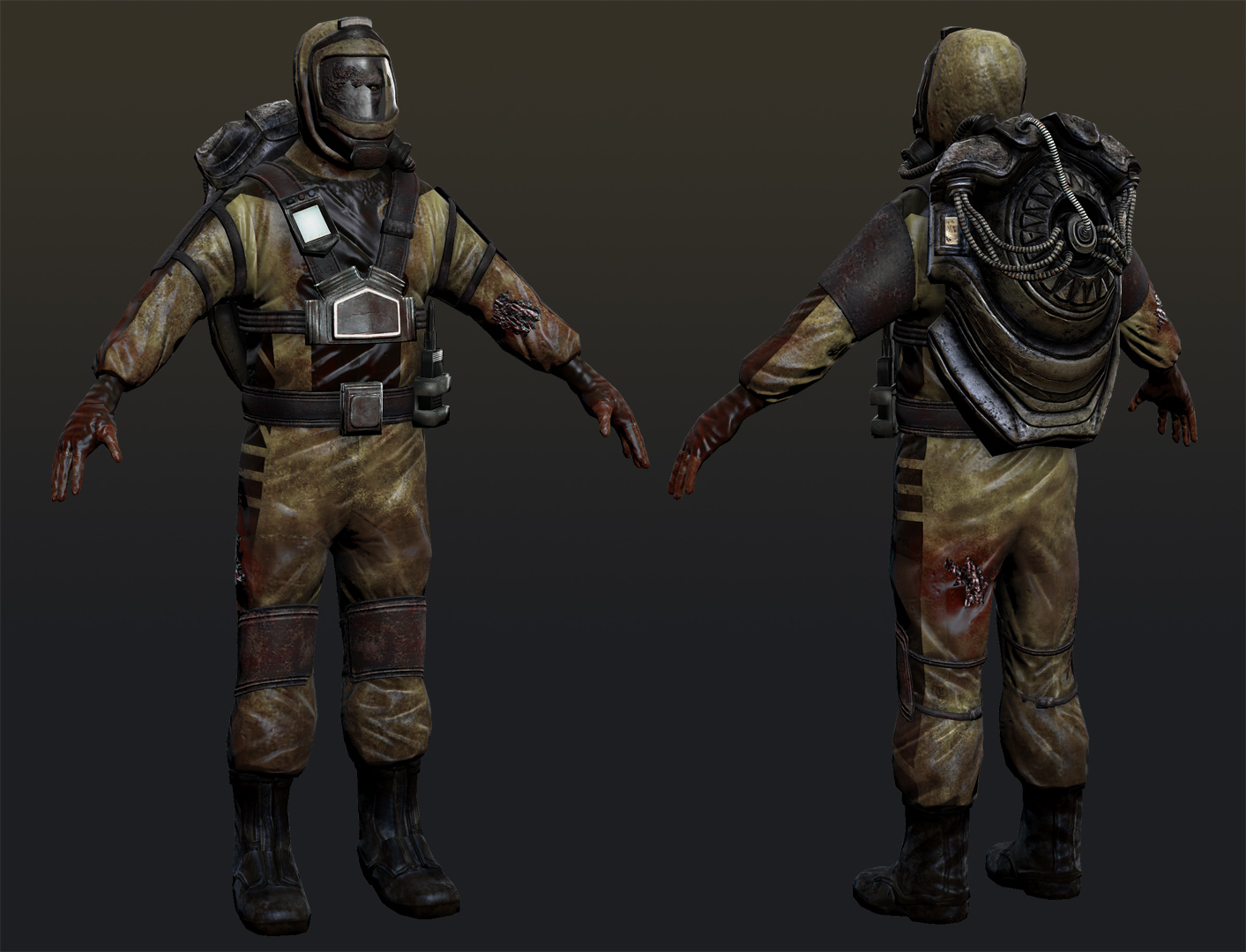 The second thing to consider is the stealth. How do we incorporate stealth (as well as the avoidance of conflict) into the story? What I've done is emphasized non-violent resolutions to conflicts. When one character causes a disruption, the solution isn't to kill them, but instead to trick them into revealing how to repair the system. A recurring enemy is functionally invincible, so you must incapacitate him using disturbingly creative methods, or avoid him altogether. Some background characters live in the shadows and make their way through the spaceship in parallel to the player character, and dealing with one of these characters takes up a significant chunk of the story. In summary this means that, in the story as well as the gameplay, sneaky tactics and avoidance of direct confrontation are the most effective means to success.

Lastly, and perhaps most importantly, how do we marry the intended horror of the atmosphere with the power of taking down the monsters? It's almost disarmingly simple: strictly in terms of the story, the monsters aren't what you're really fighting. They're just a byproduct of a deeper and more fundamental horror lurking beyond the bounds of reality, and killing these monsters achieves nothing substantial. Thanks to our modeller Pat, the monsters are certainly frightening, but most of them are covered by thick suits and hence they only incite the revulsion of their appearance when you get close enough for them to hit you. To some extent they appear to be more a feature of the environment than a direct, antagonistic force against the player. By thinking about them in this way, it opens up greater possibilities for horror through the atmosphere and environment and through the player's descent into chaos, anarchy, and unfettered sadism. It's a horror that sneaks in silently, rather than thrusting its tentacles into you from the start.Really, ludonarrative dissonance isn't complicated to alleviate, and stalwartly not as complicated as arbitrarily utilizing an artificially sesquipedalian vocabulary hurr hurr. All it takes is to examine the themes and implications of a story from the player's perspective: "Does the desired behaviour support the thematic intention of the story?"For Solarix: yes, totally.