His own squad, many operational ground troops and even UGR Officers of higher rank often look to Frank for leadership.

Sgt. Frank Brittain lives by graft, ignoring the privilege of elite Prototype pilots in favour of new-worldly resilience, and traditional discipline. His own squad, many operational ground troops and even UGR Officers of higher rank often look to him for leadership.

Frank Brittain is both a veteran and active, continuing pioneer work in hostile cell destruction in high-risk environments while securing strategic points on Earth for UGR control.

The UGR Commanders know Frank Brittain is a leading close-combat UGR force in the field, and in Manchester. Frank is not an officer like Javinder, however due to his wealth of experience and military prowess it is a foolish officer that does not take heed of Frank. 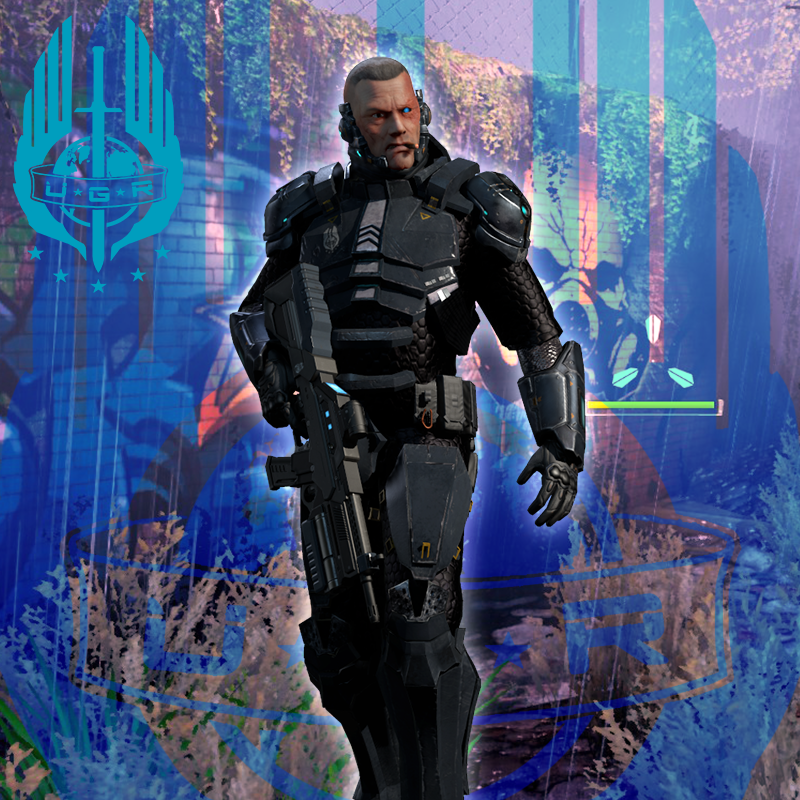