This week, we review how we make beautiful pixel fountains, and how cool it is to participate in events!

Another week goes by, another update. This week’s update will be divided into two parts. The first one and the second one.

As I was telling you last week, we have changed Okhlos’ level design paradigm. I am now making chunks, that hold information about how many enemies the chunk will hold, the hazards and the little houses. Making these chunks has become a completely pleasant activity (at least for now). It’s like building dioramas. The bad thing is that it takes time (just like with dioramas).

Basically, between drawing sprites, modeling and making little roads that are consistent within the chunks, I created a new hobby for my self. All I need now is a display that keeps the prefab spinning all day and to put it in a showcase (years of painting miniatures).

Anyway, this lead me to touching up the fountains. The fountains had been hastily made, with the idea that I would eventually have to touch it up. Besides, putting the fountains alone made them look odd, so I had model some benches taking into consideration the fact that fountains were a meeting spot in ancient times.

First I start with the model. 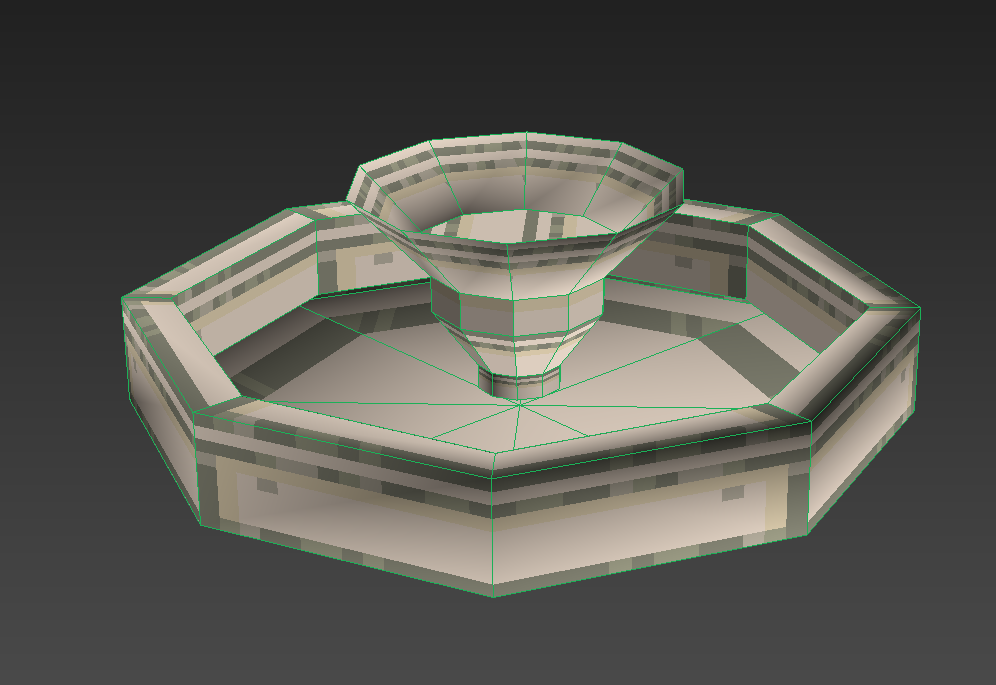 I take the mesh to Unity.
As with all the other textures, I use point as the filter mode, so as to give it the pixel-art-look. 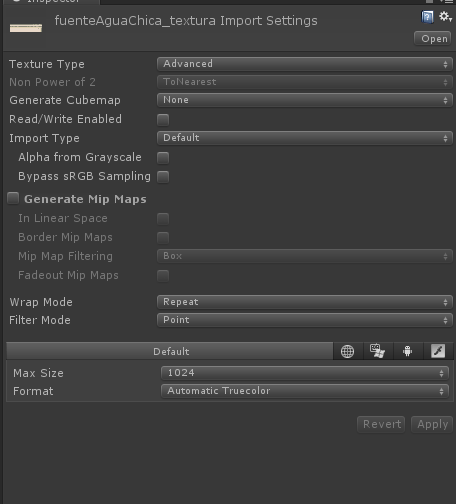 Then, I add the animated sprites with 2DTollkit.

Some of you may recognize some of the characters in these fountains. It’s purely coincidental.

The gif’s resolution is not the best but you can see the animation very clearly. Also, some of the gifs are at double speed. Definitely there is some room for improvement on my gif capturing skills.

This week, so as not to lose the habit, we were showing Okhlos at a little event in Argentina. There were very few attendants, but the people who had the chance to test the game were delighted with the mechanics. How the mob moves and destroys everything in its way was something everyone pretty much enjoyed. Based on what Schell says about games having to start as toys, I think we are off to good start. Moving around in the game is fun in itself, without taking into account any of other extra mechanics. While we were there we had the chance to see that some people didn’t quite understand the tutorial, so, besides promoting the game a little bit, which is always welcomed, we managed to use this event as a mini playtesting session.

The second event we “attended” was MicAtlantica. We weren’t technically there, but Okhlos was, to the rejoice of everyone attending the event. MicAtlantica is taking place in Santiago de Compostela, Spain.

You can see a list of all the games in the event here. We are delighted to be able to be part of it, even if we are not there physically. Just being one of the ambassadors of the Argentinean’s game industry is quite a merit in itself. So if you are in Spain, go play it and tell us what you think!

That Aquaman fountain just made this already amazing game even more amazing.