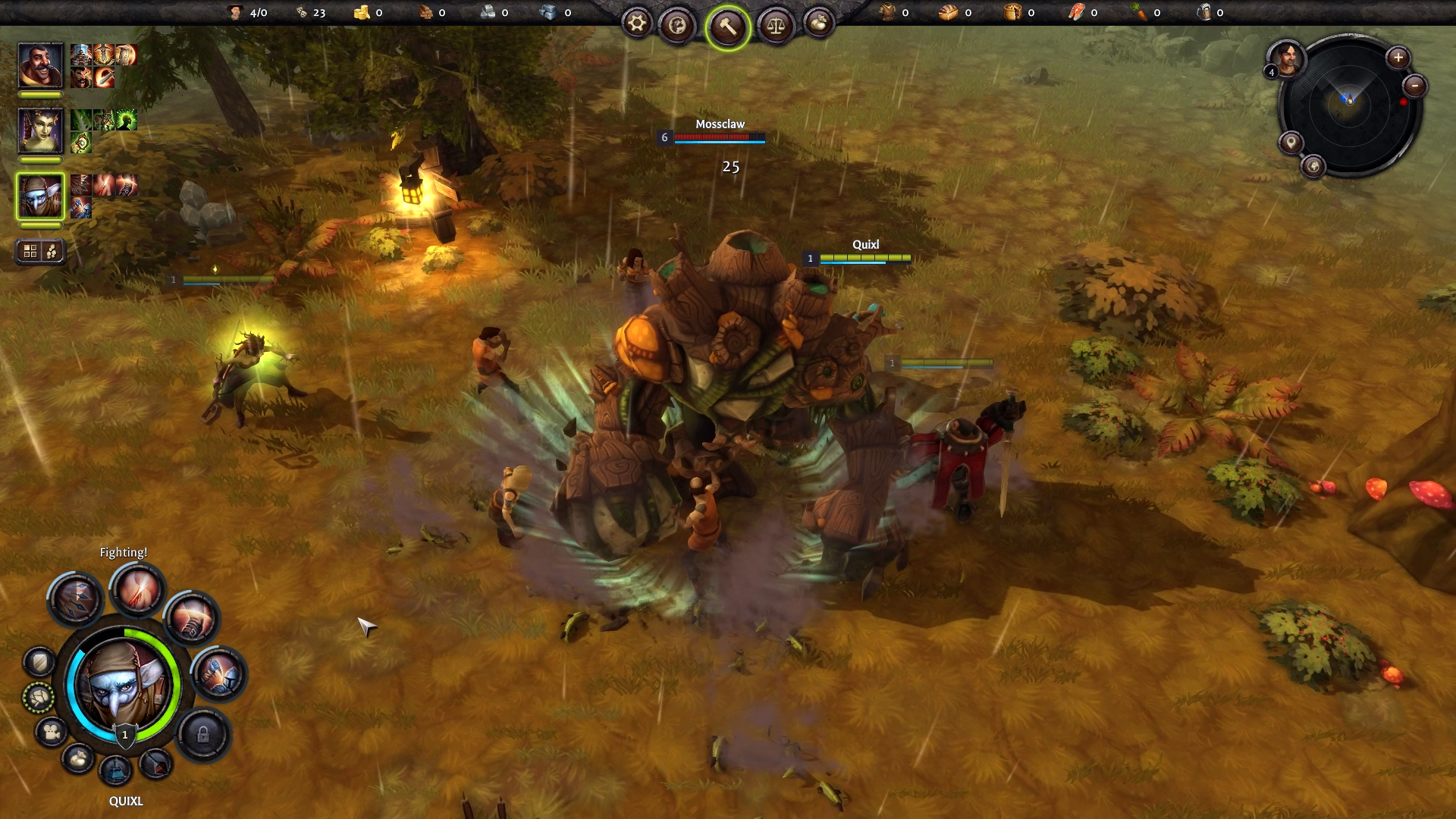 We're introducing a wide variety of special abilities to give each battle a unique flavour. In the battle with Bonefinger, his wing slams cause a series of stalactites to fall from the cavern ceiling. Stalactites damage and stun both heroes and Bonefinger, potentially changing the course of a battle. Mindful players can evade them by keeping an eye out for the warning signs and moving their heroes in time.

Managing multiple heroes can be a handful for less experienced players, and this is where the new hero AI takes over. By selecting and playing just one hero, the other heroes in the party think for themselves, using their special abilities at opportune moments. For advanced players wanting full control, auto AI can be toggled off in the character portrait and heroes swapped between quickly using the F-keys.

Besides units now being more responsive to player commands, hero ability targeting has been improved with AOE and arc indicators, injecting a further skill element into combat. 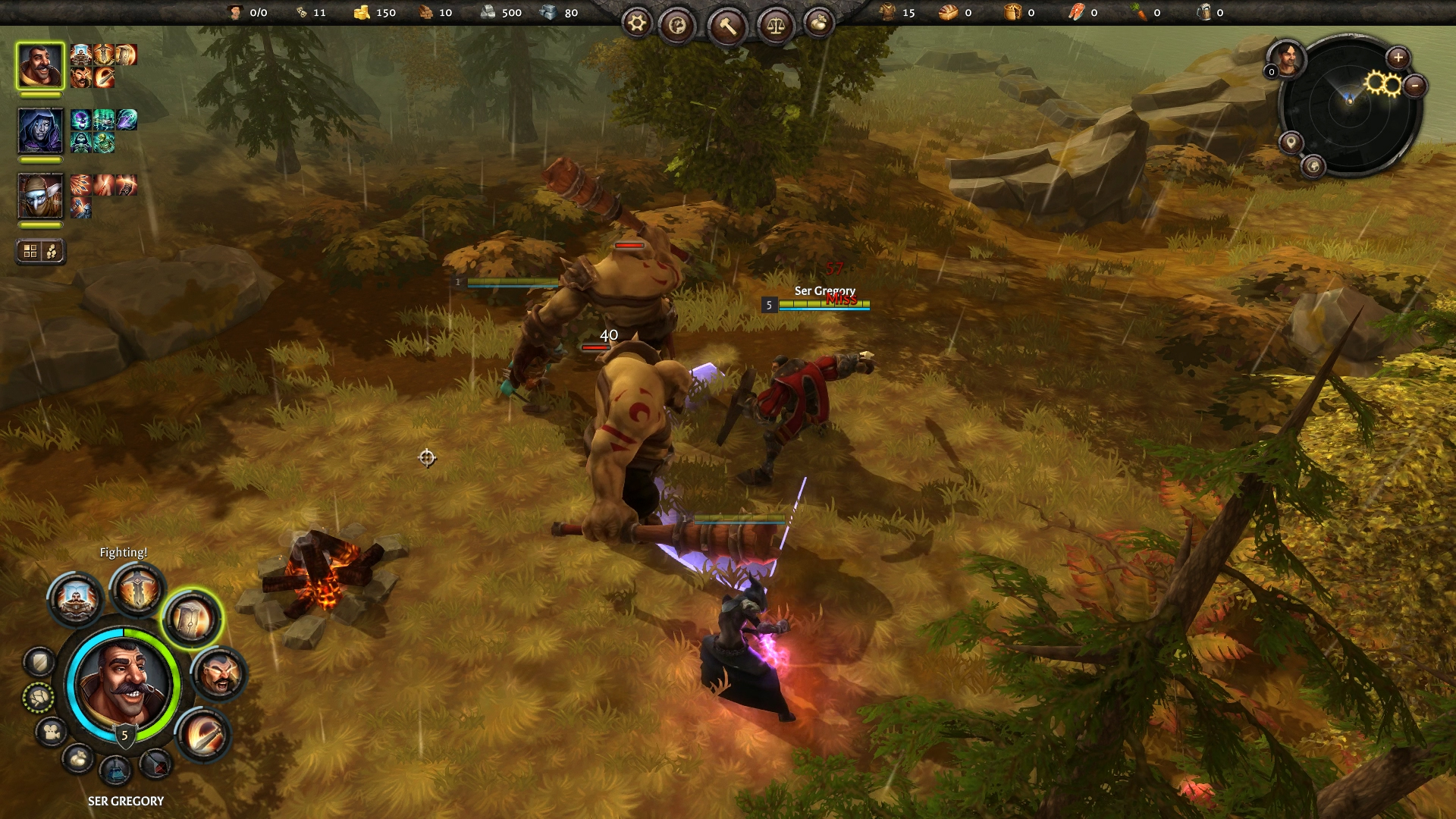 We recognise that players of all abilities enjoy the game, and in Alpha 28 we've addressed that with auto-balancing, and an overall difficulty setting. With auto-balancing, each encounter has it's challenge rating adjusted to match what's happening in the game. As the player party expands, levels up, and equips more loot, the game automatically starts to ramp up the challenge level. It's designed to lag somewhat, so players feel the immediate benefit of a new epic sword, or a new armor set, but without giving them a long term edge over opponents. This keeps battles challenging and interesting throughout for all players. 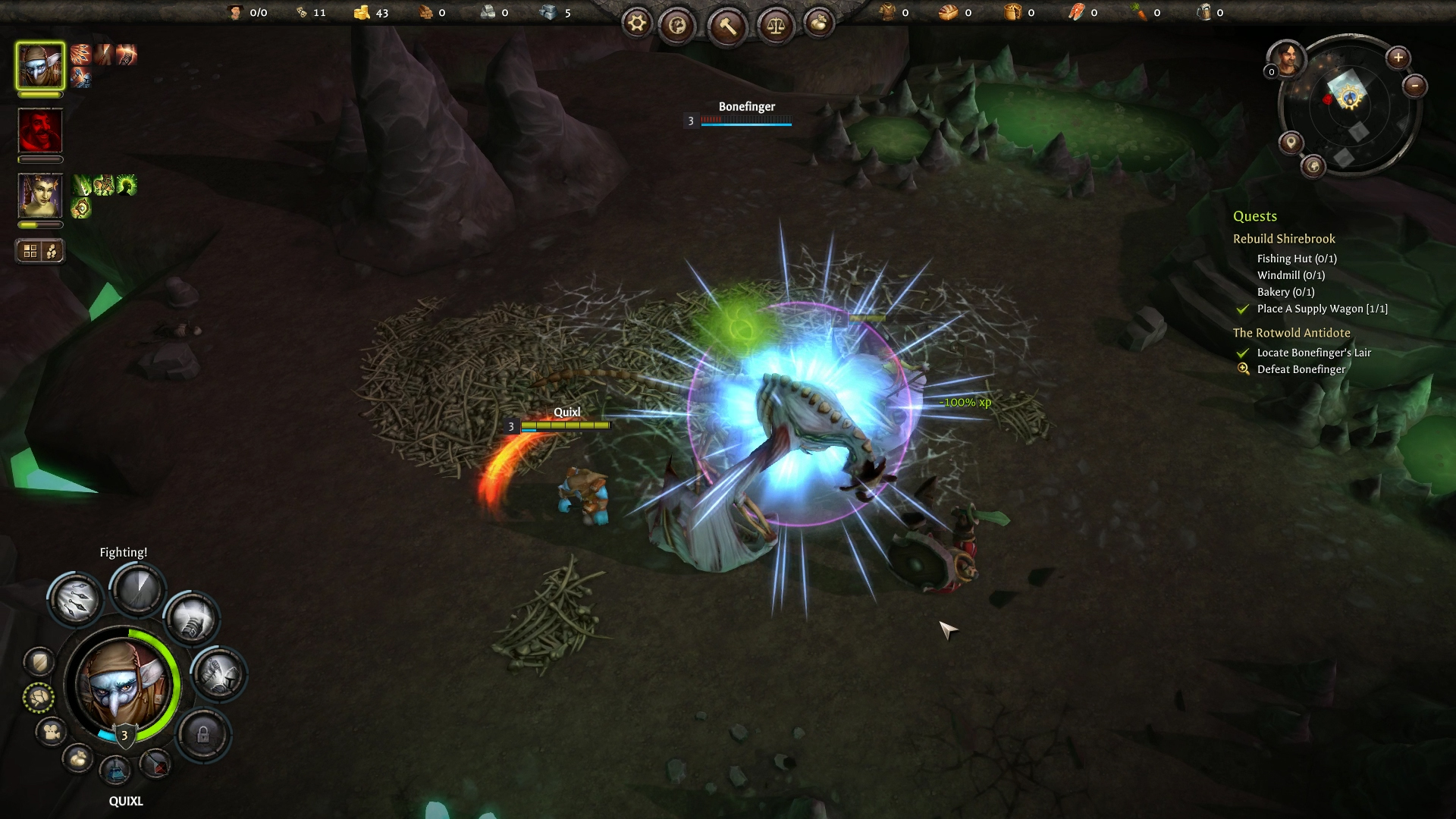 For players finding the game a little too tough or not challenging enough, the new difficulty setting adjusts gameplay accordingly. XP penalties for death are ramped, monster encounter challenges made easier or harder, and even spider queens stop attacking your village on easy. With these tools players can now find a challenge level that's right for them.

When it comes to adventuring, world map travel is now available from any portal. Players can either choose to travel directly to where a portal leads, or open the world map to choose an alternative destination, including specific portals that they have discovered. Sandbox maps are now interconnected, with players able to travel between locations and start multiple villages. 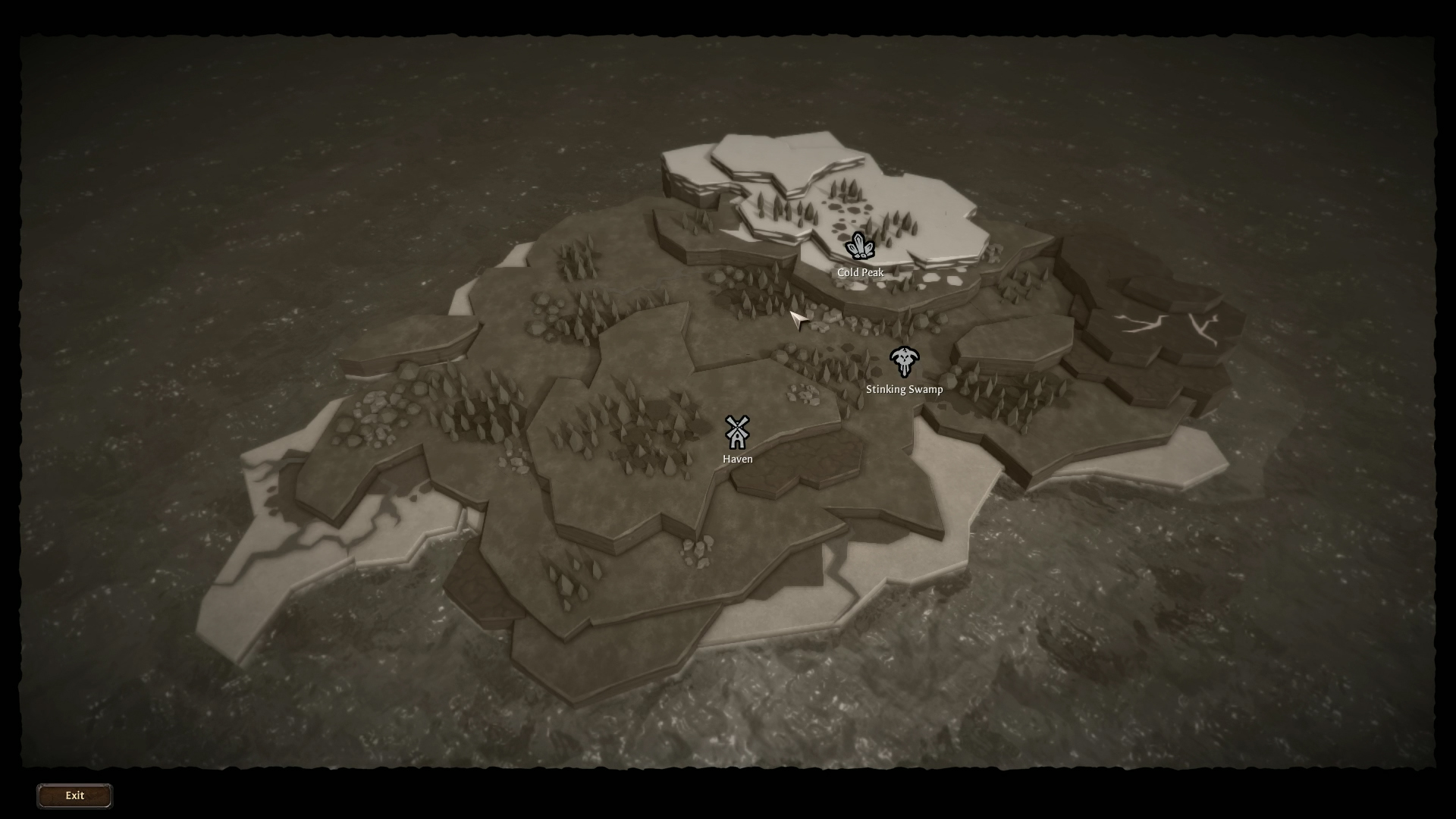 Key bindings are now configurable via settings, so if you are left-handed or have a non-English layout keyboard the game should now support your needs better.

Work is wrapping up on Act I, with just the faction leader boss battles left to implement. Work is progressing well on Act II where we meet the unscrupulous Grublins and glorious Toadkin empire in the Bountiful Bog region. Much of the level design is already complete, all the characters and props are ready, and work has begun in implementing the campaign script. We're expecting to have Act II wrapped up by the end of this year. 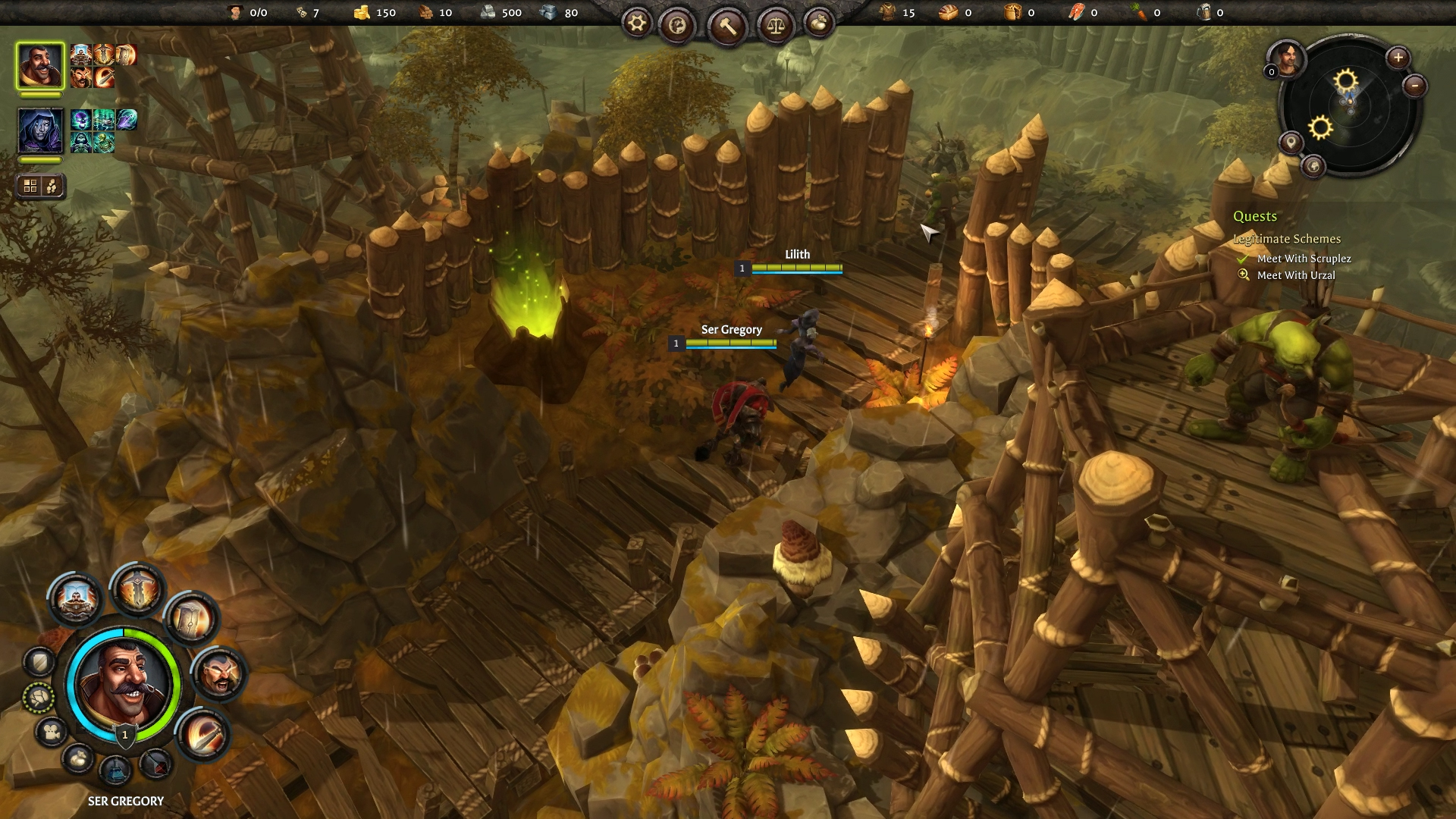 Over in the editor, workbench receives 11 more node types for level designers to experiment with, while the ability to preview the navmesh is extremely helpful in ironing out pathfinding issues.

New kits include the Glacian Ice Palace, and the Fishing Docks kit, both of which are being used in the rollout of the campaign. The ice palace kit can be seen in action by visiting Spirefrost in the sandbox snow zone. 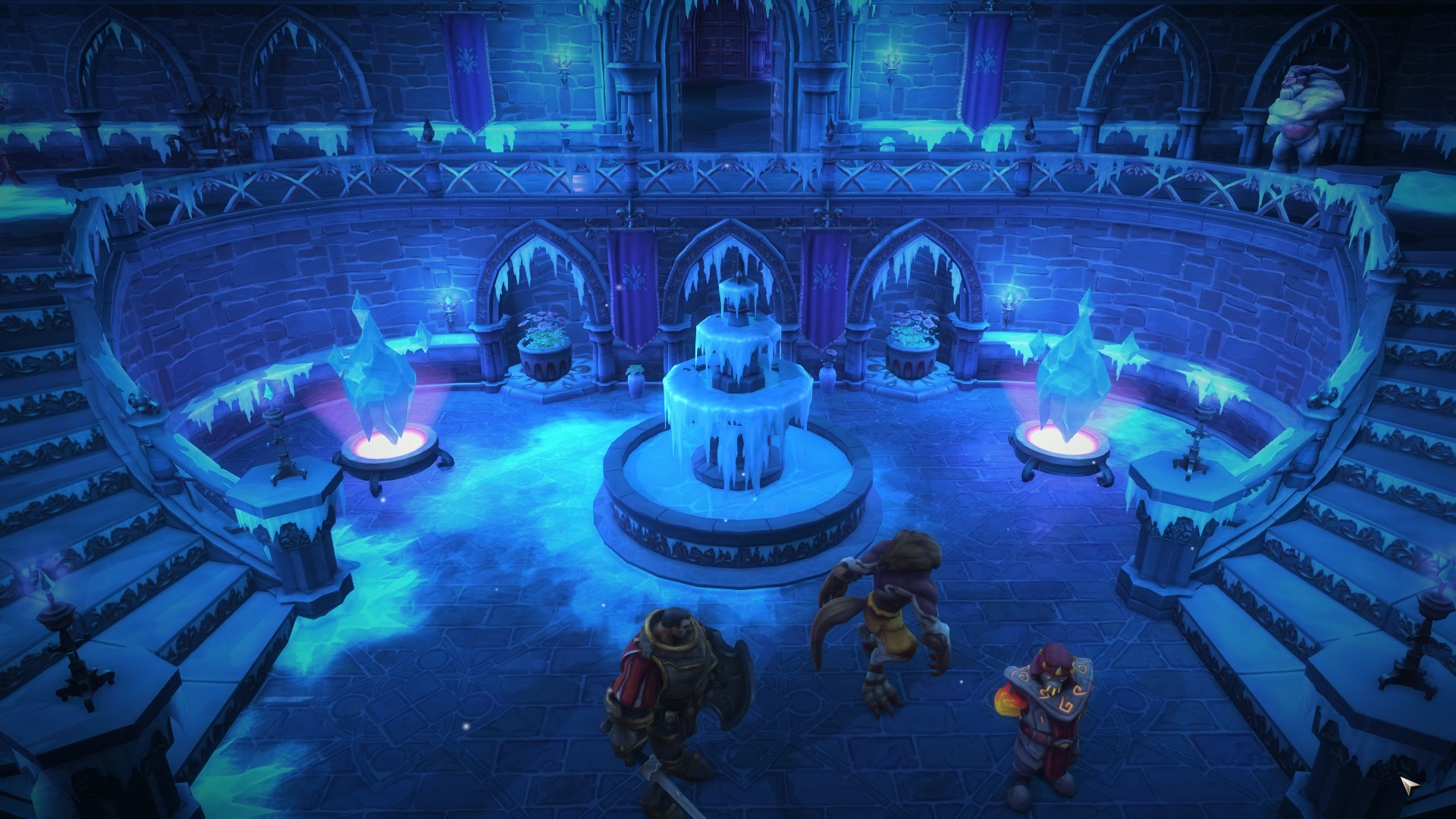 These are just some of the high level changes the team have been working on. Countless bug fixes and minor improvements are included too, and overall the game takes another step towards feeling polished.

Have a great summer. Until next time, bye for now.

The visuals aesthetics are amazing!!! Animations are spot on as well... Great looking title!