Some new screenshots and a quick development update.

Hello! Brad here, with an update on the development of Flagship. After tying up some loose ends on the main 'local' simulation (the fruits of which you can see in our previous videos), I've spent the last few weeks developing the galactic simulation that will provide the foundation for the strategy components of the game. Up until now, you could enter a planetary system and ships would be generated procedurally, but the AI had no awareness of ships in other systems, nor of any planets other than the one they were currently orbiting. Being an RTS game at it's core, this sort of awareness is pretty essential! The simulation will extend to most objects in the galaxy; from planetary colonies to escape pods, so it's proving to be quite a big technical challenge.

I've also spent some time tweaking the visuals. One thing that was really bugging me was the lack of glow emanating from the sun (you can see in the videos it's pretty much just a light yellow sphere). Adding a more prominent glow improved things straight away. I also added a bloom effect and sunshafts that begin to appear as you get closer to the sun. The key to appealing image effects is subtlety, so these will probably continue to get tweaked throughout development. While we're still a long way from achieving the visual polish we want, I'm really pleased with the progress we're making. 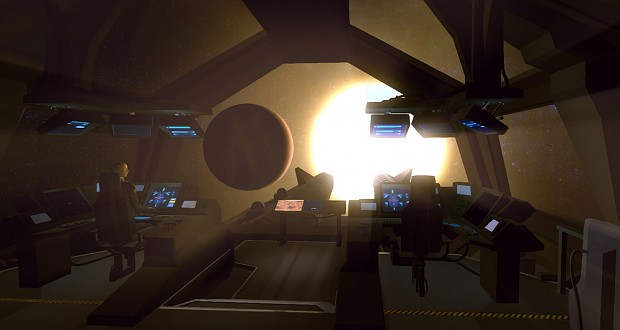 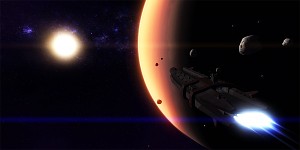 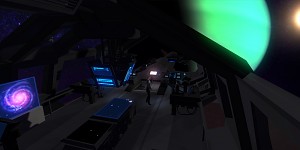 Hi there, I'm Matt, the other developer for Flagship. For the past few weeks I've been working hard on concepts and building 3D assets for the game. The vast majority of work done so far has been placeholder, but as we finalise the core gameplay I've been working on higher quality assets as well.

Right now I'm working on ship components and modules such as turrets, consoles, airlocks, doorways, etc. Modules will let us create a wide variety of ships either manually or procedurally, and although it might not all be usable in the initial release, we want to future-proof the game so that if we decide to expand the scope later (we have tons of ideas about that), we can do it without effecting the established designs. Expect a more detailed blog post soon!

sounds and looks great.
going to keep an eye on this one