Hello and welcome to our twenty-seventh field report! 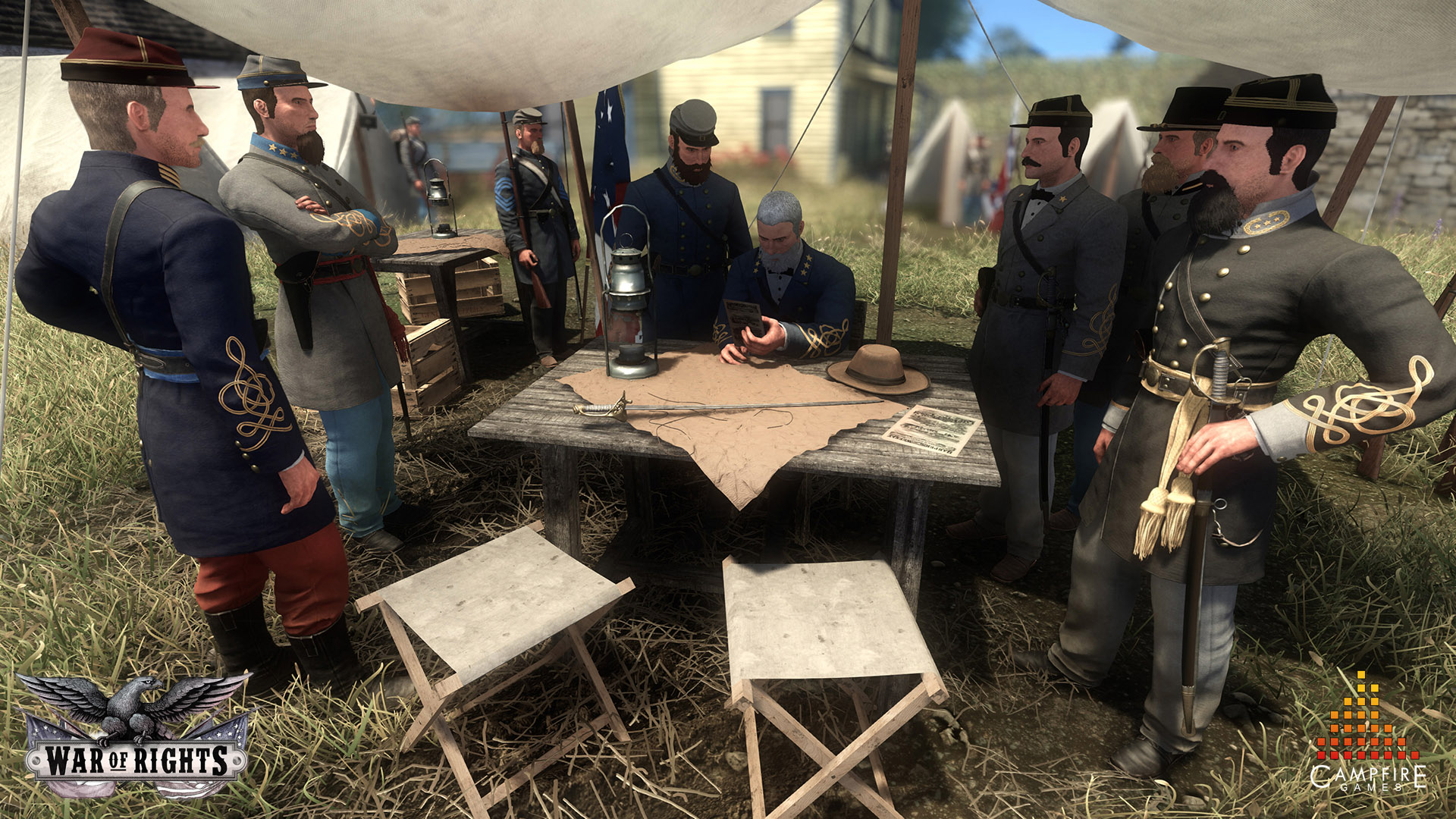 We're pleased to show you the Confederate officers in the latest episode of "The Fighting Men of War of Rights" which Hinkel, our community manager has created using some of our game assets. The voice actor Samuel Hayes has graciously lent us his voice to the series of which we're grateful – thank you!

We're pleased to show you one of the very iconic Confederate sharpshooting rifles of the war, the Whitworth Rifle. It was invented in England by Joseph Whitworth a few years prior to the war and a small number was bought by, and imported to the Confederacy. The Whitworth rifle was similar in design to that of the Enfield but boasted polygonal rifling instead of the traditional rifling method. This resulted in a smaller caliber but more accurate weapon due to the twist of the polygonal rifling.

A very limited amount of Confederate Whitworths was also used with a telescopic sight and thus will be available in War of Rights as well – although extremely seldom available. The Whitworth Rifle has a central part in the most recited quotes of the Civil War which is that of Union General John Sedgwick moments before he was killed during the Battle of Spotsylvania Courthouse in 1864: "...They couldn't hit an elephant at this distance." 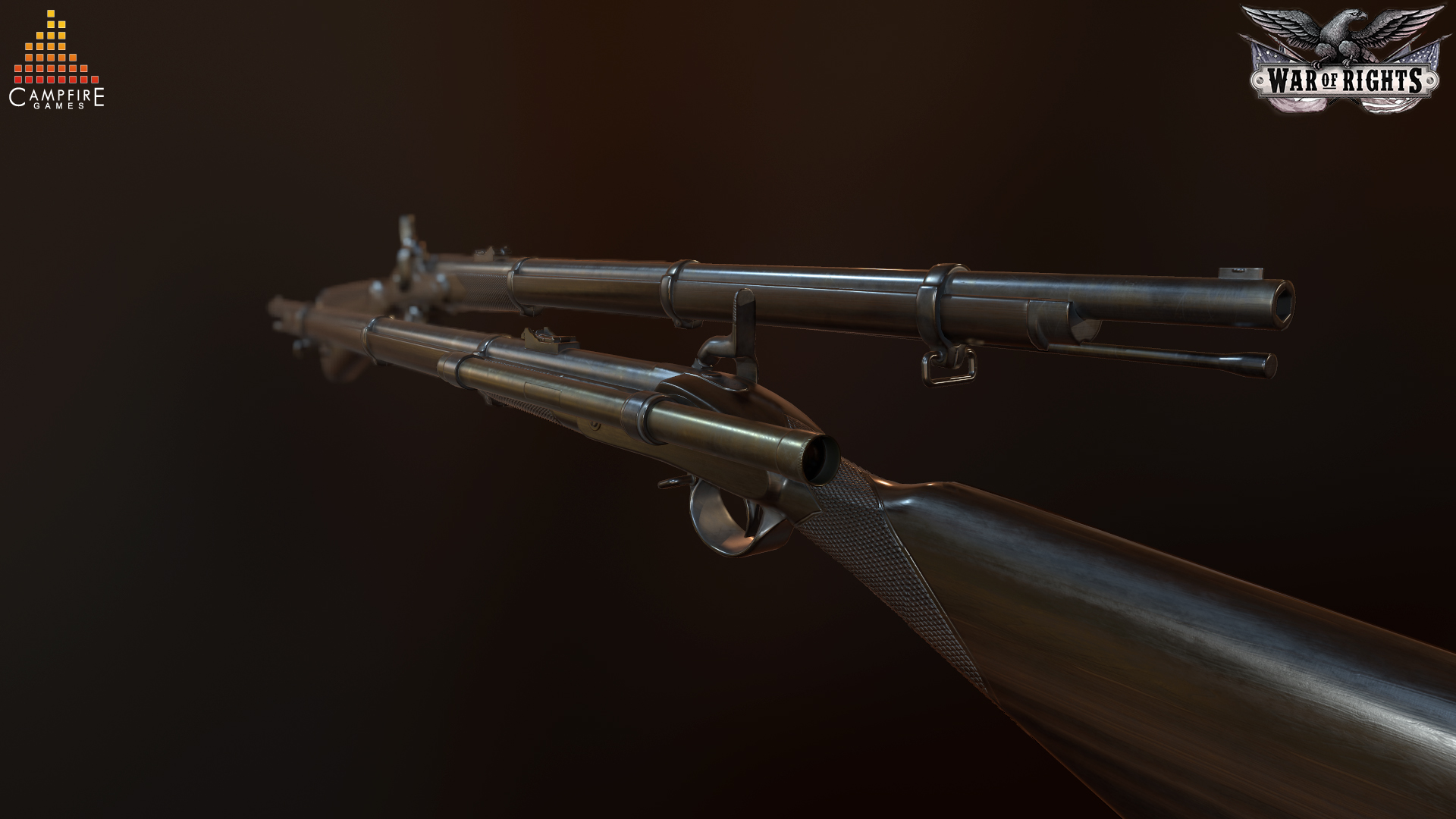 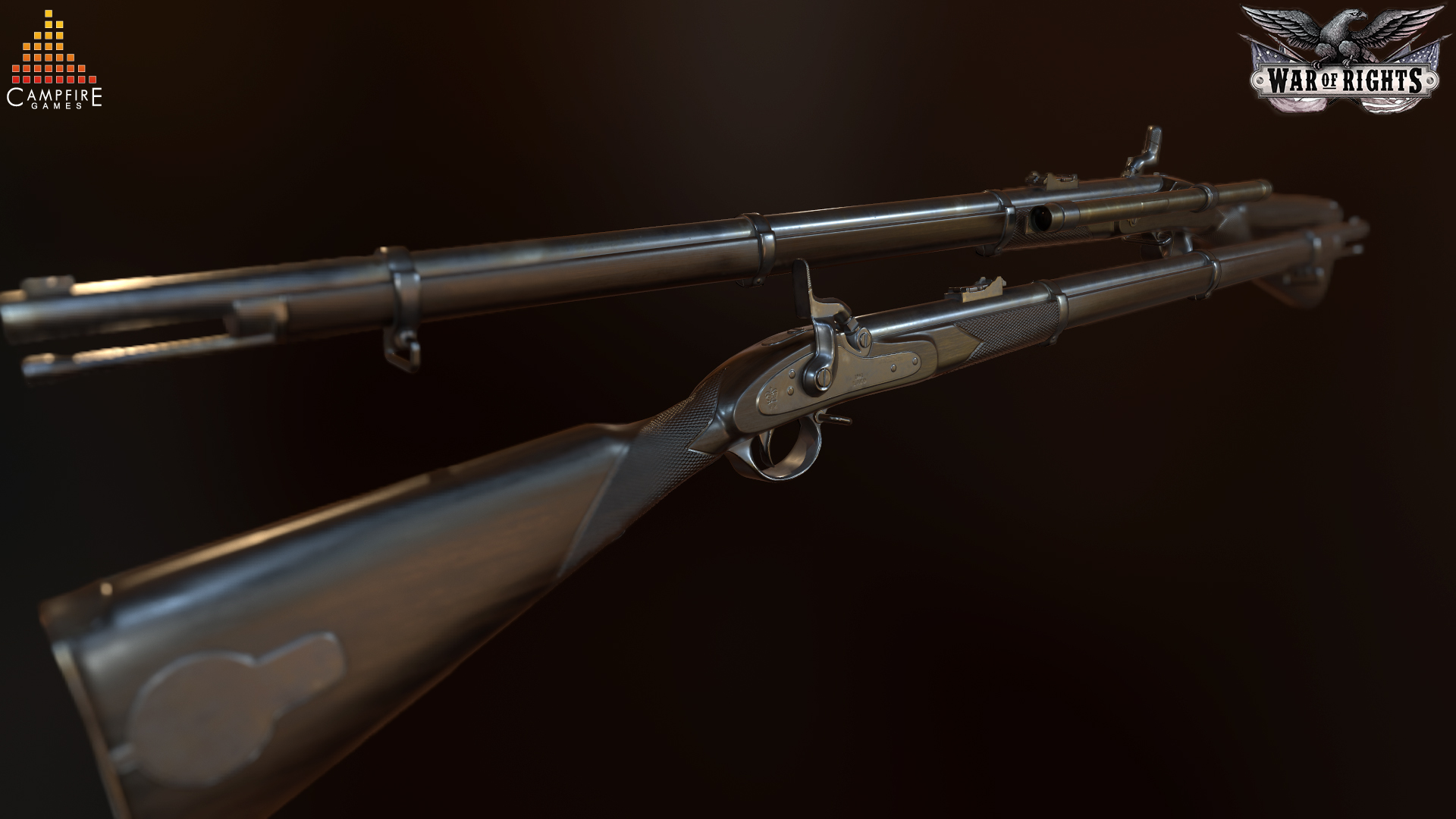 We've been hard at work getting everything up to a certain quality and killing off the worst of the bugs before wanting to open up for the first invitational wave for the Drill Camp. We've now come so far that we're willing to give you all a rough estimate of when the first invites will be sent. The target for that is mid-may (so we're getting close!).

The first wave of invitations to the Drill Camp marks our very first publicly available Alpha release. Our Alpha is a real Alpha and not a cleverly marketed demo to attract more customers. In short, this means that the first wave of invites will be our first bigger test of the game outside of just the dev team. Expect a lot of funny (and frustrating) glitches, crashes, work in progress art assets & game systems etc.

Due to this, we've decided to kick things off by inviting a relatively small section of our Alpha level backers (Captain tier and higher) in the first wave. Every Lieutenant-Colonel tier backer and higher will receive an invite. Once the major bugs (and we do mean major) have been found by this relatively small group of people, we'll open up the Drill Camp with quite a few bits of added content (doubling the Drill Camp map size with the inclusion of a CSA army camp) to the rest of our Alpha backers (Major Physical, Major & Captain). We cannot go into detail about when we'll open up for this segment just yet – that very much depends on how well the initial wave of invites go, but we're certainly not talking months but weeks.

We cannot wait to get the Alpha going and we hope you're looking forward to it as well. We'd like to thank all of our backers for believing in us and helping us make this, very important milestone to us, a reality – thank you!

As a final note, here are a few photos of the new WoR HQ in Denmark where we spend most of our waking hours. 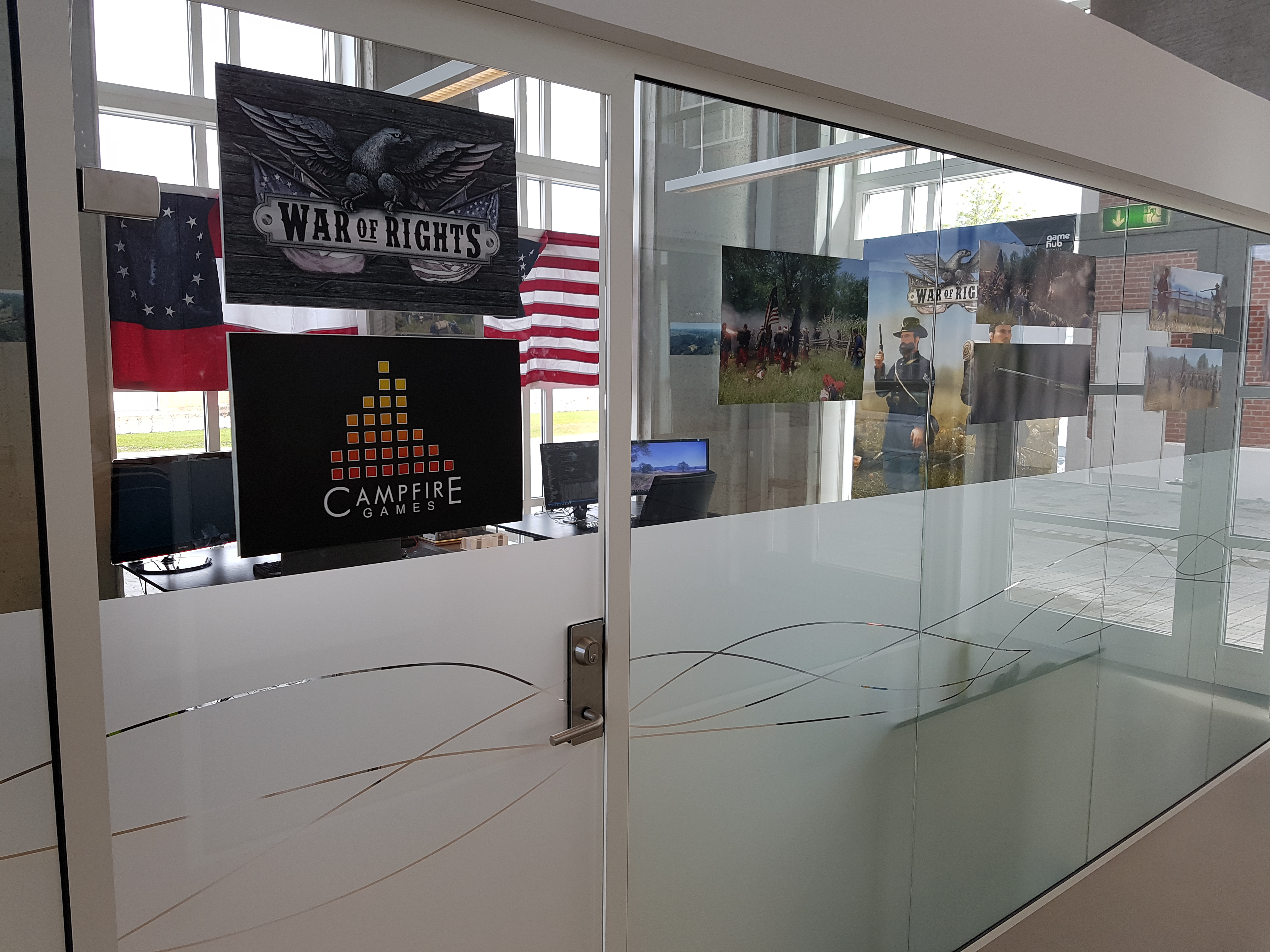 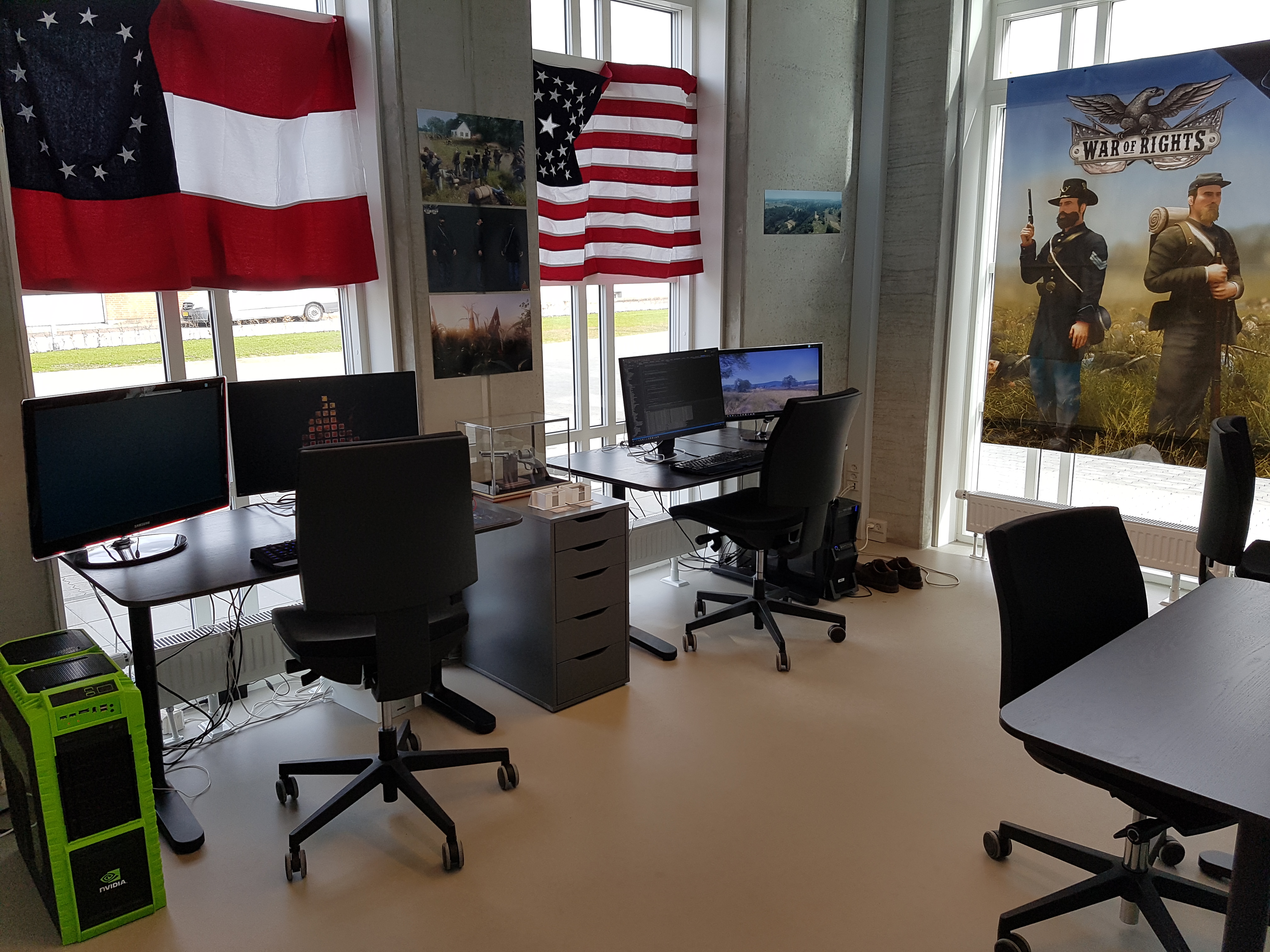 I'm curious as to your plan for the weapons. Since the whitworth is so rare, how do you plan on representing that in-game? Will players fill certain spots in a roster, with each spot assigned it's own weapon?

Yes, there'll be very limited amounts of sharpshooter spots in the game. A small percentage of these will be able to use a scoped rifle such as the withworth or targeting rifle.

Hmm, I didn't know they used scoped rifles in the Civil War. Nice!

were you talking about FoV? Field of vision ?

He's talking about "Fire on Horseback" or being able to shoot a ranged weapon while moving on horse. Some mount and blade communitites and servers ban it because they believe it is OP. Most likely coming from the North and South community. Most groups ban FOH.

What lol, why would the devs run line battles?