It’s a little hard to believe it, but another week has already come and gone. We’re putting more polish into our game as we press towards Kickstarter in the Spring. In this update, we’re talking about our new miasma storm feature, and showing you improvements we’ve made to our spells and levels.

Posted by ScrapingBottomGames on Jan 18th, 2016

We’ve been upgrading our world map pretty drastically over the last few weeks. One of the things you may have noticed in our map gif from last week is the storm cloud on the lower-right portion of the map.

That storm cloud represents a Miasma Storm. These storms can be very deadly and should be avoided, as the corrupted seem to thrive in these conditions. Expect to face an overwhelming amount of difficult corrupted enemies when travelling through a Miasma Storm.

And you’re not alone; we really hope that these aren’t the final models of the corrupted too.

We’re improving our audio and visual effects on our spells, and this is readily apparent in this short video. Check out the great sounds and the new look of our Fireball.

We’ve also been working on improving our levels so that they feel more complete and immersive. Here’s a couple screen shots showing several of our updated locations: 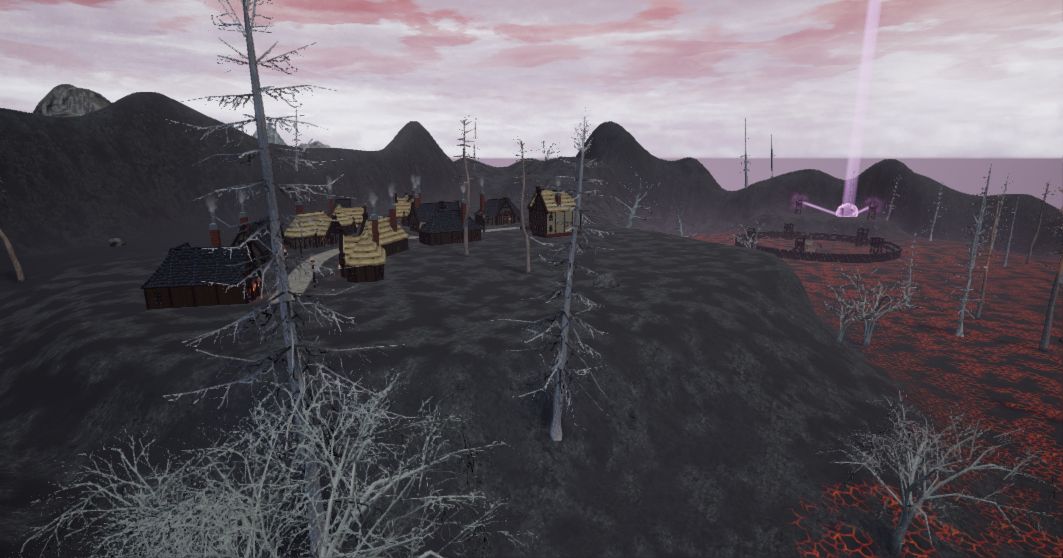 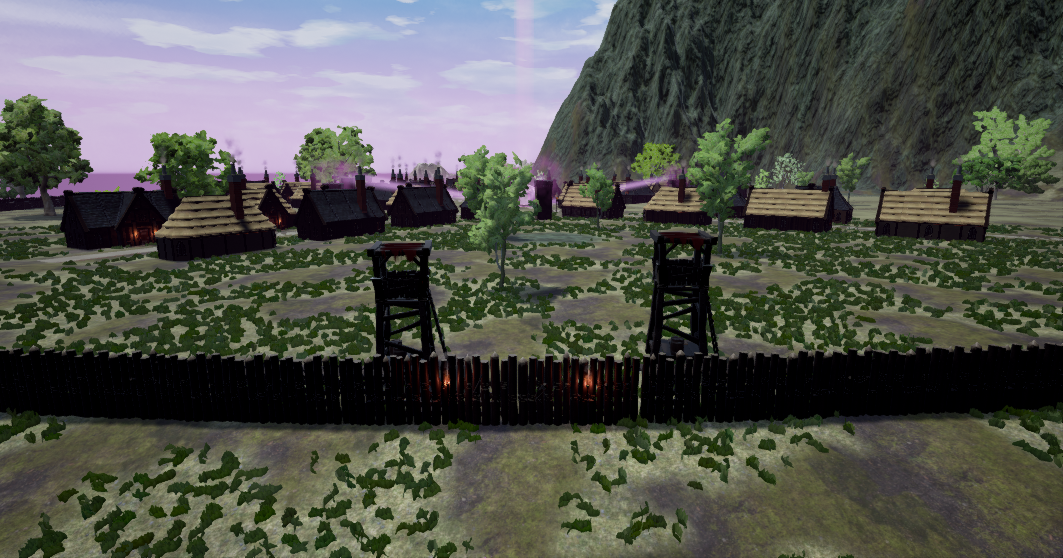 In line with that, Greg has created new spline tools in the Unreal Engine do some of the heavy lifting for him. Take a look at the pictures below of a procedural town spline: 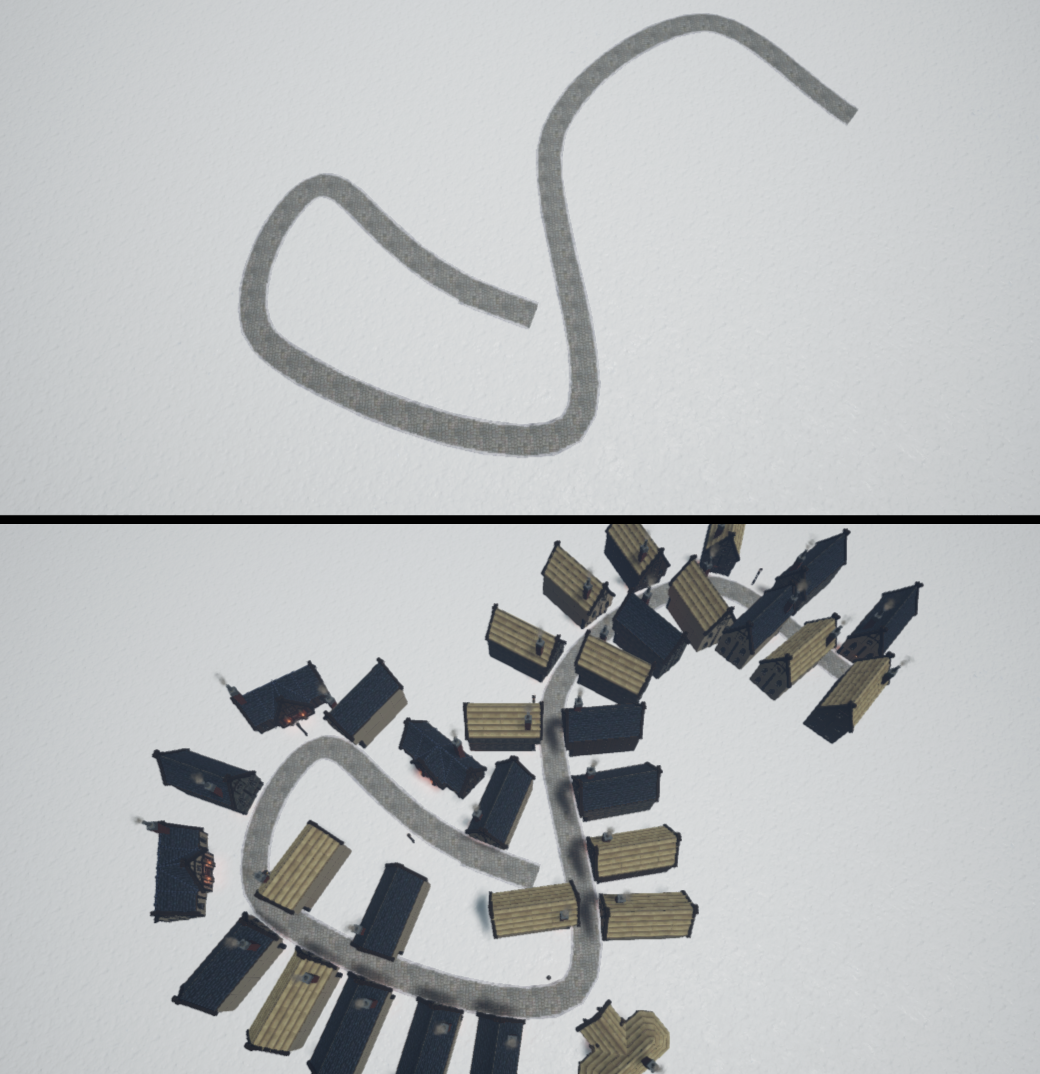 The first image is of a spline we set manually that lays out the road of the town. The tool will auto-generate town using the road we created (second image)! This tool has come a long way from where it started and we’re thrilled.

Chip has been hard at work improving our spell shaping system, specifically, looking at the runes. Last week, he added the ability for runes to be randomly generated. This week, he’s taken it a step further by allowing those runes to populate the stores throughout the region. 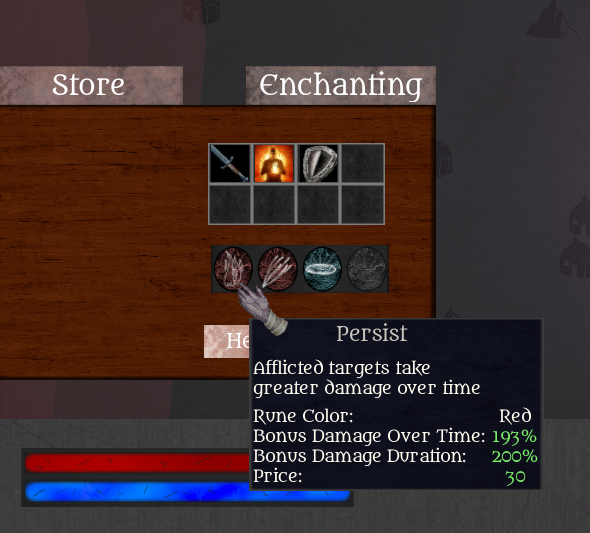 Looking at the above screenshot, you might have noticed rune color—that’s brand new for runes as well. The different rune colors indicate which spell school(s) the rune can be applied to:

Keep in mind that you are limited to a certain number of spell runes, so you’ll need to choose the runes that best suit your spells and play style.

Talk to you next week! Weekly updates can come straight to you via our newsletter, hang out with us at /r/fictorum and we have more fun stuff posted on Twitter and Facebook, so follow and like us on there. Or just track us here!