Hello. Super Hatch Games is proud and excited to announce our first game! Featherpunk Prime is an action-platformer mega mission with a mighty weapons arsenal, tricky procedural levels and colossal boss fights! It's one super-agile Robo-Flamingo and its armoured sidekick against a horde of avian warbots; relentless, powerful and berserk! You'll need skill, strategy and a slick trigger finger. Ascend the tower, destroy the Cybirdyne Guardians and execute the Evil Overlord: Madame Zoo… 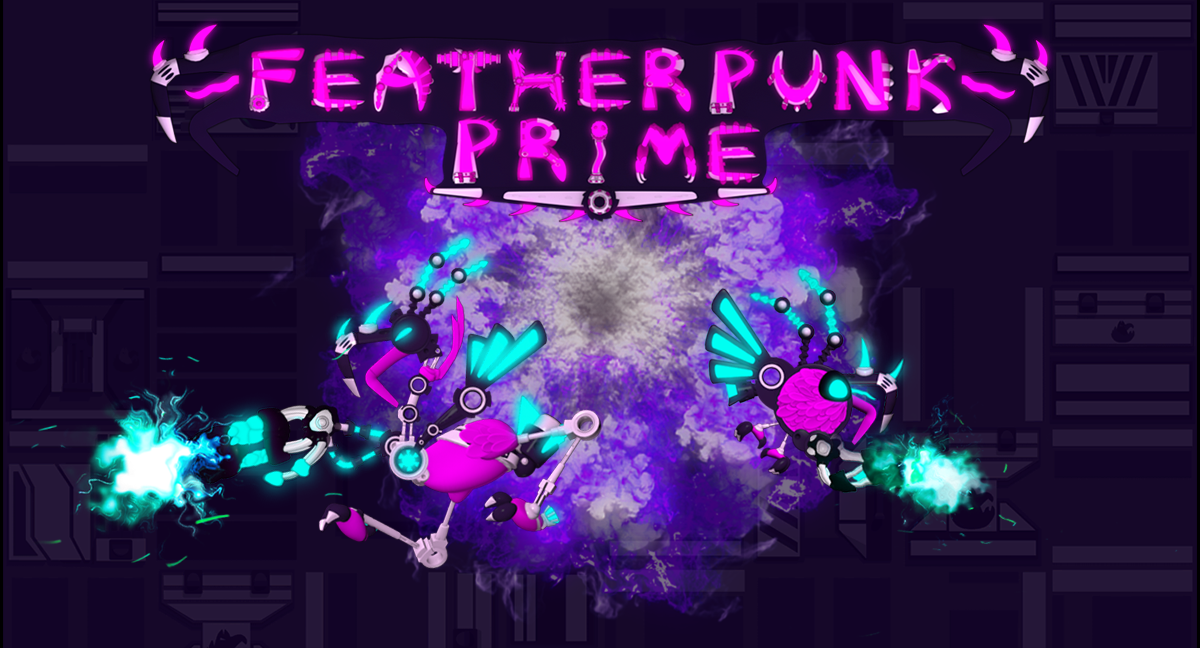 Check out the first trailer here!

Featherpunk Prime has been in development since July 2015 and will be released in August 2016, for PC and hopefully a range of other platforms. We shall soon be entering Steam Greenlight and would be grateful for you support! Follow us on twitter and check our website to stay tuned.

Super Hatch Games is comprised of two core team members, with some help for music and sound. We are Stephen Payne (Artist) and Dan Jeffrey (Programmer). We worked together at Sony's London Studio for 8 years on a range of projects, most recently on Playstation VR experiences, The Deep and The London Heist. We felt the time was right to leave Sony and build our own smaller, personal and more traditional game. We share a love of the same types of games and wanted to create something we wanted to play. And so, Featherpunk Prime was born!

The game will be playable at EGX Rezzed in April. We hope to see you there! Check out more about the event here