Including some gameplay prototype videos, pictures and plans.

Some month earlier I had thought making some sort of Abuse remake in first person, but things have progressed into more fantasy direction. The story has developed into more than just one line, or at least into a longer line. 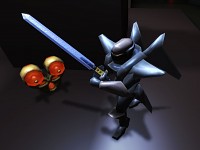 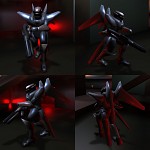 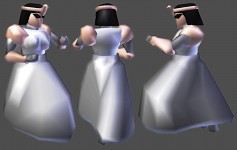 I've planned 4 playable main characters, each with their own abilities/powers and weapons. The powers would affect player's Movement, Armor/Shield and Health Regeneration. It would also include some simple character development. Current plan has these main characters: Angel (or Knight?), Princess, Queen and a Monster. The story would change a bit depending on which character the player plays, or if the game is played in multiplayer cooperative mode.

The unchanging part of the story is the King getting killed by the Queen. The King becomes a Ghost. The Queen creates an army of Evil Monsters. The Angel and/or Princess may need rescuing. The monster army may get Cursed by the King's Ghost and turn hostile against the Queen. The Curse might not work so well and the King's Ghost only manage to possess one monster. 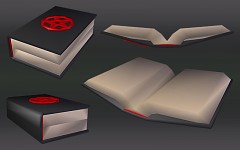 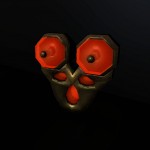 I've thought there would be both fantasy/magic and sci-fi/tech weapons and items. Think of it as the "fantasy world" 2000 years forward from the usual "medieval" time. Each character would have some 4 weapons with 2 different attacks per weapon. Melee weapons would also function different depending on player's movement direction.

Graphics style is going to be minimalistic, but the models will be properly UV wrapped, so they could have complex textures too. Most models will be modelled so that colors only change together with mesh elements. This may result in somewhat robotic look for the characters.

At the moment the level textures are just single color blur. They'll get some more shapes/bump maps later, but not much material definition.

The levels will be some HUB levels that are connected to "normal" levels. Player could play the levels in pretty much any order he/she wants. There would be some obstacles in the way, so player couldn't instantly run into the final boss level... The levels could be played again too. Playing a level again could change the monster/thing layout, so it wouldn't be the exact same as the previous time. Also the monsters could respawn.

Diggin the style, nice update yo